For Day 16 of the 30 Days of Biking challenge I rode up and down the driveway a few times testing out the diSSent after lowering the handlebars an inch and adjusting the cleats on my new riding shoes.  The bars feel pretty good but they could go lower which means so I might actually look for a 0 degree stem or flip the FUGly stem over which should flatten it out.  Of course now have a happy steering tube, too, but I will get that fixed when I get the firm spring for the Manitou Minute. 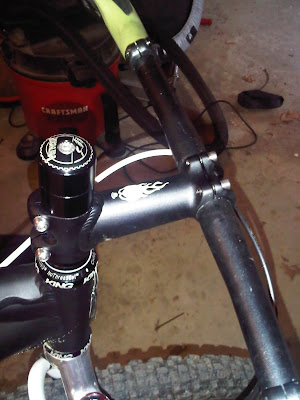 Looking at all my other riding shoes, they were all set to the 20 degree release but for some reason I put set my new ones to 15.  Just to be safe, though, I added the shim and they work much better now. 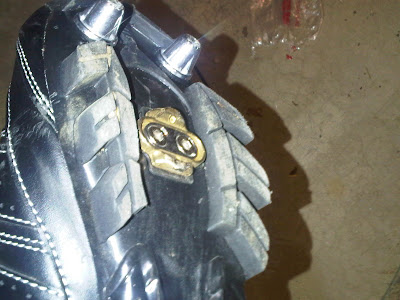 Besides loading up the car for Sunday's race at Winding Trails I finally got my Thule Sidearm rack installed on the car.  I had one of these before but it got stolen at the Bridgeport Train Station.  Since then I never gone back to go to NYC.  It's actually cheaper to park at Golden's Bridge and easier to get to because it's all highway. 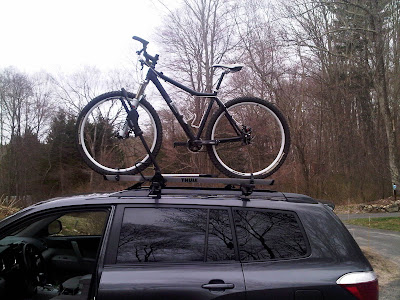 Then I tired removing a chain link to see if I could get a little more tension in my chain but the diSSent sliders didn't slide enough to inwards.  By adding a half link, I did get it to add a little more tension but I didn't like the idea of riding on a half link without testing it first.  Probably what I should do is add another link and then push the sliders out further.  I will try that after this race to see what's like. 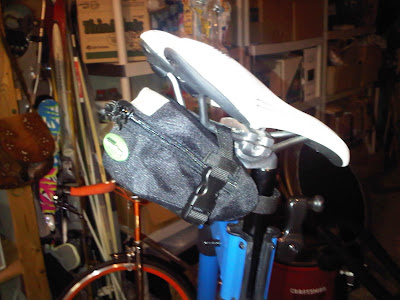 The last thing I did to prepare for the race tomorrow was to go out and get a new 29er tube from The Bicycle Center in Brookfield and I almost bought a medium Cannondale seatbag that looked like an elephant's trunk when I found this one in the bargain bin for $5.  It's perfect!  Fits a tube, my multi-tool, a couple of zip ties, and my car key. 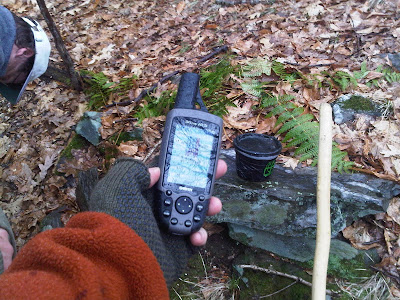 In the afternoon, my wife's family came over and my faither-in-law and brother-in-law wanted to go Geocaching in some local open space nearby that I have ridden quite a bit in the past.  It was a puzzle cache where you had to figure out the coordinates for the first cache to find it.  Once you found it, there were questions pertaining to the theme of the puzzle cache that you had to answer to get to the next cache.  Turns out the theme was Snow White and Seven Dwarfs, so the first seven caches were to find the dwarfs and the last cache was to find Snow White. 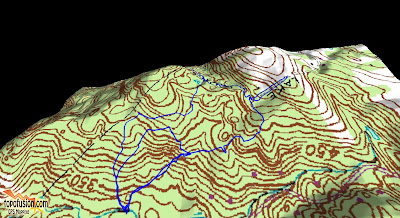 The caches were situated along a trail system that I frequently ride are in Brookfield's Burr Farm Open Space or what I now refer to the Dinglebrook trails.  It was really weird walking trails that I have only ever ridden. 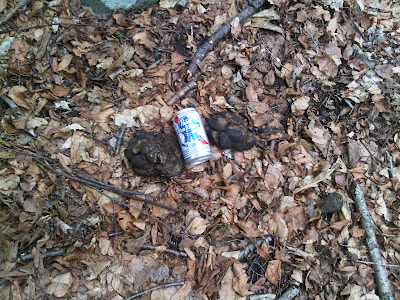 Found this empty PBR can nestle in with some horse biscuits that I think someone put there as a joke.  Unfortunately, I didn't have a way to pack it out with me so I hid it in the decoy cache.  Hopefully, the next geocacher will find it and pack it out but in the meantime, the wicked queen is being kept company by my old friend.  What's interesting to note about the placement of the biscuits is that it's off trail so the equestrienne was courteous to curb their horse, bravo I say!  Bravo!  Next time I ride there, I will check on the queen and if my friend is still keeping her company I will take him with. 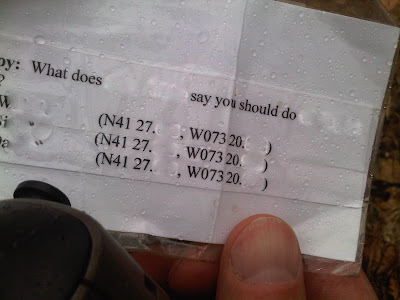 So what does this post have to do with Trail Building, you might ask?  In the picture above is a clue in which you use to find the next cache.  Turns out my recollection of Snow White and the Seven Dwarfs was not all that good and we got one of the answers wrong which meant we needed to go back to the last cache and get the right answer and thus coordinates.  Just to be safe, my brother-in-law used his iPhone to look at Wikipedia to answer the question correctly this time.  Where we stopped was on an old farming trail and the light bulb went off in my head because I have always wanted to develop a mountain biking trail in here. 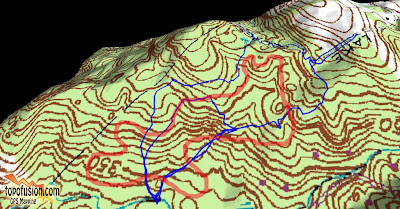 At the Snow White cache, which commands a pretty good view of the land is when I saw the new trail in my head.  There was nice swale-like draw to the north that had some half pipe potential and then there was a nice run where you cut diagonally along the contours to then swoop down towards the bench at the Dingle Brook but then cut up and over the ridge, maybe get a good huck in there, too and then switch back up to the cart track and back into the half pipe!  Oh the possibilities!
at 10:12 PM