I picked up a little motivator the other day to start getting my bikes ready for the coming cycling season.  These past two months have been so cold and snowy that riding has not been on my list of things to do.  Riding the trainer, while fun catching up on some of the TV programming that I have missed in the past week is fun, the Give-a-Shit Meter to do so is often lacking. 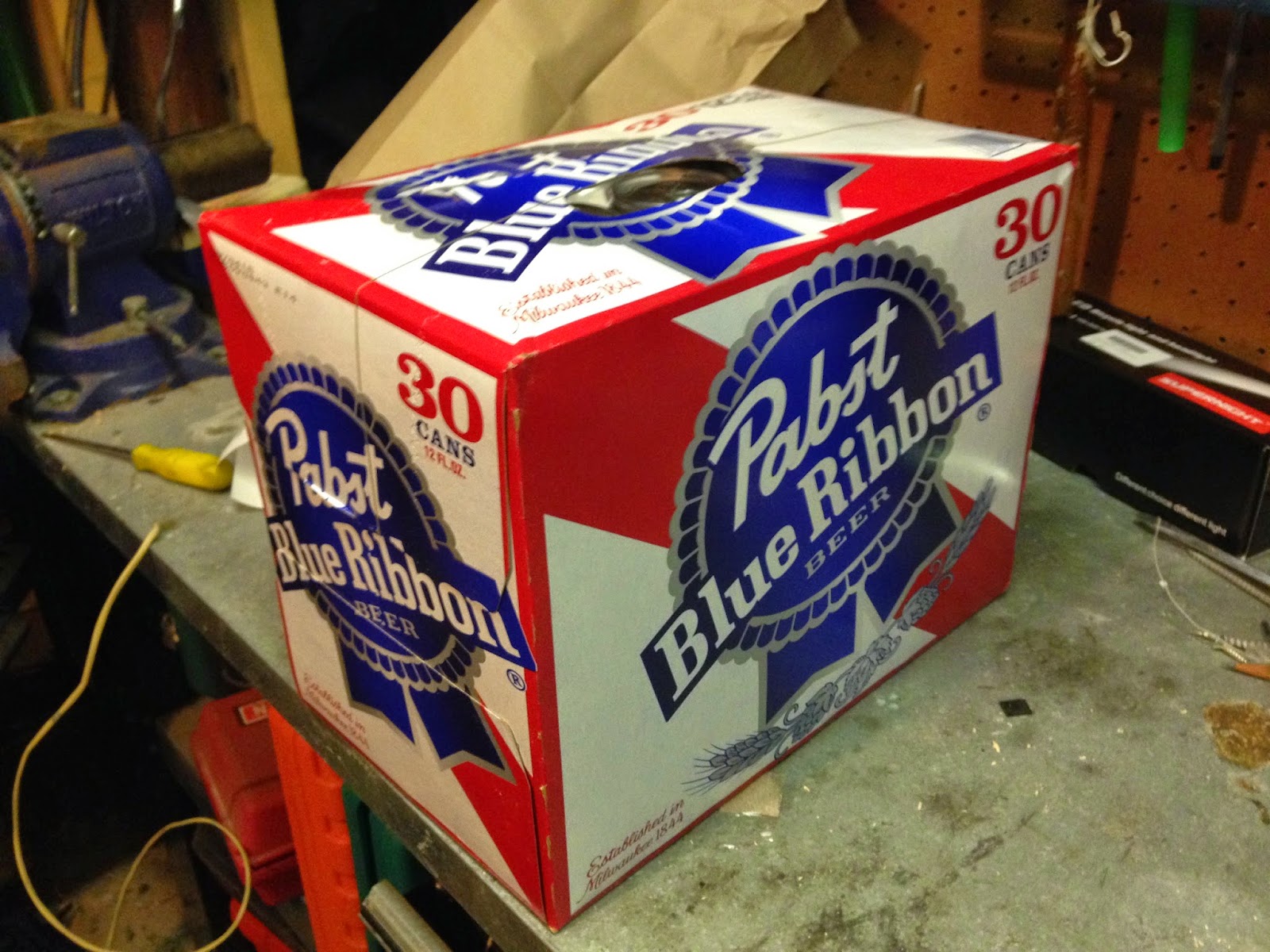 For the past two months I have been thinking that I need to make some changes on some of my bikes. 2015 I want to commute only by singlespeed and I while I didn't ride in the rain all that often, wet conditions were the norm in the spring and fenders are an important asset for commuting.  Not to mention, most of my Gravle rides never needed fenders. 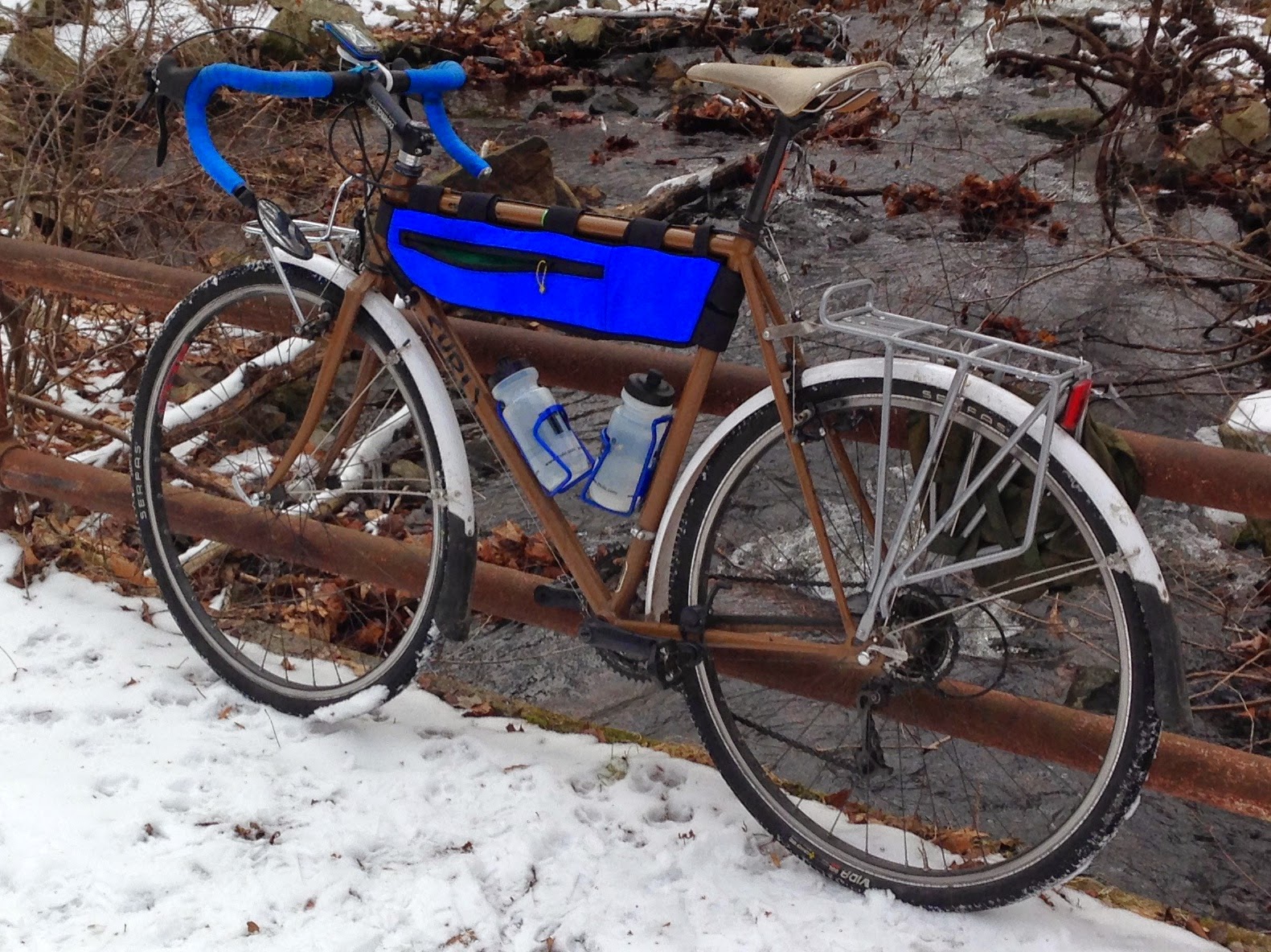 After removing the fenders, and removing the Serfas Vida tires from the rims I went back to the Vee Rubber tires.  They are 29x1.95 tires and just hit in the rear triangle but they really give new meaning to Fatties Fit Fine because they are fat! 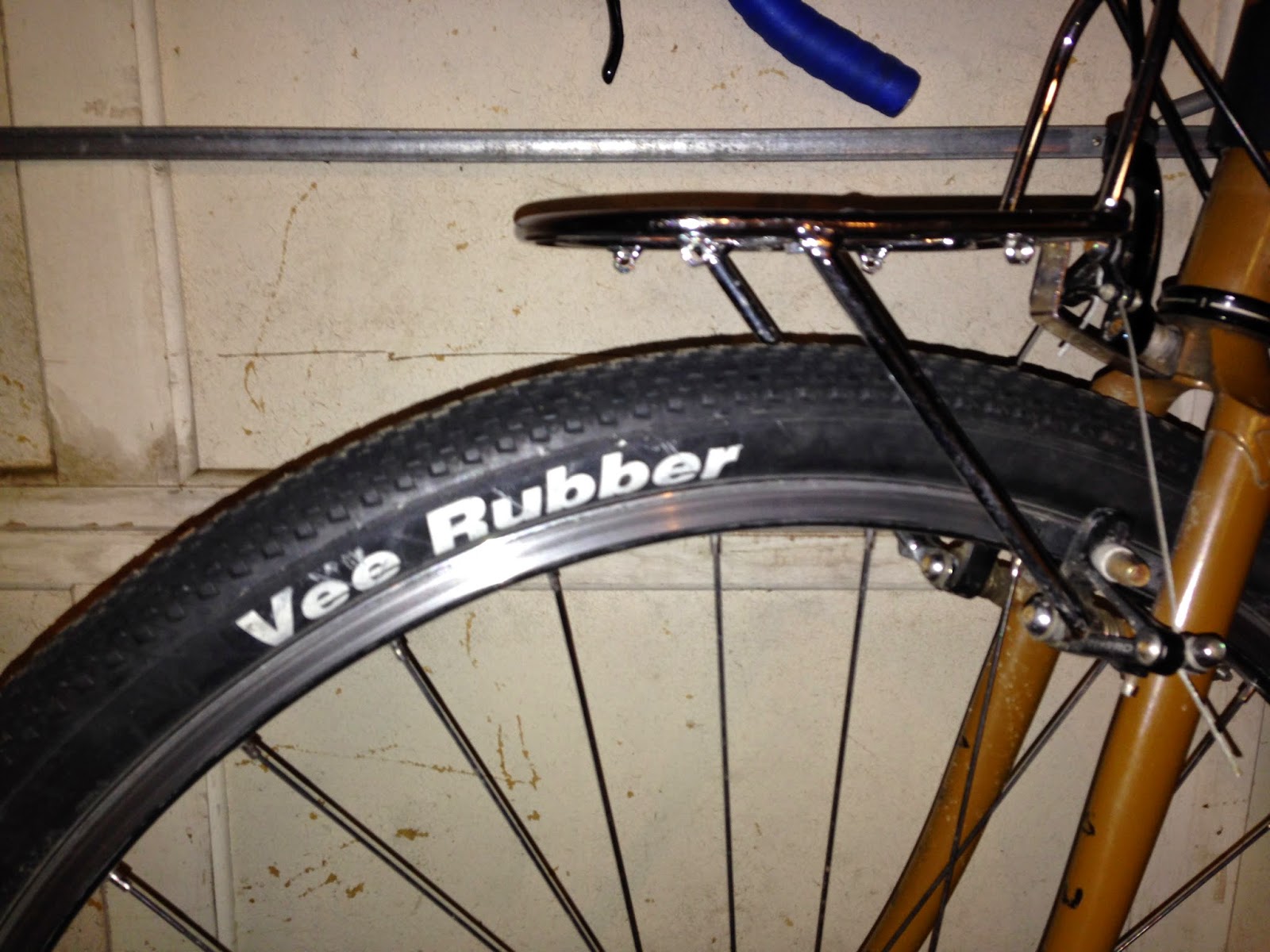 I rode these tires a few times but it was mostly pavement.  I need to try this out on a good Gravle ride when the weather gets a little better.  When I was putting the rear wheel back in I noticed that the rear derailleur pulley wheels were shark toothed and it looks like I am going to have to get them fixed. 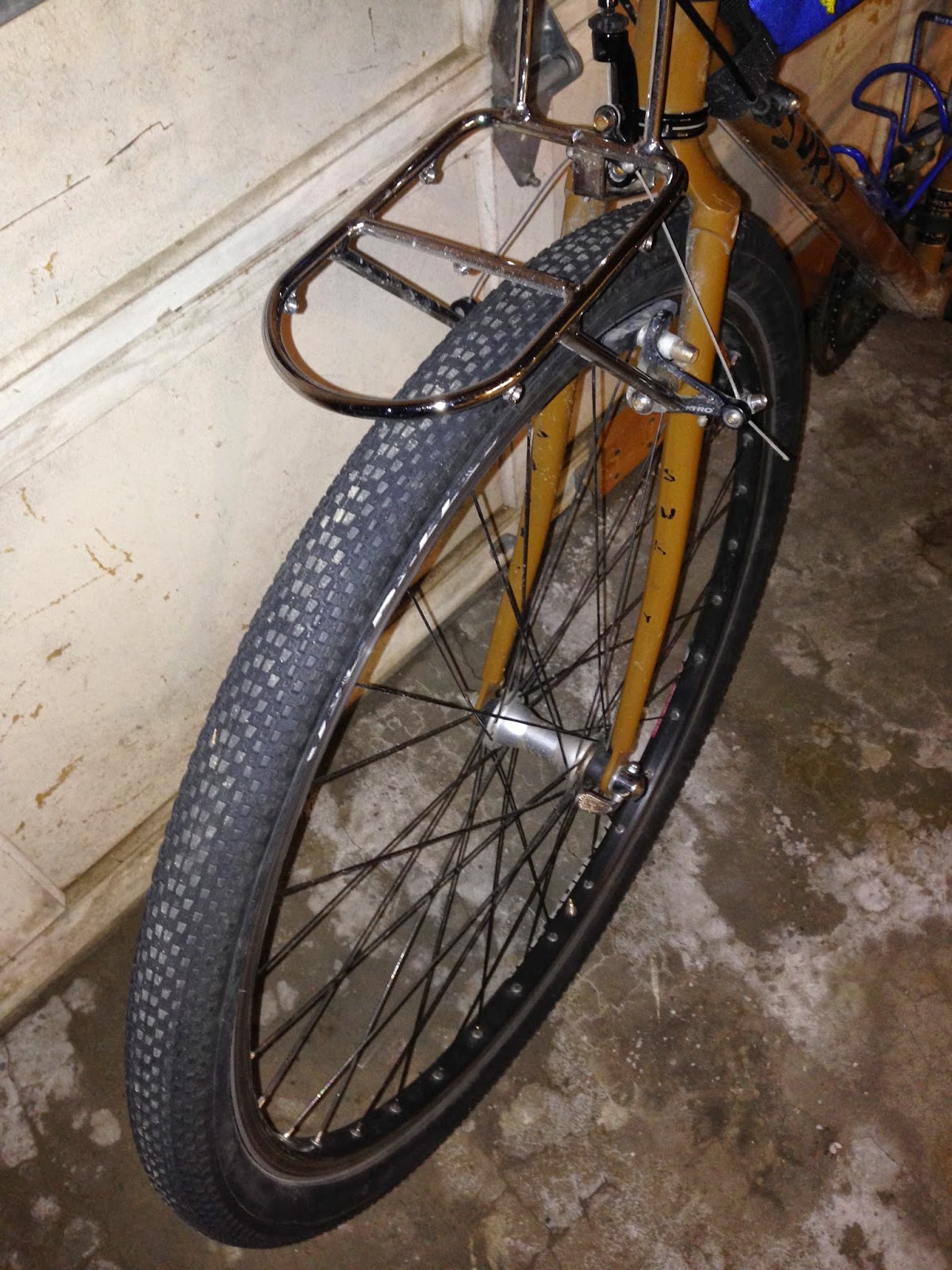 I am going to do some type of modified fender in the near future. 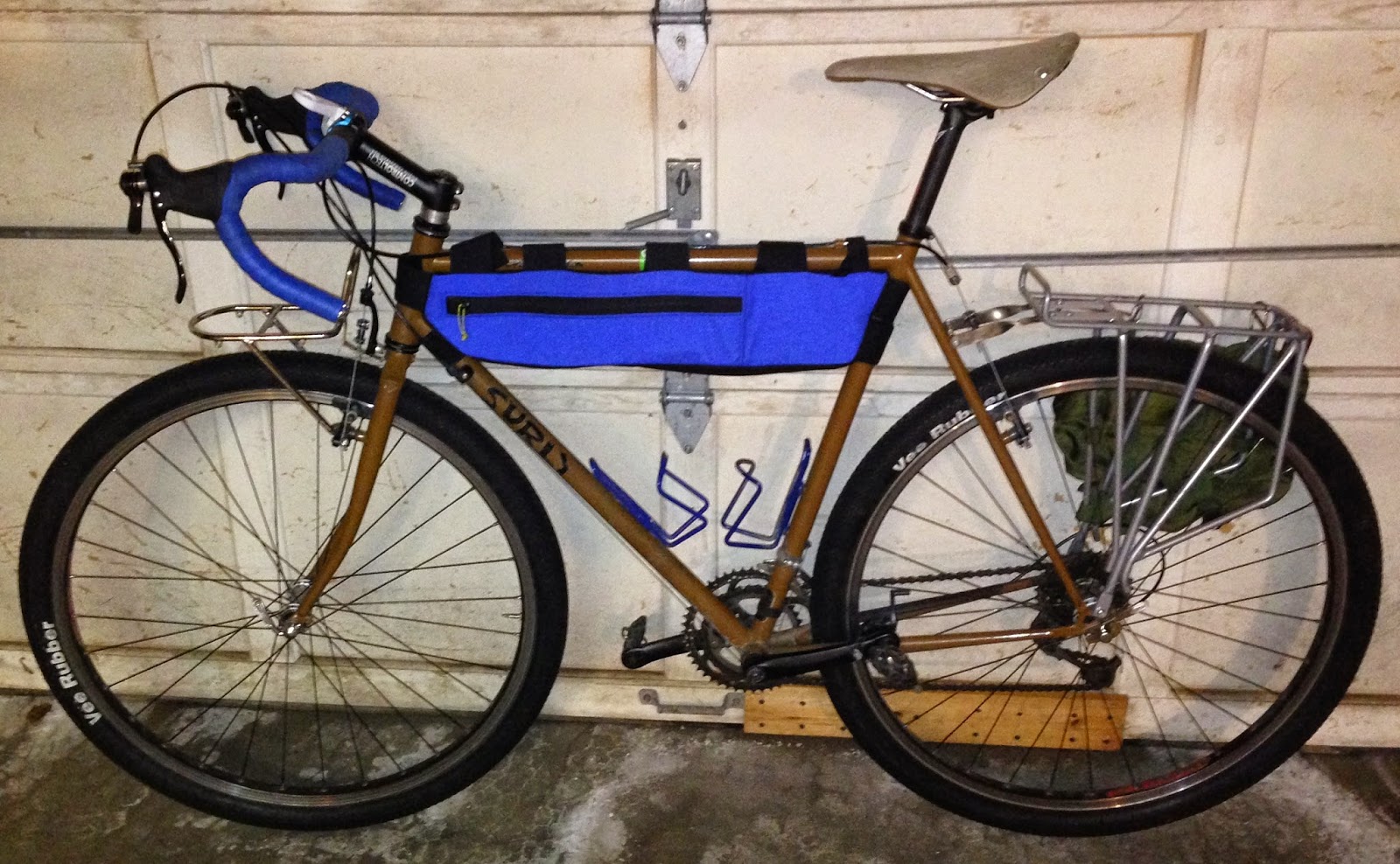 I have seen a few people on the web use a Surly Tugnut instead of the new Hurdy Gurdy that is specifically made for the Cross Check.  I like the Tugnut better becuase it also makes a great bottle opener, too! 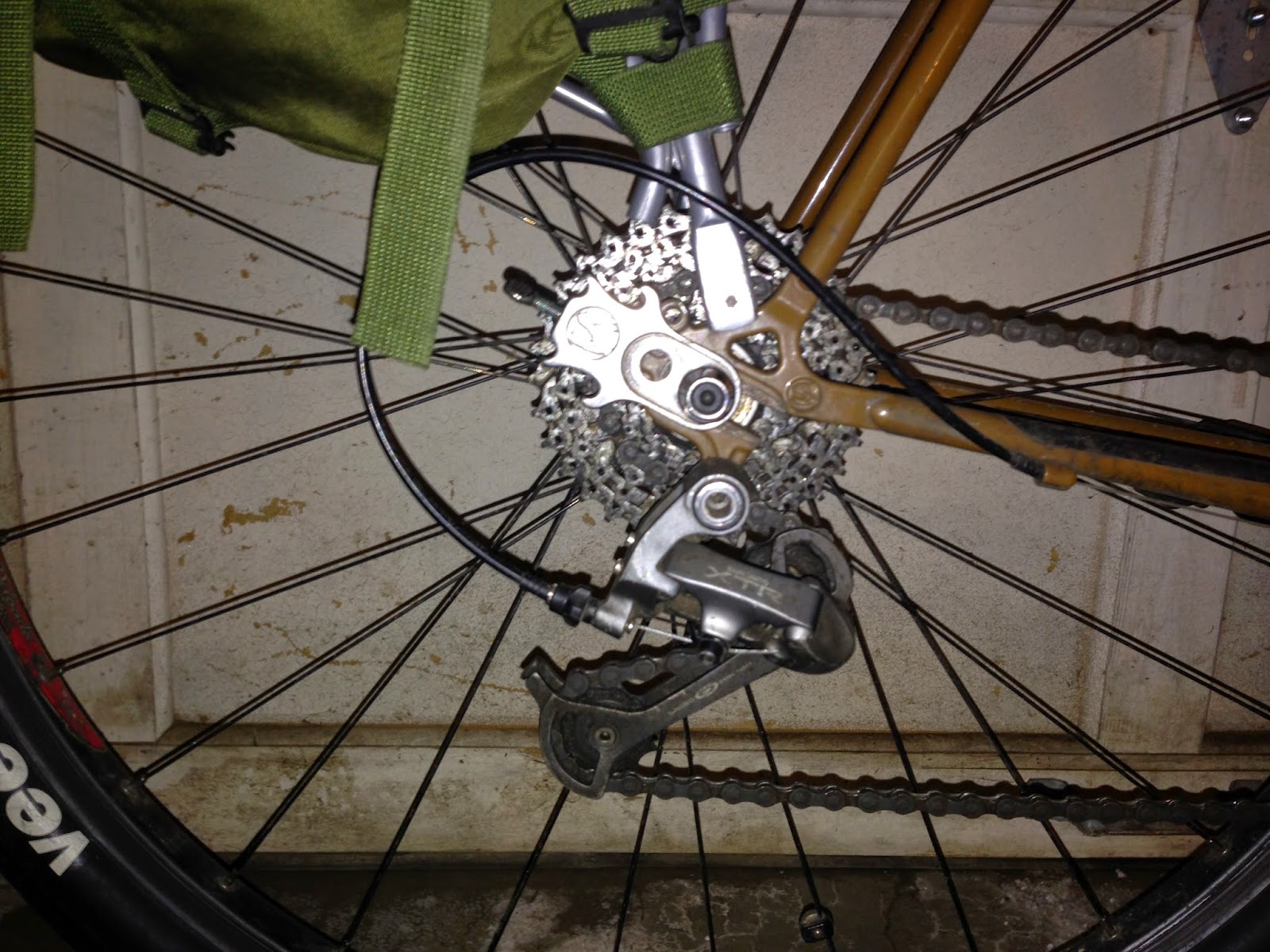