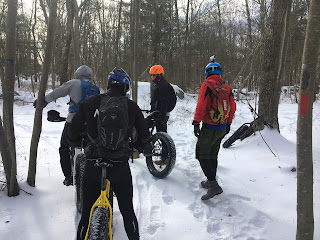 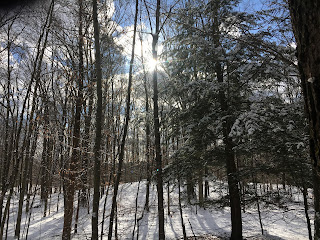 As luck would have it we woke up to a white Christmas.  After the presents and everyone was ensconced in their electronic distractions I headed out to Upper Paugussett State Forest to take advantage of the perfect conditions for riding in the snow.  We got around 3 inches of snow and it was light and fluffy but still grippy. 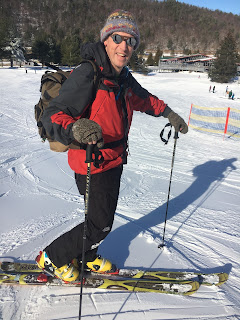 Due to Winter Storm Benji bearing down on Southern New England last Saturday I suggested to my son that we skip his first day of his ski race team training and I would take him skiing at Jiminy Peak on Sunday instead.  He was more that enthusiastic about that since the first day they weren't going to spend all day skiing and he really just loves to ski.  That mean that I was free to ride! 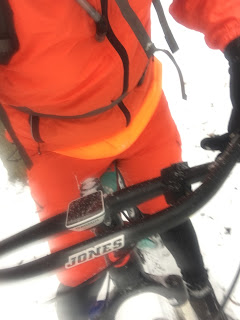 I did some chores in the morning while waiting for the snow to accumulate, no sense taking the big girl out to play with just a dusting, and by the time there was around an inch of snow on the ground I headed out.  Realizing that it was Saturday and on the tail end of dear season I made sure to get all oranged up because Upper Paugussett is an active hunting forest.

Do not leaf blow the trails at Upper Paugussett or any other trails else for that matter!

I saw this post on Strava today and I really wish people would take a moment and try to understand the impact they are having by leaf blowing the trails:

Actually, you are not awesome, in fact you are doing more harm than good!

It's really detrimental to the trails when this happens.  Leaves shed water and keep the treadway from soaking in all that extra moisture.  Trails at Upper Paugussett were so good you could ride them after a really good rain storm but now that they are uncovered people really need to let them dry out, now.  Not that many riders actually do that any more or seem to care.

If you don't believe me then checkout a few of these threads on MTBR:

The real price of leaf blowing


Here is an excellent video on why we do not remove leaves from our trails.


Yes,  leaves make it more challenging to walk, run or ride but by leaving the leaves on the trail makes them more sustainable in the long run.

Email ThisBlogThis!Share to TwitterShare to FacebookShare to Pinterest
Labels: Leaf Blowing is bad for trails! 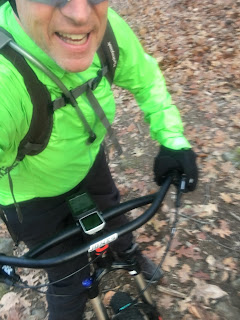 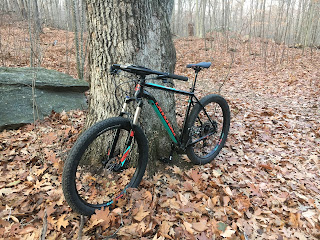 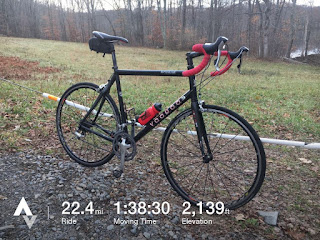 My brace came off Monday and the Orthopedist gave me the go ahead to start riding outdoors again however that presented a new hurdle because haven't the spent the last two months adjusting to the increasing cold temperatures as winter slowly rolls in.  For my first ride, however, by some stroke of luck, I got it right.
Read more »
at 9:11 AM No comments: