Sorry, but eMTBs are not MTBs 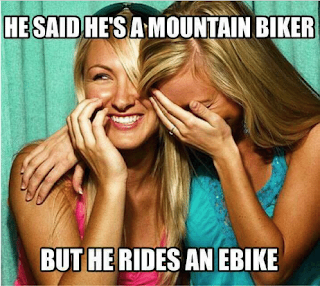 All kidding aside, according to the State of Connecticut, an electric Mountain Bike is still considered a motorized vehicle and thus not allowed on the trails at Upper Paugussett or any State Park/Forest in Connecticut.  There are two exceptions: (1) Thompson Dam and (2) Patchaug State Forest.  These two areas permit motorized vehicles. 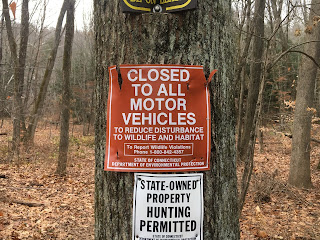 An eMTB has a motor and thus it's a motorized vehicle. If your LBS told you otherwise, they are lying to you.

I am also disgusted by the The International Mountain Biking Association position on eMTBs:

IMBA is supportive of Class 1 eMTB access to non-motorized trails when the responsible land management agency, in consultation with local mountain bikers, deem such eMTB access is appropriate and will not cause any loss of access to non-motorized bikes. IMBA recognizes that changes in design, technology and the numbers of eMTB users is evolving, and believes these bikes can be managed in a sustainable way for both the environment and other trail users.

So which is it Dave, are you for or against eMTB?  My interpretation is that IMBA is just kissing up to the industry because they probably get a lot ($$$) support from them. Being against eMTBs would clearly rub the industry the wrong way and cost them support.

Well, this wishy-washy position will cost them in the long run, too, by declining membership.  I canceled my membership and if you are reading this and a member of IMBA I urge you to cancel your membership, too.
at 6:00 AM No comments: 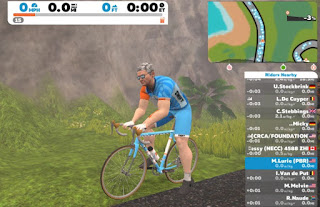 Shortly after New Years I came down with an upper respiratory infection that kept me off the bike for a week and the really cold weather following meant no more hot dates with Fat Amy. So, that meant back to the pain cave which I usually cannot tolerate but due to an unfortunate accident that befell me in the latter part of the prior year prompted me to get hooked on Zwift. 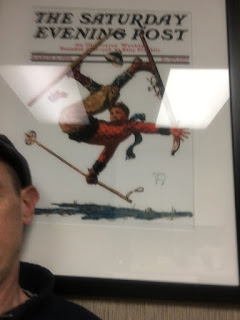 Then Mr Murphy showed up again while I was Telemark skiing at Mohawk Mountain on Martin Luther King Jr's holiday and I broke my right ankle! I felt like Joe Btfsplk from the Li'l Abner, the character with the dark cloud over him all the time. Right at the height of ski season, too. 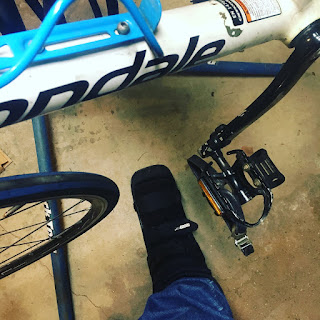 Two weeks later the doctor gave me the all clear to start riding indoors on the trainer again and I have been going all out!  Riding Zwift, I went over 10K miles on Synapse and this month I am going to break 500 miles and I might even be able to take Fat Amy out again by the end of the month!
at 9:33 AM No comments: