Winter Riding in the Catskills 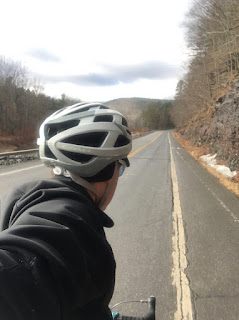 A mid January thaw afforded me to break with the routine of Saturday uphill skiing at Windham and go riding instead. I set off on my Cyclocross bike for a quick loop around the ski area, only to find that I might have bit off more than I could chew or pedal for that matter because I had to be back in time to meet my son for lunch. 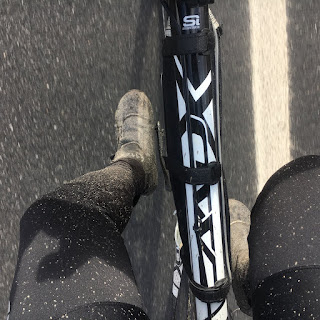 My morning route took me west on Route 23 out of Windham to down towards Red Falls and then turning south onto Route 23A.  I really had no clue of what to expect and when I turned off the main road onto Airport Road I encountered my first serious climb on Airport Road.


Airport Road is a monster, almost 1000 foot climb.  The first part has a max grade of 12% and the steepest section is upwards of 18%! 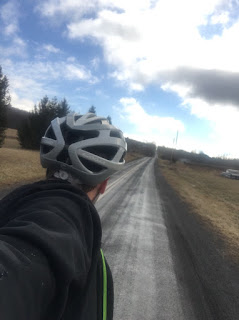 Once you get to the airport, if you call it that, the road continues to climb.  On the middle climb I had to stop 3 times for fear of passing out and a clear indication that I am grossly out of shape.

Right be the road starts the last major descent there is a great view of Hunter Mountain and the Round Top. 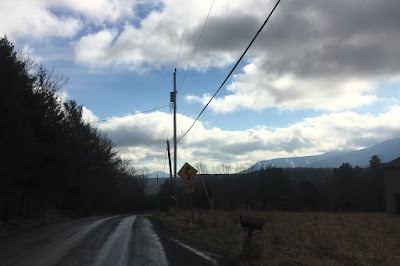 By the time I got to Jewett I knew I had to head back so I cut back through the Jewett Pass and then rode through the heart of Windham back to the Adaptive Sports Foundation lodge to meet Elliot for Lunch. 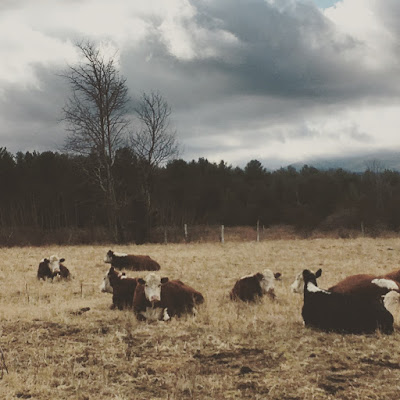 After lunch I went out on a more manageable loop with yet another killer climb.  Campbell Road has a max grade of 18% only this time I was able to ride the entire ascent without stopping.  Turning east onto Cunningham Road I was treated to spectacular views of Windham Mountain and numerous historical sites. 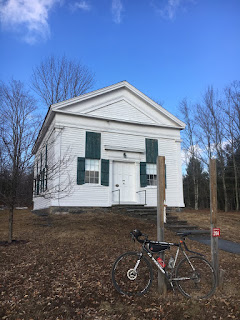 I found this abandoned Church in Ashland that reminded me of the Church in Roxbury, CT with the green shutters. 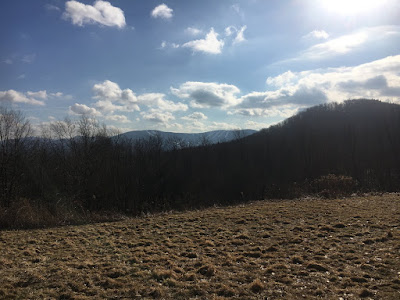 The further I got up the road the more spectacular the view of Windham Mountain got. 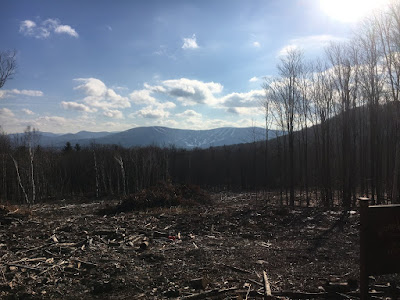 By this point it must have been 50 degrees and I was sweating profusely. 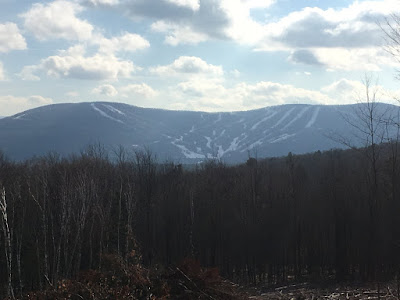 Leaving Cunningham Road and turning south back towards Windham it was literally all down hill to Route 23. 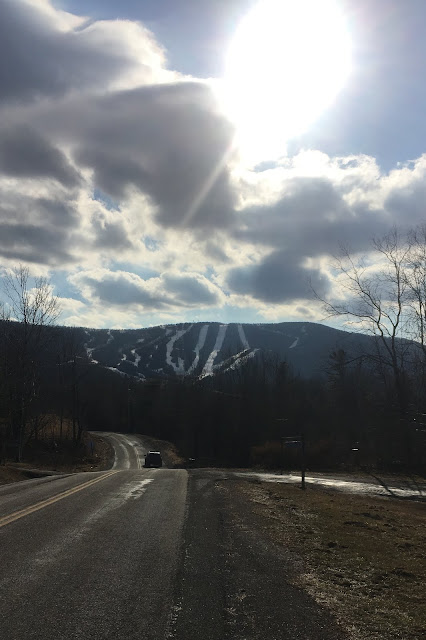 I have been without a mountain bike for almost 4 months now and while in the past I rarely rode in the woods I hear them calling out to me ... YOU MUST COME BACK TO ME!  I spoke with the Mountain Bike Stork the other day and a new baby is about to be delivered, which is the impetus to getting back into the woods.

The trails that we all love to ride are in need of some TLC.  To that end, my friend Pete and I are trying to assemble a coalition of trail users to work on trail projects throughout Newtown and the surrounding areas.  Today (Sunday) we met to have a look around at some of the trails at Upper Paugussett that have some significant issues to get an idea for what needs to be done. 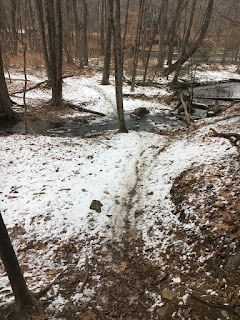 We met at the turn out before Pond Brook and headed into the forest on the connector trail that I built a few years back at the request of the State only to find that some new some new short cuts that must have been created by hikers.  We took the Jalopy Trail to the Snowshoe trail and then over to the Mulikin Trail.  We could see that the blue trail is getting quite a bit of bike traffic and it looks like people have cut a new line on the trail to get around the rooty section. 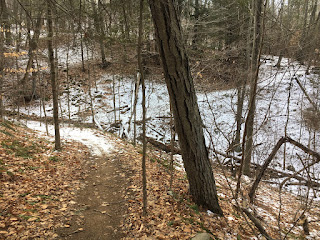 At one point I had envisioned extending the Gussy Trail to the Mulikin Trail and fixing the rutted out section but last fall a hunter complained to the State DEEP about the Unmarked and Unsanctioned Trail. When I inquired about getting the ball rolling on my plans to extend the Gussy, the response from the State was no due to the illegal trail building that took place.  I guess we'll just have to live with what we got. 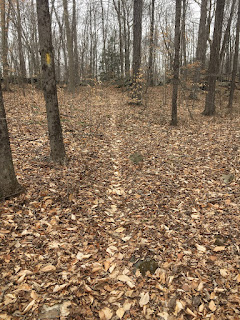 Leaving the Mulikin we followed a few hunter trails between the Mulikin and the Blue Trail by looking for reflector thumb tacks stuck in the trees.  There is one path that leads to a big blow down with a plastic chair laying near by.  We followed the Ravine south to the to the barely visible that connects to the old, old white trail which leads out to the Poly Brodie.  At the Double Roller we turned west and bush whacked, crossing over the Poly Brody, then then Unmarked and Unsanctioned Trail, and the Gussy Trail.  From the Gussy, we continued west to the Blue Blazed Trail and then picked up the old Yellow Blazed Horse trail.  Eventually, we got back to the Jalopy Trail and headed back out. 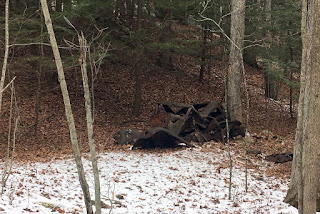