I should have waited

I have lost track of what day this is in the 30 days of biking challenge.  I knew I wasn't going to be able to ride all 30 days but I thought I would get in one last commute this month knowing that Friday I had to go to NYC for work and wouldn't be able to ride.  Hopefully, though, my knobbies might see some dirt on Saturday. 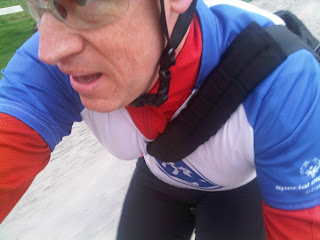 Beautiful ride to work on Thursday morning but I got a lot of feedback from Facebook and Twitter saying that the ride home was going to be nasty.  NewsChannel8's forecast was for rain by dinner time so I put my trust in them.  Turning onto Pocono Rd in Newtown I felt a little wobble but figured it to be low tire pressure. Felt it again when I turned onto Old Bethel Rd but the wobble got more pronounced and I looked down to see my rear wheel wobbling something fierce.  If I had rim brakes I probably would have noticed it first off but the Commuter Cross is disc and the wobble didn't impede my braking. 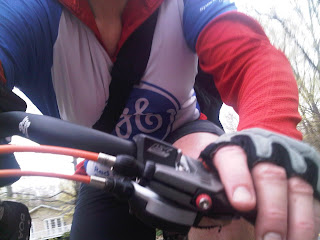 Already over half way to work I figured I would chance it and it was fine.  I hit some wet places here and there and a little mud and my Timbuk2 bag got it first splash of mud. 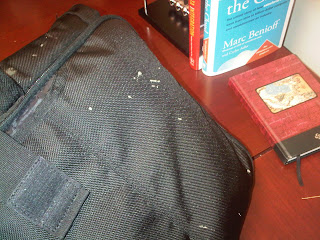 Overheard someone talking in the hallway at the office that it was supposed pour like crazy in the afternoon so I set myself to leave the office early.  I wanted to leave at 1:00 PM but as luck would have it I got tied up with something and had to work in my kit until finally getting out of there at 1:30.  As I was leaving the building it was sprinkling so I pulled out my rain jacket and stuffed it into my rear pouch and while I started to ride I kept asking myself at what point to do you put it on. 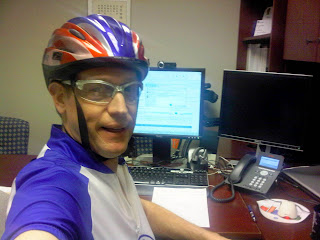 I found that threshold about 20 minutes later when it started to pour.  And it poured and I rode on, wobbly wheel and all.  The rain lightened up by the time I got to pond brook road but then I heard thunder.  There was a lot more thunder by the time I got home but surprisingly enough, it all but stopped raining.  In fact, 30 minutes later the sun was out and it was already becoming a nice day again.  I should have let the rain pass. 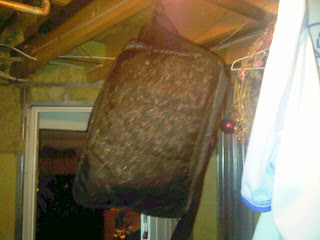 Well, my rear fender didn't do a good job keeping the crap off my back.  Not only was I soaked by Timbuk2 was soaked and dirty.  Fortunately, I grabbed a garbage liner at the office for my lap top and while none of my papers got wet some of the clothes I was bringing back from the office did. 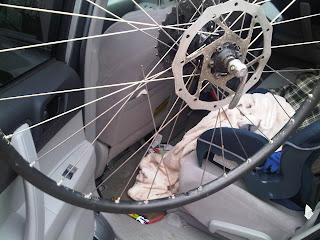 Later that day, I discovered that I had not just one but two broken spokes so when I went out to pick up my daughter from her dance class I dropped the wheel of at the LBS to have them fix it.
at 7:48 PM

soo what did the wheel end up costing to fix...?

$18 Bucks, but I think she replaced a few more nipples, too.