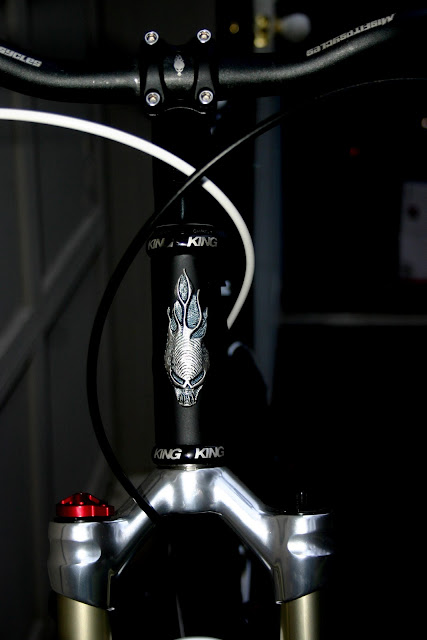 It's done!  I spent Tuesday night, starting around 10:30 PM, fueled by coffee and beer (BBC, Sierra Nevada, & PBR), Led Zeppelin, wearing shorts in a cold garage and working until 2:45 AM to get 'er done!  It was satisfying work and a learning experience with these new Avid BB7 brakes.

As with all my bikes, color coordination is key and getting the parts took more time than I anticipated.  Not to mention some component setbacks.  Originally, I was going to use my Avid Juicy Brakes but it turns out the front brake caliper didn't fit with my front wheel.  That same day as I was contemplating shifting brakes around, like putting the Juicy's on the Qball and using the BB5s (because they were black) I got a little gift certificate for Amazon that would just about cover the cost of the 2011 BB7s and levers!  Whoo Hoo!

Of course the Super Saver Shipping a slow vendor slowed Brown Santa from making his much anticipated appearance to the entrance to my Man Cave.  On Monday, they arrived, but fell asleep early Monday night and didn't get to work on the bike.  Actually, starting working on the bike Tuesday morning but reassembling my FSA cranks with a new chain ring but that is all I had time to work on before taking the kids to school.  I took a few pictures but they didn't come out too well due to the lack of light.  I will get some lighter shots after work today. 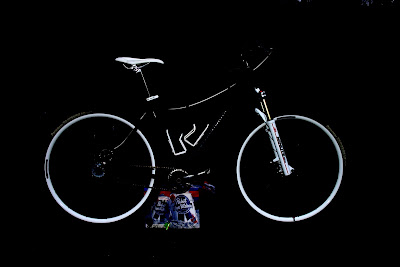