A friend of mine and fellow mountain biker enthusiast that runs a website called East Coast Trail Riders Review coined a new term for me when I am commuting on my Monster Cross (MCX), Commuter Cross (CCX).   Since I am running a commuting tire on the Qball rather than my fun 29x1.95s it seems only fitting. 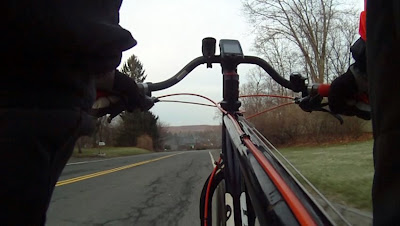 For Day 8 of the 30 Days of Biking challenge I got up at 5:30 am with the intention of getting to work much earlier and also wanting to get in a little extra commuting miles by taking the longer way to work.  Night before I mounted my helmet cam to my seat post facing forwards to try and get a different perspective.  For the most part it was pretty good, that is until I started pedaling, the video framed by my pumping legs.  It would have been fine if I were wearing cycling tights but I was wearing my baggies and the loose material sometimes got in the way of the shot.
While coming down to the end of my driveway I heard a really loud Tom Turkey calling out to a hen in the woods.  Haven't seen the flock all winter but I guess it's getting to be that time again.  Spring Turkey Season in Connecticut starts on April 27th.  Another quick saison du l'orange.  Meaning riding in the Upper Paugussett with bells and plenty of orange, or as my youngest son likens it, I am the Annoying Orange Daddy.
It was a cold morning, hoar frost covered every where and it must have been 28 degrees out.  Stopped off at the Newtown Christian Church to contemplate their latest spiritual message.  Kind of disturbing when you think about it because the only way you are going to get there is if you are dead but the irony is that it assumes you have been good so if you have been bad are you still on the Most Wanted List?  Maybe someone else's Most Wanted List.  Oh well, mine is not to reason why, mine is to ride my bike. 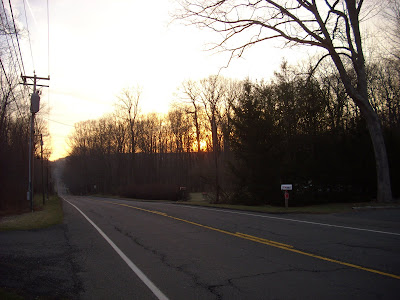 This was an unusual Friday because I actually had to be home in the early afternoon to meet my boys at the bus stop while my wife and daughter went to Springfield for a dance competition for the weekend.  The weird part was leaving around noon, I was expecting it to be much warmer than it actually was and upon exiting the building I was shocked at how cold it really was but that didn't last long because I took off strong.  I discovered how to climb with the Fme bars earlier this morning so now rather than drop to a lower gear and hammer up hill, I can stand in a higher gear and charge up the hill. 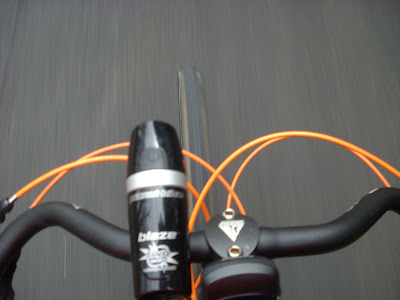 It still feels awkward being out of the saddle in the Commuter Cross because I am more used to climbing on my SS MTB  where I am up and over the bars mostly, occasionally shifting backwards depending upon the terrain.  On the Commuter Cross, I am more centered in the cockpit because there is only one spot to hold the bars, that is in the grips. 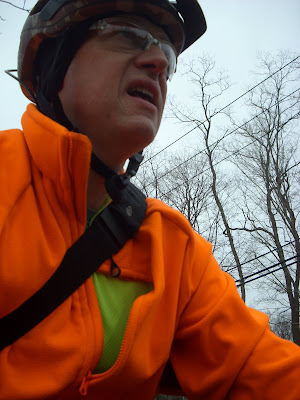 If I could make one suggestion to the purveyor of these bars is that they should be wider and by making them wider, it could give you another hand position on the downward slope of the bars, however, one thing I haven't considered or tried just my looking at the photo above is trying to hold in the curve of the drop.  It might be that my Timbuk2 bag is preventing me from that position but I will have to test that out.  Speaking of which, I am really loving the bag because with the fleece jacket it always stays in one place.  When it warms up to the point where I have to wear my green riding jacket that is made of a PVC like material then I am going to have a problem because it will slide and then I really hate the bag. 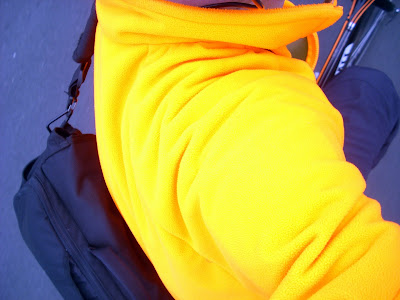 As I mentioned, midday on Friday was a mixed bag of temperatures compared to the morning.  Starting out I was chilled especially since coming out of the office is big down hill and then it goes right into a climb.  At the top of that climb I had to open the zip pits to cool off.  I won't buy another jacket for riding without them because they are essential in regulating body temperature. 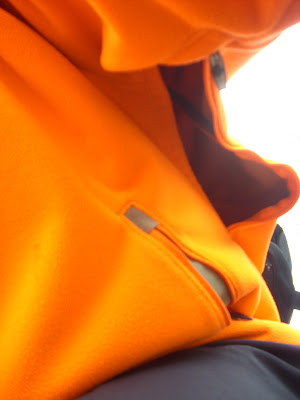 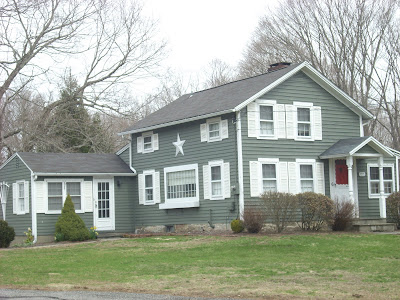 Does this house look like a robot to you?  It does to me so I finally took a picture of it.  I pass by this way a lot and I always find that it looks like one of those Rock'em, Sock'em Robots from that game back in the day.  I wonder if the owners see that. 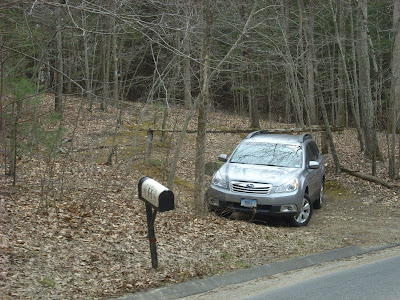 Funny, I mentioned that I heard a Tom in the forest calling out to a hen and then on way home I see this car parked in spot that usually only hunters park in with a license plate that sounds awfully similar to a date rape drug.  I hope no one is trying to bait a turkey in order to have sex with it. 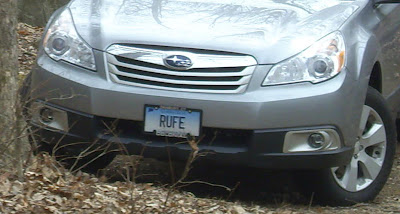 And here I was starting to think that my commutes were beginning seem like I was riding in the Swing Dog position.  I need to be more observant of my surroundings.
at 4:31 AM

That house does look like a robot! I'd like to run those bars up for a really upright position.

If you are looking for something similar just find some old 3 speed bars.