I "led" a ride today at Bennetts Pond which really conisted of myself, Alex, and for the first half of the ride, Lee, but he forgot his helmet and was having tire problems. Actually, we rode Alex's workout loop. You could say it was a ride of three IBMers. 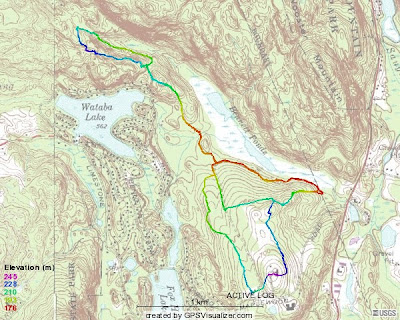 At work it hardly rained but up in Ridgefield, it was pretty wet. We rode anyway and it wasn't too bad. Trails weren't muddy, they obviously drain pretty well, but the rocks and trees were pretty slick. It was nice 6.5 mile ride. Wanted to go up to Pine Mountain but we left late and Alex said it was just a gruelling hike-a-bike to the yellow trail. So after a loop on the red trail we took the ridge trail (unmarked) back and did an extra loop on the purple. 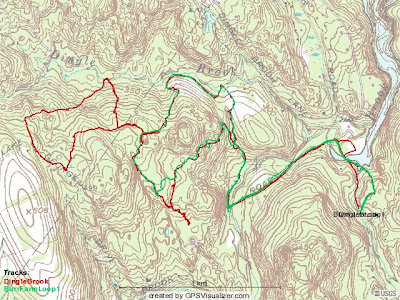 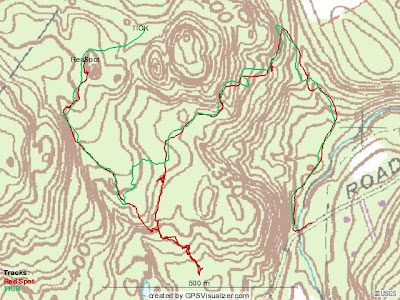 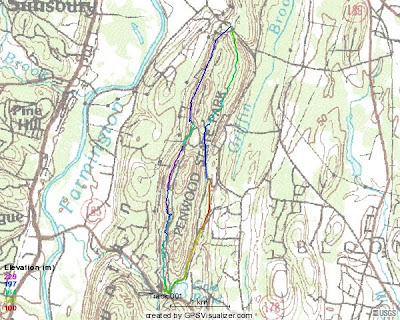 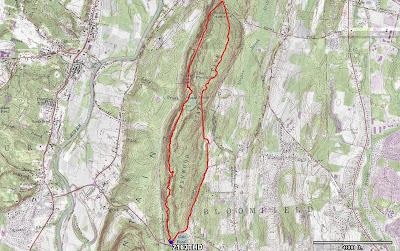 After some idle chit-chat in the parking lot and waiting for everyone else to return, we all headed over to Simsbury for dinner. We ended up having pizza and my favorite Berkshire Brewing Company beer for dinner. Short meeting afterwards and it looks like we may have some others interested in getting more involved with the chapter.
at 4:00 AM 1 comment: