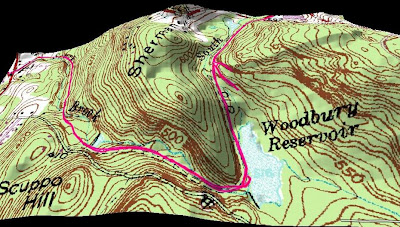 The second leg of my Veteran's Day Monster Cross Adventure was riding the Woodbury Trolley Trail.  I rode it once with Katie on the Tandem this summer but didn't have a real chance to explore some of the side trails that have been puzzling me as I look over the maps.  Like the East West Road in Flanders the Trolley trail is perfect for a Gravel Grinder but this type of surface I still wouldn't try to bomb on my 700x42c tires. 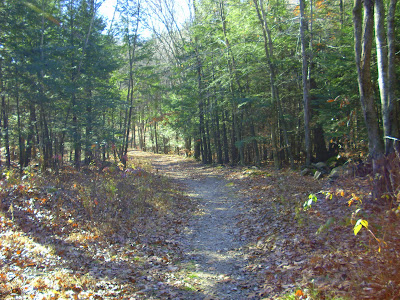 On the descent there were some wet areas that I tried to avoid but found the sides mushy so I found it was better to ride right through it.  Towards the bottom it seems some Boy Scout or the Town felt it was necessary to lay woodchips on the bed, making it even more soft and hard to ride.  Still, this is a unique place to ride especially if you are a train buff. 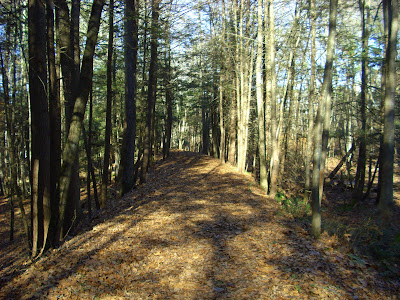 On the way back I took some time to check out the Woodbury Reservoir. 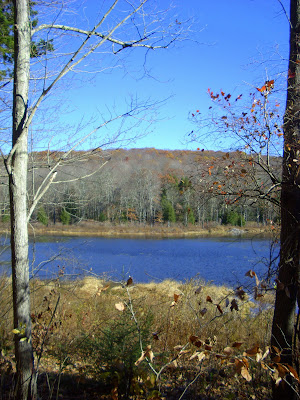 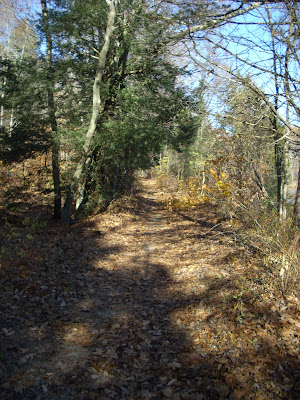 I noticed quite a few trails coming off the bed, one even appeared to be a mountain bike trail. 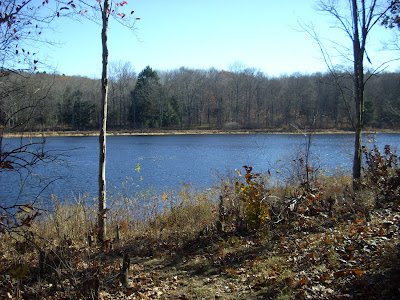 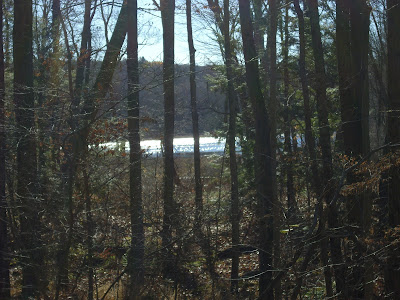 From the branch in the trail (about where the S is on the map below) till the curve at the end of the pond, the trolley bed is on top of a viaduct that was built up with soil and rocks from somewhere. 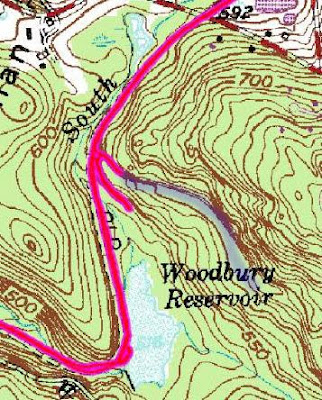 The one thing I can't find online is the actual track map or at least some representation of it in an atlas or something but I did do a little exploring to satisfy my curiosity on these two side trails.  I saw the first one while riding with Katie and it looks like an old road that goes around the reservoir.  The other one, however, from the look of the contour lines looks like it could have either been some sort of siding or maybe it was intended to be an earlier attempt to get around the reservoir rather than building the viaduct that is there now. 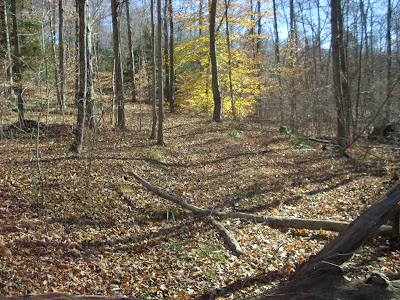 It looks like a road.  If it were a track siding it wouldn't have this dip right here.  My guess is that it's just an old road from yesteryear. 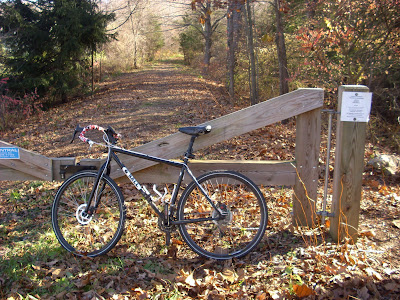