Too much snivel gear at P-Valley 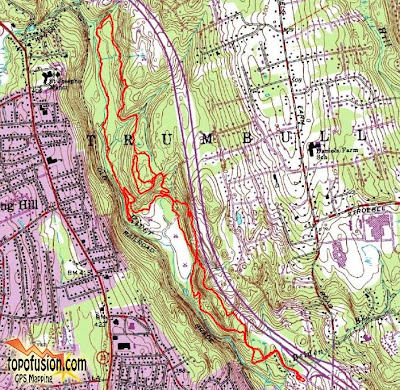 I live 20 miles north of the Pequonnock River Valley and due to it's proximity to Long Island Sound and the fact that I live in the Housatonic River Valley, where the morning cold tends to hang around a bit longer, there was a 10 degree difference between my house and P-Valley.  Since my normal shoes were kaput I wore my Gortex riding boots and fleece tights, which was a bit of overkill. 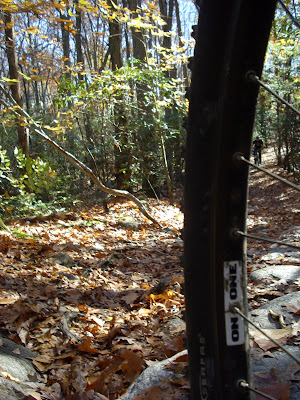 While climbing up the white trail, I met up with two fellow SSers, only these guys were not riding XC, rather they were looking for gappers, which there are many at Trumbull.  The slower of the two was the helmeted but the guy keeping pace with me was not.  I chastised him a bit about not wearing a helmet, especially given the activity he was looking to engage in but he was there to play.  Another Darwin Award recipient.  He did, however, have a nice full susser single speed, obviously for jumping. 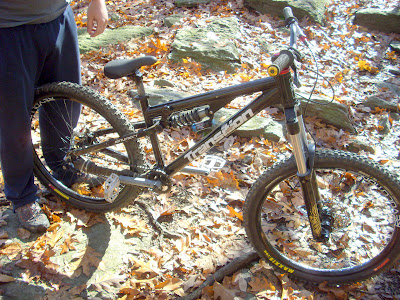 I think I found a good route in the Matrix (map below).  Ride the rim trail by staying left until you come to start of the ravine that eventually leads to the Bat Cave, then follow the Slick Rock trail till you hit your second right.  Follow that trail back towards the Rim Trail but bang a quick left and the take you next left onto You've Got Mail and take that back to the Slick Rock trail.  Then head north and down into the Rusty River Valley. 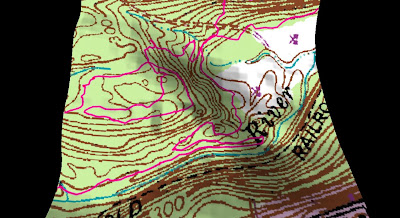 I met up with a huge group of riders, obviously from Cannondale because everyone was on a C'dale rig and wearing garish looking outfits to ensure they were properly identified.  Second guy from the left is their marketing guy.  They were looking for big stuff so I told them about Green Monster but they either didn't find it (or didn't look too hard) because as I was coming down the blue trail I saw them coming out of the Bat Cave. 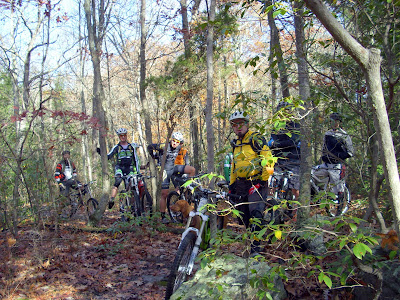 What I love about the Pequonnock River Valley the most is all the different terrain choices.  It has great climbs, technical descents, lots of technical riding along the river, too.  Of all the places to ride in Fairfield County, Trumbull has everything you could ever want in a place to ride but don't come here looking for smooth single track.  If you want a smooth trail, try riding the rail trail on the other side of the river. 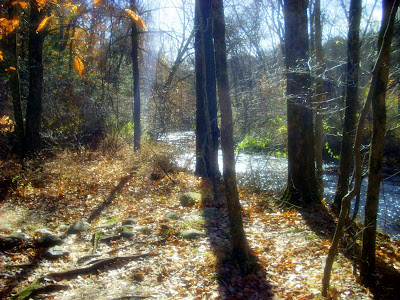 It's hard to believe that some of the best riding is a narrow river valley which is at most in it's widest spot probably a mile wide and four miles long. 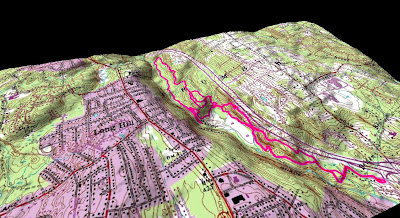