Exploring west of the Pomperaug 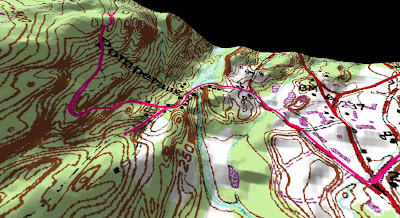 The third part of my Tribury Gravel Grinder exploration was to look for a route on the other side of the Pomperaug River.  After doing an extensive map reconnaissance I found two old dirt roads on the other side of the river.  What the map doesn't show is the real cool dam/waterfall at the river and the old Mill next to it.  It's a short hop from the end of the Trolley Trail. 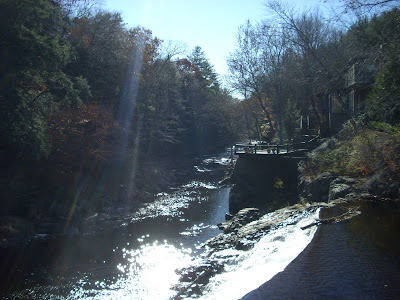 This would make an awesome home or Bed and Breakfast.  On the other side of the road there was a Trout Stream marker which, if the fishing is any decent could be a fly fishing mecca.  Just look at the structure of the river down stream in the picture above. 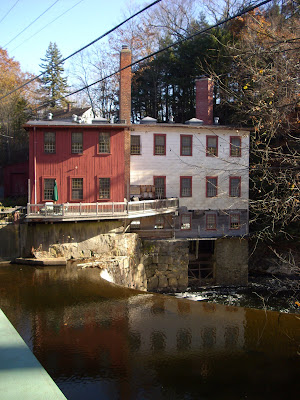 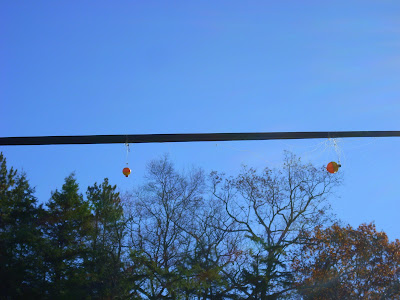 I first rode in the longer of the two GPS tracks shown in the picture above and it was quite a climb.  I was able to climb some of it but the leaves made it really slippery.  At the elbow there was a tent that looked like somebody uses in the summer but it didn't look like it was being lived in at the moment.  At one point I came to a No Trespassing sign and underneath it said shooting range but I think this was located on Woodbury Openspace.  Afterwards, I checked the Town of Woodbury's GIS site, and where I saw two chairs overlooking a ravine were probably in the openspace.  Looked like the old road went right through someone's property, so I turned around.  The Beware of Dog sign also helped convince me that shouldn't go any further, as well. 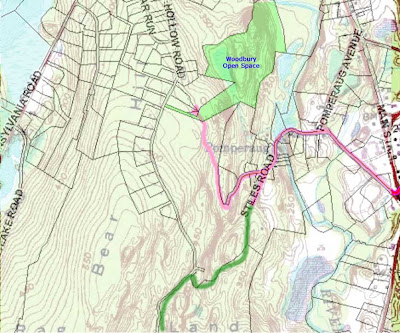 Halfway down the old road I spooked a real big buck but with a small rack but it must have been at least 6 points on it.  His lady was right behind him.  I then headed over to Stiles Road but shortly into the old road I came across all these No Trespassing signs and decided to turn around.  I later called the property owner, O&G industries and they said it would be OK to follow the road because the town hasn't abandoned it yet but the guy I spoke to said they open all their property, on both sides of the old road to hunting and next Wednesday wouldn't be a good idea to be in there. 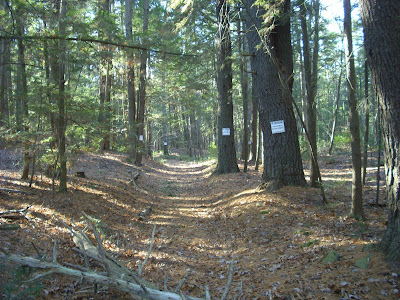 Looks like I will have to wait for a Sunday to explore this last section of Woodbury and figure out a good route along the Pomperaug River back to the starting point in Southbury.  Someone told me there are a bunch of trails along the quarry ponds that fishermen use that could be some really fantastic riding, too and then using the Woodbury GIS aerial photos, I was able to find some dirt roads down through Southbury, too.  Of course that aerial is almost 5 years old and some of those roads could be paved now. 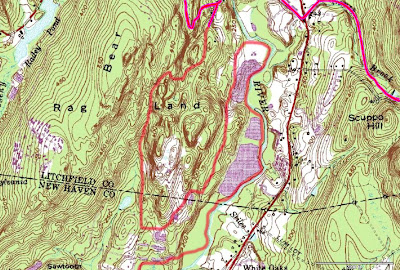