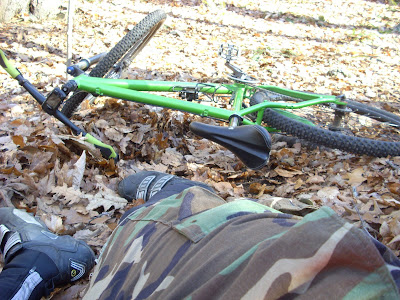 Slippery leaves and sharp turns are a bad combination only on this endo I supermaned it a little better and to took the fall on the elbows and rolled through it.  Still, it was a bit of a yard sale. 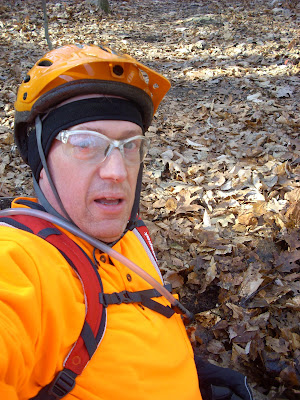 Over the two stream crossings and up a slight hill I come to a recent blowdown that was cut up for me and I have been wanted to do something about it.  Some moved it so that it was properly blocking the trail again and I decided to do something once and for all. 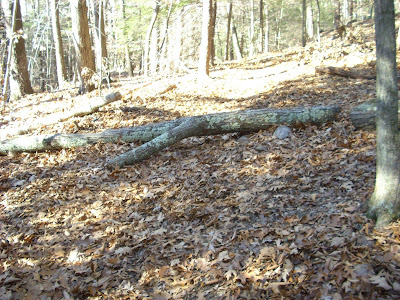 First I tried it on the west side of the trail but didn't like positioning.  Not to mention, I needed to armor the crotch otherwise if you fell off the other side you would surely endo.  But I didn't like the end line. 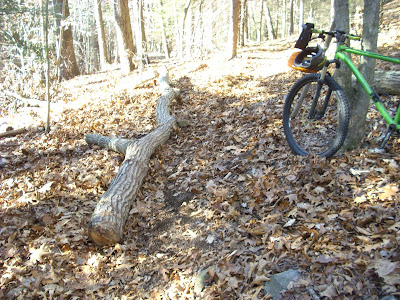 So I moved it to the other side of the trail but that had a section sticking into the trail that I had to do something about. 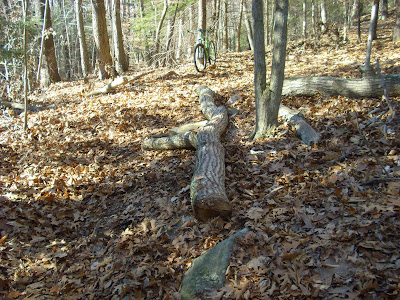 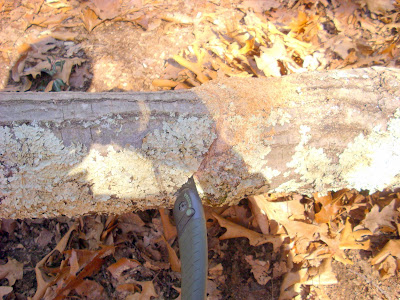 I cut this section with my collapsible saw.  It took maybe 15 to 20 minutes. 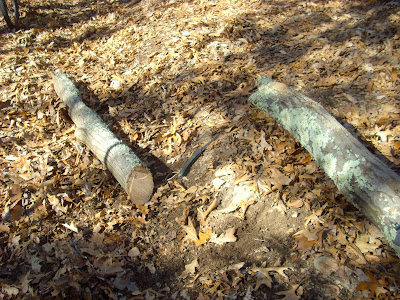 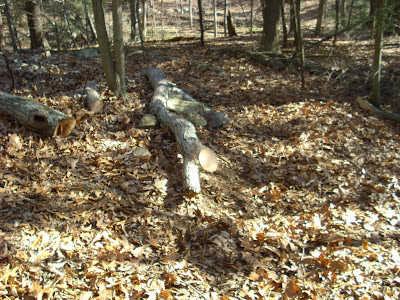 After cutting the tip off that was blocking the trail I did a little armoring and voila! 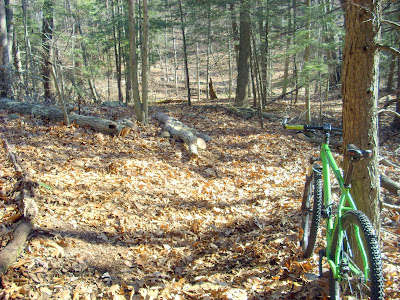