Three things I hate about riding in the rain! 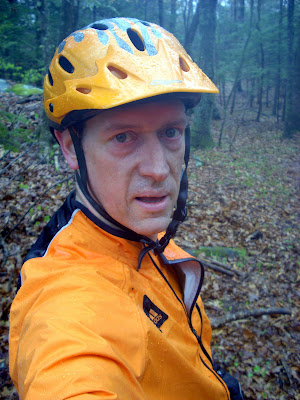 I don't want to jinx myself but after going over the bike and readjusting everything it was working beautifully for me. No more creaks or grinding sounds. There was an occasional squeak but that I figured out was coming from my shoe rubbing against the crank arm. So, I rode three laps of 3.5 miles figuring that Winding trails will not be nearly as hilly as Upper Paugussett State Forest and from what I can recall absolutely not technical at all. 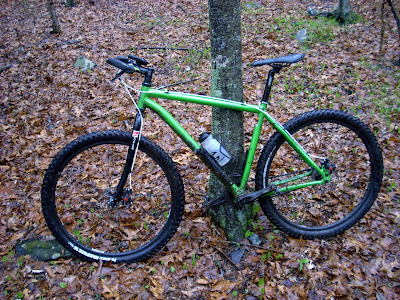 Even with all the recent rain, the Gussy sheds water nicely. I was two for three in the Wet Spot, I hit the line a little too far to the right and had to dab in the second lap. 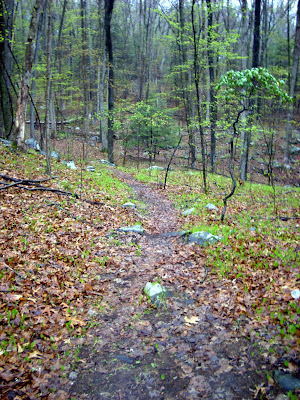 In the third lap I stopped to take some pix. I wasn't going to take a third lap, rather cut it short and ride down the fire road but I was feeling really good with just a bowl of shredded wheat and a cup of coffee so I went for one more. Tomorrow's pre load will include two PBJs, 2 quarts of powerade, an orange, banana, and probably a grapefruit and to top that off I will be hitting the power gels at the conclusion of each lap. The only question is how much water to bring. Hop Brook I rode with one bottle and I think I will do the same tomorrow. Last year when it was 90 degrees out I did with a 100 ml hydration pack and a bottle of a gatorade. 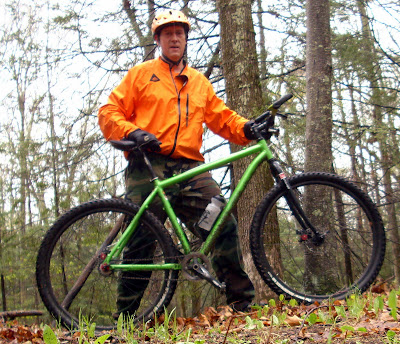 I did have one casualty a flat tire after I got back to base. I noticed it when I went out for errands later in the day. I had to hit two LBSs to find 29er tubes. I love the Panaracers and how easy they go on.
at 4:42 PM