The Newtown Trailway: A Railtrail to nowhere 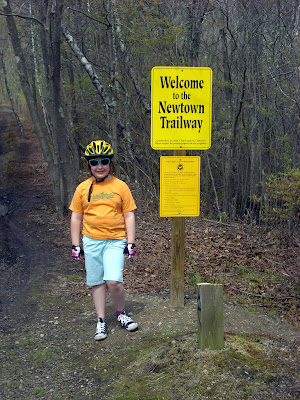 Took my daughter out for what I had hoped would have been a two hour, 20 mile, fixed gear and trail-a-bike ride on the Monroe Rail Trail that would have included the Newtown and Trumbull sections. It didn't happen mainly because my crank came loose. My guess is the torque needed to pull my daughter and the trail-a-bike over stressed the bolt and it came loose. Of course, I did have the same problem last week but that came on the heals of riding the Middlebury Greenway with the same set up. I think I am going to have to replace the cranks. 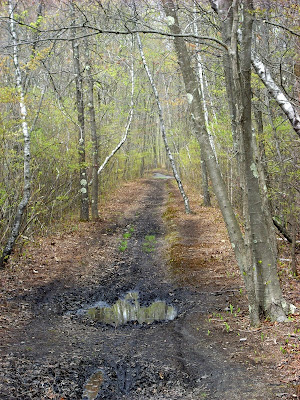 The picture above is the Newtown section of the rail trail. The unfortunate thing about this ill fated trail is that 1600 feet will eventually be completed and then it's going to stop dead at Batchelder Property. There is an old aluminum smelter operations that went bankrupt in the 80s. Of course, back then dumping guidelines were kind of lax and it's reported that there a lot of ground contaminants. The Boy Scouts, however, have started a project to open this section up and it's a lot more open since the last time I rode that section. 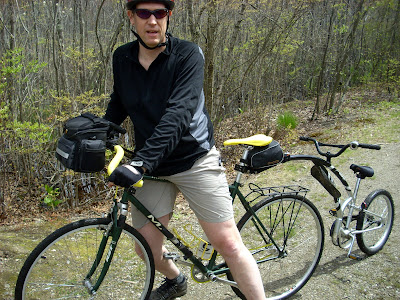 There is also a problem on the Monroe section near the town line. There is a blocked culvert forcing the water from the swamp to the west to flow over the trail to the east where it is lower. What was cool was there was this turkey hanging out by one of the pools in the middle of the trail. It was odd to be pecking at the water. When we got closer, we saw what it was pecking at: tadpoles. There must have been thousands basking in the warm water and old Tom Turkey was having his own Thanksgiving dinner. 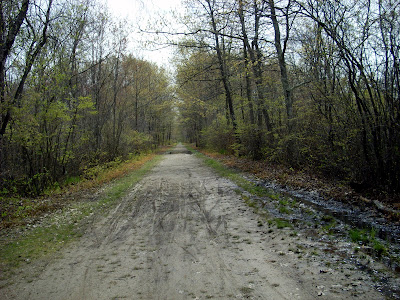 On the way back I had to pedal the last half mile with my right leg because the left crank was way too loose.
at 8:45 PM

A turkey eating tadpoles... huh, I've never heard of such a thing. That's definitely a cool thing to witness!