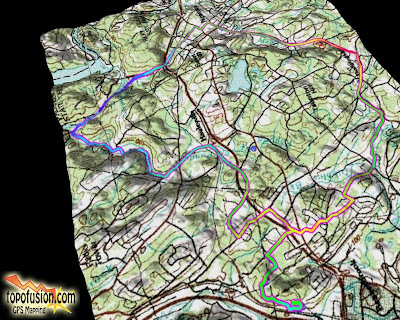 It was a little chilly Thursday morning so I broke out the snivel gear. Suited up with tights, hat, the NIKE dry fit thermal, over booties, and Lobsters. Also, I thought I would give the Timbuktu another try. Despite the cold it was a glorious morning. The Stinson was performing beautifully and the new chain was quite as a mouse. I rode the long way in, 14 miles, because I new I had to shoot home on the speed route (9 mi) after work. The ride in took an hour and twenty minutes and ride back was 45.
The nice thing about this long route is that it's flat as possible, for New England traveling west, but that still doesn't mean there are no climbs or descents. It's the descents that I find are the worst. Trying to control your speed going down hill so that you don't blow your legs off spinning is the biggest challenge. Climbing, well, it is what it is. Good training no matter how you look at it, especially when you factor in a heavy bike, clothes in the pannier and carrying a computer bag. 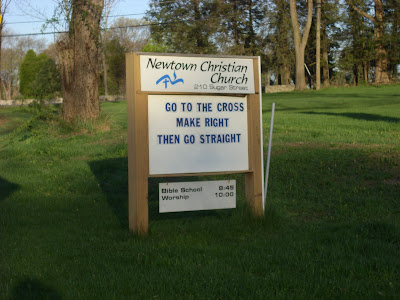 By the 5 mile mark I like to stop at this sign and reflect upon the message and think about what it means. I think being a cyclist gives you a far different perspective on life but I am sure the pastor's congregation and a few people who drive by get some inspiration from these messages. My inspiration is between my legs and I am clipped into it. 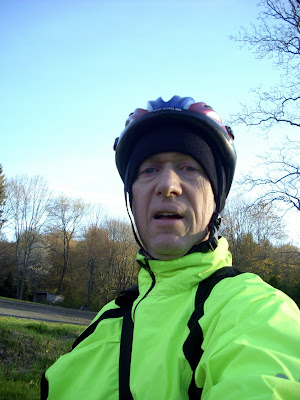 By this point, my fleece cap was pretty sweaty but I didn't remove it because of the wind from the downhill sections I had yet to ride. It was a toss up between over booties and my summer riding shoes or my winter riding shoes. Figuring it would be warmer on the trip home I opted for the booties. 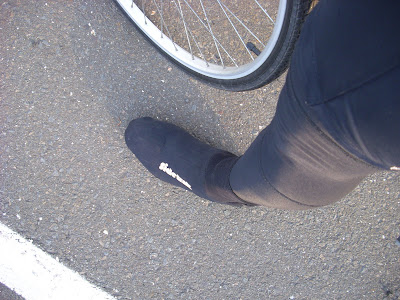 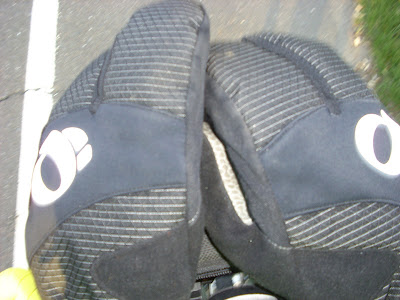 Lobstahs!
This was the first time wearing the Lobsters on the road. I originally intended them for road riding but never had the opportunity to use them this winter for commuting. They were fantastic! Fingers never got cold and were barely sweaty, too. Definitely a must for commuting in the cold. 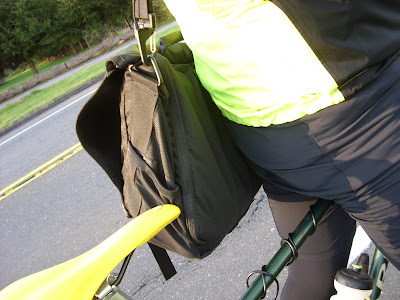 Another try of the Timbuktu bag and this time it was actually pretty good. Having it ride lower against the coccyx bone seems to do the trick. It actually sat so the seat was helping to stabilize the bag as well, so that I barely noticed it while hammering down hill. I think I am going to continue riding with it afterall. 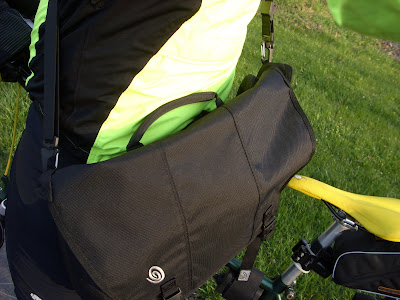 It's interesting how the temperatures vary from place to place. When I left my house it was 31 degrees but riding along Rt 302 or Sugar Street in Newtown, where it's open, sunny, and there are a few farms lining the road, the temperature seemed a lot warmer. Not to mention hitting pockets of warm air near the fields. But it didn't matter when I started picking up speed again because the cooler air reminded me that it's still cold out. 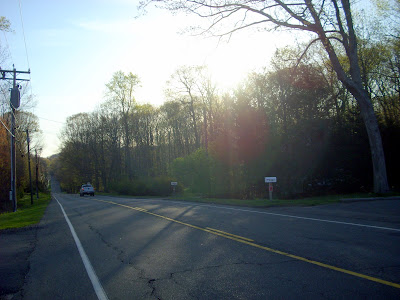 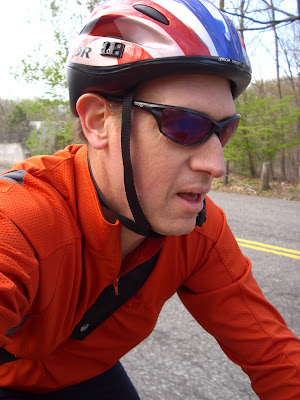 Riding home started out great, almost 65 degrees, a little breezy and partly sunny which made it feel more like 60 in the shade and 50 when going downhill. Three miles into the trip home is when that creaking sound started, reminiscent of the creaking sound I have been hearing on the Dillinger. It got worse and worse until I stopped to check the cranks and learned that the non drive side crank arm was loose! I handed tightened the bolt but I new that wouldn't last. So I rode home slowly but made it none-the-less. Next time, I am going to check things out more thoroughly on the bike before riding it. 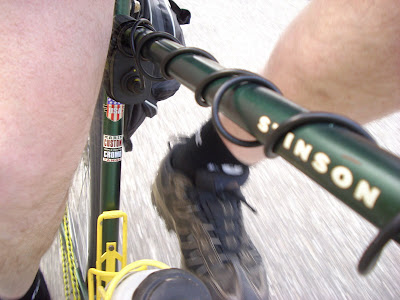