The Friday Fix: I Bucked one and Timbuktu

Commuting by bike to work season has begun. I could have started sooner but I have various excuses as to why that didn't make sense. The cold, the snow, the cold, all the crappy weather; hey I have to keep up my Fair Weather Commuter Status. Anyway, first ride always means over dressing and over planning. 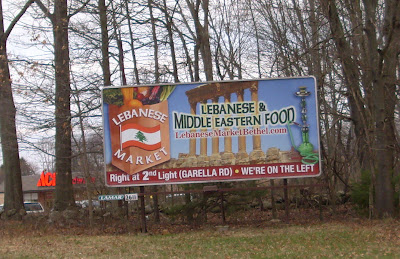 There is a new sign along Route 6 that caught my attention yesterday morning, the Grocery Store billboard. Immediately, I start thinking about Kalamata Olives, stuffed grape leaves, and Greek Salad, but what is the significance of the Hookah? Does this place sell heroin, too? Interesting advertising strategy.
I might have mentioned that Santa, not the Brown one but the fat one in the red suit, brought me a Timbuktu computer/messenger bag last Christmas. Yes, yours truly has succumbed to the fashionable world of the Messenger wannabes. I have been using the bag since I got it and I have to say that it's pretty good. Plenty of cargo space for holding note books and presentations, internal pockets for all the IT accouterments required in my career.
The additional benefit of this bag, besides weighing next to nothing compared to my CPORT computer bag, is this handy, padded computer sleeve on the outside of the bag. There was a tag saying that it was TSA approved so that when you are going through airport security, all you had to do was unzip the sleeve and flip it over in the Xray machine without having to remove it from the bag. Haven't tried that yet, but next time I fly I will. 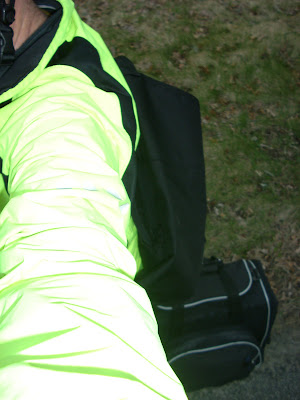 Now there was no instruction booklet that came with the bag that said how to wear it while cycling, however, after countless visits to NYC and seeing how messengers wear their bags, I thought I had a pretty good idea on how to wear mine. I got the strap as tight as possible and slung it over one shoulder. While it was pretty comfortable it did slip a lot, especially at important times like climbing and descending. So, I am not entirely convinced that this is the way to ride with a computer. 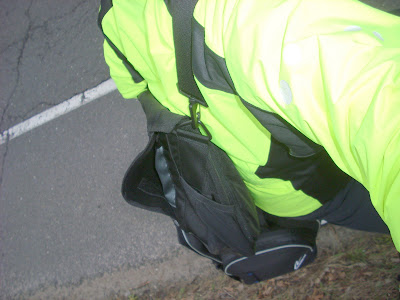 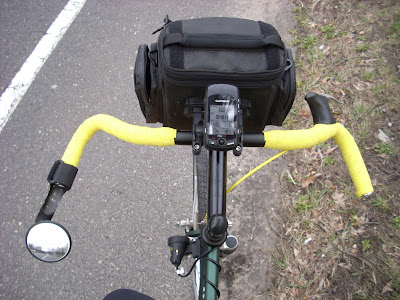 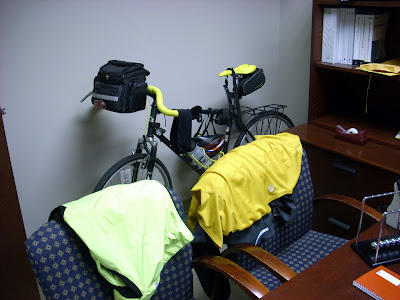 The Stinson fits nicely in my office. This when I first parked the bike, later I draped all my sweaty gear over the bike and ran the fan for 3 hours. When I left for the day, I decided to leave my clothes at the office and just bring my extra riding gear home in the Timbuktu bag thinking that the extra volume might make it better for riding but it didn't really help. I will have to do some research to see if there some trick to wearing the bag otherwise I am going back to the backpack, or my larger volume Camelbak. 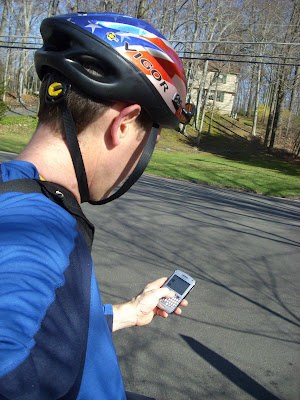 Updating Facebook status after nearly getting sideswiped by some Yentah in Bethel who thought it was her right to get to the stop sign before me as I was coming up to it. Then when I announced my displeasure at almost getting hit by her she had the audacity to give me the one finger salute. Next time something like that happens I might just have to let my bar end scrape the side of the car next time. 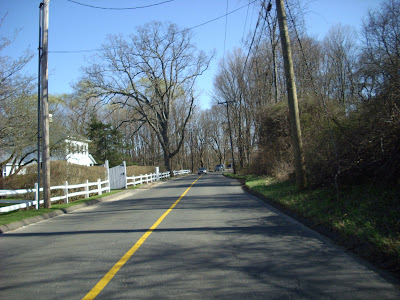 Riding through Bethel, a little bit out of my way but the extra miles get me closer to my goal of 500 commuting miles for 2010. 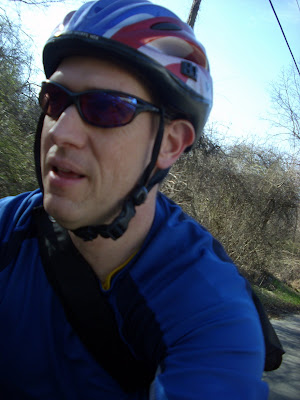 You can just make out the bag on my back. I had to adjust it way too many times. I will still use the bag for normal day-to-day schlepping of the laptop to and from the office but unless I find a different way to carry it without having to adjust it I am going back to the backpack. 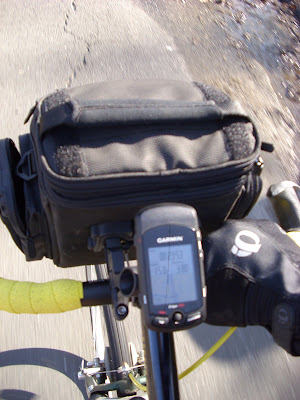 Using MapMyRide, I created a course that was 13 miles from the office to home. I downloaded the KML file from MMR and converted it to CRS file for Garmin. Fortunately, I have Training Center loaded on my laptop so I was able to load the course to my Edge. Following the route was great and I liked having the map, too, it really made a difference. 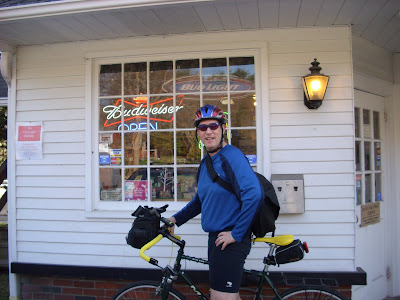 I stopped at the Dodgintown Packy for a little Beer Stop but they didn't have PBR so I kept pedaling. I will try Taughton next time.
at 11:48 PM

I hate self righteous drivers