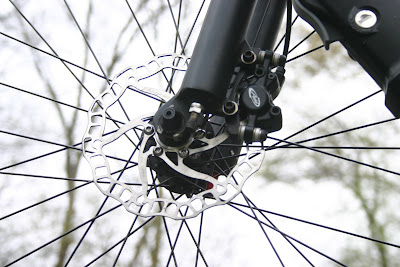 I had intended on rebuilding the Dillinger last night but due to allergies and my son needing a little company while he drifted off to sleep, I conked early, too. Ended up waking up at 4 AM and couldn't go back to sleep so I worked on the bike so that I ride later in the after noon. The Avid Juicy 3s were a snap to install. 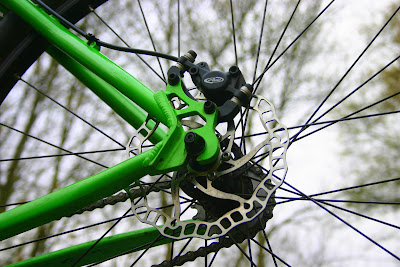 The new cranks from Raceface went on really quick but where I ran into problems was with the gearing. I wanted to go to a 19t but couldn't find the right chain length and ebb combination. I went back to the 20t. Later in the shower I figured out that I needed to do half link. 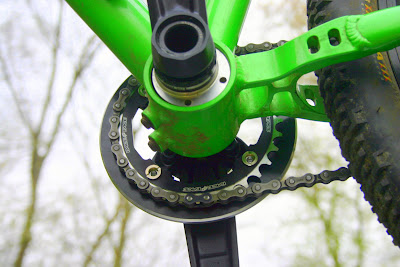 On the shake down ride, the only issue I had was with the front brake caliper, it was hitting the spokes. I readjusted the positioning once and then tightened the offending spoke, which seem to do the trick. As I was coming up on the completion of the first lap I flatted. I changed the tube and bagged riding another lap. 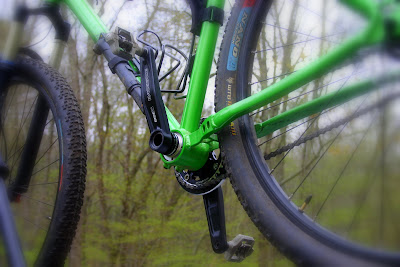 Email ThisBlogThis!Share to TwitterShare to FacebookShare to Pinterest
Labels: Dillinger