It was 71 degrees, according to the weather channel when I left the office this afternoon. Started out with a jacket on but quickly shed it. It's always a quandary for me when road riding when it's cool out because when you get going downhill you cool off really fast but up hill the temps rise as you work harder. Still, it was a beautiful New England Fall afternoon. 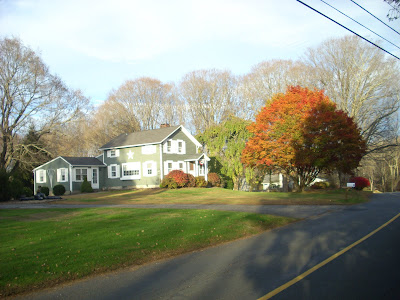 I did have to stop and tighten the the left shifter. I found that if you actually tightened it enough it clicks into place for each of the gears (hmmm, LBS Mechanic, take note). Once I made that adjustment the ride got a lot better. I did try a bunny hop over a speed bump only to have my bars move a bit down making that metal on metal, fingernail scratching a chalkboard sound. 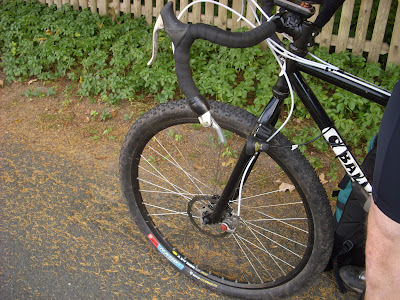 Riding a bike with essentially balloon tires is nice on the bumpy, back roads that make up my ride to and from work. On the way in, I hit a divot on the dirt road that if I were riding thinner tires I would have pinch flatted for sure. On the way home, another pothole would have taken the tire right out. 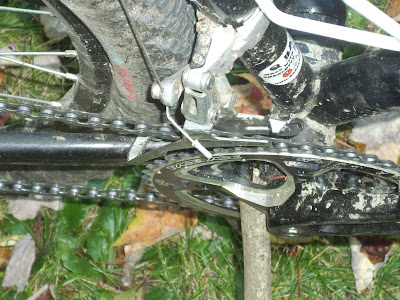 The extra cable on the front derailleur was bothering me on the way in because I was wearing baggy APFU pants, these are the best pants to commute in because they have a thick outer cover and a mesh liner inside which makes them super warm. I will take warmth over style any day. 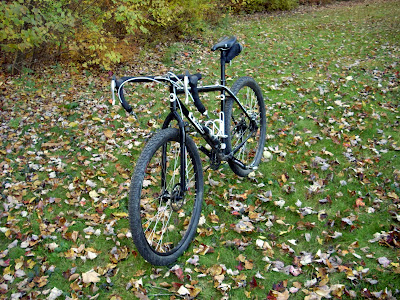 I still want to get a stem riser and I may have to reposition the bars, more downwards for Sunday. The cockpit is perfect and I can climb out of the saddle now. 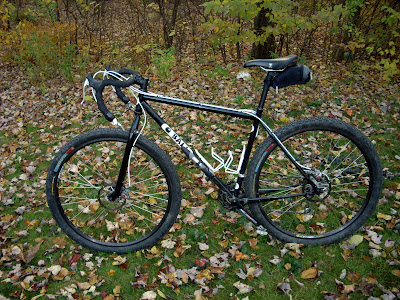 After the race on Sunday, I am going to try some actual cross tires that I have had laying around for quite some time. Might have to commute more often on the Qball. 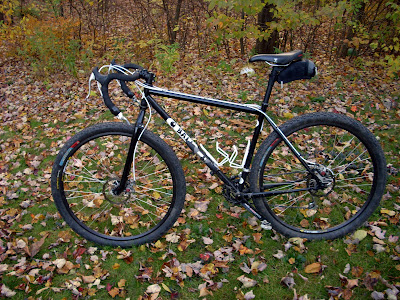 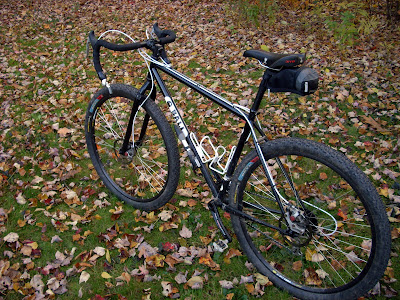