A Taste of the Loch Raven 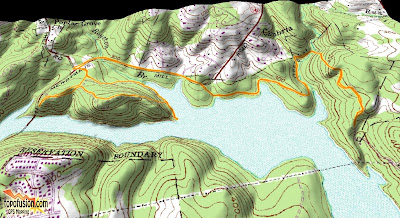 Everyone that I spoke to online about riding in this area told me that you had to ride Loch Raven.  Even some of the guys at work said Loch Raven was legit, however, there appeared to be a lot of controversy at Loch Raven in that you were only allowed to ride the perimeter fire road.  I found a GPS track online that I loaded onto my Endura but I figured I had to see it for myself.  I wish I could have found the map below online because that would have helped me figure out where to ride. 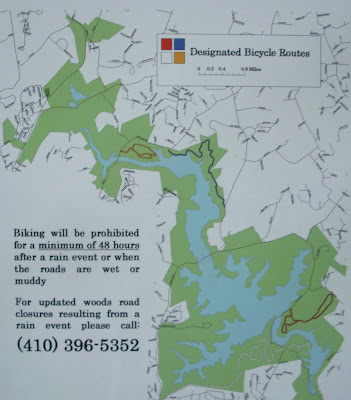 Apparently, the best riding is off of Dulaney Valley Road, which in the map above is there the red and white trails are.  I didn't figure that out till later so I ended up riding the upper trails and they were just meh, to say the least.  The first section was basically buff singletrack ontop of an old fire road.  When I figured out that it was just leading out to a point I kind of figured that it was going to suck.  Still, I figured, I would at least get some sort of work out. 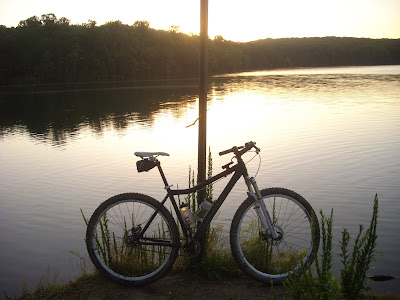 Along the way there were numerous blow downs that really interrupted the flow of the trail.  Once out on the point I snapped a few pix and then headed back finding a huge hike-a-bike that I followed instead of going the way I came.  I rode that all the way back to the other parking lot and then turned around and rode out of there.  I think all told it was maybe 2 miles at the most. 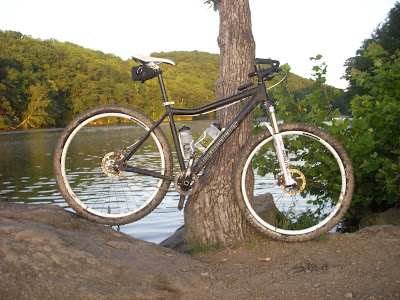 Following the track I downloaded from the internet I rode along Merriman's Road till I came to another trail head and rode in there. 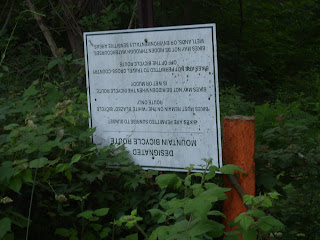 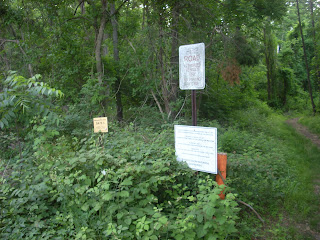 At least the first section I rode was primarily singletrack, albeit short, this second part was pure, unadulterated double track.  The whole time I was saying to myself that this would be perfect riding for my Monster Crosser and thought if I ever get the opportunity to come down on business I am going to bring the Qball to ride the NCR trail one day and here the next with fatter tires! 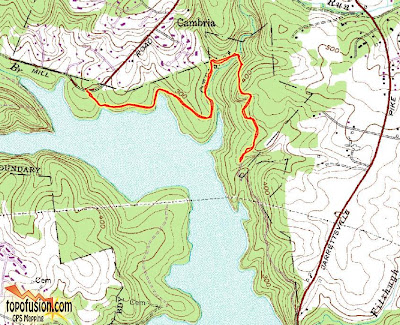 As you can see, I didn't get very far because I had to get back to car by 7 and back to the hotel for the remainder of the conference.
at 6:28 AM