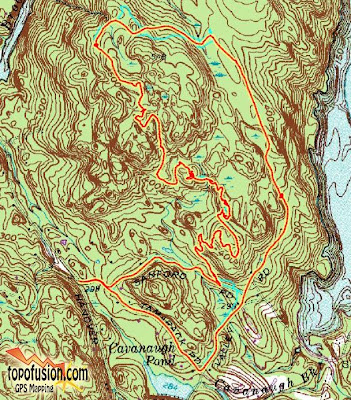 While working on this old tree another rider came along from the north.  A timid young man by the name of Alex riding a Giant hardtail with a Topeak Handlebar bag and back rack.  Nice all round bike but probably not suited for the rigors of the Upper Gussy Trail.  Ah the memories ... my first bike, the Trek, was the same and how many times did I brake something on it riding the trails around North Hanover?  Numerous times!  Hopefully, he will see the light, put some slicks on that "trail bike" and get a real mountain bike!
at 5:51 AM