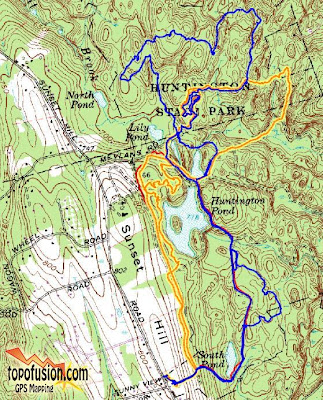 My second demo ride at The Happening at Huntington last Sunday was on a Carbon Fiber, Gary Fisher Superfly.  If you think a Ti bike is light, carbon fiber is much lighter!  This bike had to have weighed 21 to 22 lbs and it felt like a race horse that just wanted to Giddy up!  Since I had an hour and a half to kill till the festivities began I opted to lead a small group, just one other person, Daren Casey, a Trail Ambassador from West Hartford, to see what this bike could do. 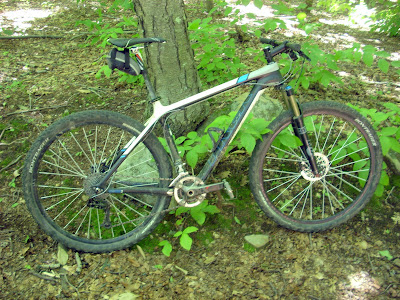 The mistake I made was taking it on CT NEMBA's Rock and Roll Trail which is a very technical trail to ride and I just slogged through it but then Daren and I hit the Big Burn that's when I saw what this bike could do.  First thing I noticed was the 80mm fork, it was a little stiffer and to me the right amount of travel for an XC race bike.  Big Boy wheels combined with a more competitive fork meant it really ripped through the trails.  Add the 51mm offset on the fork crown and the G2 geometry makes this bike extremely maneuverable. 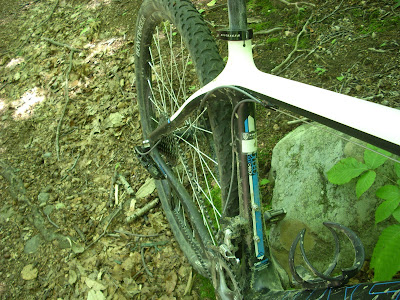 Cornering on the Superfly was superb compared to the diSSent and the Lynskey.  It just felt like I had way more control and of course the lack of weight meant it was hungry to climb.  The only thing that I had trouble with was getting used to the SRAM shifters.  Being so light, I never needed Granny's help to climb anything. 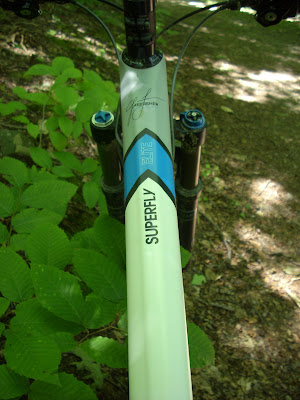 This bike is a pure racing machine and it would be something to ride it on some of the courses in the Root66 series, but then it would seem like I was cheating riding with gears. 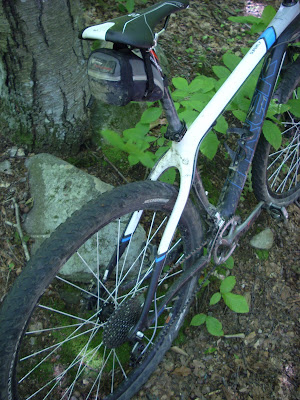 The bike had a different feel to it that I quite couldn't pin point initially.  Makes me wonder if I should be on a bike with an 80mm fork rather 100mm.
at 6:14 AM

Email ThisBlogThis!Share to TwitterShare to FacebookShare to Pinterest
Labels: Happening at Huntington