Saturday Morning Eye Opener: Two Singlespeeds are better than one! 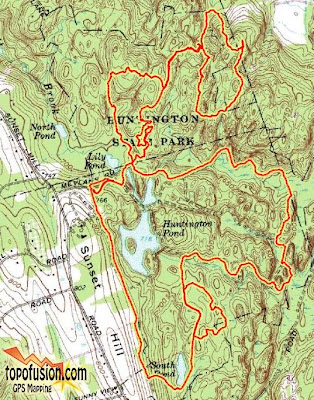 The diSSent is laid up awaiting a new rear brake cable so I took the Dillinger out for the Saturday Morning Eye Opener at Huntington, so I am thankful that I have two SSer bikes, granted I think I need a rigid steel set up for it to really make a difference.  Finally some nice weather after a week of solid rain.  In fact, not riding for five days is the longest dry spell I have gone without riding in over two months.  Wasn't sure what the conditions were going to be like after a week of rain and they were OK.  Many of the vernal pools were flooded which meant any trails that went near them were submerged.  Trails in low spots were flooded as well seeing that Huntington's back 40 doesn't get a lot of attention and it shows. 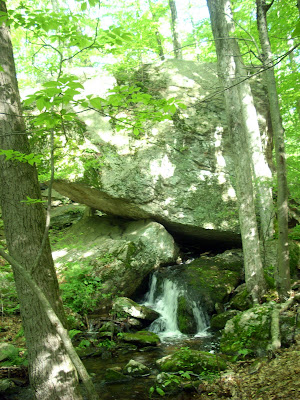 The Dillinger is still performing nicely except for the issue with the Ergons.  The big bar-end GX2 grips that I raced on last year continue to slip on me making climbing a bit uncertain, especially on the real steep stuff where I need all the leverage I can get.  I did find something interesting as far as trails go in this section which is where you would normally ride through was flooded I stayed right and ended up following an old logging road.  There was a tree down blocking it so I went a little further up only to find it opened up into someone's back yard in which I think could only have been off Equestrienne Ridge.  From the downed tree back to the trail it made a nice go around that I think might turn into a good reroute in the future. 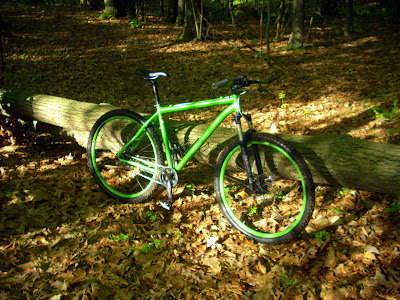 I went left this time on the white trail rather than going the usual right which eventually leads you back to the blue trail because I haven't been that way in a while I discovered why I seldom go this route -- hike-a-bike.  However, at the junction with the blue trail I found a rock containing a big chunk of what looked like black Mica, at least that is what I would call it since the Mica mines were just up the hill.  It looked like there was a path that went over to the base of a cliff that I followed and found more of this black mica looking rock that I think may be called Tourmaline. 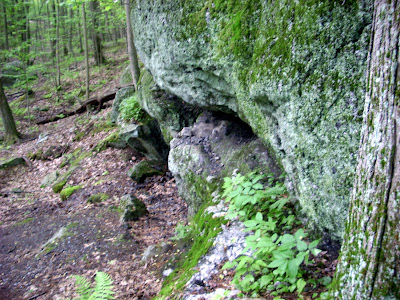 From there, I went back up the blue, I love riding this section in both directions.  Down it, it's a fast loopy downhill and back up it's a great climb.  From there it was over to the Lollipop which is great trail, too, and next time I want to take the trail that comes off this and heads further out in to the lessor known parts of the park.  The remainder of the ride was mostly on the carriage roads into the southern section of the park with a loop in the opposite direction on the South Pond Single Track.  Finished the ride with the big climb up the new gravel road.  I have been cleaning the climb with my 20t and 21t cogs but I think it's time to go to the 19t which I am going to put on the Dillinger and use the other two on the diSSent until I get stronger. 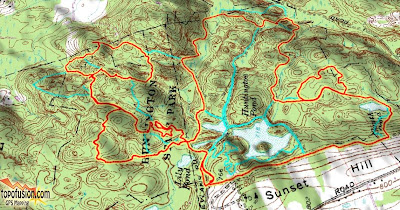