Riding the Bloomin Metric on a Bicycle built for Two 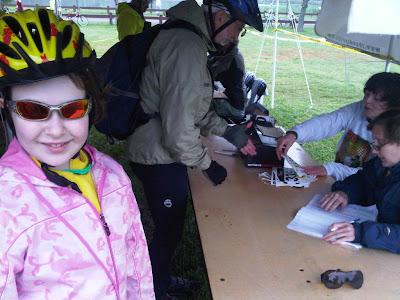 Katie and rode the Bloomin' Metric again.  Weather report called for a nice, sunny day but when we awoke this morning it was foggy, drizzly, and kind of cold.  We got down to Calf Pasture Beach a little later than we wanted and my father and his girlfriend got the jump on us by a good 20 or so minutes.  The first 5 or 6 miles I could have really used some full finger gloves because my fingers were cold. 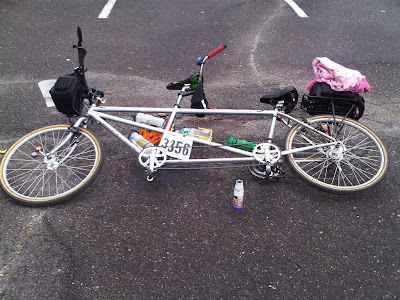 Katie and I were talking about doing the 75K course this year but getting there late and trying to catch my father, who seems to have improved his riding strength, meant that wasn't going to happen.  And Katie and I didn't really train this year as I would have like to.  Katie and I hit the course hammering to a good, strong cadence, and we were picking off all the casual and comfort bike riders till we were all alone.  Then we started catching the groups of riders mixed with varying abilities.  Big difference over last year's Bloomin Metric, I think mainly because we had a goal to catch my father.  Last year we tried riding with him but he was so much more slower than us that we were riding at a more leisurely pace.  This time, however, we brought our A Game.. 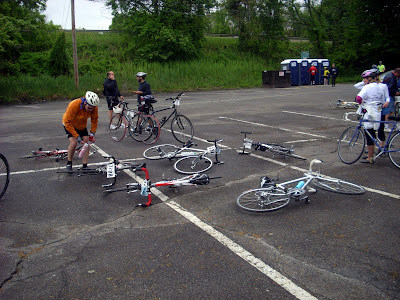 We got to the feed stop 5 minutes behind my father after averaging 14 mph but we were earlier this year and it wasn't as crowded.  There were plenty of bottled drinks, PBJs, bananas, cookies, Cliff Bars and oranges.  Only thing missing were the Goo Blocks. 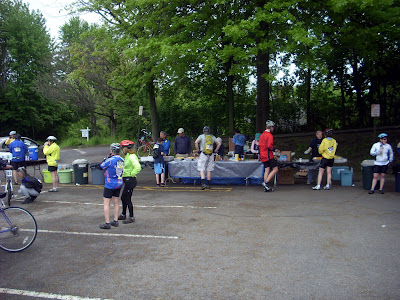 We took off again but had to make a stop.  Katie wanted to check out some live stock (in Westport?) and I had to tighten my seatpost. 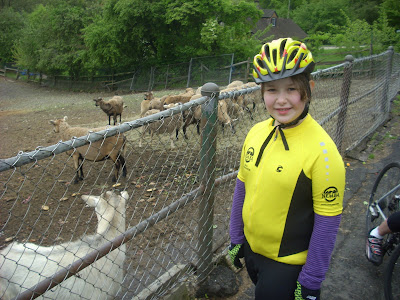 Then it was the final run back to Calf Pasture.  We started picking people off, old and young alike, on old crappy ten speeds, comfort and mountain bikes, and a few full kitted riders on really bling, bling bikes.  We were back before lunch time and had sandwiches and picked up a little free schwag before taking off for home. 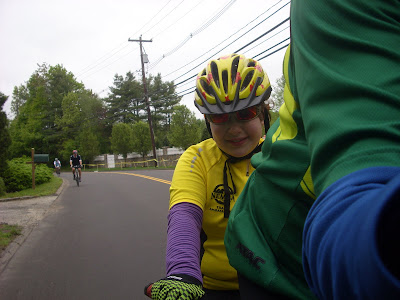 Oh man that looks like you guys had a blast!!! I'd love to do something like that with my wife or my son!