I got a new set of Ergon grips the other day and planned on putting them on diSSent.  While I like the GX3s I find no matter how much I tighten them they still move when I am trying to get the most leverage out of the bar ends in order to climb.  I think this is because I used them pretty hard last year and they have had it.  The bar ends on the GX3s are full hand but I am finding that I don't need to be that far out anymore to get the same amount of leverage, gosh does this mean I am becoming stronger? Since I needed another set of grips I decided to try the GR2s, they looked better than my old GP1s that I used on the tandem and are made for a three finger bar end. 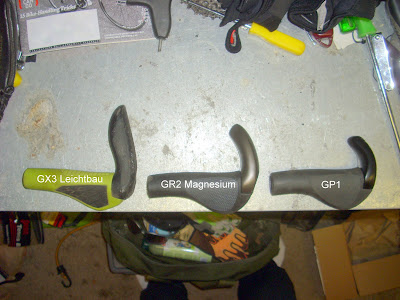 Tested them out at Upper Paugussett and they were great!  I really like the three finger bar end now because it puts my hands more on the sides instead of out front of the bars, which means I can slide back to the braking position much faster. 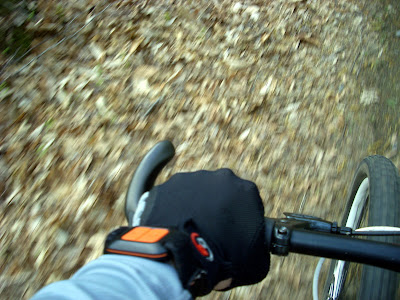 Looks like the GX3s are going back on the Dillinger and the GP1s go back to the Tandem.
at 6:03 PM

Email ThisBlogThis!Share to TwitterShare to FacebookShare to Pinterest
Labels: Gear