Another quickie at Wadsworth

Got up to Middletown a lot later than I wanted to for various reasons: work, traffic, and had to pick something up, so I was only able to do a quick 45 minute 4.5 mile ride with the boys at Wadsworth State Park before CT NEMBA's Chapter Meeting. They were able to take a warm up lap and just happen to come back to the lot to look for me as I was getting ready. 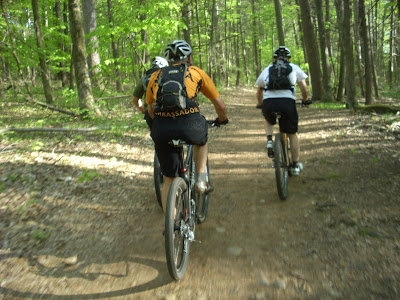 Wadsworth is impossible to get lost in and the whole time riding Tuesday I always knew where I was.  We headed up the yellow trail, then the twisty climb beside the old carriage road which I usually take, much better route I might add.  Then it was the big down hill bomb of the Gravity Cavity, a loop on Alex's single track, and then a reverse figure eight all the way to southern end of the park.  This was great because I have never ridden the reverse of this loop this way.  Then we took a different way to little falls and then it was a simple ride out of the park. 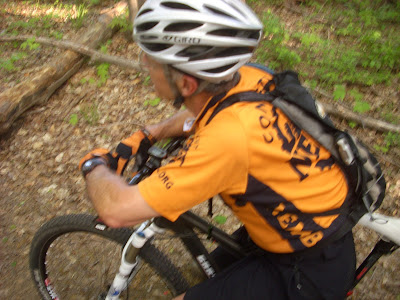 We were all riding 29ers, which seems to be pretty common these days!  Glenn on his new Special-Ed, Art on his rigid, SSer Haro Mary, Al on a Carbon Fiber GF Superfly, and I rode the diSSent.  Trails were awesome and the weather was perfect. Didn't see any other riders so it was like having the place to ourselves!  Granted, it's no Case Mtn. 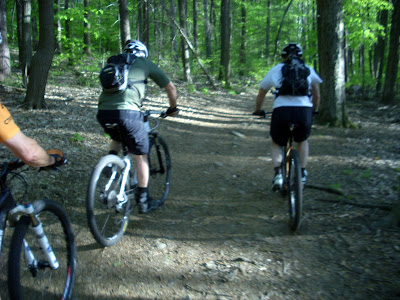