7 out of 7 at Winsted Woods 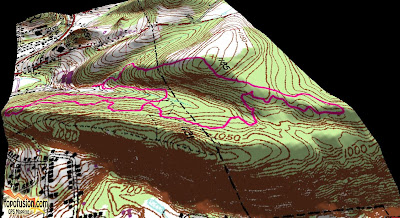 The Massasoit Lung Opener was a cake walk compared to Winsted Woods, this was a death march.  It started raining Saturday night and around 9 AM a thunder storm rolled in and dumped a few inches on the area.  That same storm tracked right up to Winsted.  The longer course at Massasoit was easier to ride but it was a lot colder however at Winsted, the combination of the rain and the course made it a real blood bath, for me at least.  At the start of my pre-lap, the trails were already pretty greasy and you knew it was only going to get worse. 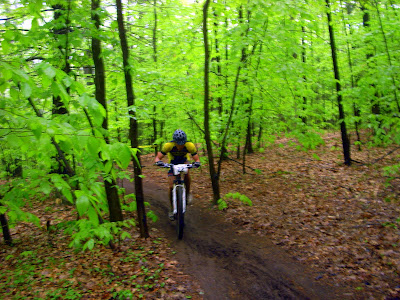 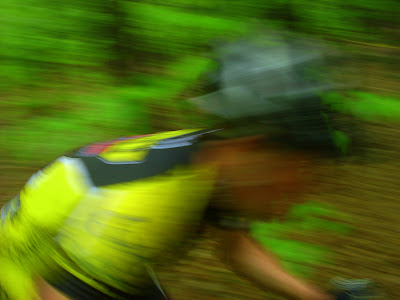 After the pre-lap I switched out my rear tire for the Serfas Krest 9r, while heavier, because its a 2 ply puncture resistant tire, the tread pattern is ultra grippy in slippery conditions and I can run it at 25 to 30 psi and not worry about flats.  The tire change was helpful but the trails for the CAT2 race were a lot worse after the CAT1s tore up the course.  Again I hit that wall and couldn't push myself any faster, granted it was pretty hard to go faster on account of the terrain.  I think it's the way I am training.  I am riding so much during the week, and Saturday, I am not giving myself enough time to recover.  Going to have switch tactics. 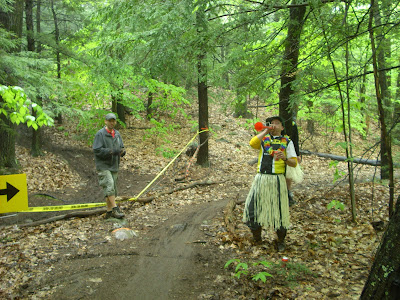 What's this?  Hecklers?  Did we just get teleported to Europe or something?  These guys were inspirational to say the least. 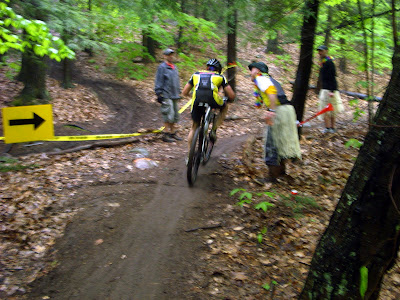 After this guy got heckled, it was my turn! 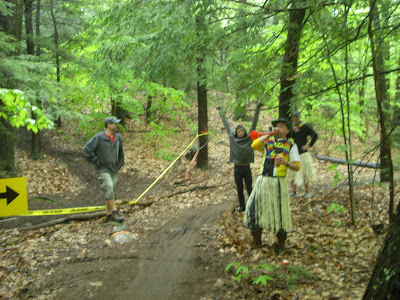 That was a greasy course and I did a lot of walking, in fact I was last person to finish  My time sucked but I finished and that is all that matters to me. 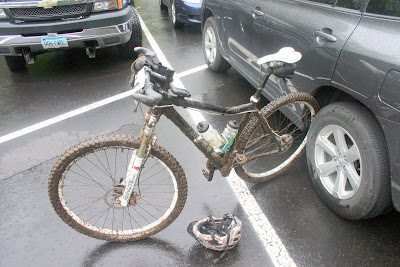 Another muddy race.  Probably going to have to replace my brake pads but I don't think I had much stopping power on the last descent. 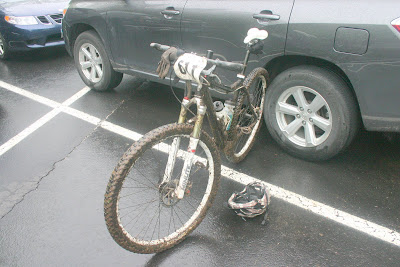 The hecklers were a nice touch amidst the suffering. I ran more today than in all mtn bike races I've done combined. Nice work just finishing this one Mark, alot of people didnt.

It was definitely a death march, for me at least. Will have some pix up of you and your race team later today.

As muddy and slimey as it was, i still had a blast... I LOVED the hecklers! Great to see you there...

@Todd, great meeting you at last. That was a brutal course. Hopefully we'll have some drier trails coming up in June.

Brian & Greg did an awesome job cheering everybody on! You guys were great!!!! Even though this was a difficult race, everybody had to smile.