After missing the last member's ride at Wadsworth SP I made sure that I wasn't going to miss this one. You may notice that the map below has a pretty detailed track, something that my GPSMAP60 could not produce and I would never display someone's GPX file, that to me seems unoriginal. No, the map below was made with my new Garmin Edge! It's a 205 that I got through some biking connections. Only, I had to ride with it in my pack because when I had the cyclocomputer installed last week, they took off my Edge mount. In comparison to the cyclocomputer, they were pretty much complimentary of one another in terms of measuring distance. 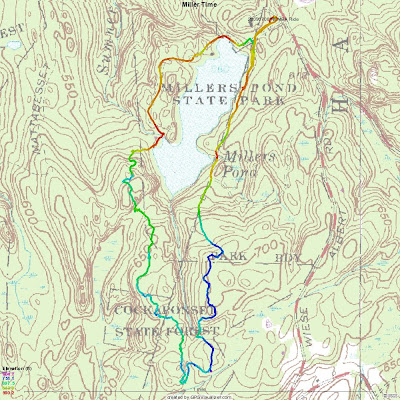 I posted the ride on Crankfire.com and I wasn't really expecting it but the famous (or infamous) trail builder of Miller's Pond State Park, the Pukemaster (aka Jon Peterson, pictured below) of Bikerag.com decided he would give us the XC Weenie tour of the place. Of course last month's wet weather has impacted Miller's Pond as well and we would not get to ride the new XC Trail. 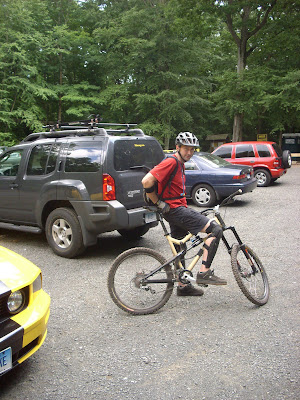 Also leading our merry band of Trail Ambassadors (Glenn, Paula, and myself) was Jon's girlfriend, Diana, both by the way are sick, sick freeriders. I felt extremely unworthy amongst these two demi-gods of the CT Mountain Biking scene and most fortunate that they were willing to go out of their way to give us this tour. Also pictured here is Glenn Vernes, CT NEMBA's Treasurer and recent convert to the 29er club who was riding his rigid, singlespeed, Redline 29er. Now that takes balls in a place like this. 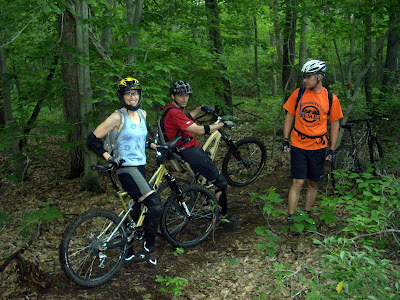 This place is full of stunts, most of which have been engineered, and I say engineered, by Jon. Take for example, this one called the Dragon's Spine. 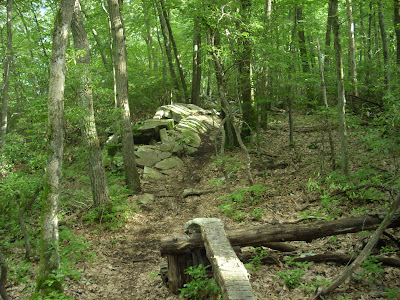 Rock spine with a Skinny connector with line to roll (right of the drop) or just drop it, and to finish, a log skinny up-and-over. Need to think about that for the Upper Gussy Trail! 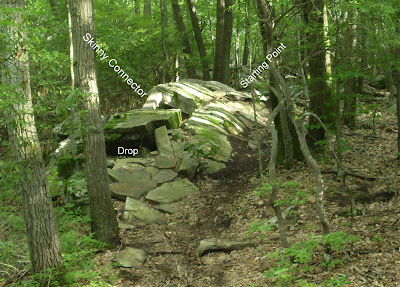 And then there is the Ten Commandments. The slab of rock you see acting as a ramp was moved Egyptian Style 30 feet from the rock jumble above using a come-along and log rollers, finally coming to a rest in this position. You can ride it in either direction. 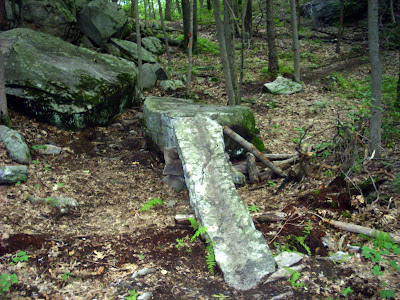 Jon makes it look so simple riding these stunts. 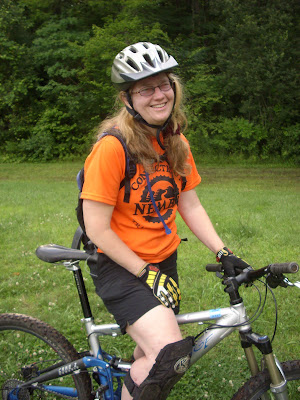 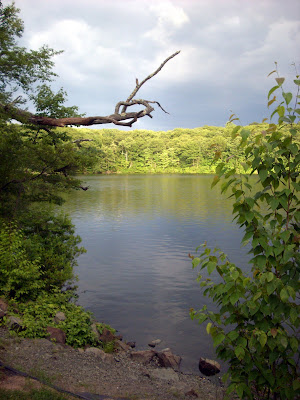 Of course, these days it wouldn't be typical for an afternoon with the threat of a thunder shower. 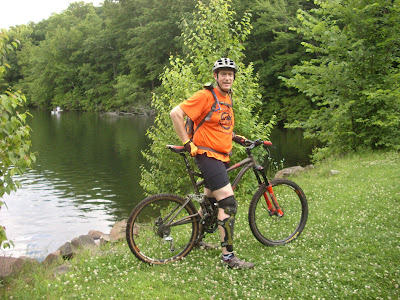