Day 13: Life without my Edge; laps at the Racebrook Tract

I got a buyer for the 'Stone from Craigslist and planned on meeting him in Orange at 9 AM, so I got up at 5:30 AM Saturday morning and headed down to the Racebrook Tract to test out the Qball with some new equipment. After two weeks, I think who ever found my GPS has decided to keep it. Looks like I am going to have to replace it because as you can probably tell I am having some withdrawl issues. 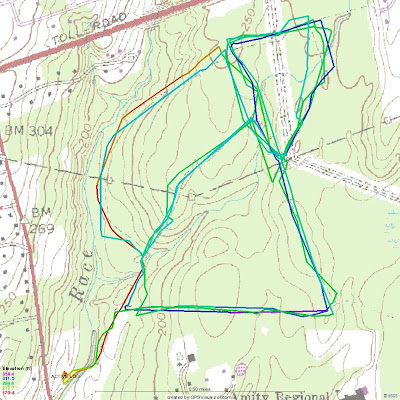 For one, just look at the map above. That's the quality you get from the GPSMAP60 unfortunately. Granted In comparisson to the map I made earlier this year. Clearly this GPS is not made to record points as fast as the Edge and that is probably why the quality of the tracks are so low. I did, however, mount an odometer on the Qball but I am not sure how accurate it is. My wheel and tire size wasn't listed in the chart so I measured it out manually and punched in the values. I probably need to test it out on the road and see how accurate it is indeed. 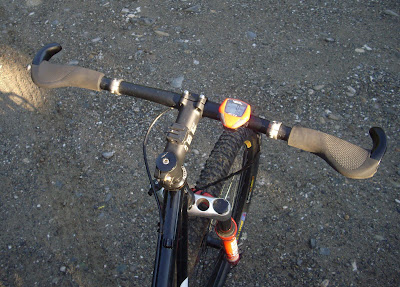 Still on the fence whether I will be doing any more races this year. Not because of an ailments or injuries, rather time. The only free weekend I have at the moment for a race is the Landmine Classic but that is a long one and I really need to start training for it. So that's what I did today here at the Racebrook Tract. I don't think Wompatuck is flat as this place but it was good to get out and get some miles in.

Pictured above is this four point buck that I came upon under the power lines. I stopped to take a picture of him and we was looking at me the whole time and twitching his tail. I got the feeling that he was trying to decide whether to charge me or flee. His lady was off to the right nibbling on some berries. 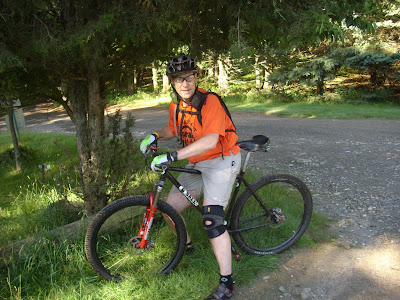 Never saw any other mountain bikers on the trail but I was there in case they needed help, wearing my Trail Ambassador jersey. Of course by the end of the ride, it was a little muddy. The section in Woodbridge was well drained, still greasy, but really good overall, but everything else was still kind of sloppy. 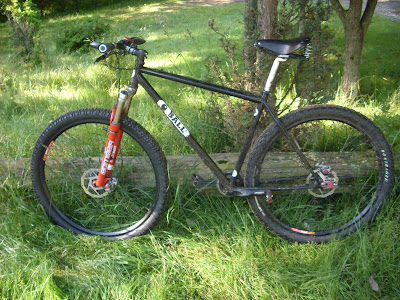 First time riding with B66 was great, although it started out like I was planning on getting rid of it after the first mile. It just felt off, that is until I raised the seatpost another inch and that made all the difference! It creaks alot but it provided some nice cushion. 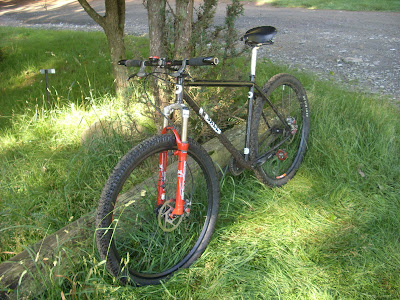 I picked up another Brooks Saddle the other day, a brown leather Brooks Professional that I put on the Stinson. Have not tested it out but I am sure it will be different. Still I love the classic look of these saddles. I did end up selling the 'Stone and now I am fixed gear-less! I am in the process of building up the Stinson and I might have it ready for Monday's commute. If not, looks like I will be riding the 'Goose. 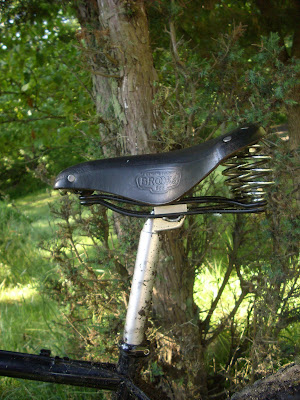