I finished Week 28 with three commutes, Tuesday, Wednesday, and Thursday.  I didn't commute Monday because my fourth point of contact was sore from Sunday's ride on the Ashokan Populaire and I thought it best to give my legs a break. 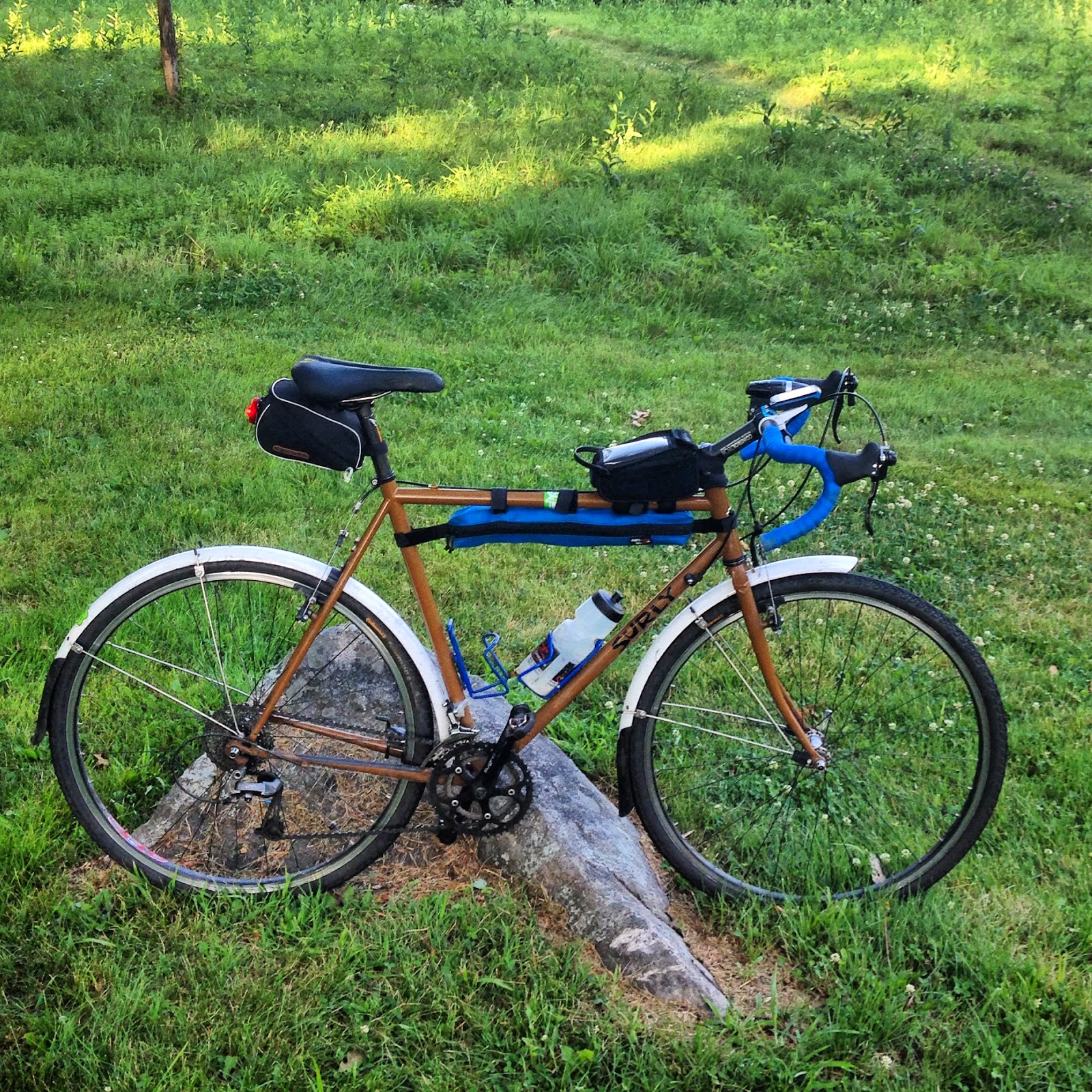 What is the culprit of my ass soreness, you might ask?  My Brooks Cambrium Saddle.  It looks great but it's hard and due to the material composition I don't see it ever "breaking in" like I have seen with other Brooks Saddles. 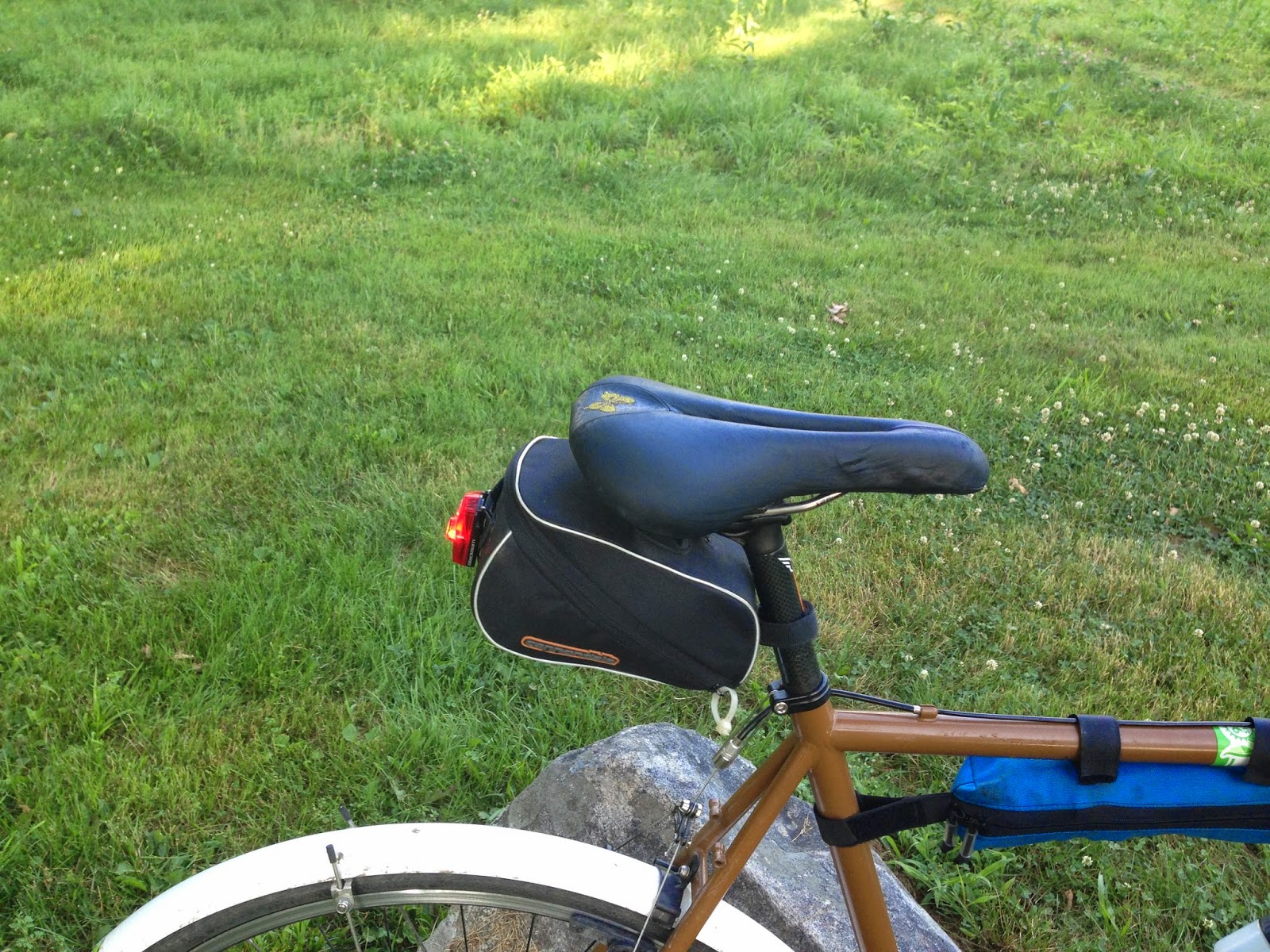 I went back to the softest saddle I have, a Terry Saddle that I got with the Kona Unit.  You could almost call it a comfort saddle because it's so soft.  I am going to give it a shot on my next randoneering adventure the following weekend to see now it does. 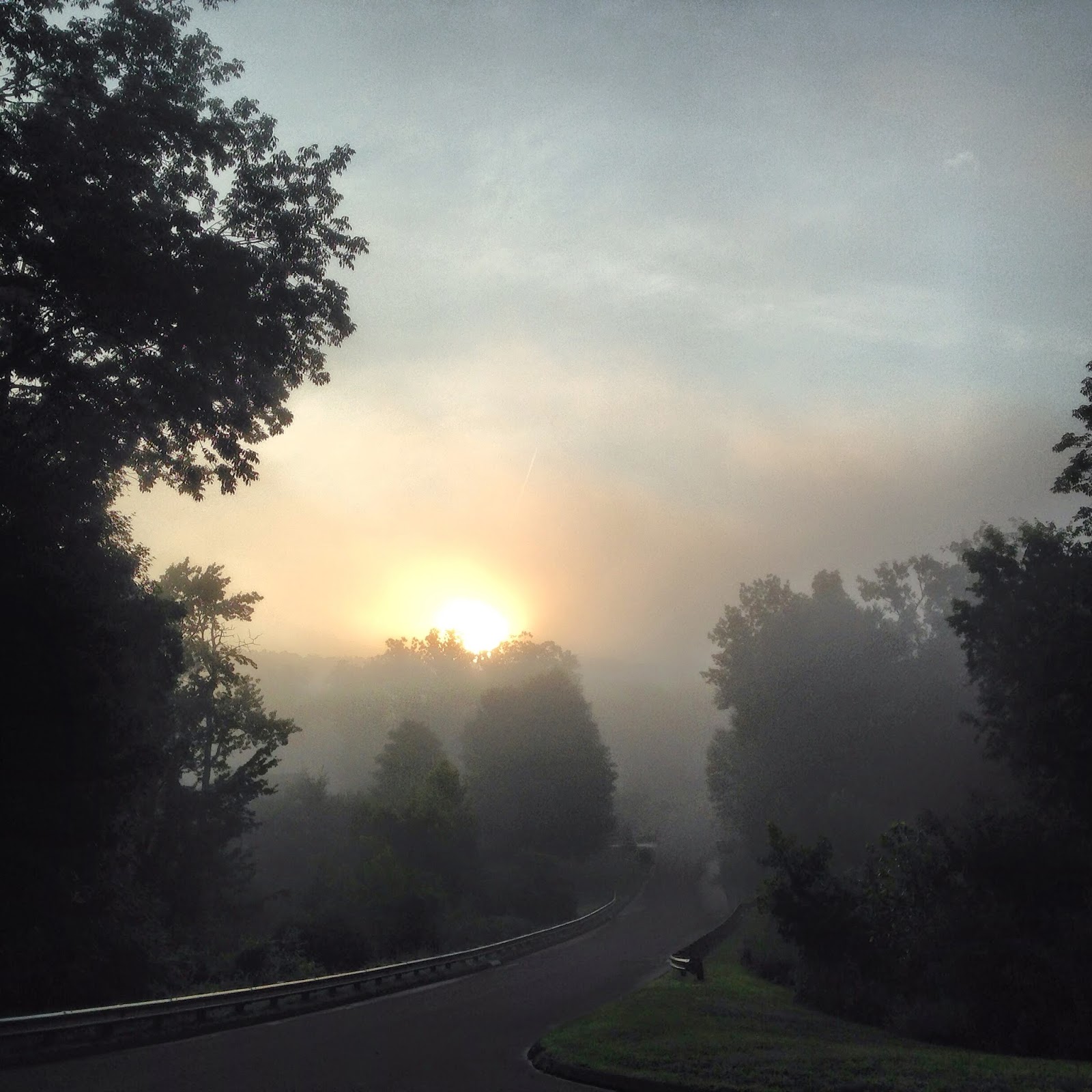 The ride in on Tuesday morning was cool and foggy and I left at 6 AM because I had an important meeting at 8:30 that I couldn't be late for so on top of leaving early I opted for one of my short routes that morning. On the way home, I did a longer route, riding Plum Trees and the back side of Castle Hill where I got a great, afternoon shot of Church Hill in Newtown. 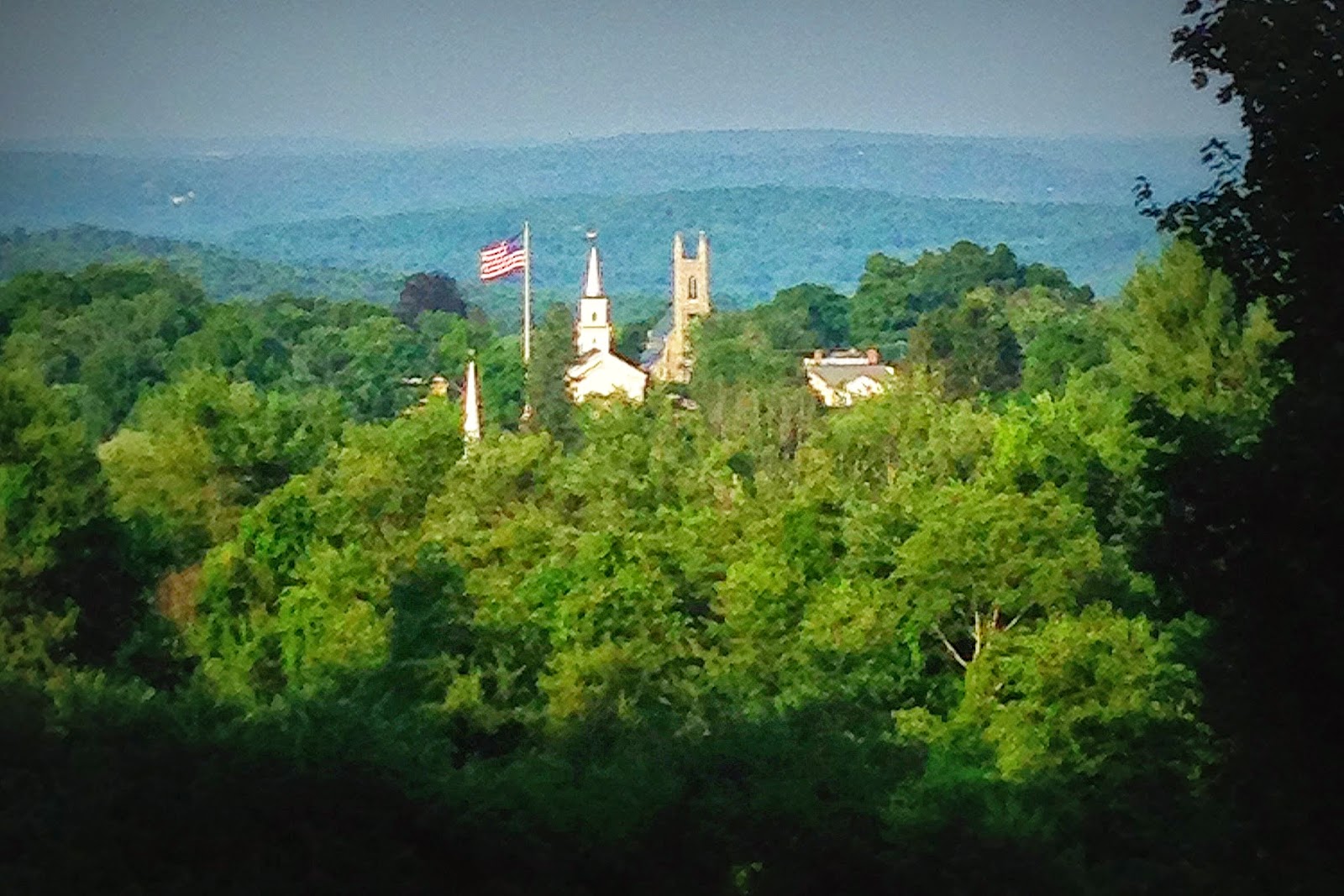 On Wednesday I rode the Bianchi Singlespeed to work.  It was a good change up and I need to start riding the bike more because I think it will really help my conditioning.  It's a much harder work out on the hills here in Southwestern Connecticut.  I rode the same route back and fourth but I think I need to change that a bit and come up with a good morning and afternoon route for the singlespeed commute.  I have a few ideas in mind. 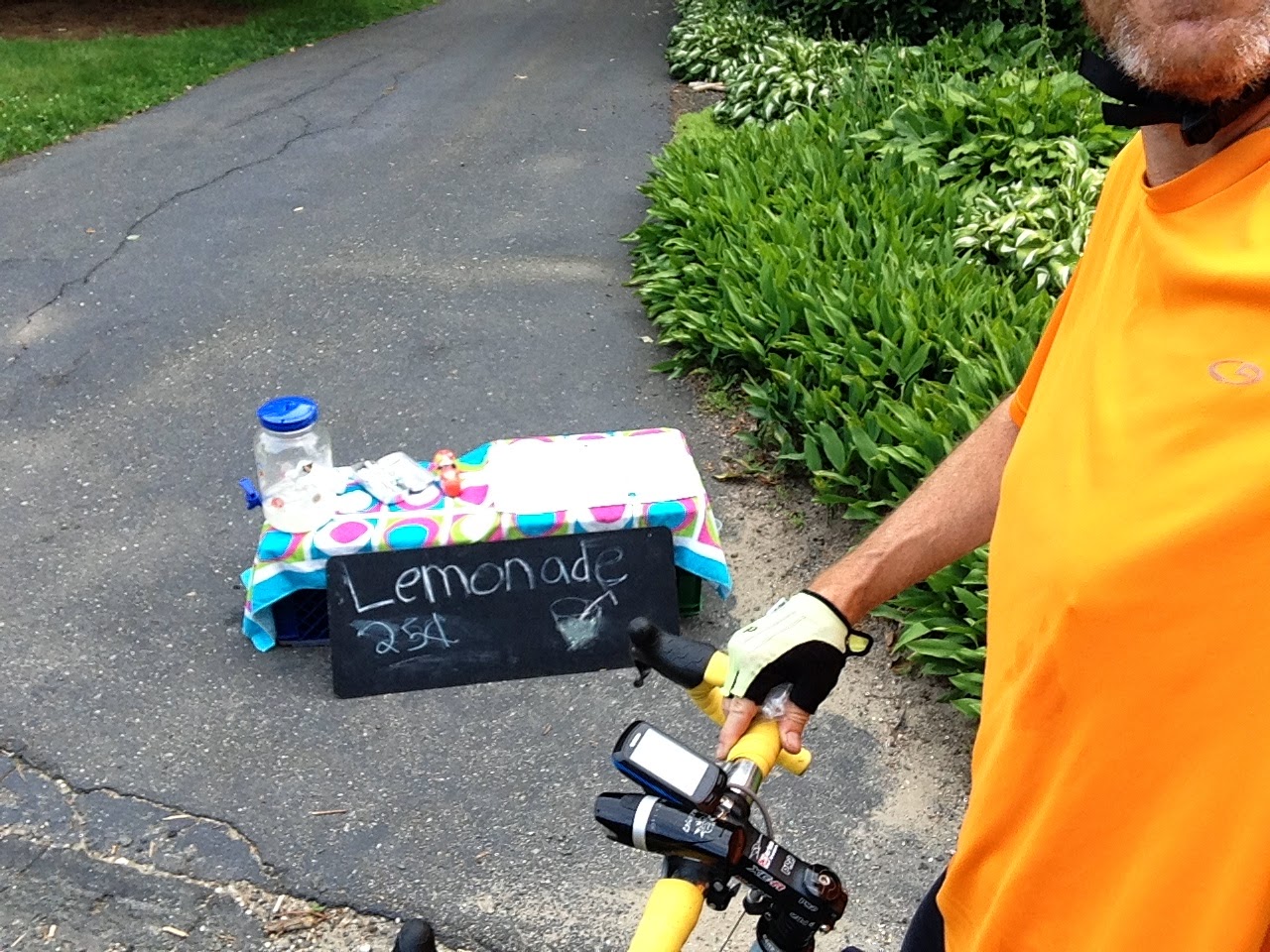 On the way home some enterprising young girls were selling lemonade on Old Hawleyville Rd so I stopped off for a cool drink.  I gave them a generous tip because all I had on me was singles and didn't want any loose change. 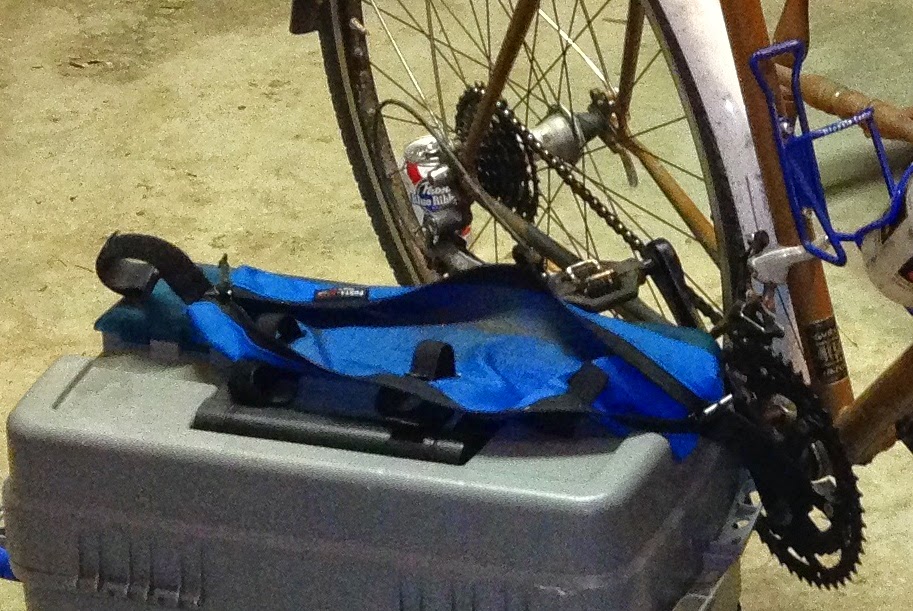 When I was transferring my frame bag back to the Cross Check I noticed that all three velcro loops that hold the bag to the frame were torn and probably wouldn't last another hard ride and I didn't want to take the chance of it happening while out on the roads on my next big ride so I put everything into my trunk bag. Originally bought this trunk bag for mountain biking but it didn't work out to well but the great thing about it is it holds my new Blackburn Blinky perfectly.  I can also fit a rain jacket in there, too, along with a few other things so it has been a fixture on the back of the Surly for quite some time now. 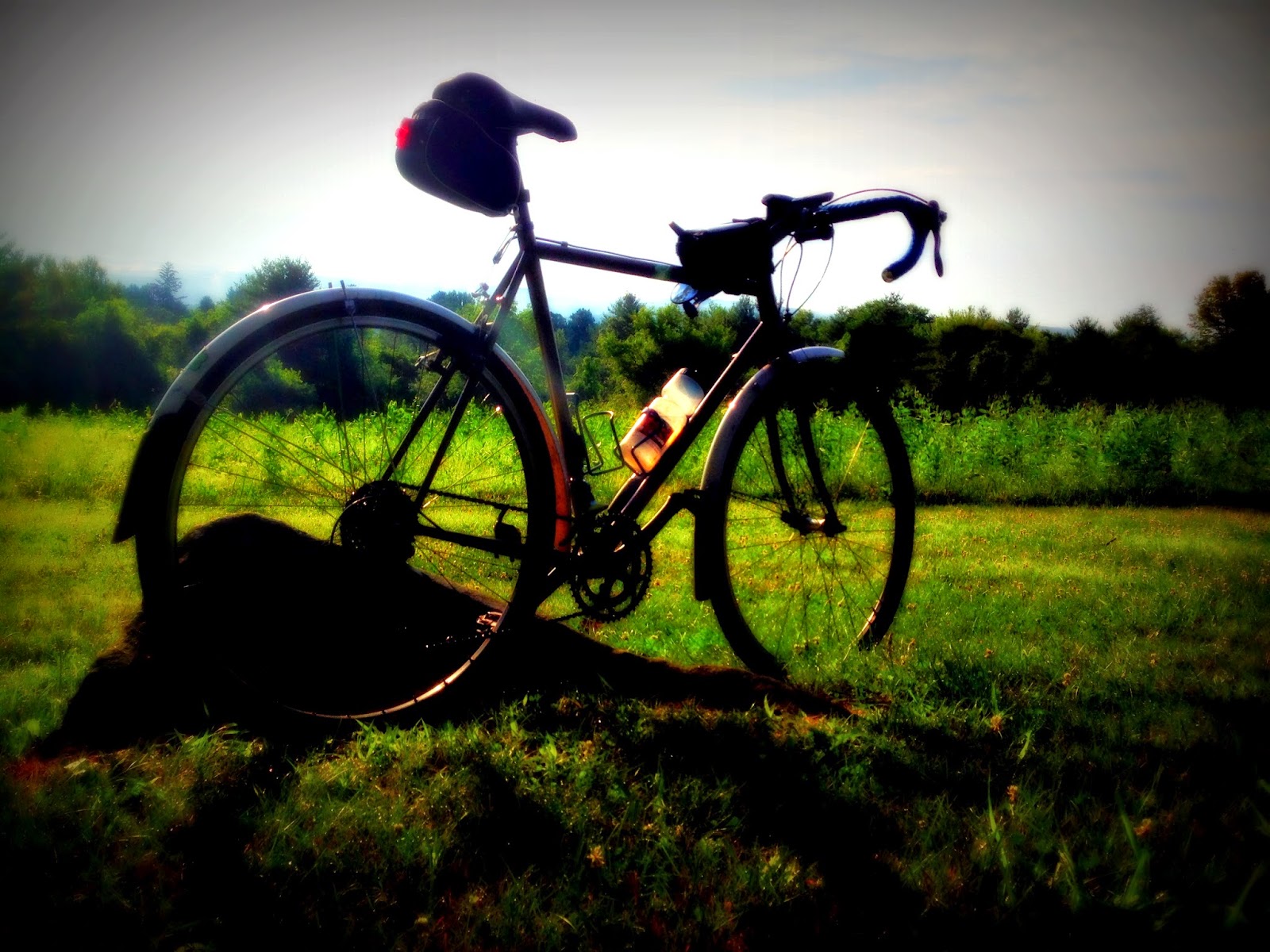 In fact, the trunk bag fits two tubes, levers, a spare set of Crank Brothers' Egg Beater pedals, and my multitool, with room to spare. 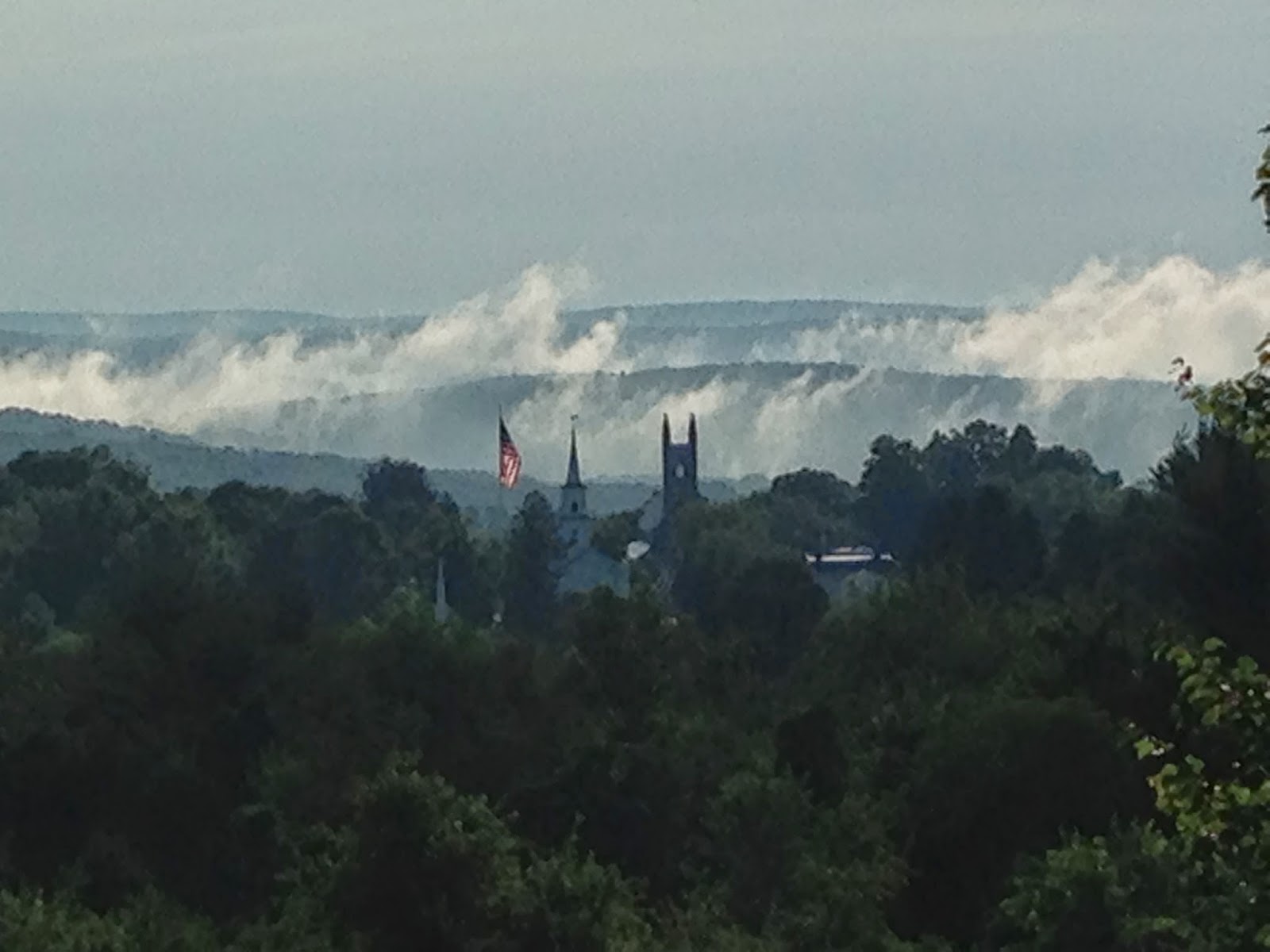 The view from Castle Hill Thursday morning was resplendent.  Another cool morning in the low 60's and low lying fog caused by thunderstorms the night before enabled me to get this great picture. 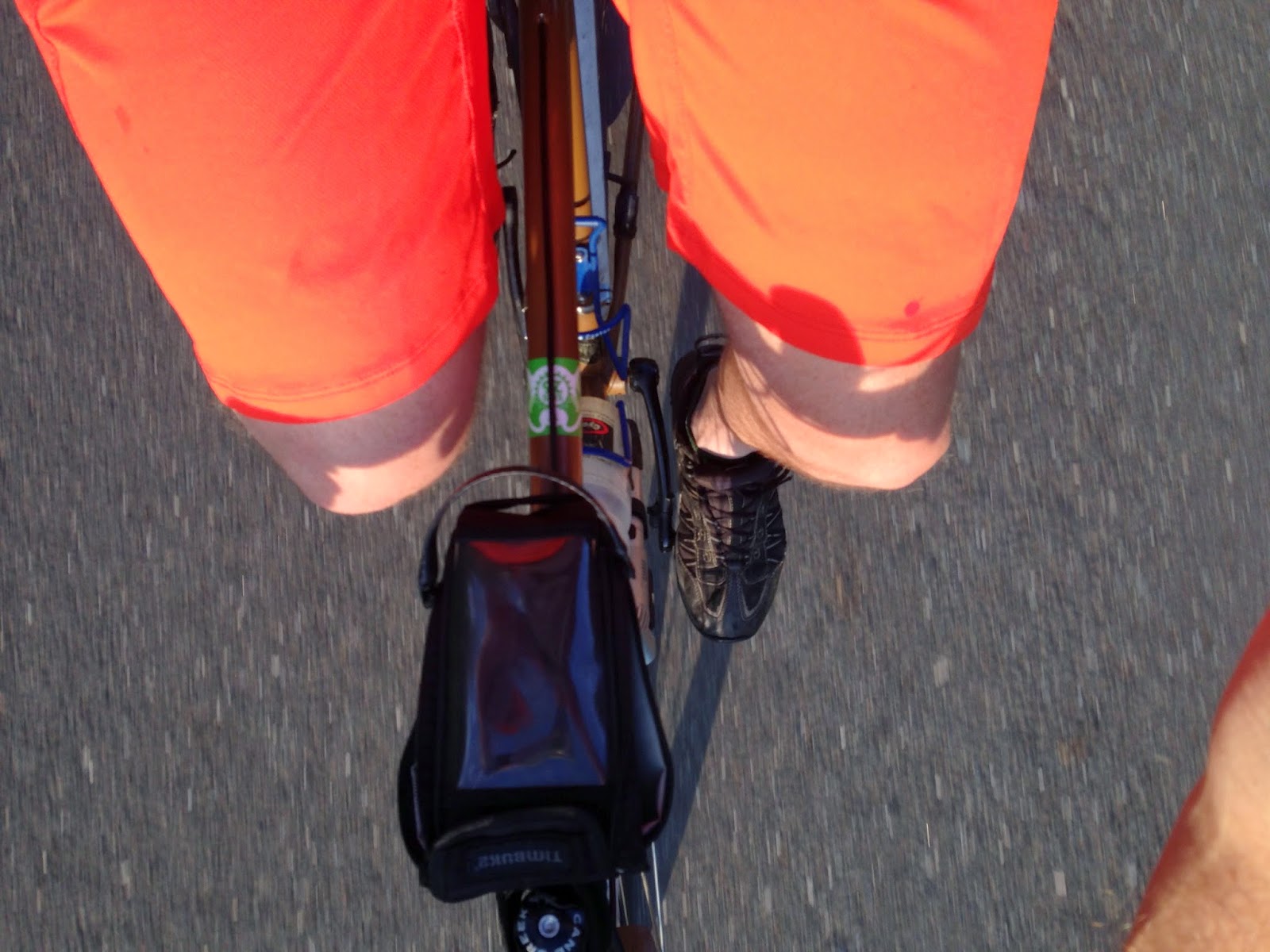 I have three pair of shorts that I wear each week for commuting but I couldn't find one of them so I reverted to some mountain biking shorts that I bought last year, on sale, that never fit right.  Now that I am 20 pounds lighter and have lost a few inches off the waste line, these shorts fit perfectly and I have redesignated them as Randopants.  My brother-in-law and Rando Riding Partner wears similar shorts so I thought I would test them out and they are great.  What's even better is that the side pockets hold my iPhone perfectly and I can slip some ID and guu pack in the other pocket.  I think I am going to have to get some more of these for future randoneering and gravel grinder rides. 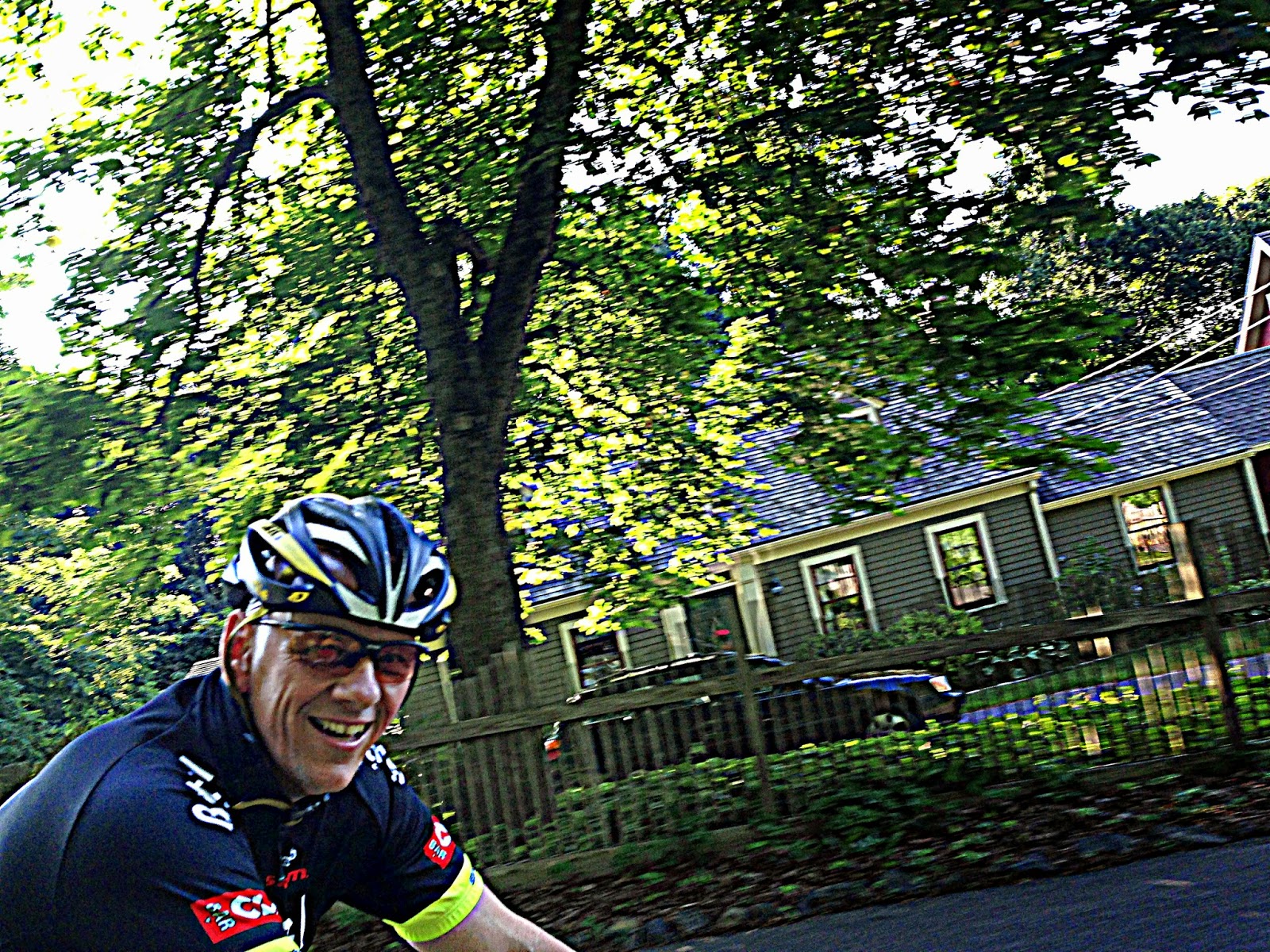 While riding home Thursday, I turned onto Walnut Hill in Bethel and saw a cyclist further back.   I first thought it might be a colleague from work who rides home at the end of the day and then rides back to work in the morning.  I have tried that but I prefer making a day out of it, riding to and from. 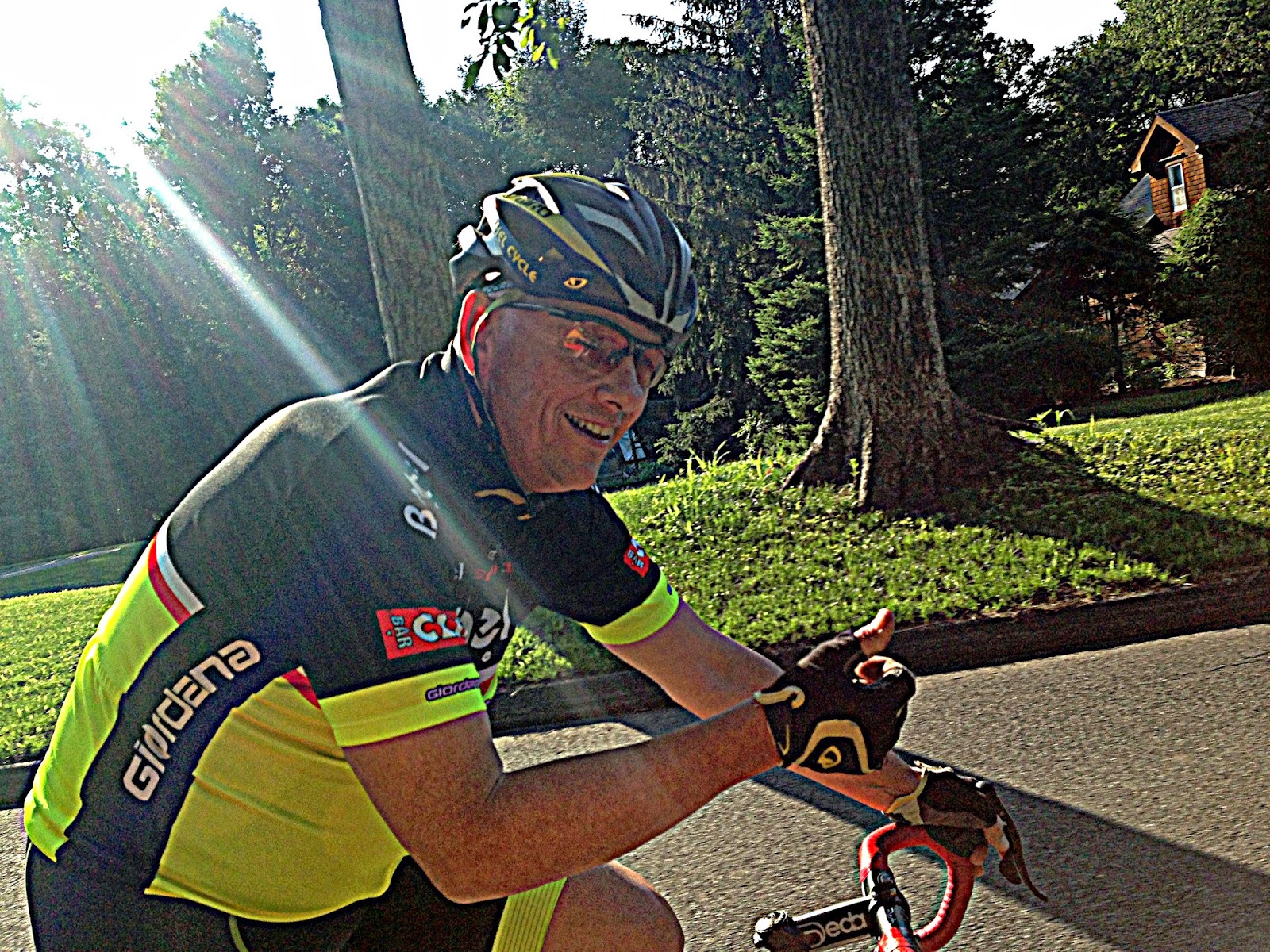 The unknown cyclist caught up with me on Old Bethel Road and we chatted a bit.  His name is Bob and he is recovering from heart surgery back in October!  Great to see him on a bike and riding hard! 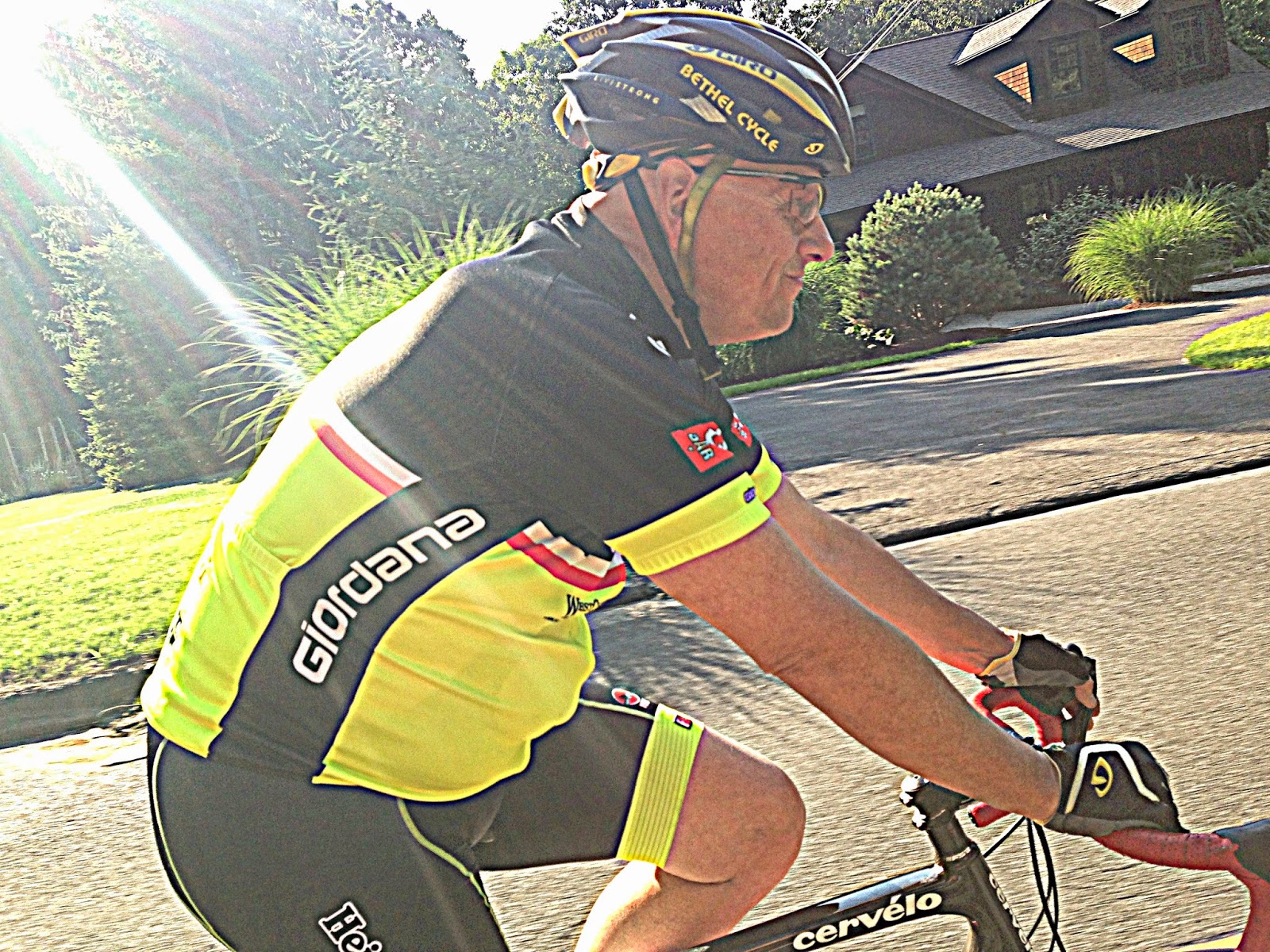