Tandeming the Junction and Breakwater Trail

Elliot and went exploring on Tuesday on the Tandem.  We rode from the vacation house over to the Junction and Breakwater Rail Trail, which is atop, in some places an old railroad bed that served Rehoboth Beach until 1928.  The straight sections you knew you were on the actual railroad bed and then there were some go arounds where the property had been developed and a Greenway was used to connect the dots. 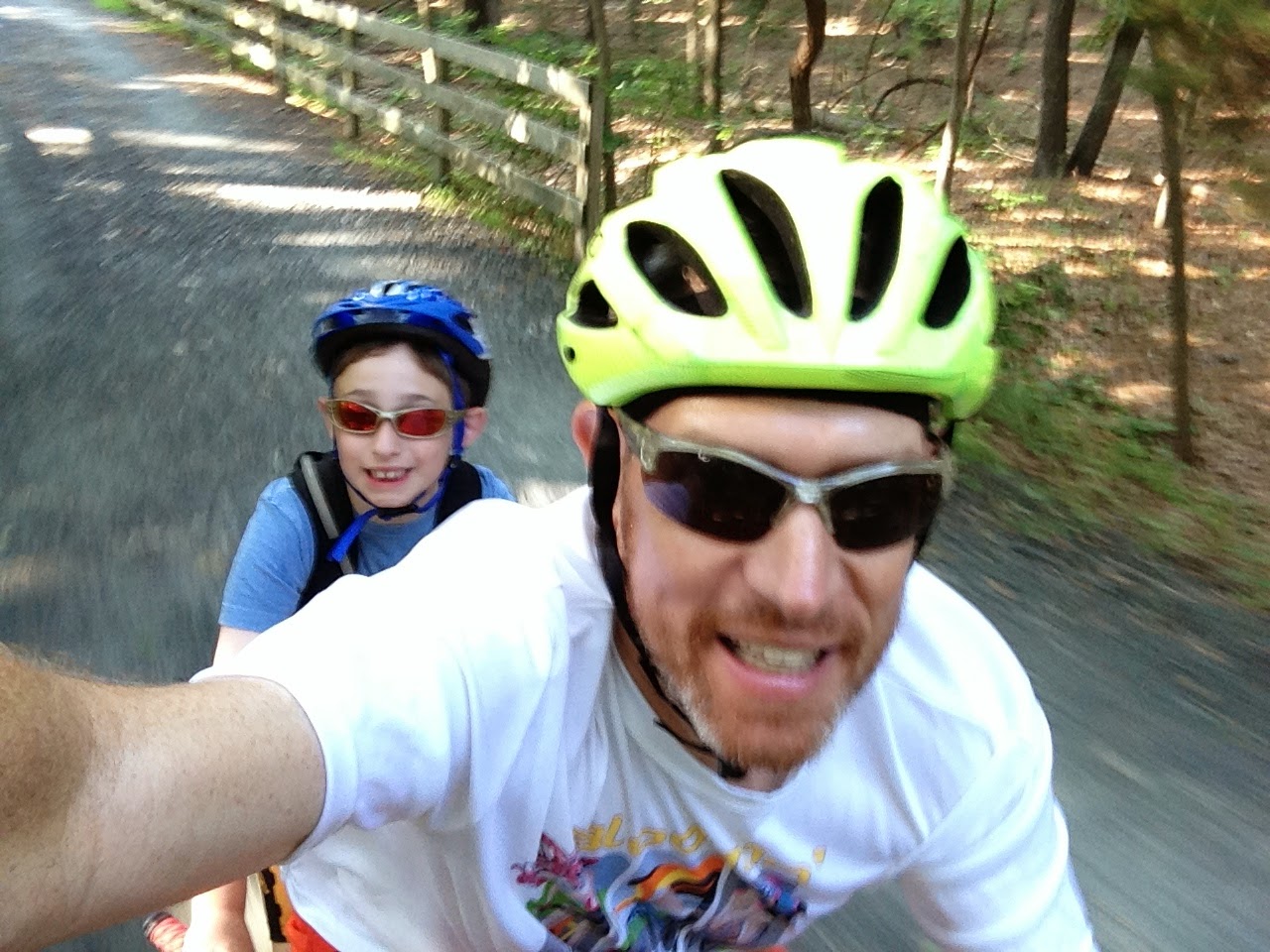 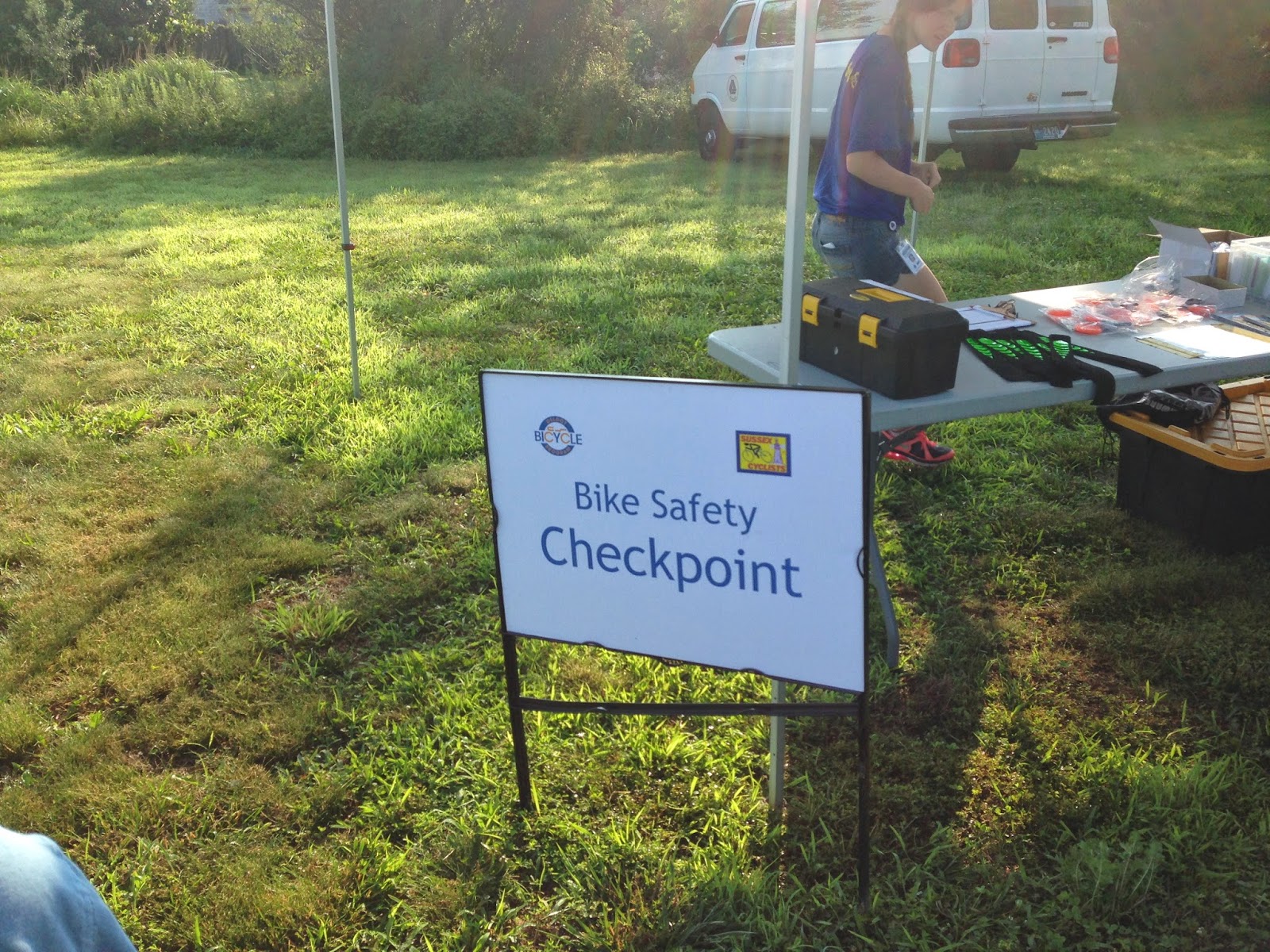 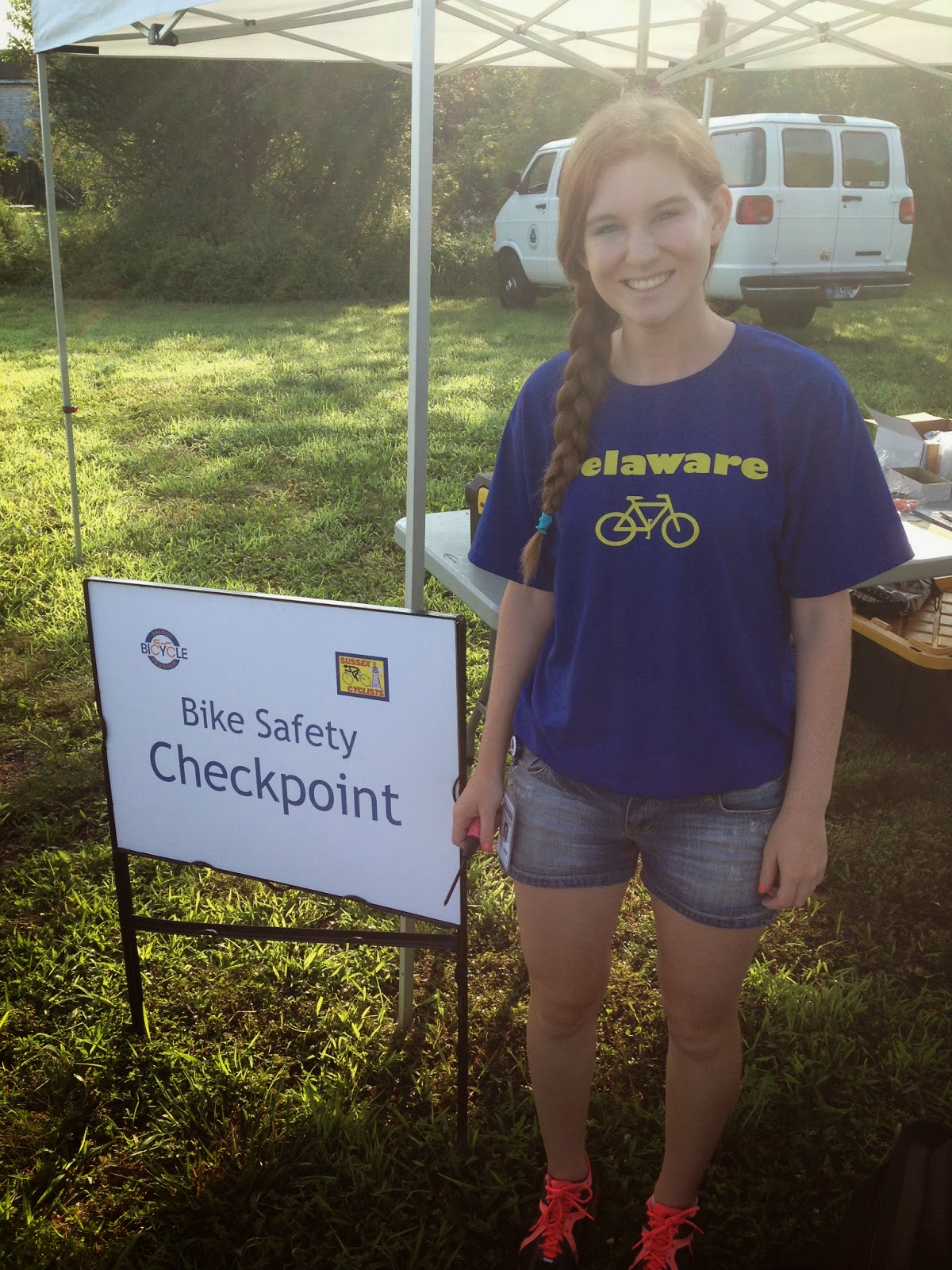 They were handing out free front and back blinkies and some other things. 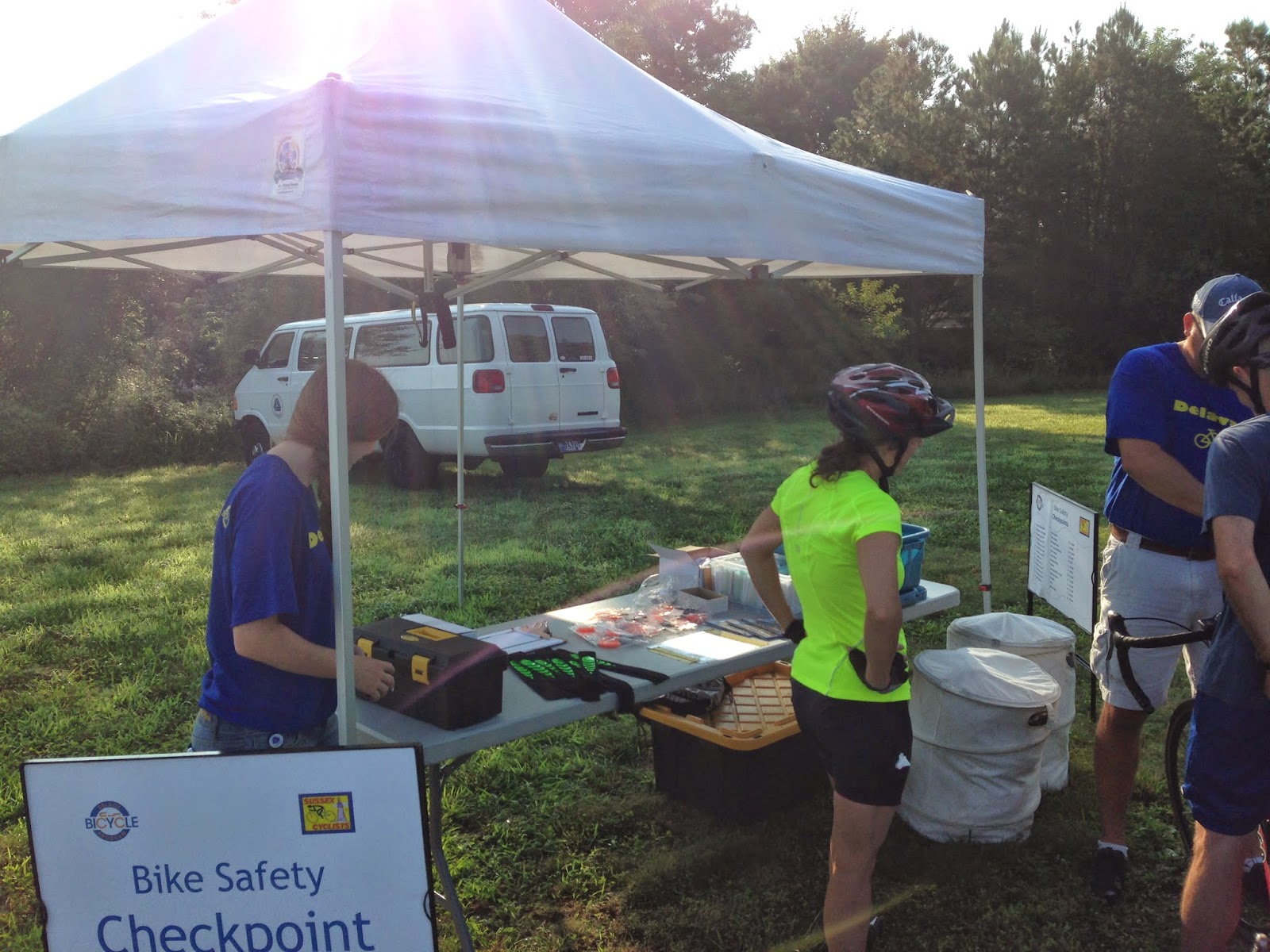 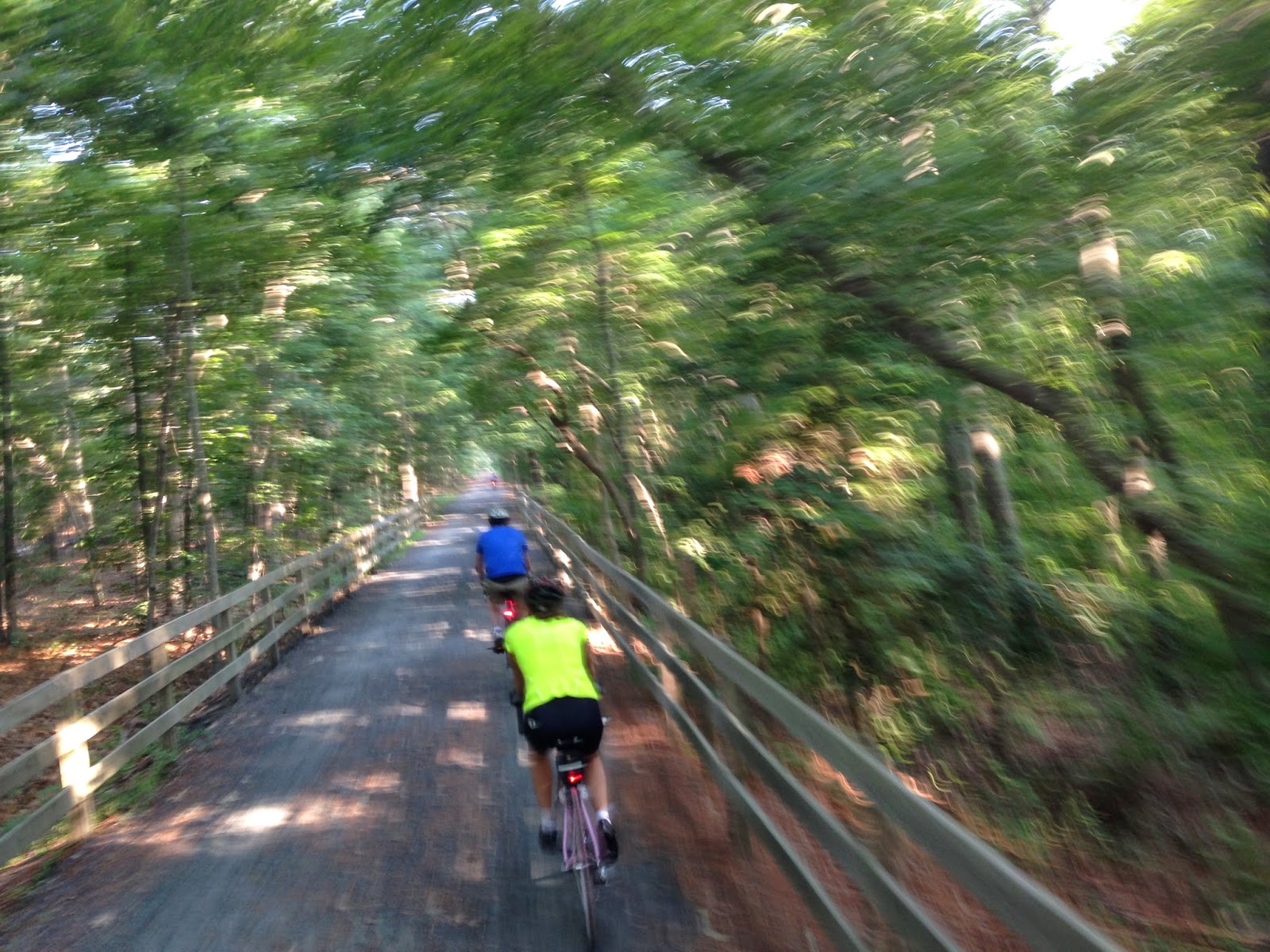 We drafted off these cyclists for awhile but ended up losing them when we got to a subdivision the trail runs right through the middle of.  The advertising for the subdivision touted the Greenway and it's direct connection to the beach.  East coast cookie cutter homes being sold for $400K! 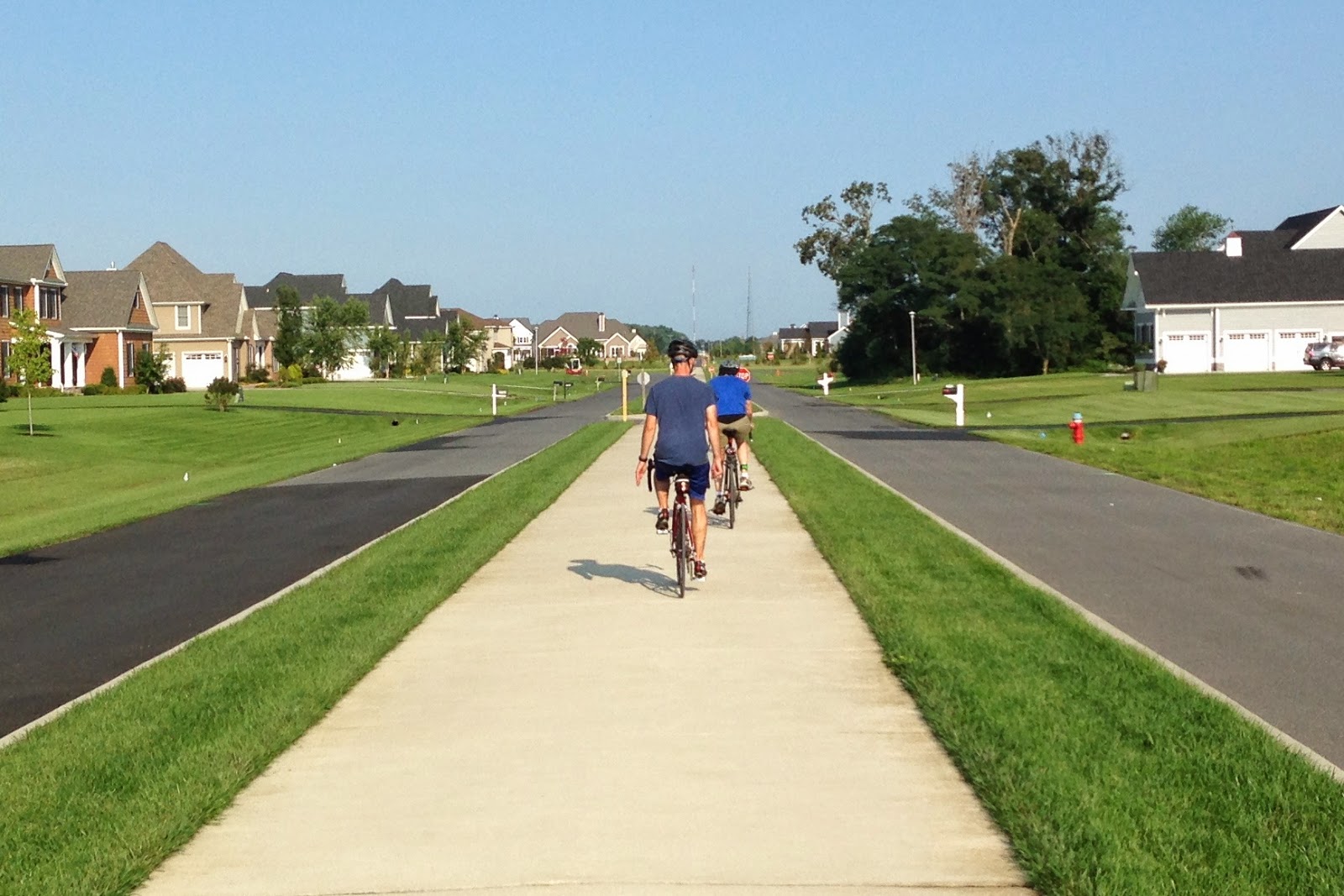 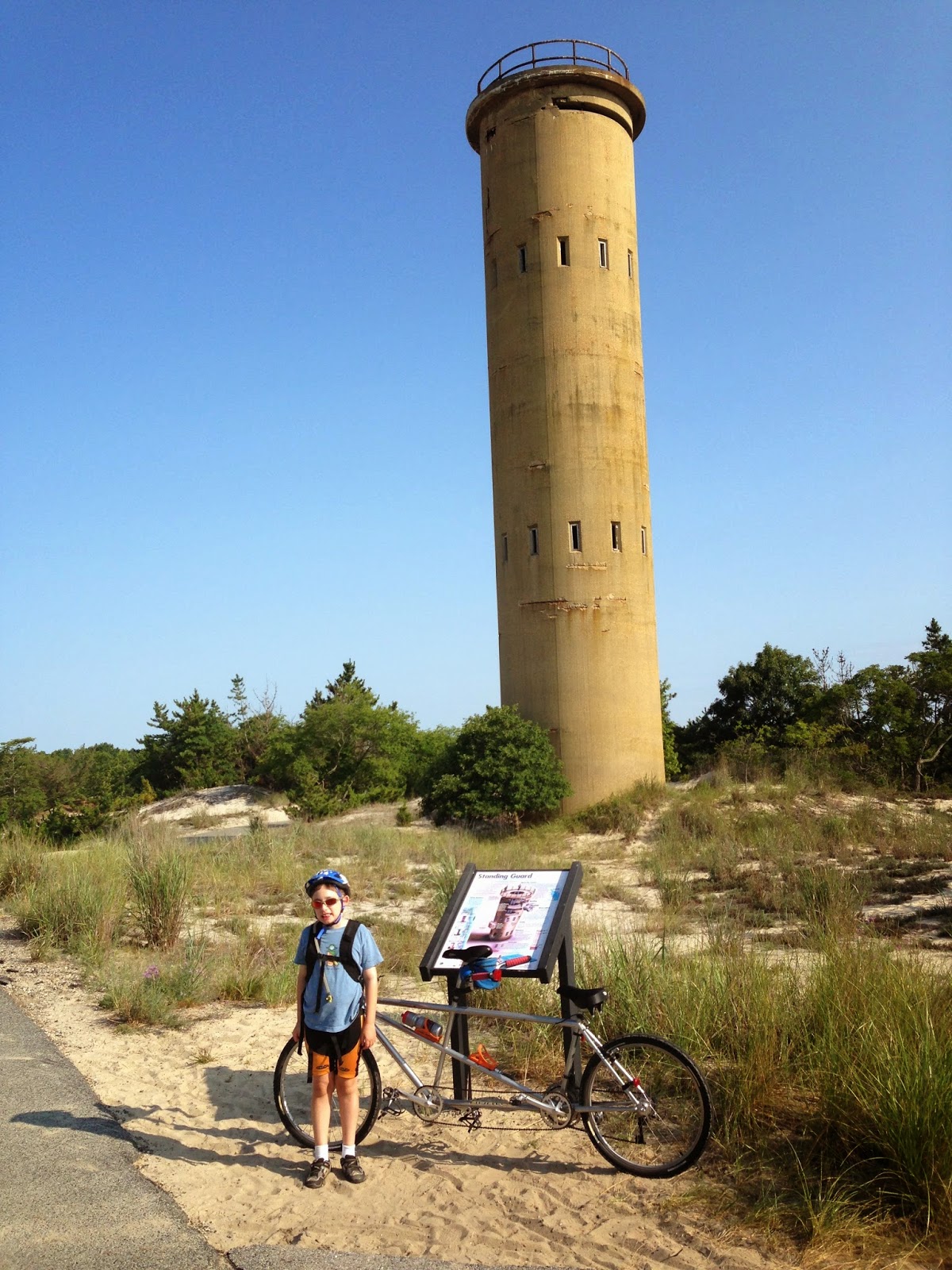 Between the Cape and Betheny Beach stands 8 coastal watch towers that were a part of the Fort Miles Coast defense battery.  Their purpose was to stand guard over the entrance to Delaware Bay during WWII and look for German Submarines that might try to attack our shipping or wreak havoc in Delaware Bay. 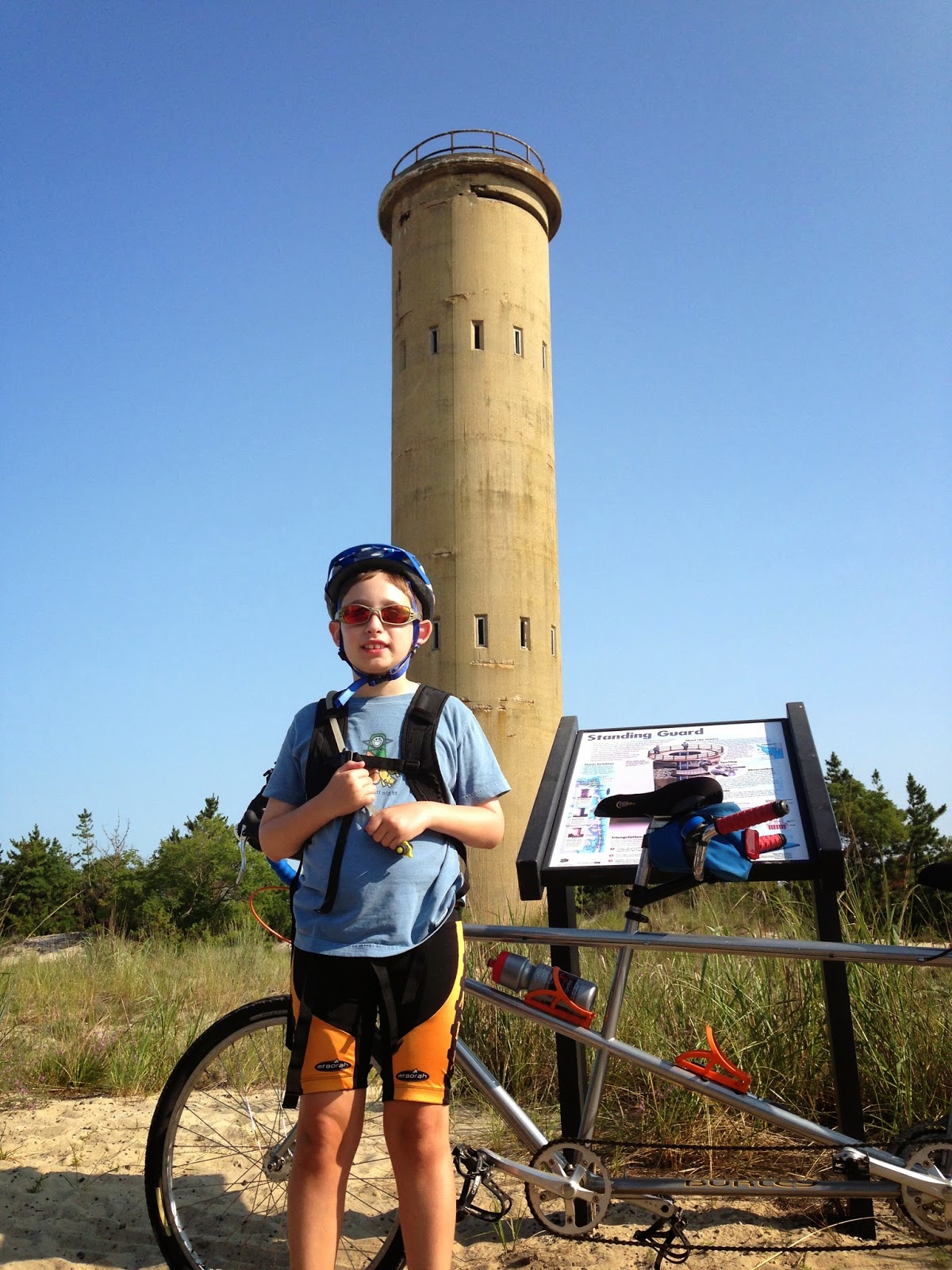 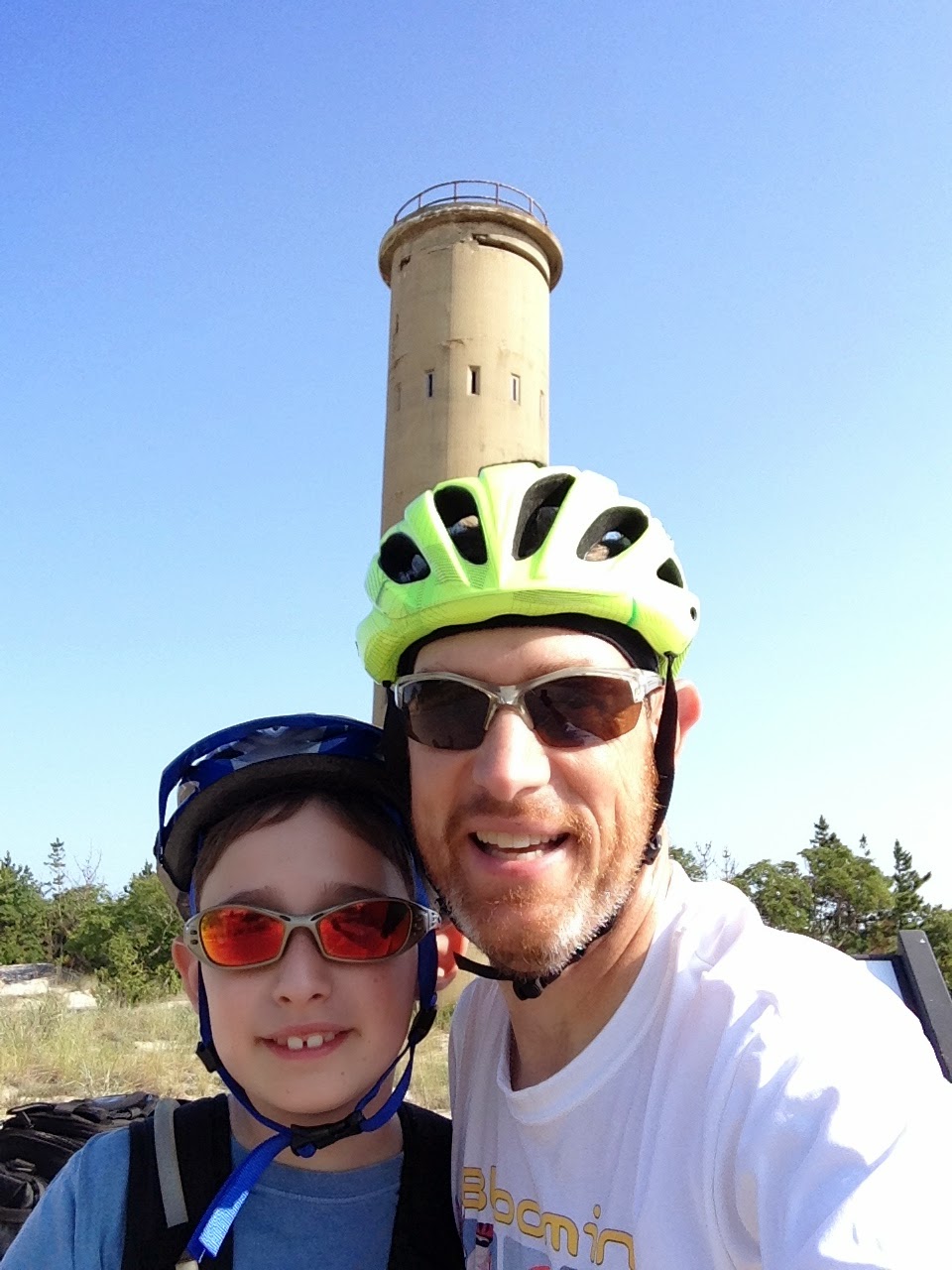 Elliot and I in front of one of the towers 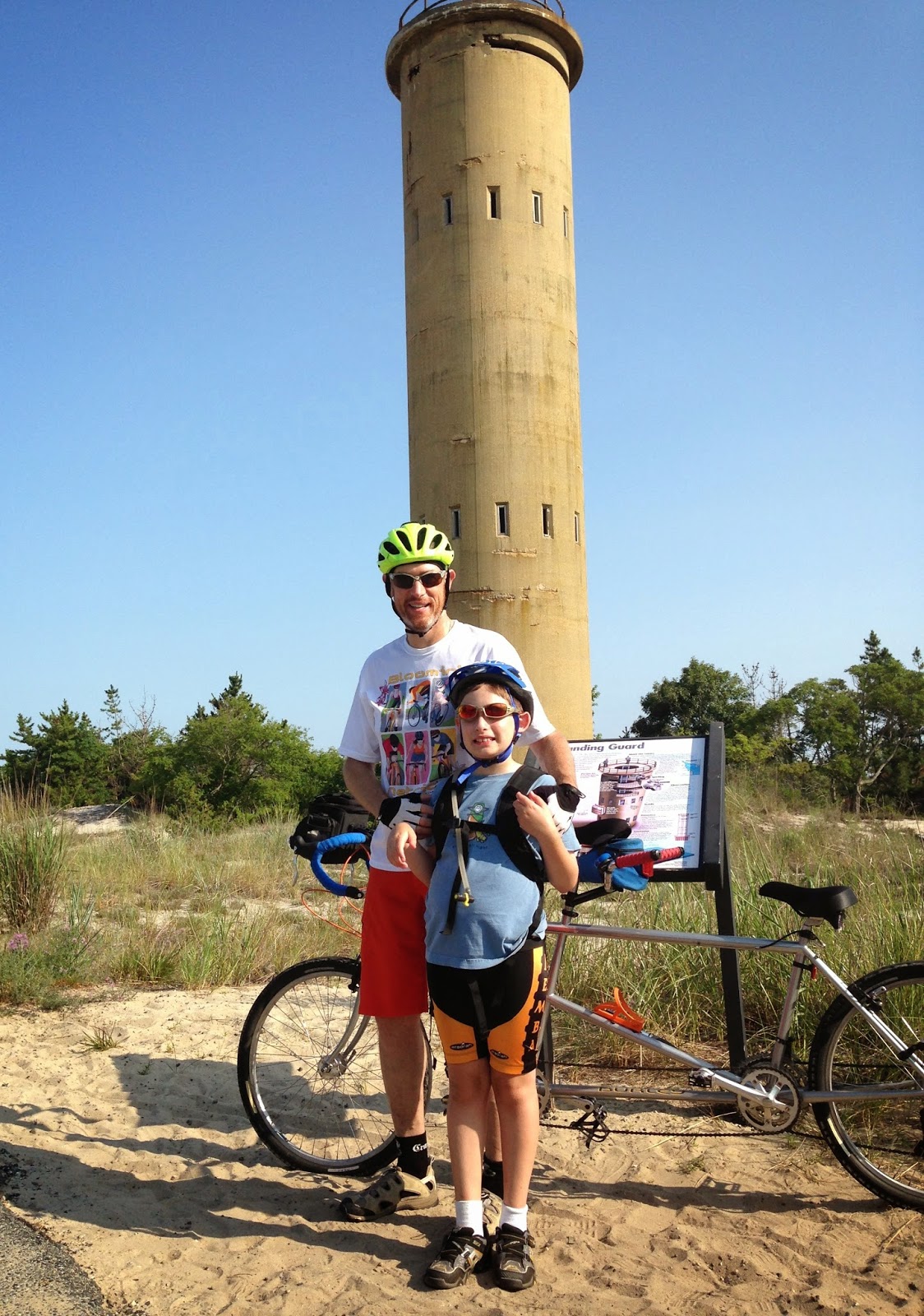 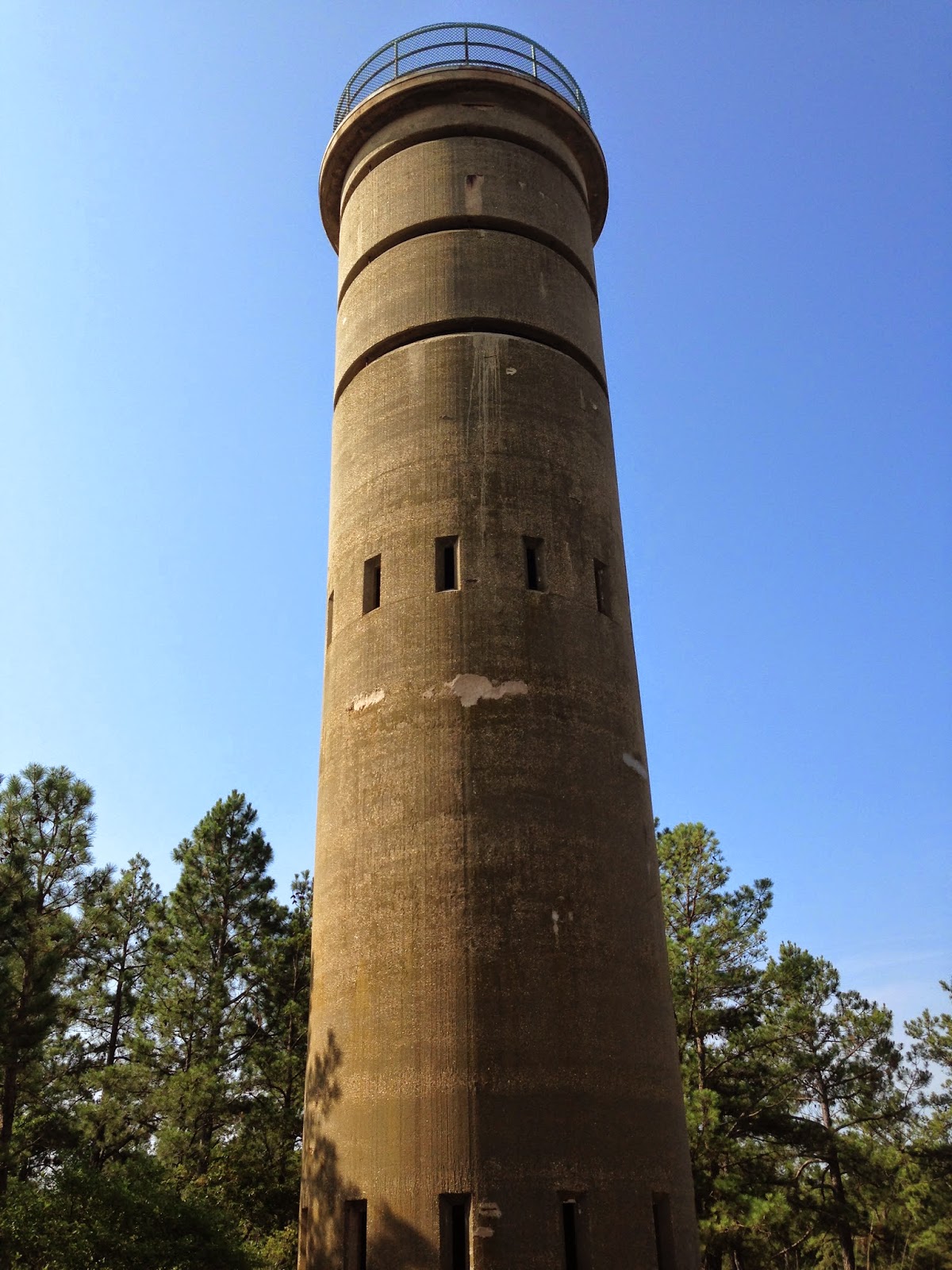 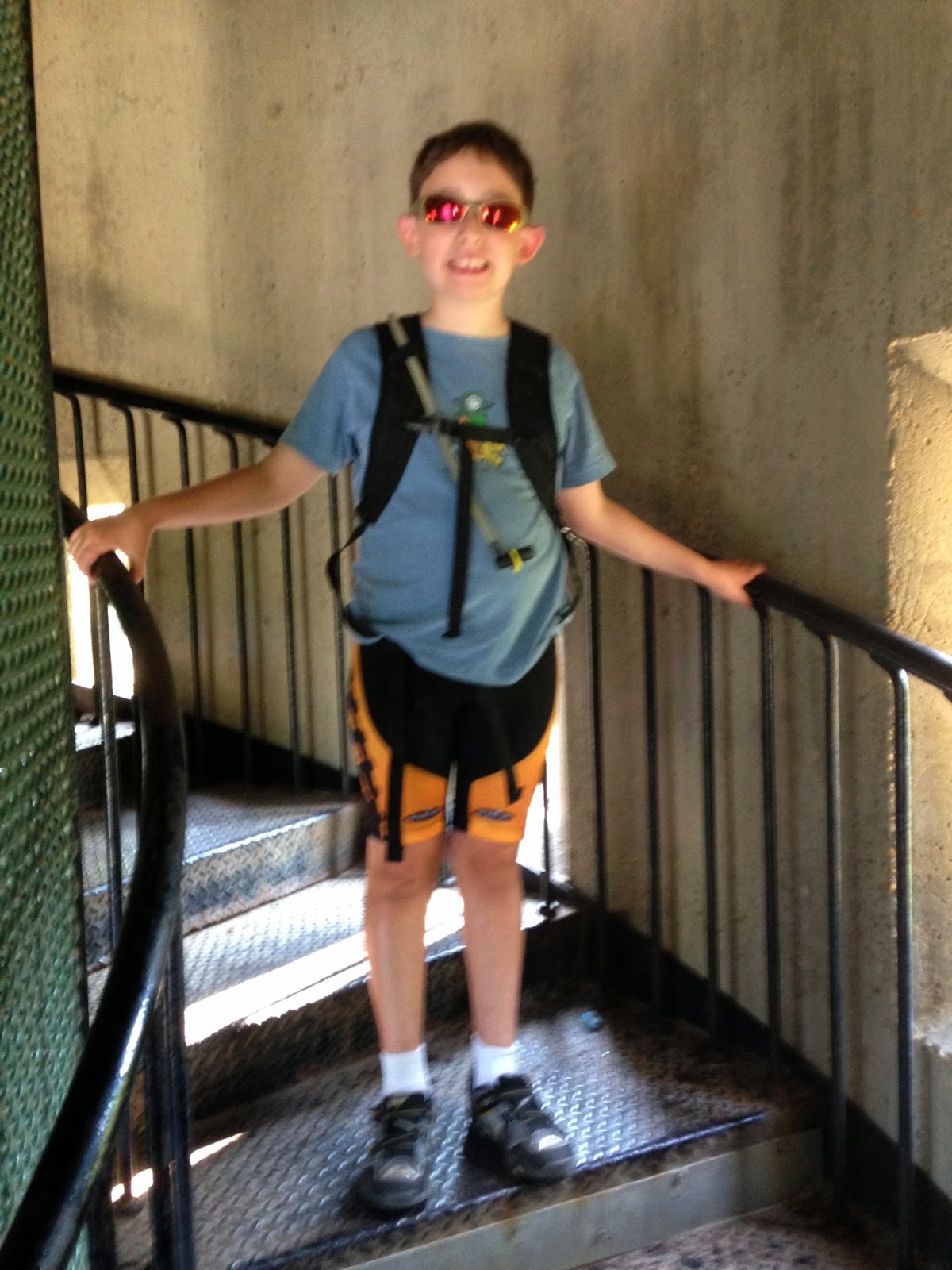 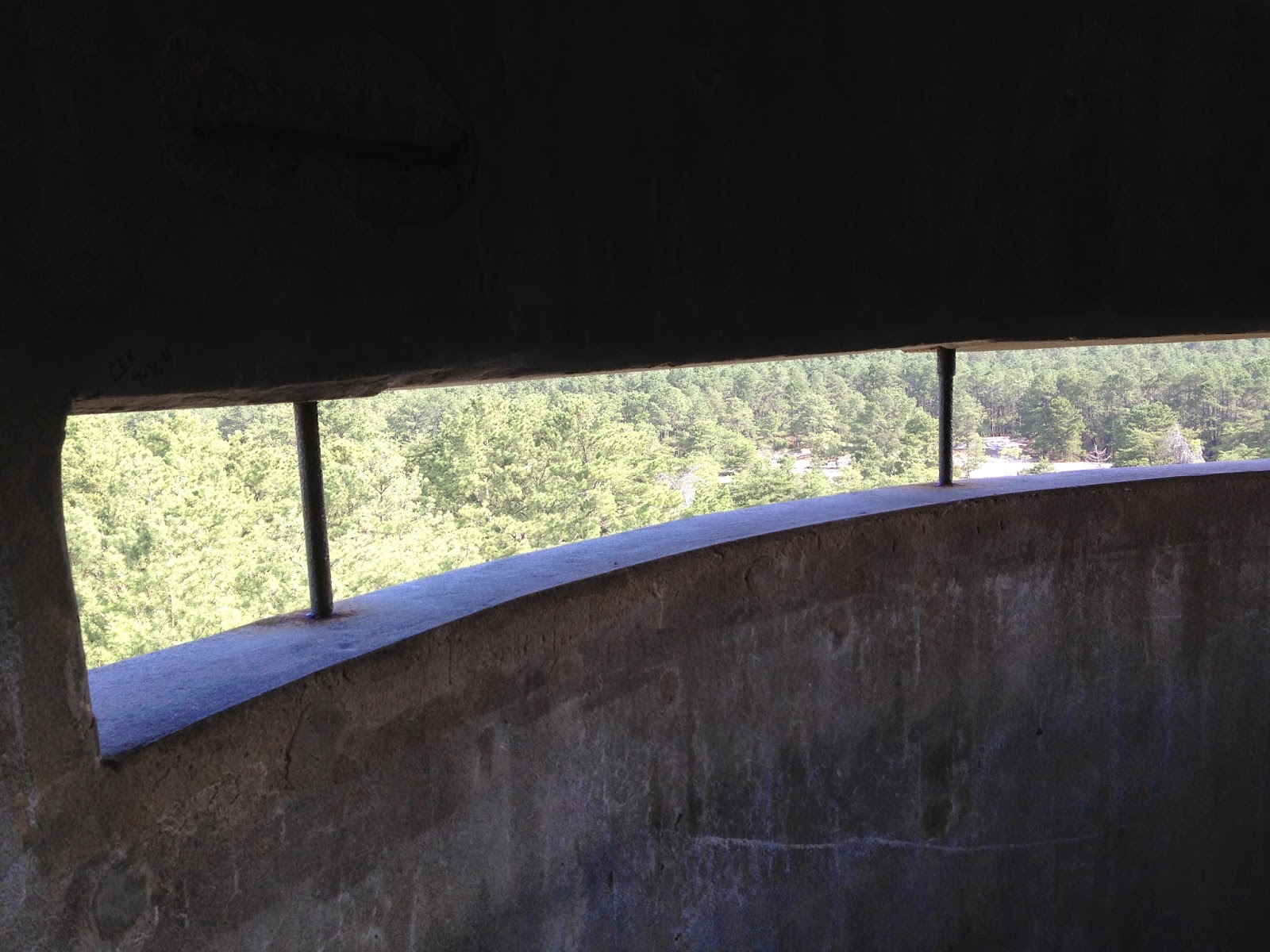 The views from the tower were spectacular 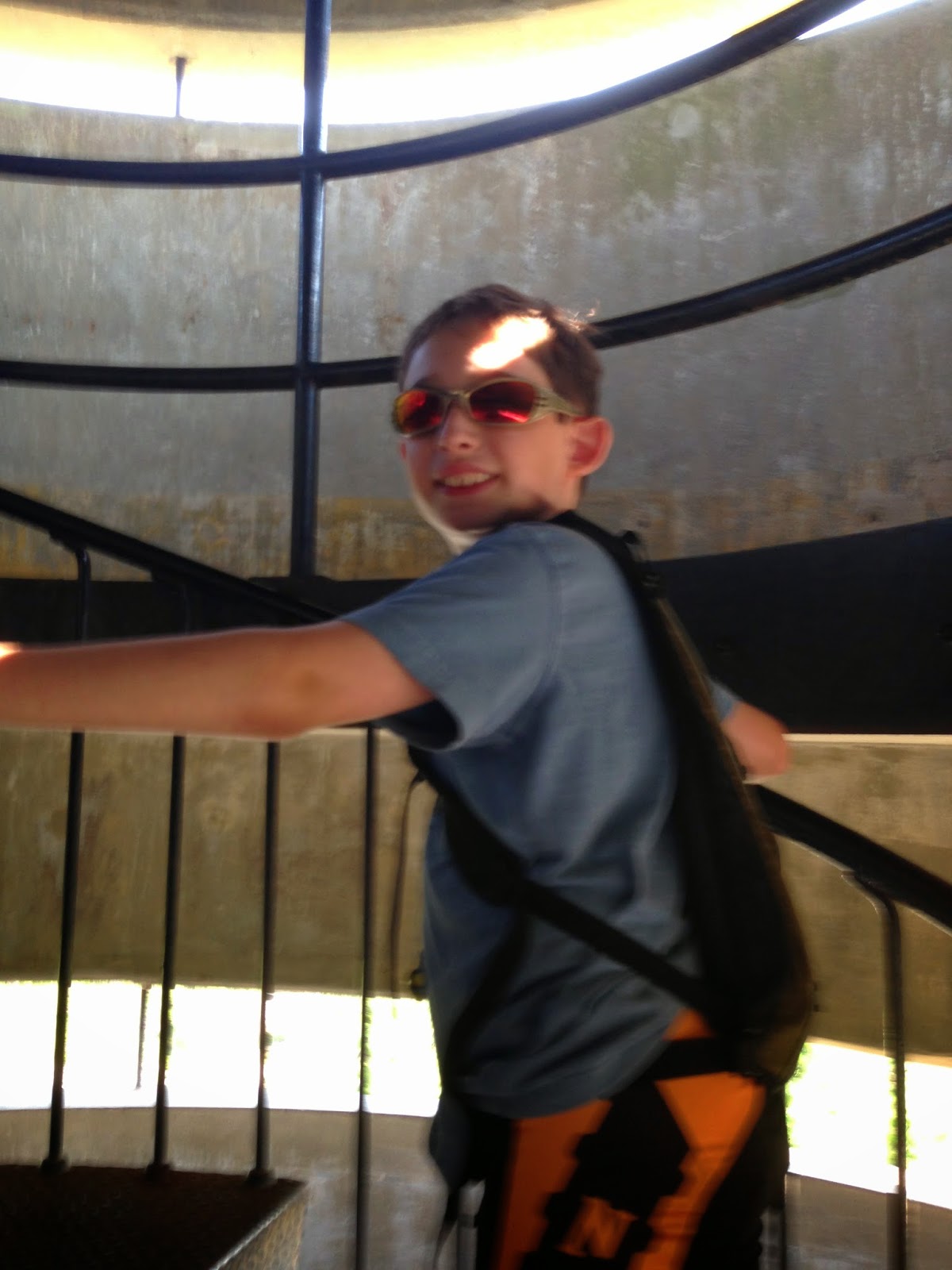 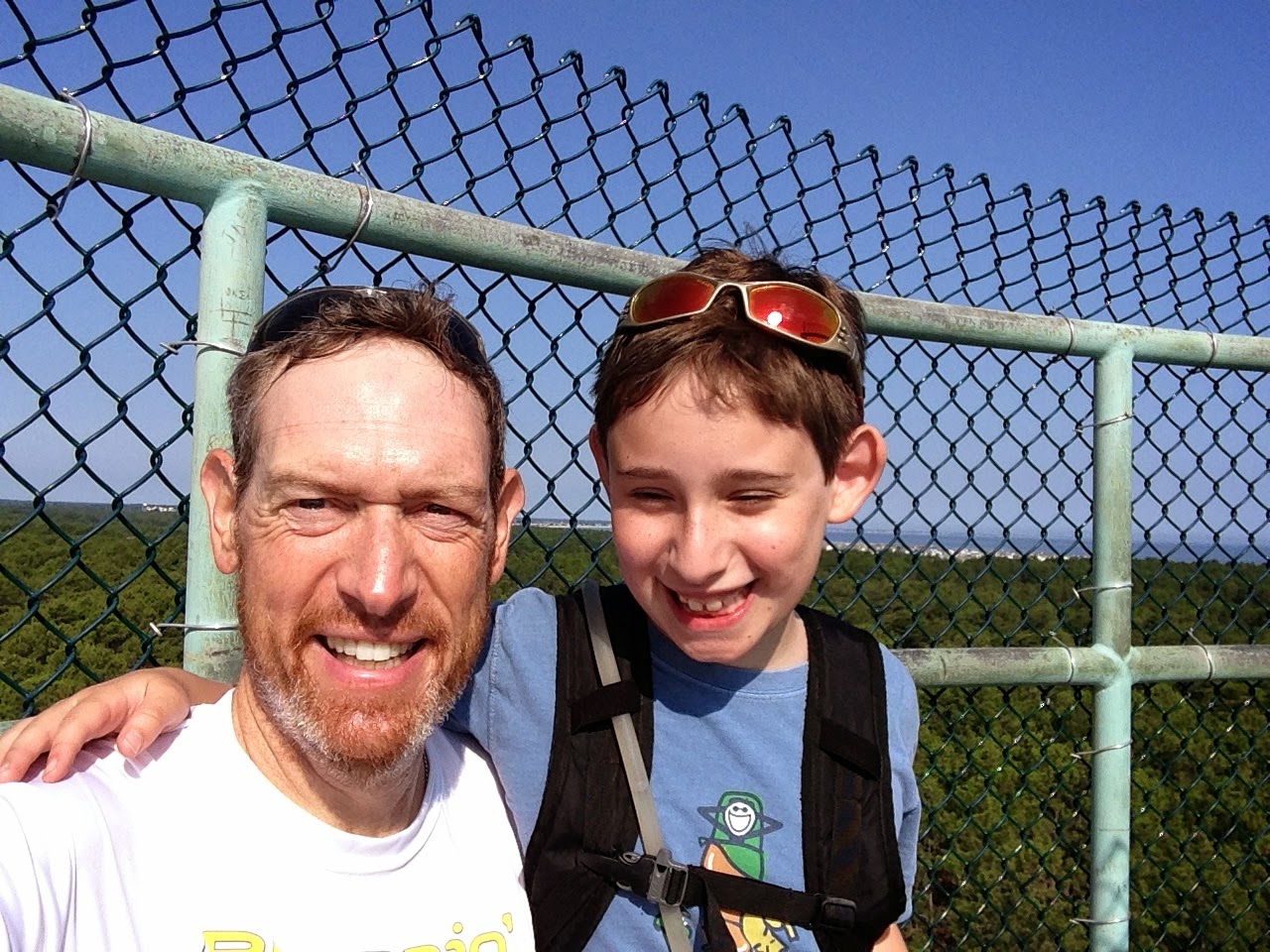 We took a picture together on top of the tower 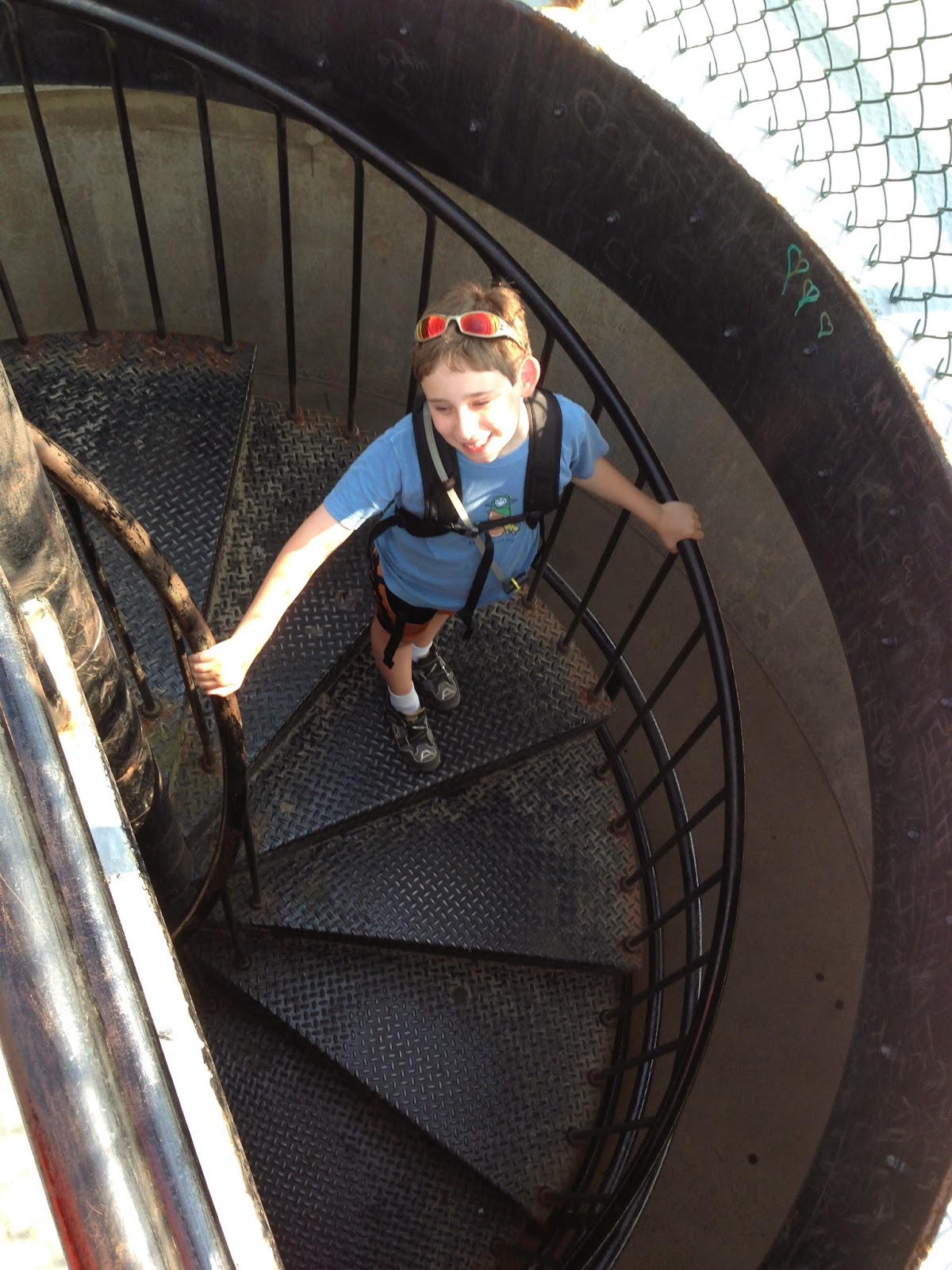 And then we descended the tower 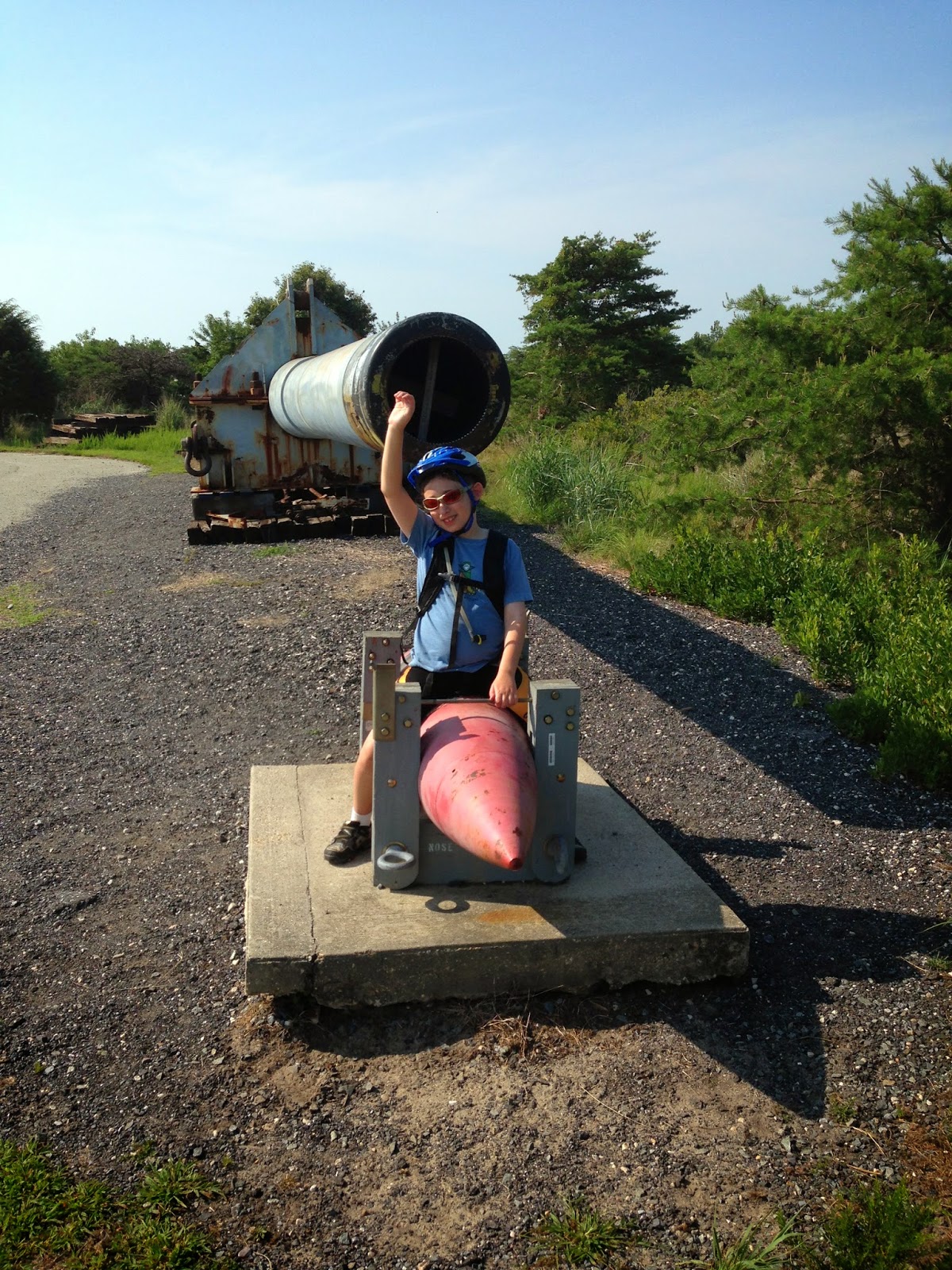 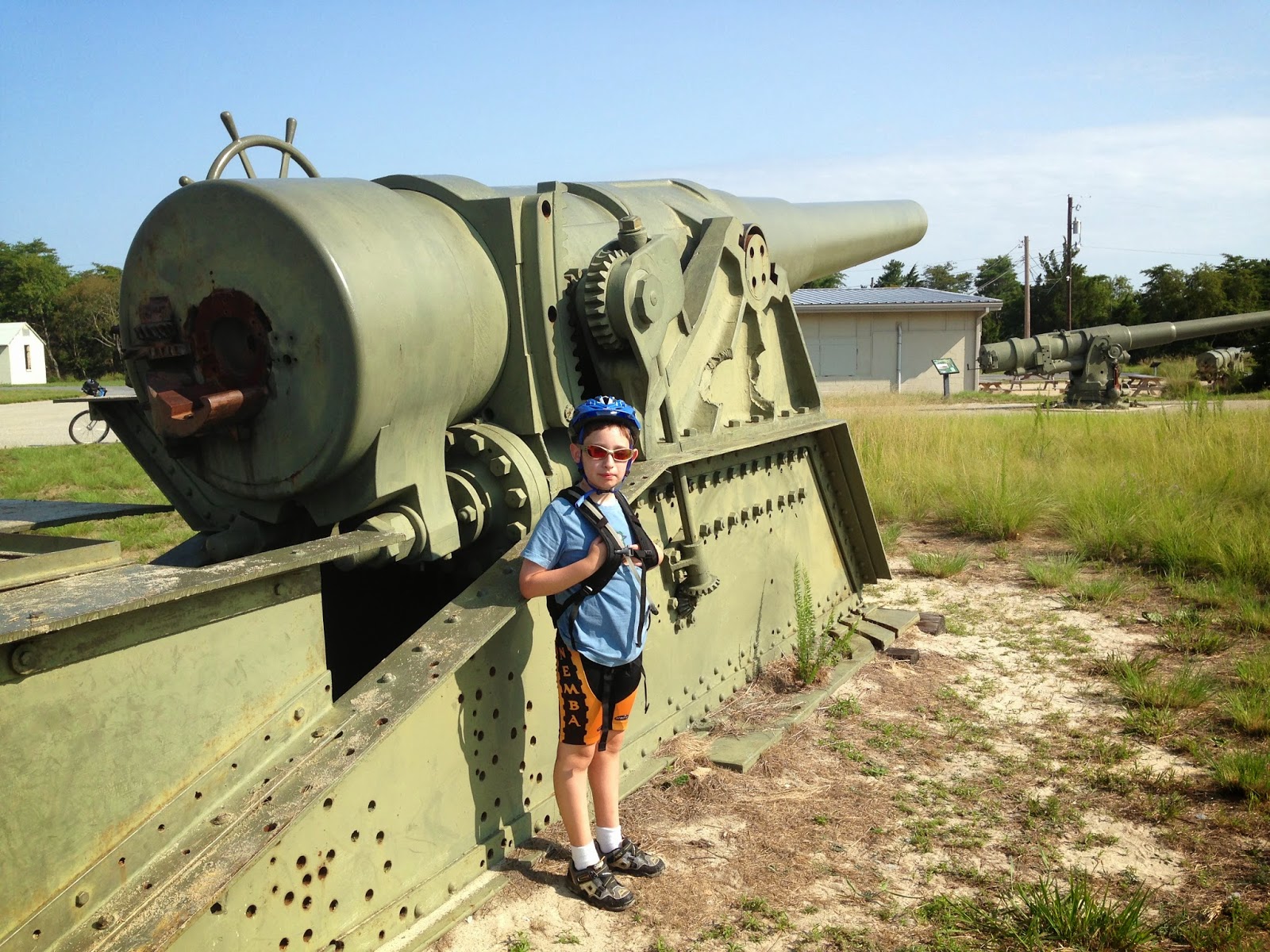 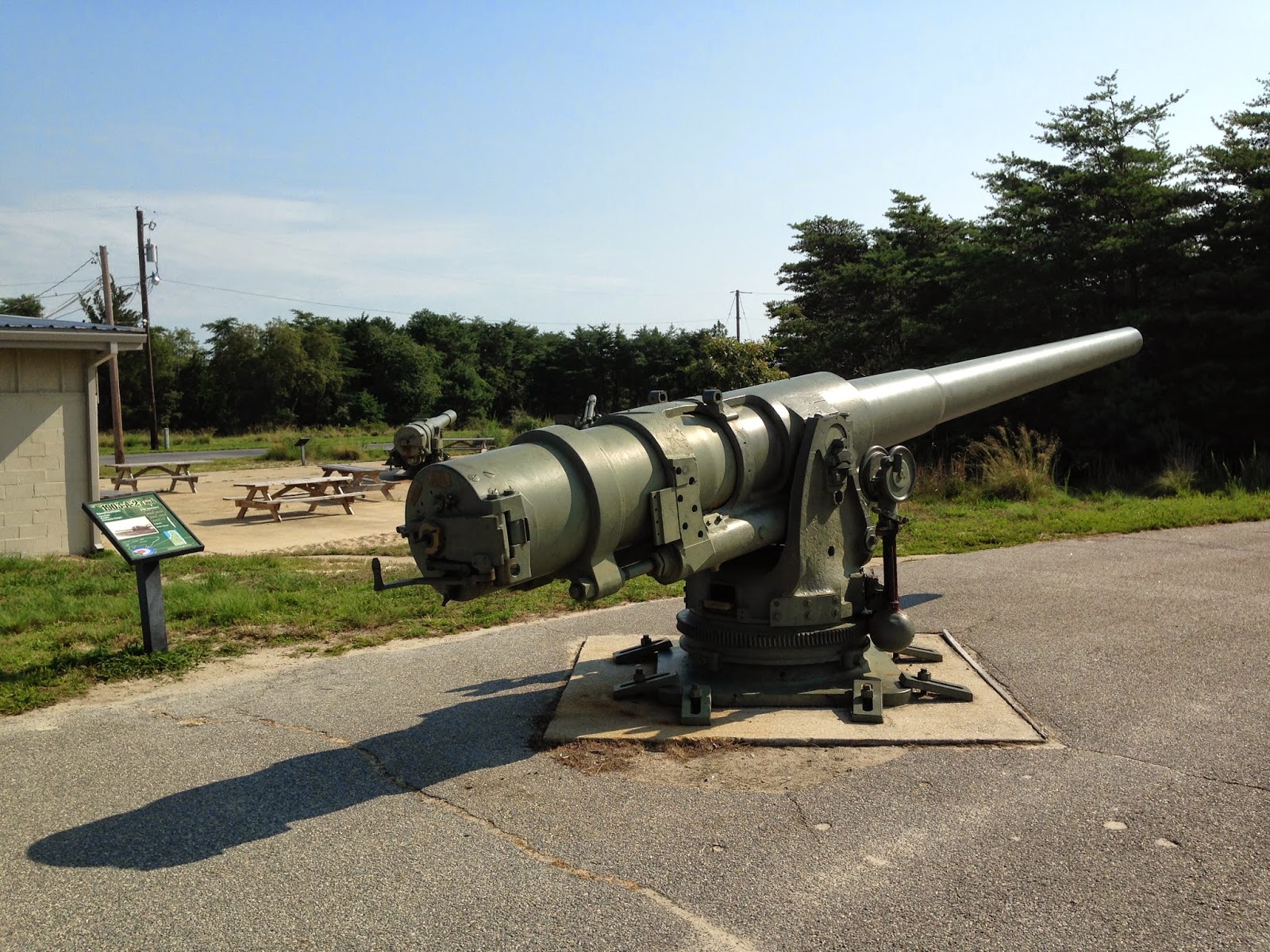 Originally, Ft Miles was supposed to mount two 16"/50 caliber guns that were originally going to be used on a battleship but then were downgraded to 12" guns instead.  The 12" cannons were still formidable with a range of 25 miles and were more than adequate to cover the approach into Delaware Bay.  Cape may was only 15 miles away. 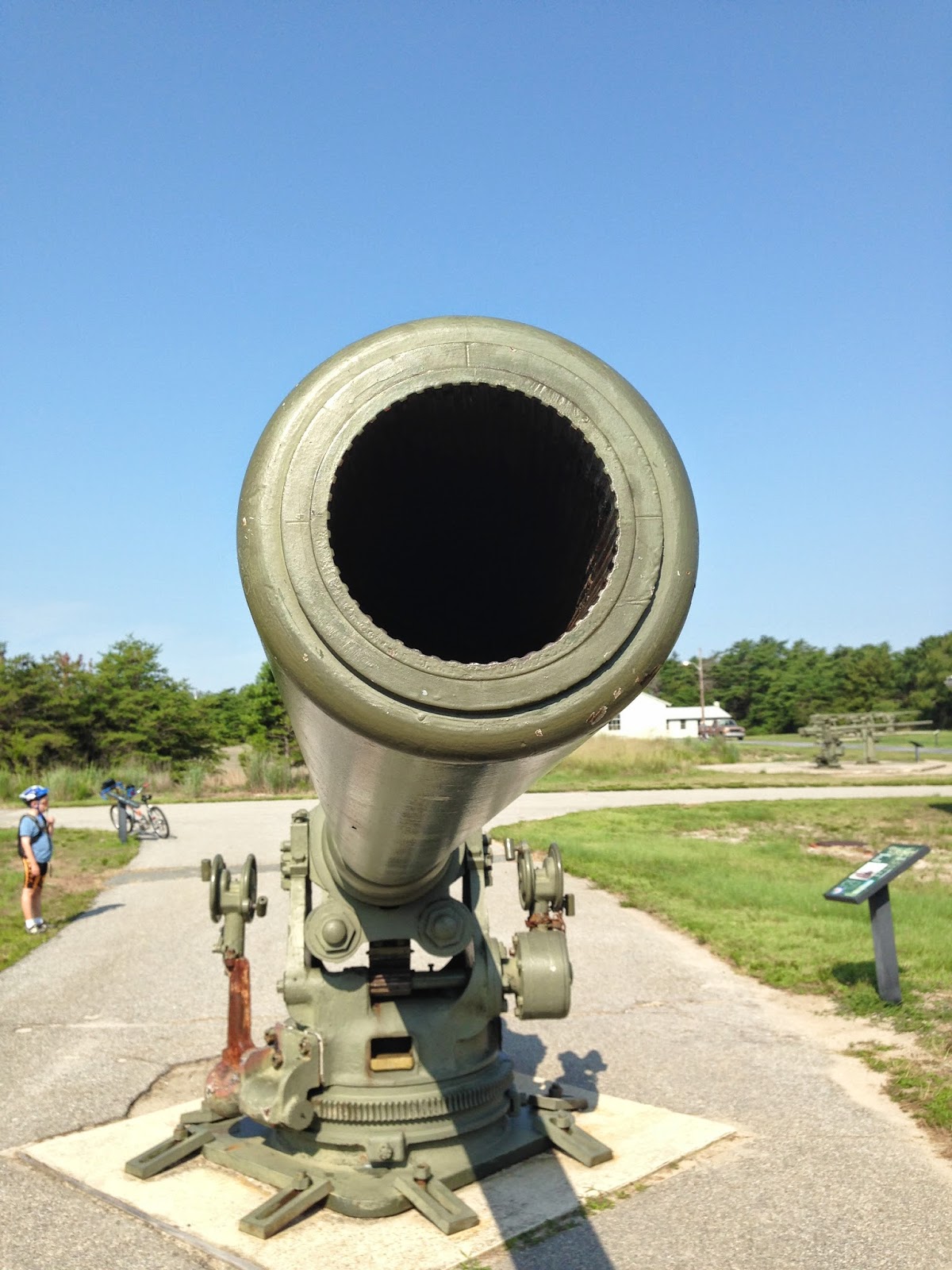 The fort also hosted batteries of smaller cannons as well as mobile cannons, too. 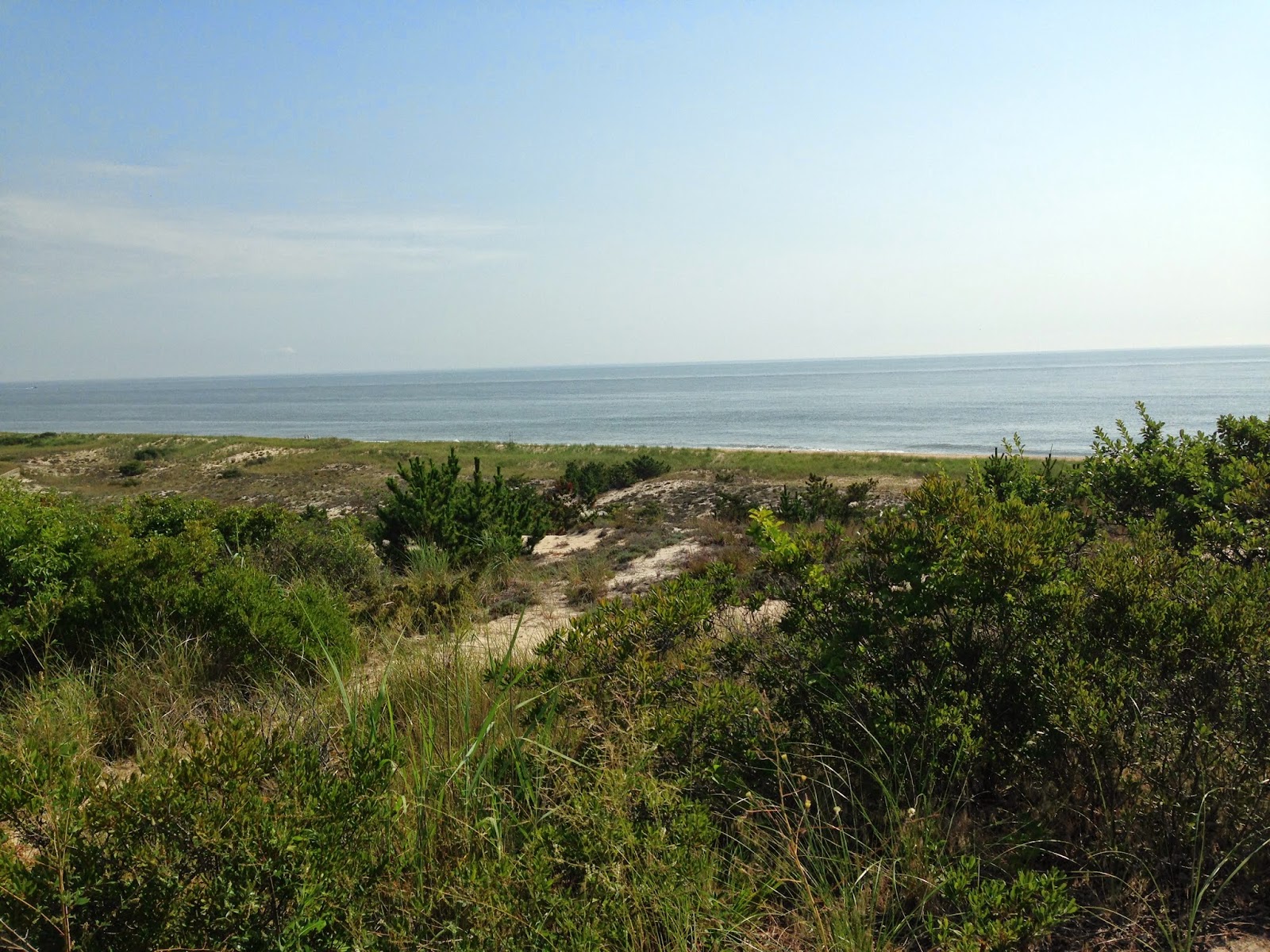 The Dunes of Ft Miles 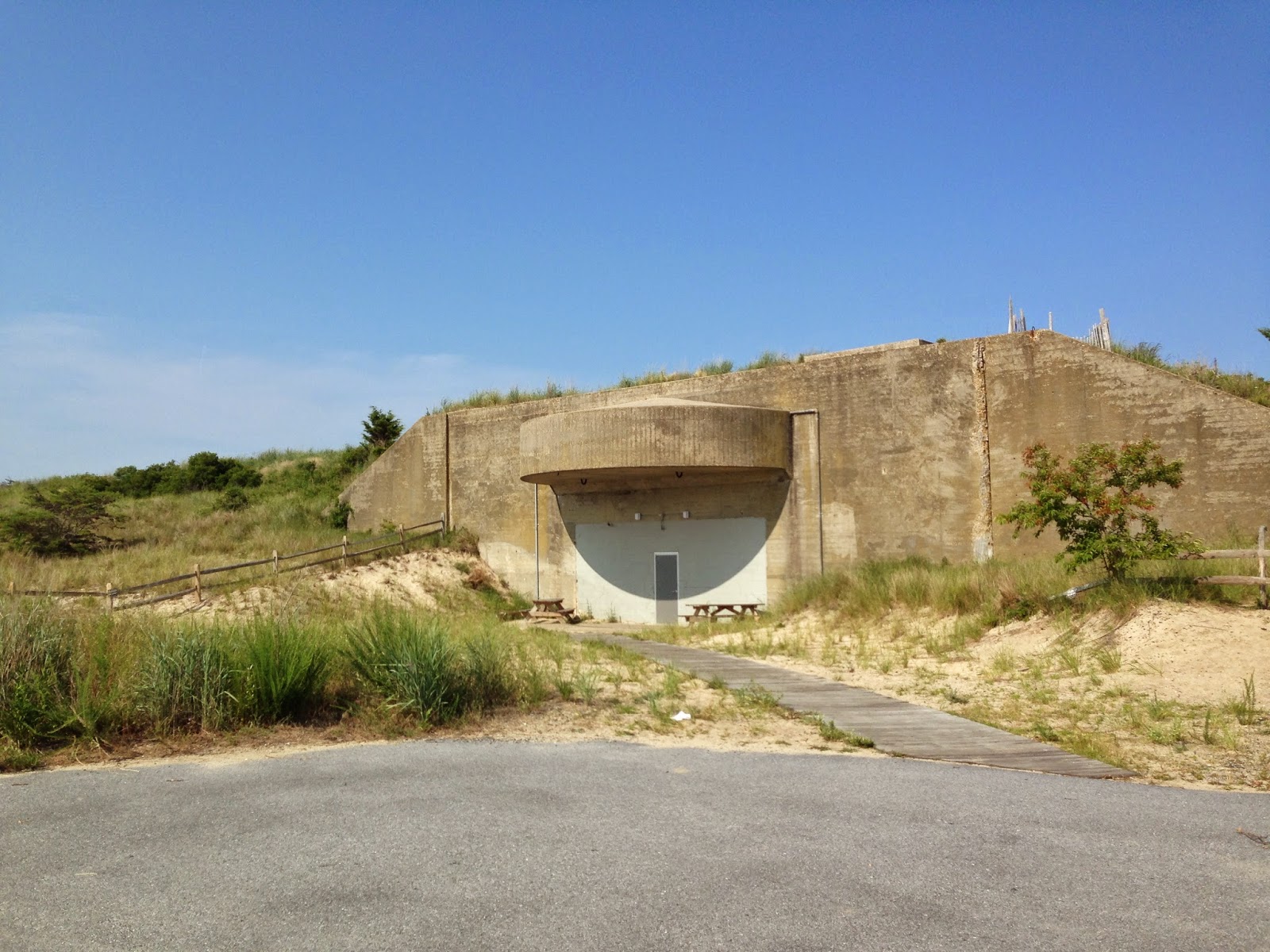 Here is the 12 inch battery gun emplacement.
Ironically, these guns never fired upon an enemy submarine or ship during WWII 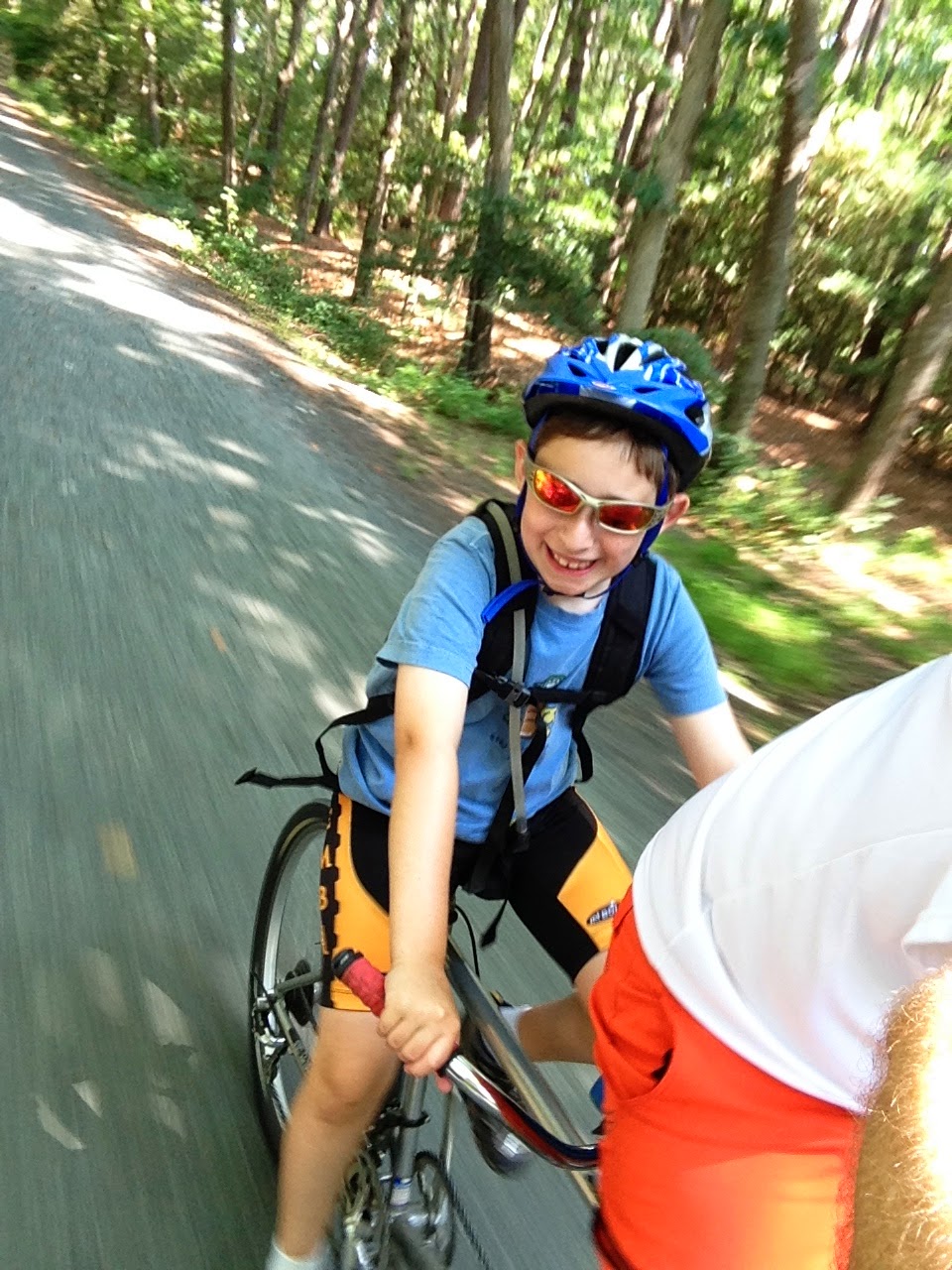 The ride back to Rehoboth Beach was cool on the rail trail. 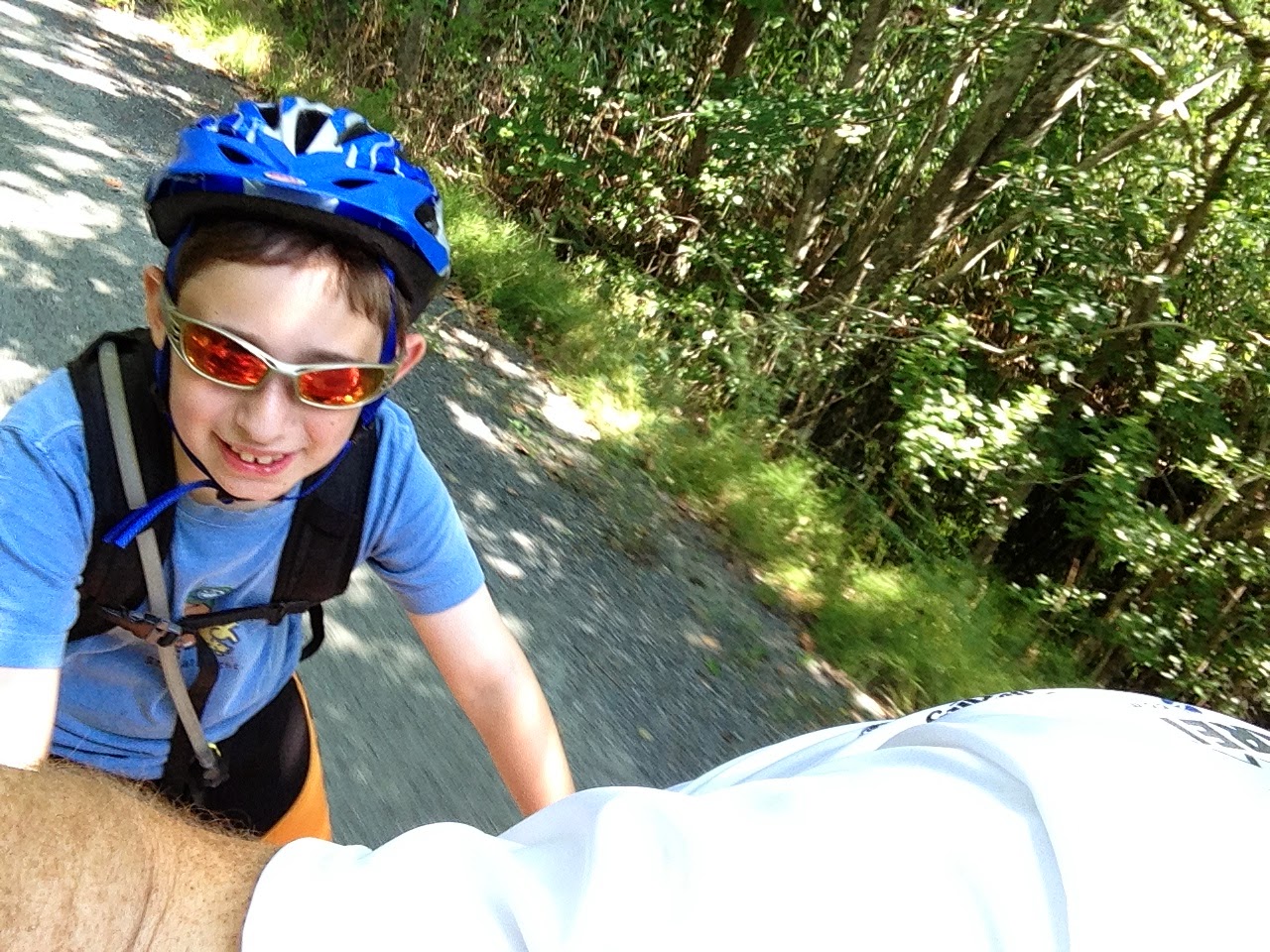