Riding with another Bike Commuter in Newtown 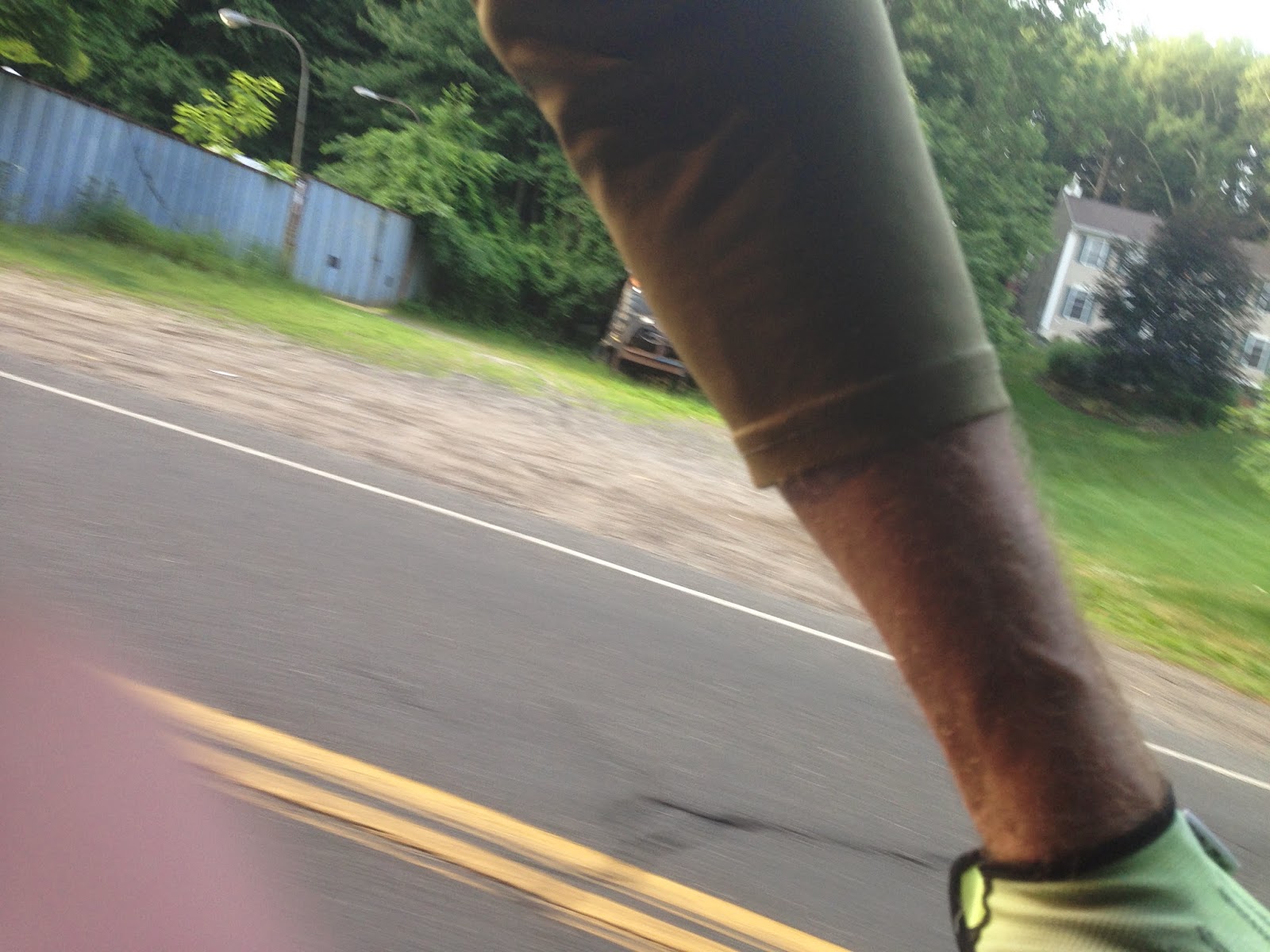 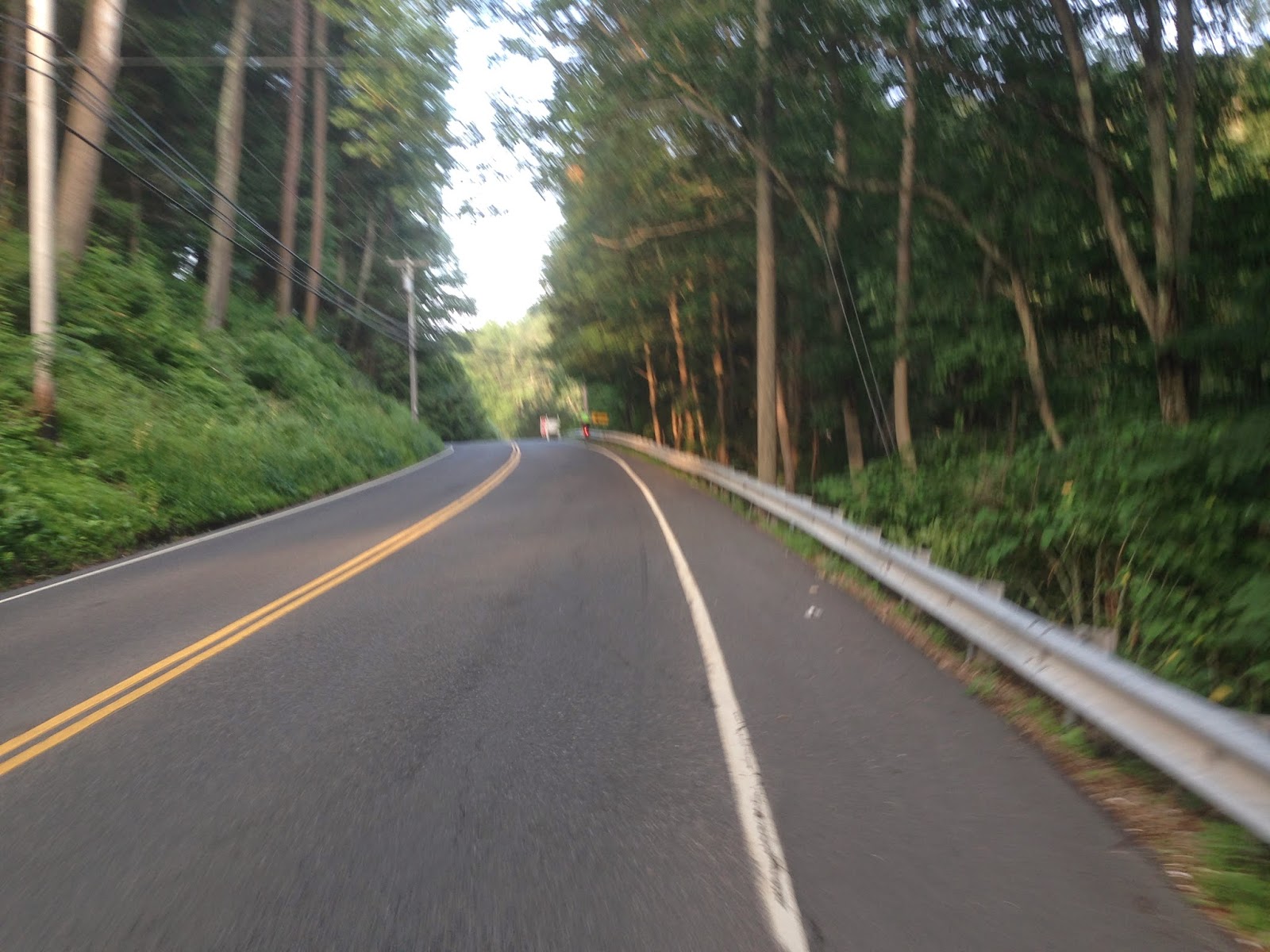 Just rounding the curve on Glen Road in Sandy Hook passing by the Jersey Devil I saw another cyclist in front of me about a 100 yards up the road.  I never thought it would be a commuter and for that matter, someone that I have communicated with (via the interwebs) but I poured on the power to see if I could catch up to him. 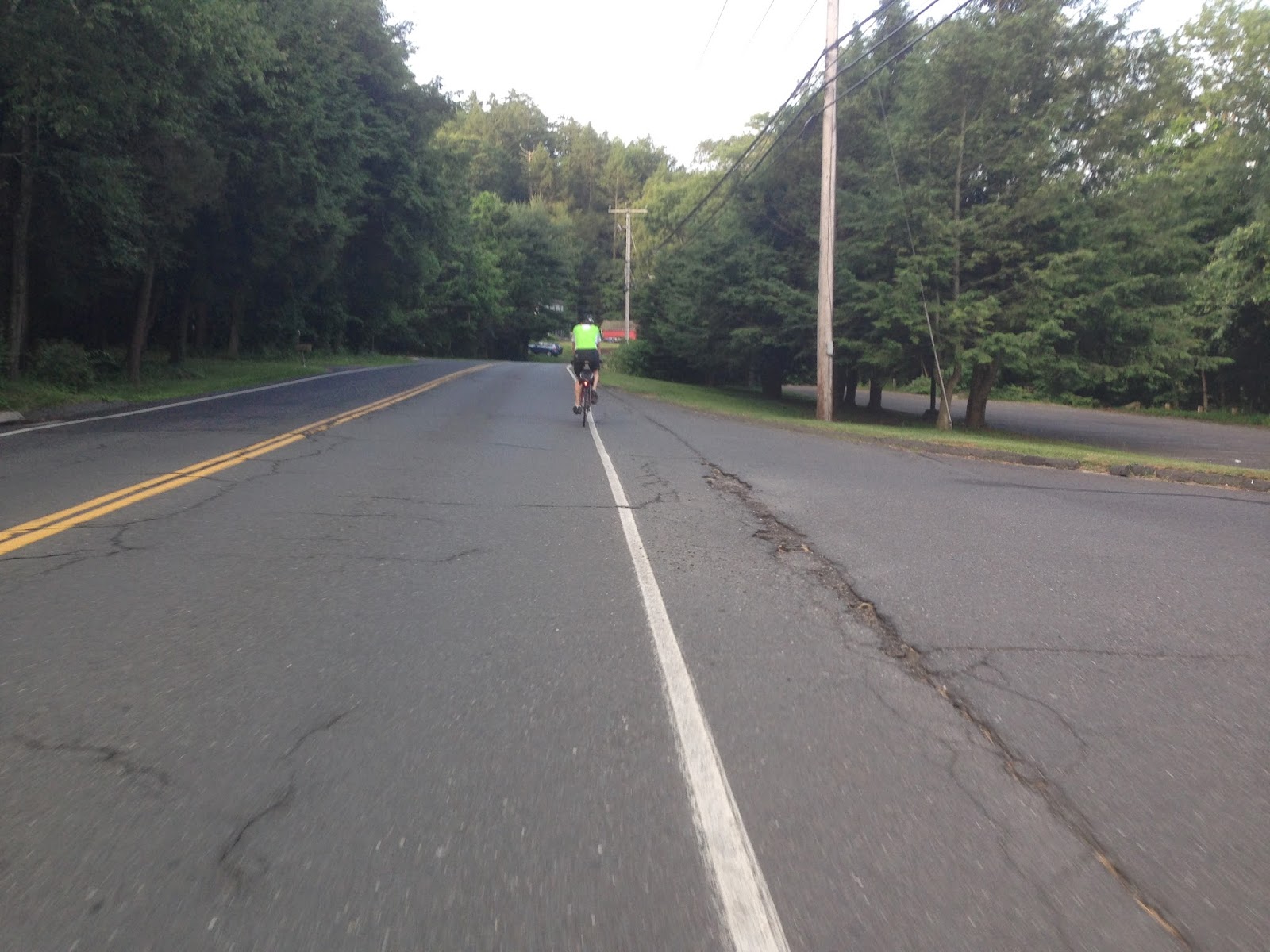 As I got closer so details started to come out, he had a trunk bag and was riding a steel bike, so probably not your average roadie out for an early morning ride.  Of course, the hard core roadies always where their team kit when ever they ride. 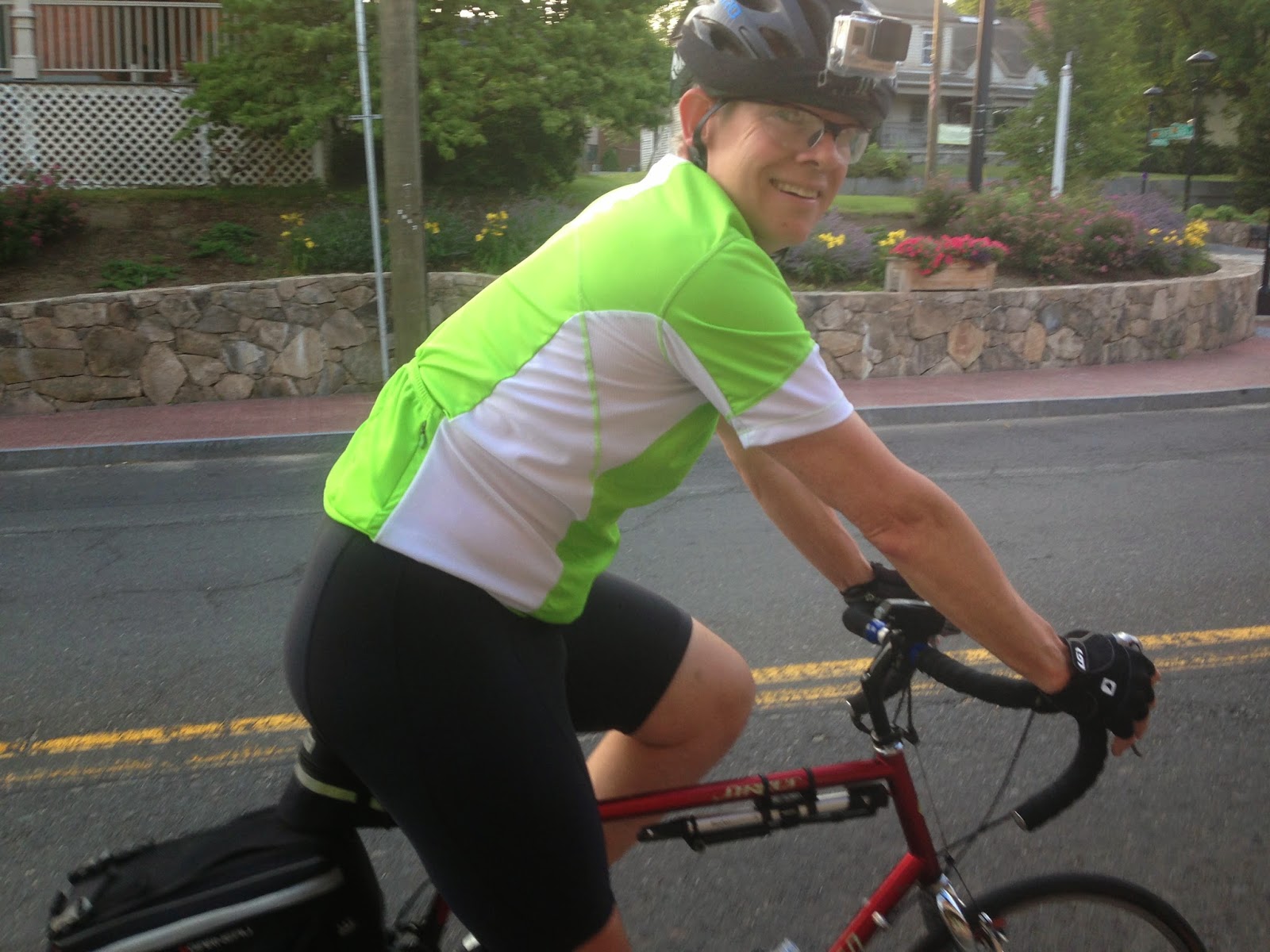 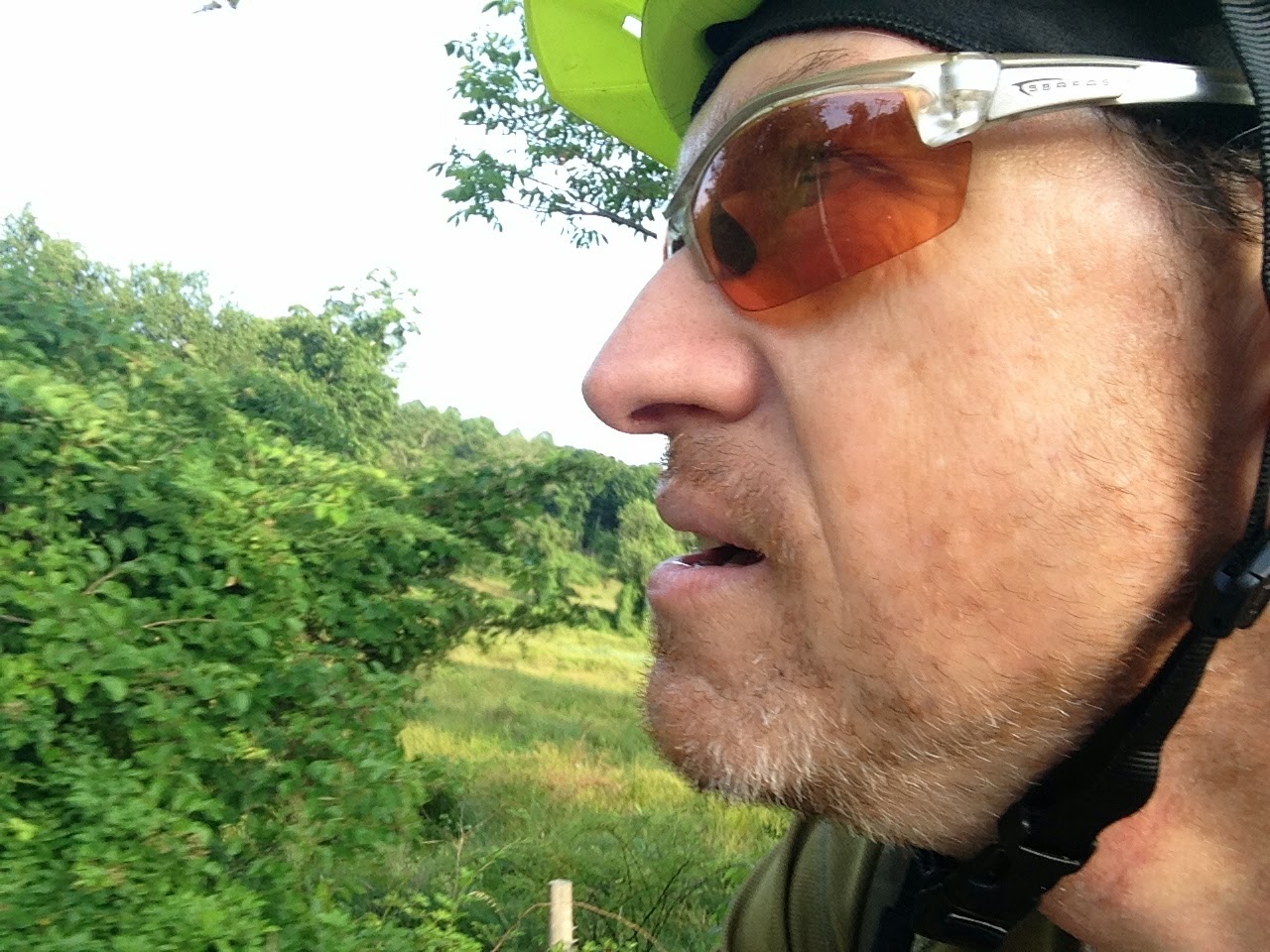 The beard is growing in nicely but my sometimes cycling mentor, the infamous Stephen Badger, was rating me a 6+ on the Chewbacca Scale.  Really, 6+?  I think it's more like 2+ but thanks to him I used it for my TdF Velofantasy Team name.  According to a YouTube video, The Win Tunnel: To Beard or Not to Beard, that I found, having beard and being a cyclist has extremely little impact on your speed, something like half a second over 40 KM or less than a watt difference.  I am keeping it! 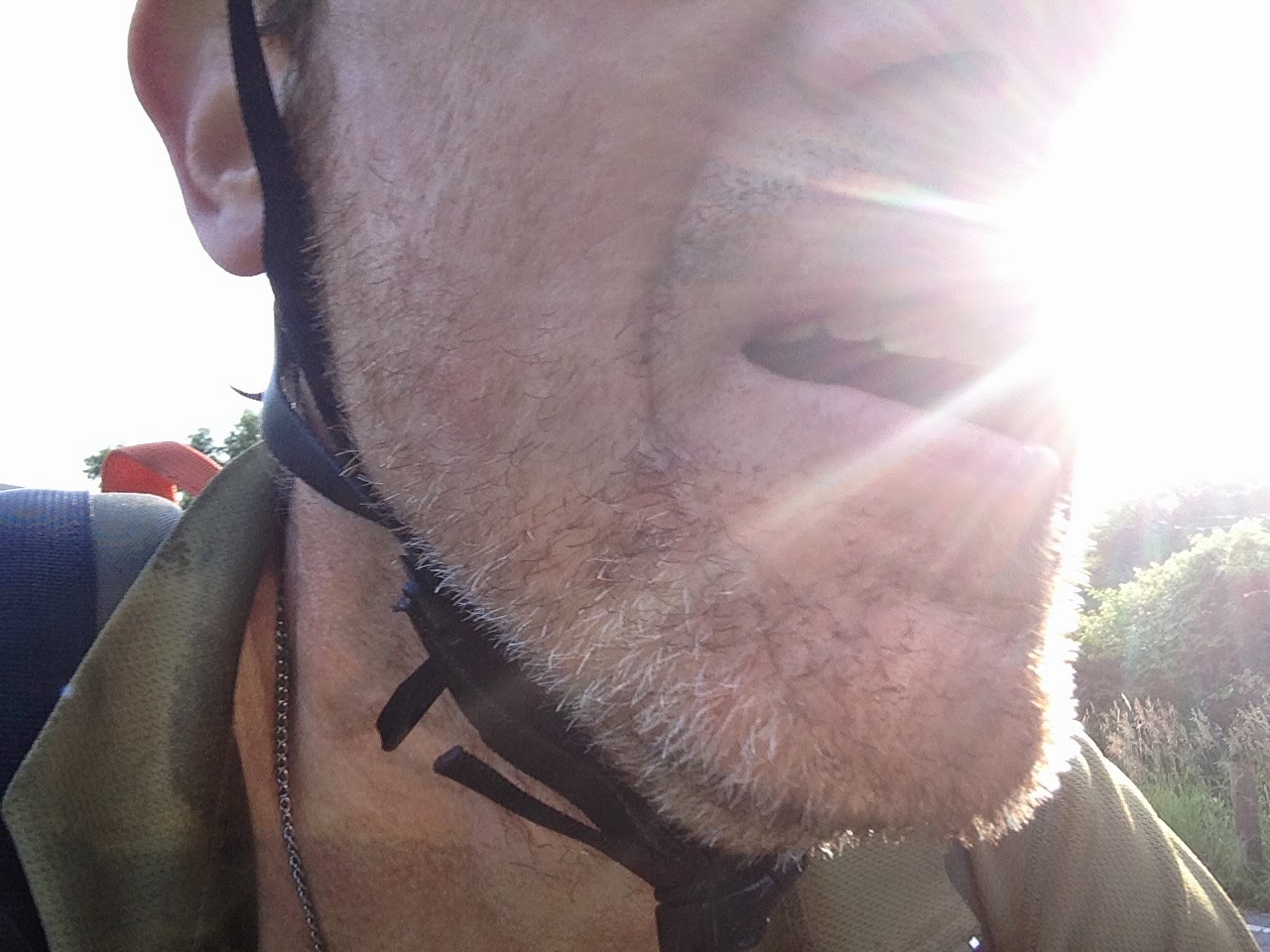