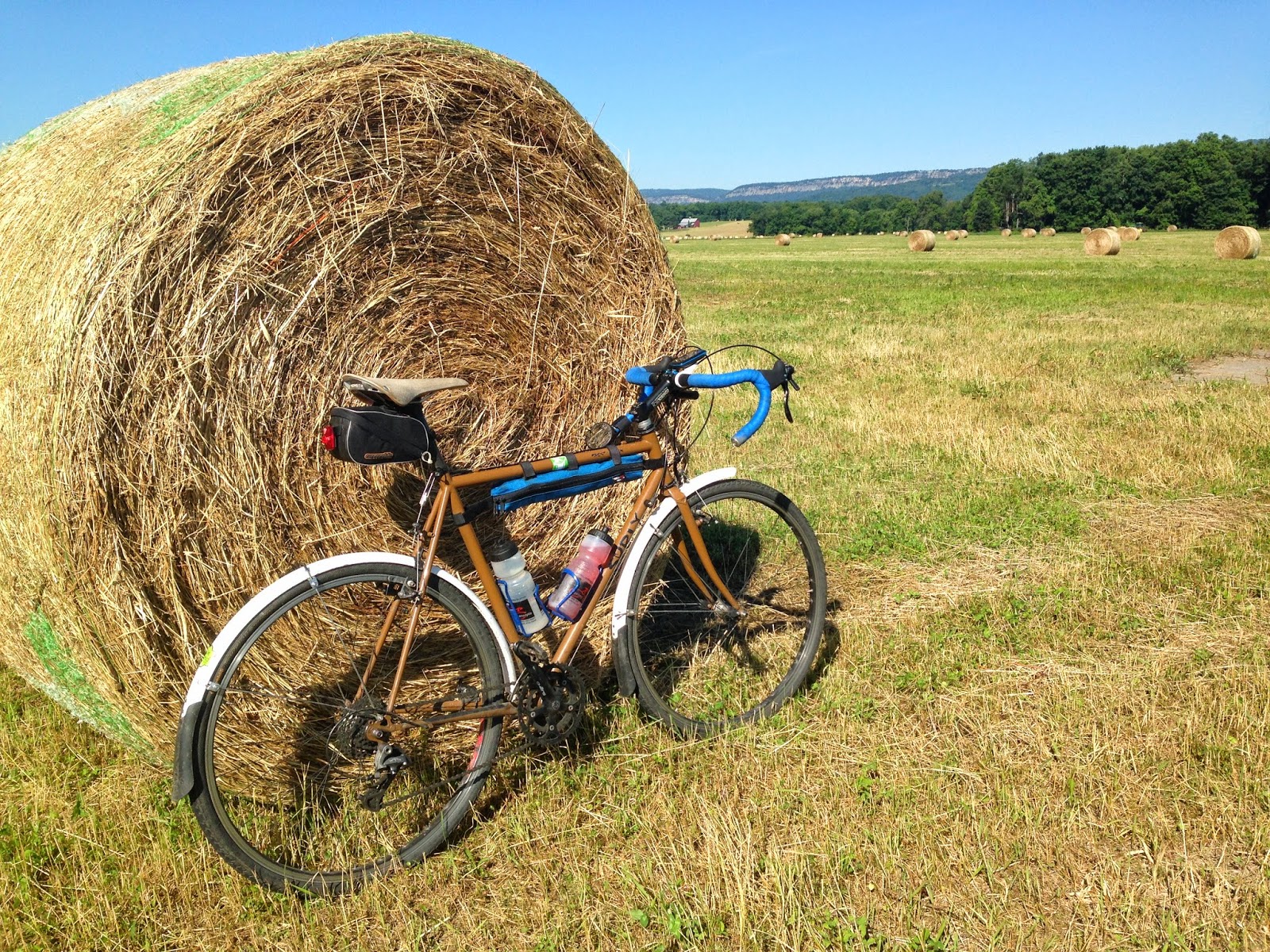 To get ready for D2R2 my brother-in-law and I have planned to do some Randonneuring on the weekends leading up to the event and one area we wanted to try is the foothills of the Catskills, called the Shawgunks. 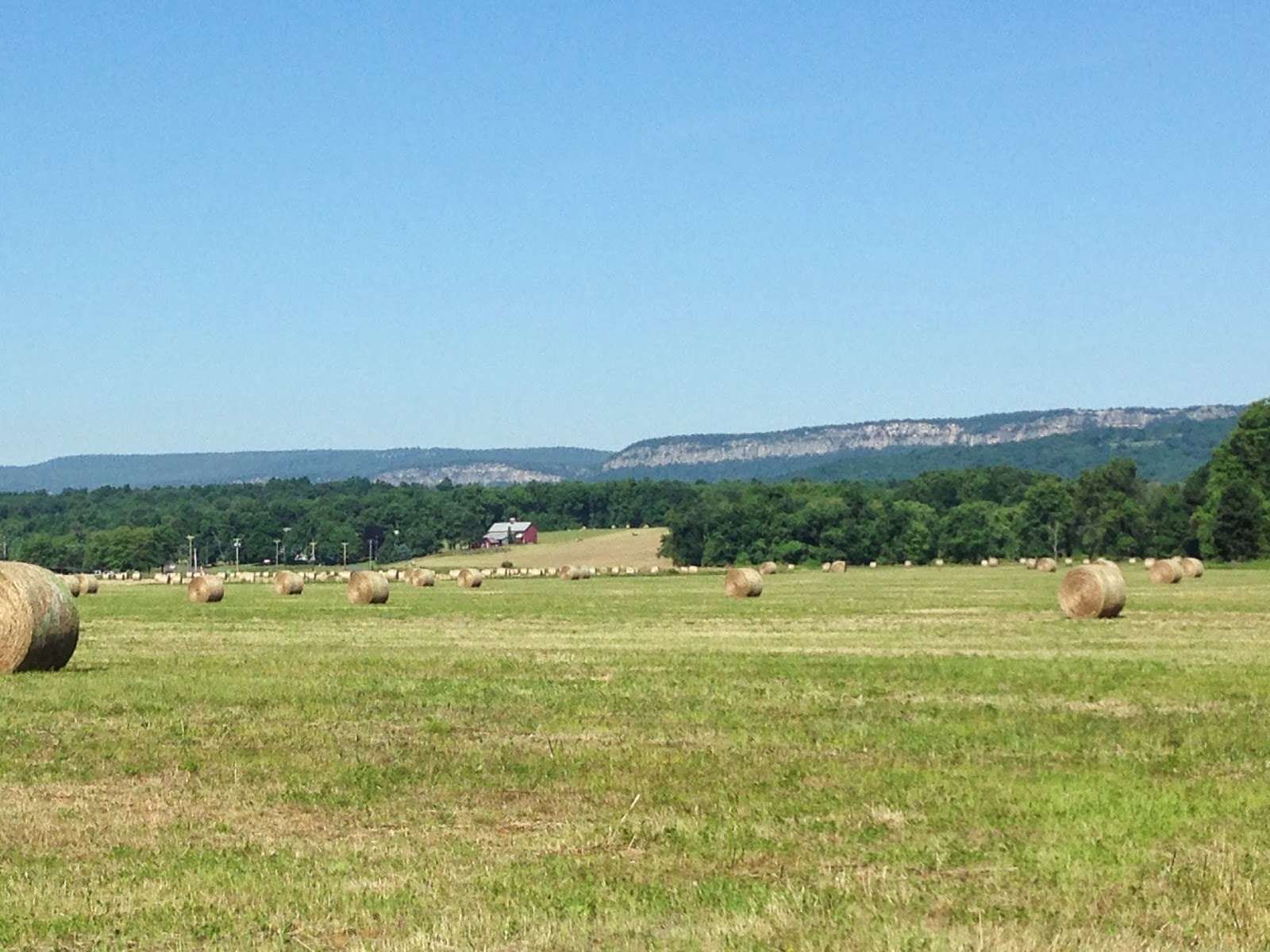 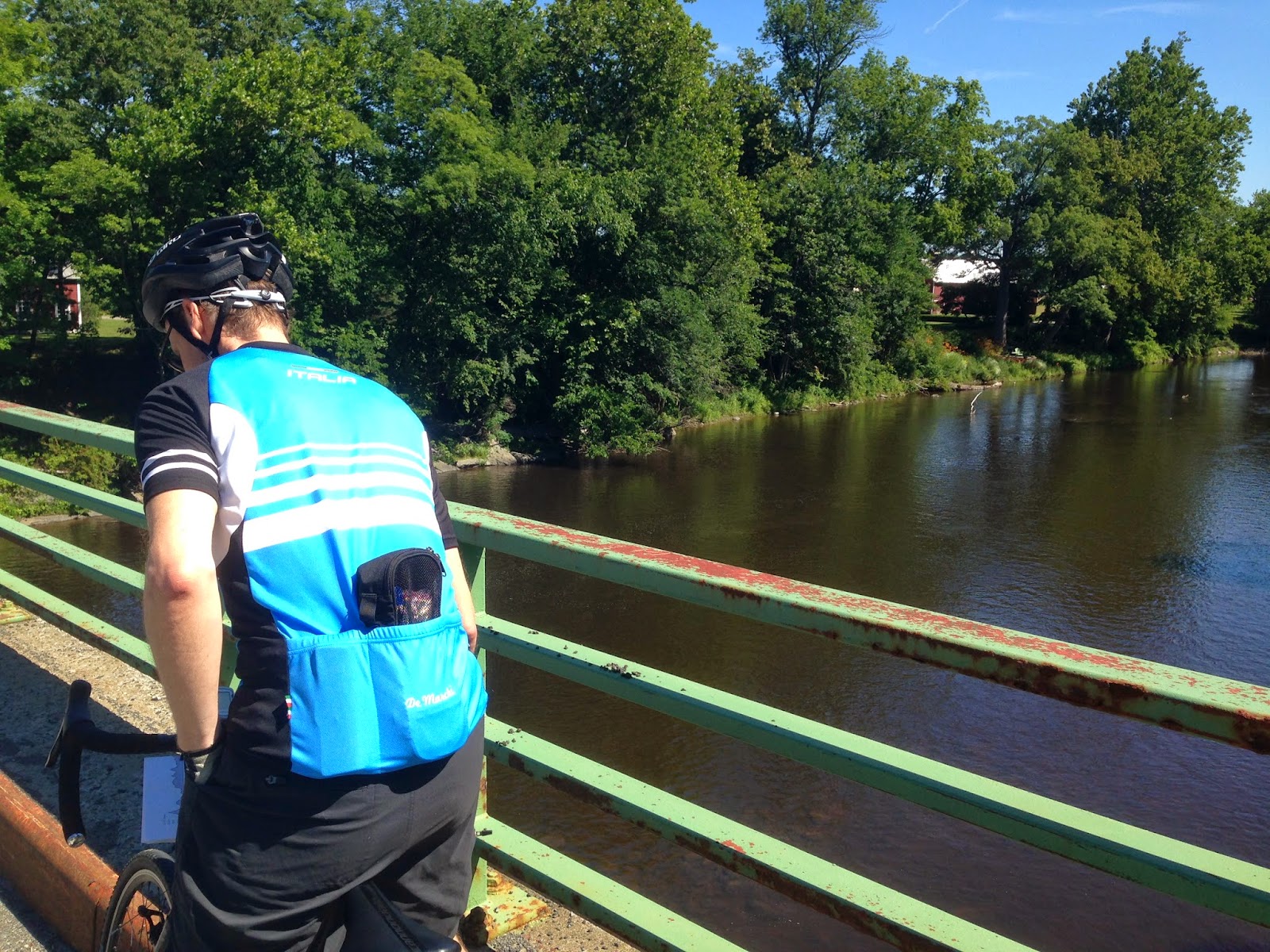 After making the climb over the Shawgunks near the Mohonk Mountain House our route took us up Rock Hill Road, which turns out to be Strava Segment, however, the road doesn't actually go through.  It looks like it does on the map but when you look at Satellite imagery the route is obscured by trees so you really can't tell.  I came across that, too, in Sherman once on North and South Jericho Road.  We ended up back tracking and then found the intersection that we would have come out on.  Coming onto the bridge, Will hit a pothole that if he were on a regular road bike we would have been thumbing home for sure. 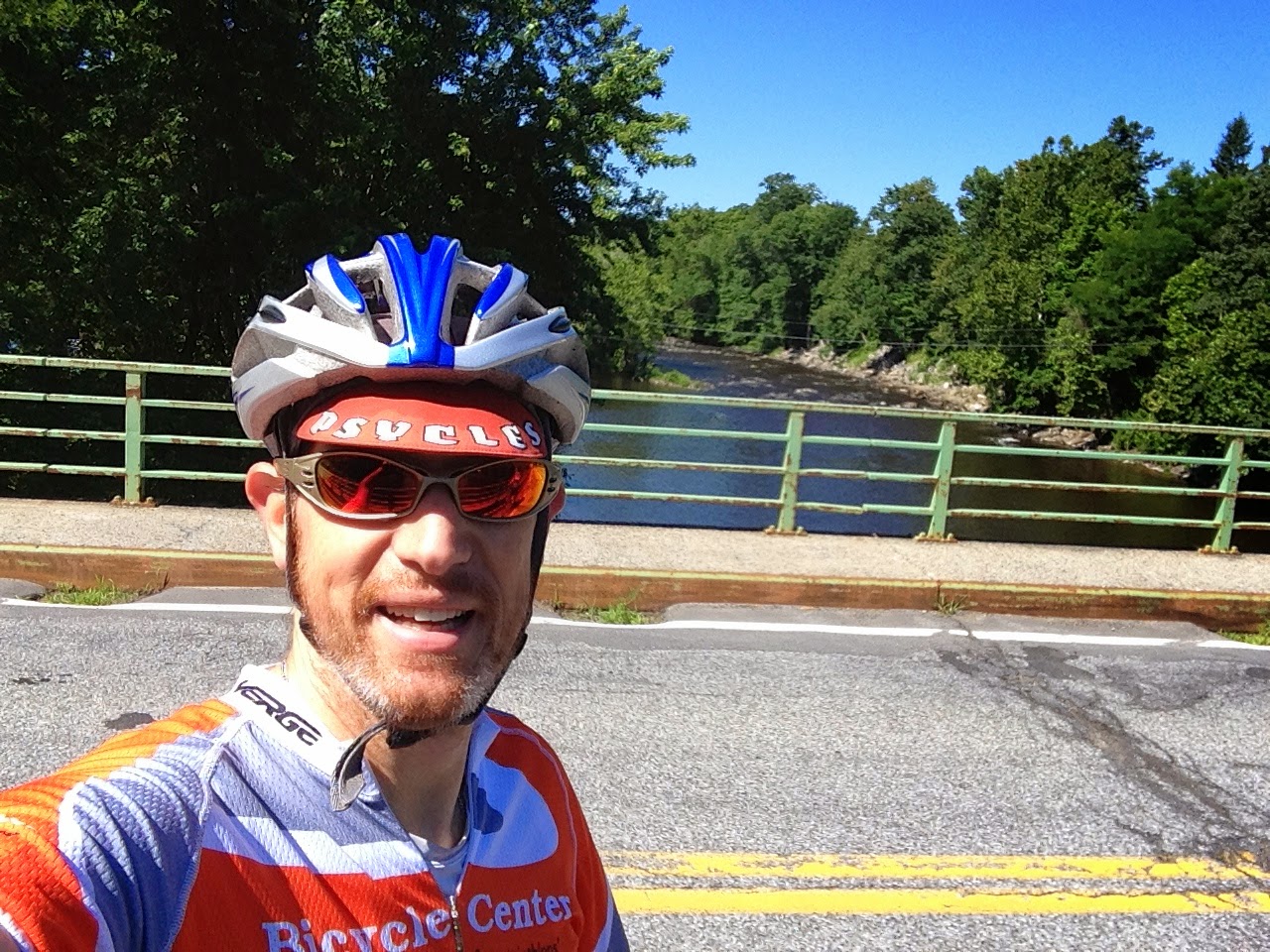 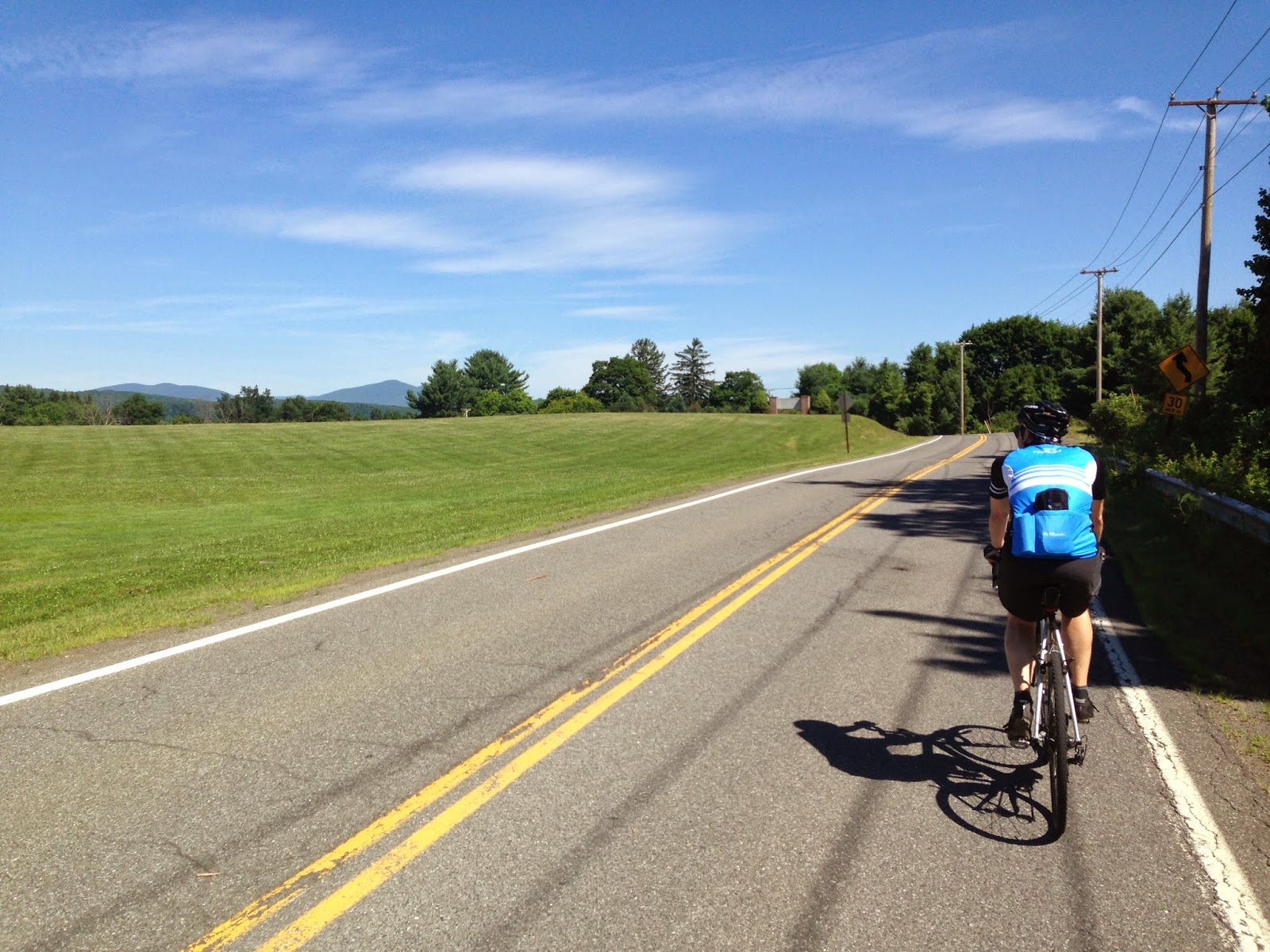 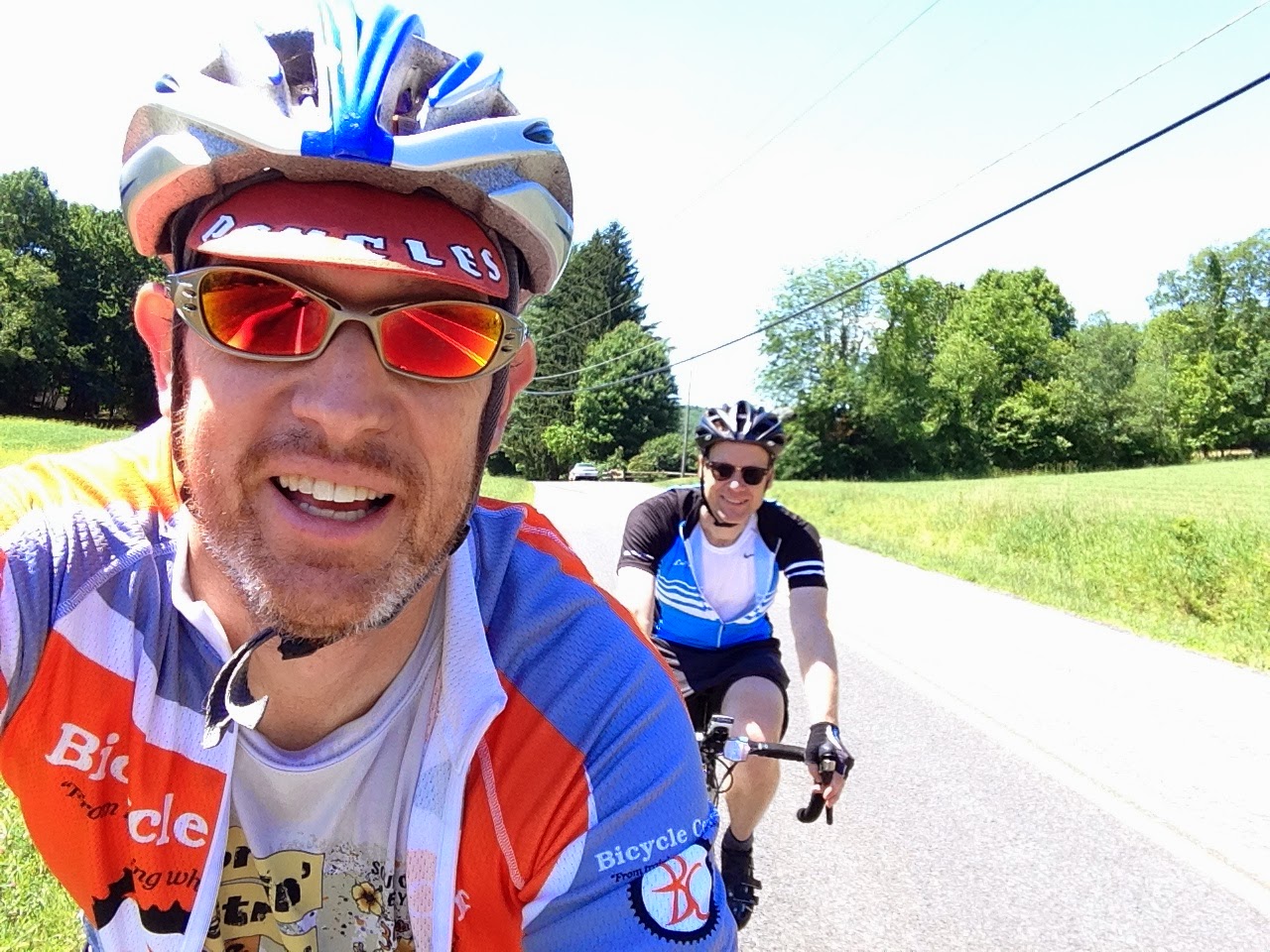 The Reservoir is breath taking, surrounded on three sides with the Catskills 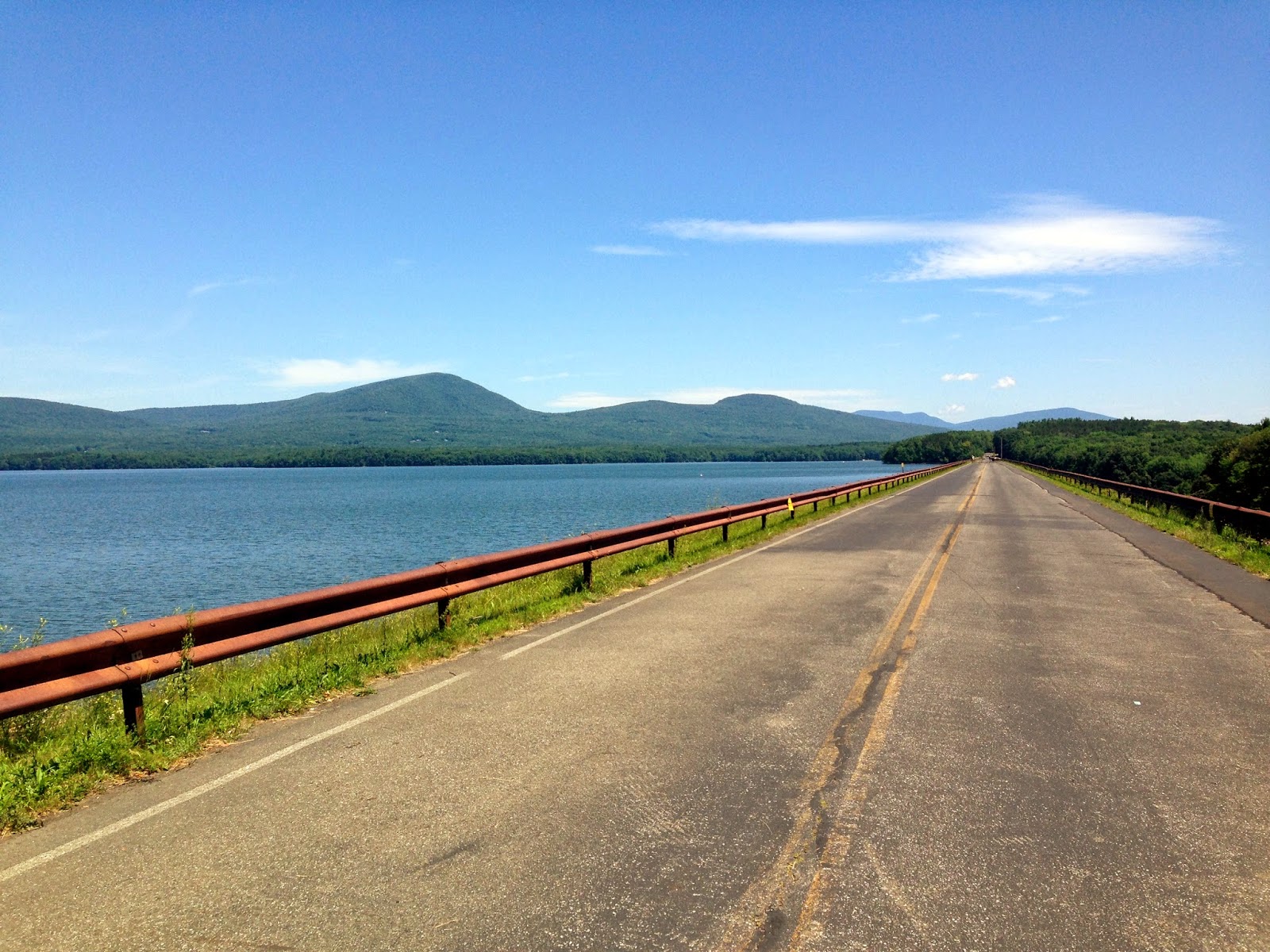 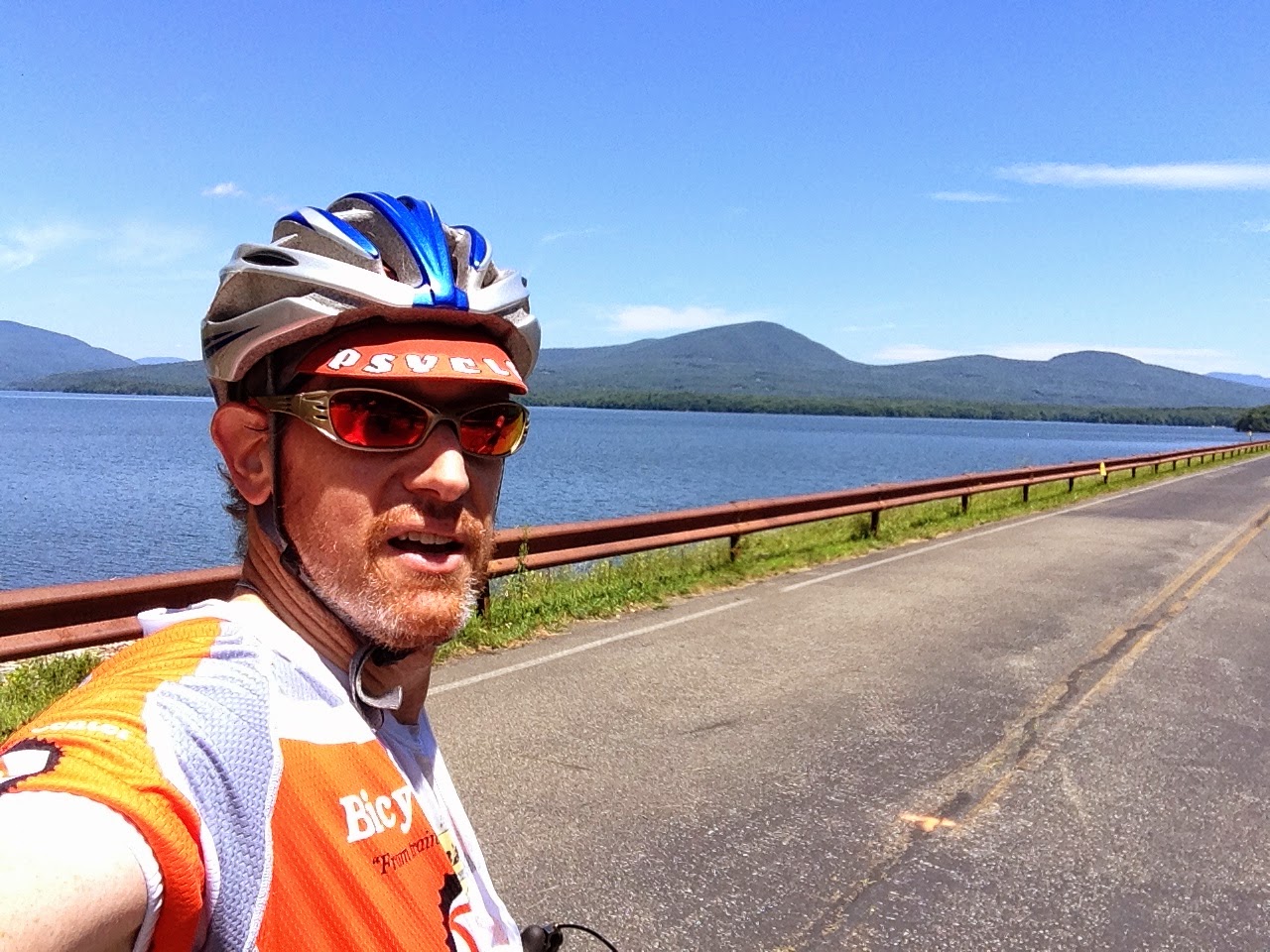 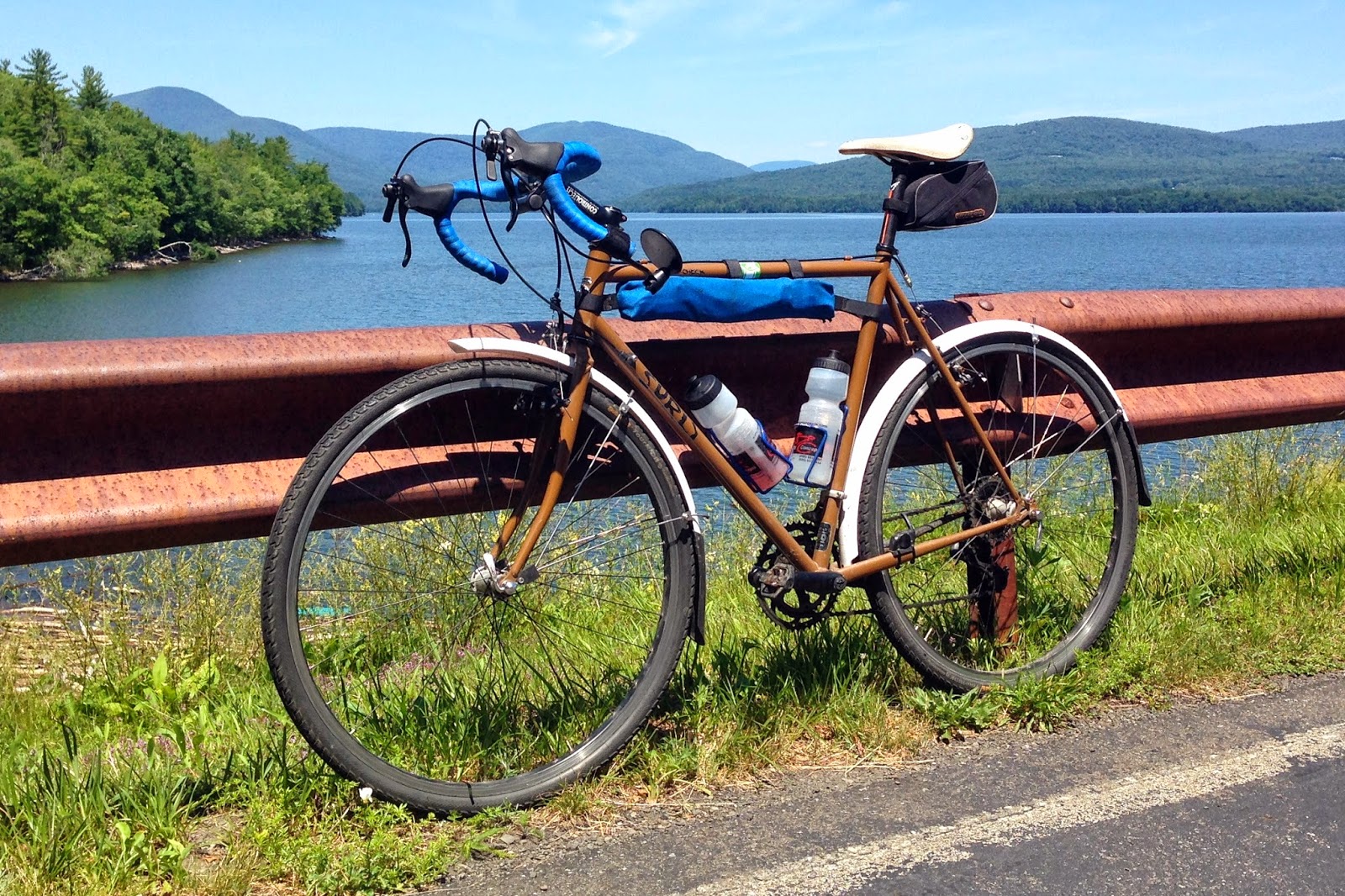 It turns out I could have ridden my Cannondale but since I will be riding the Cross Check for D2R2 that was what I decided to ride today.  Overall, it was perfect, except for two dropped chains shifting off the front ring and my rear shifter cable coming loose.  Oh, and there is one other exception that I am going to remedy once I got home, a softer saddle!  My ass has had it with the Brooks Cambium Saddle.  It looks great and is not bad for commuting and shorter distances but after 5 hours on the saddle, my but is calling it quits! 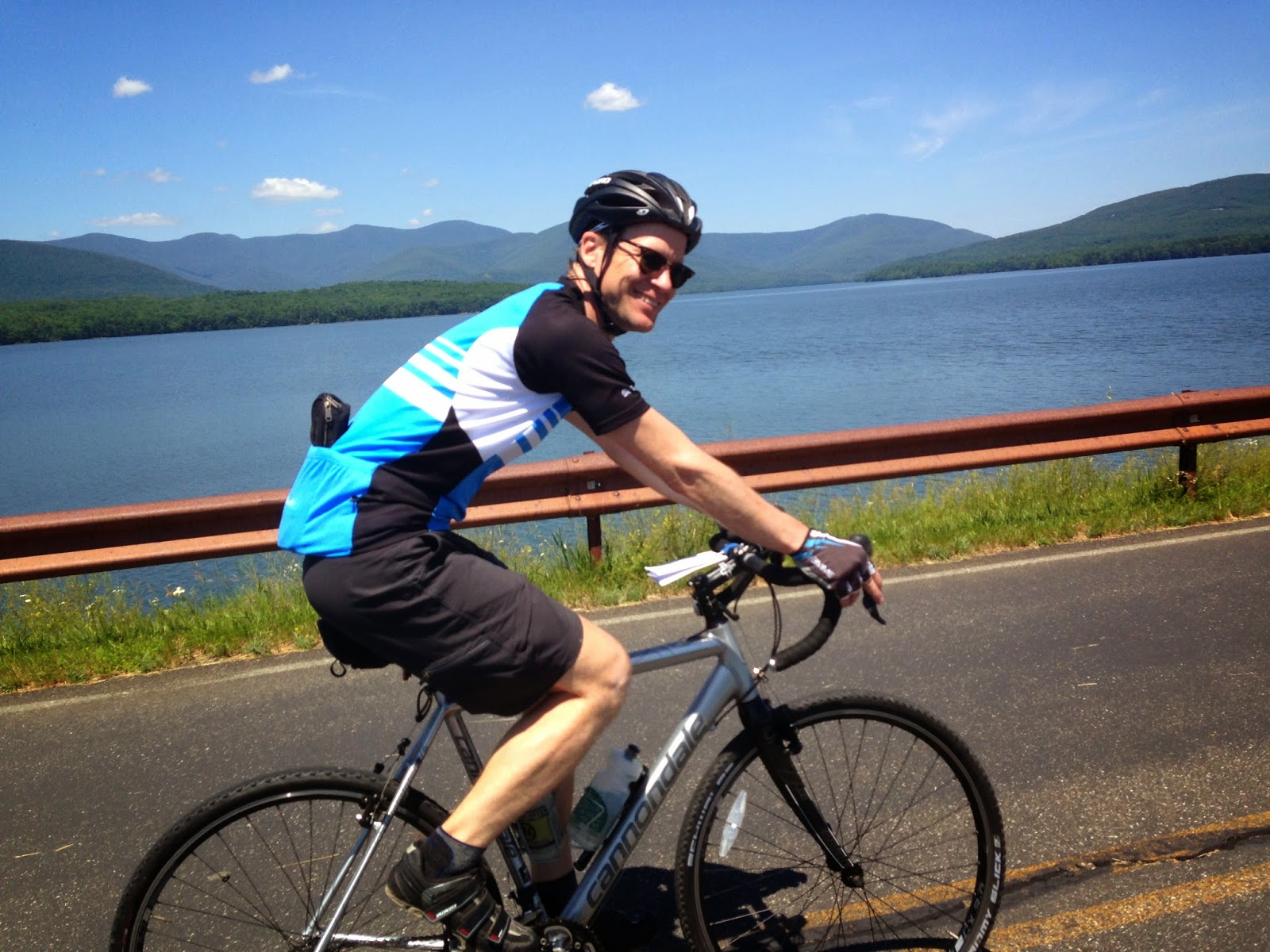 Will riding on the Ashokan causeway 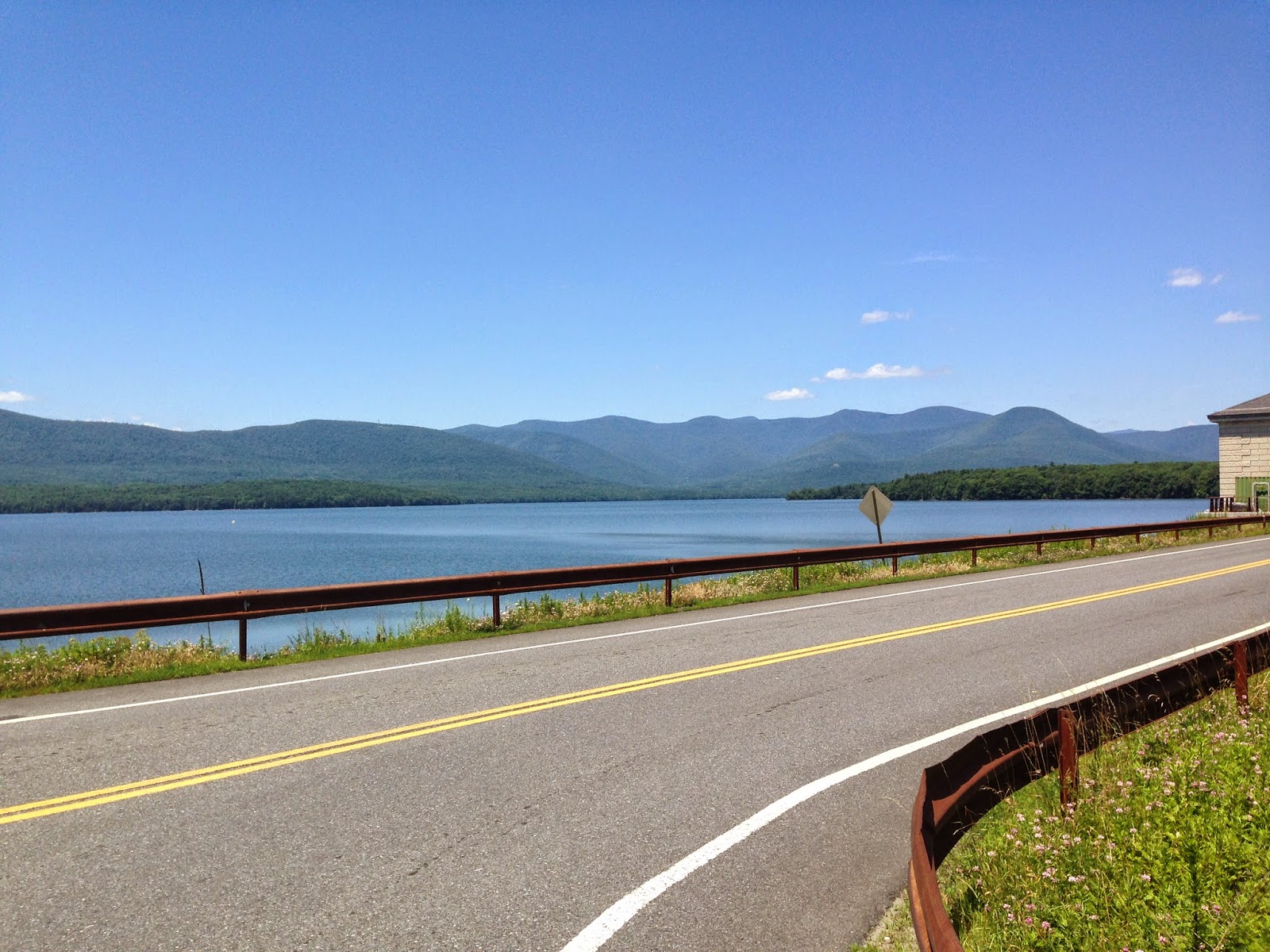 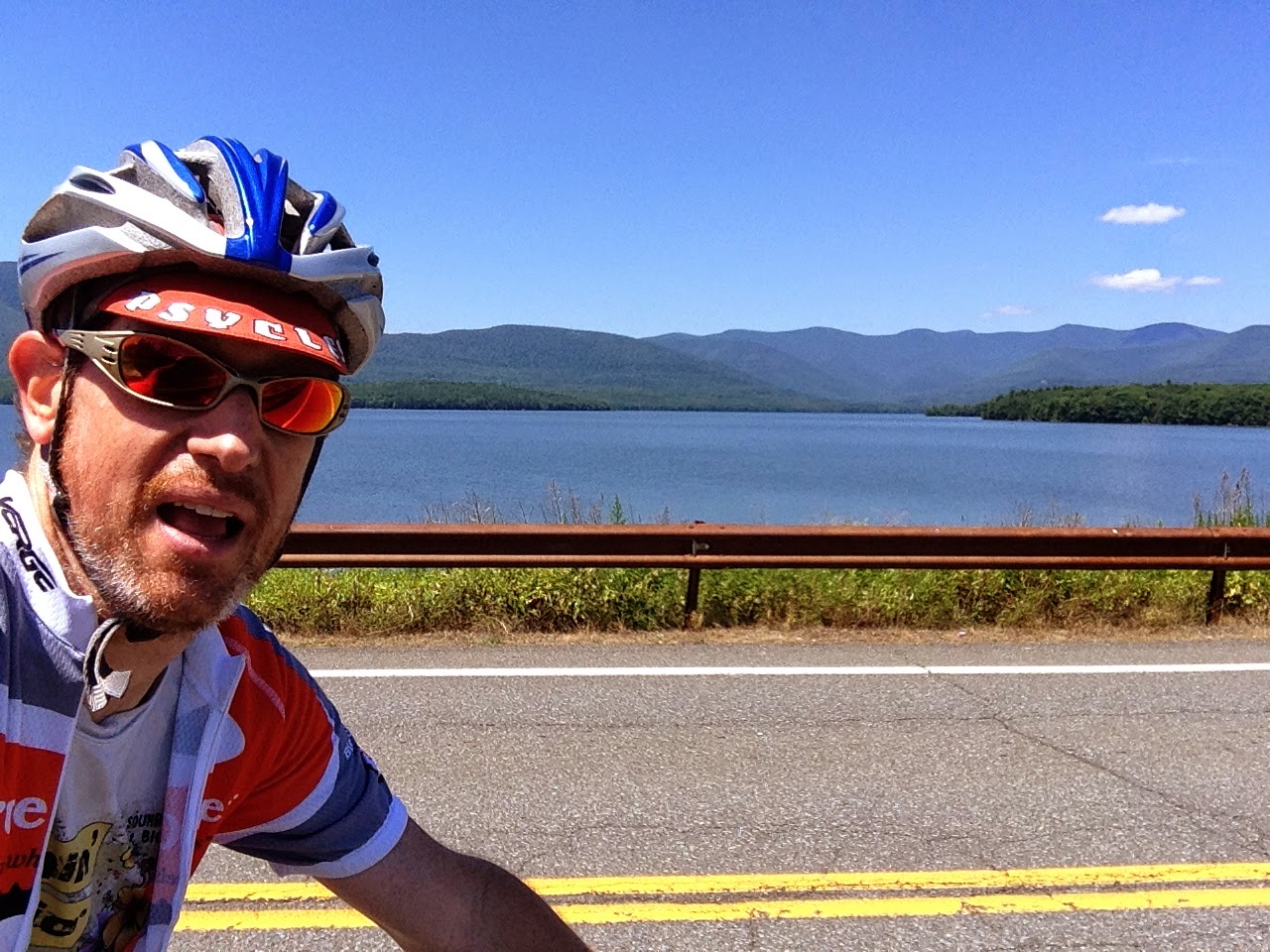 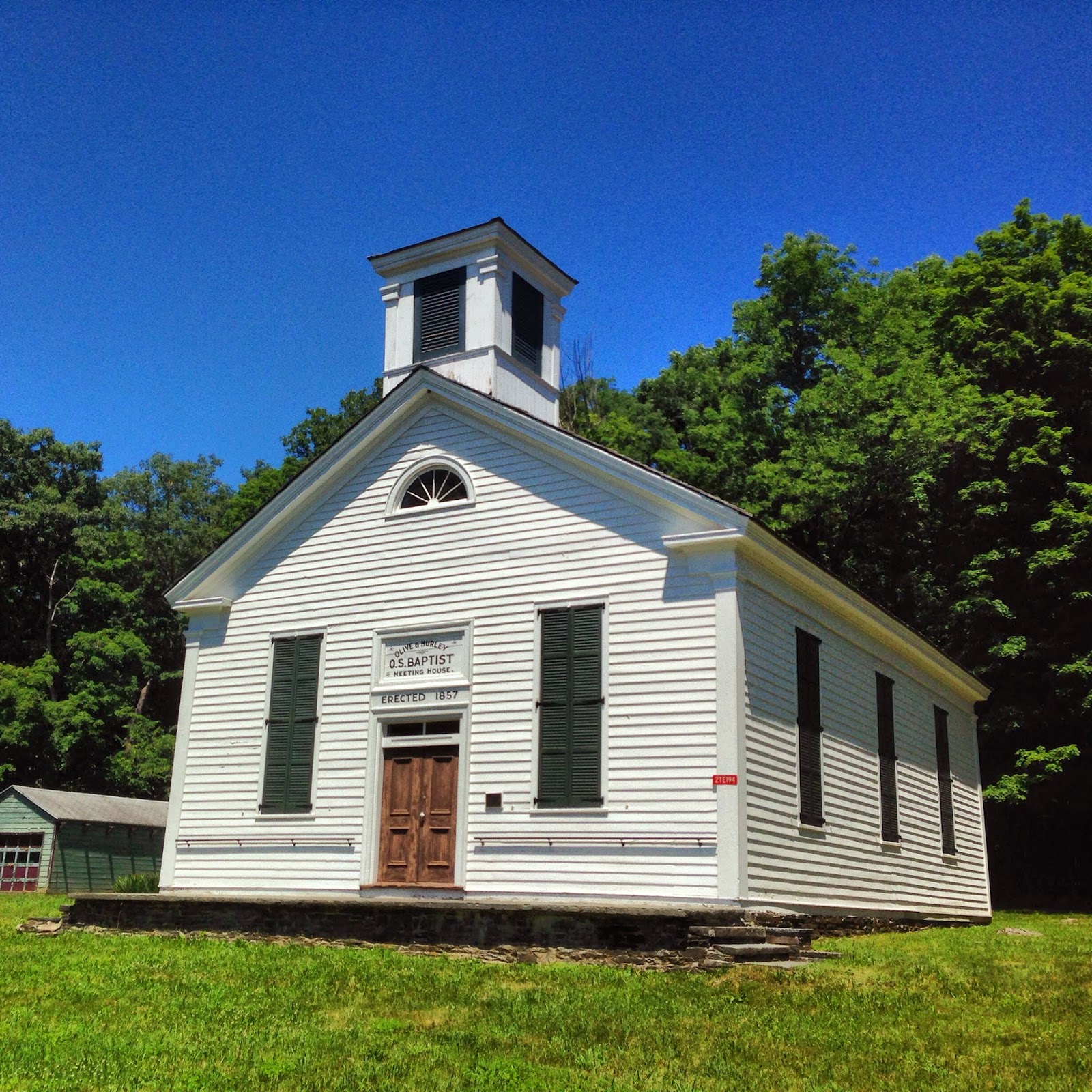 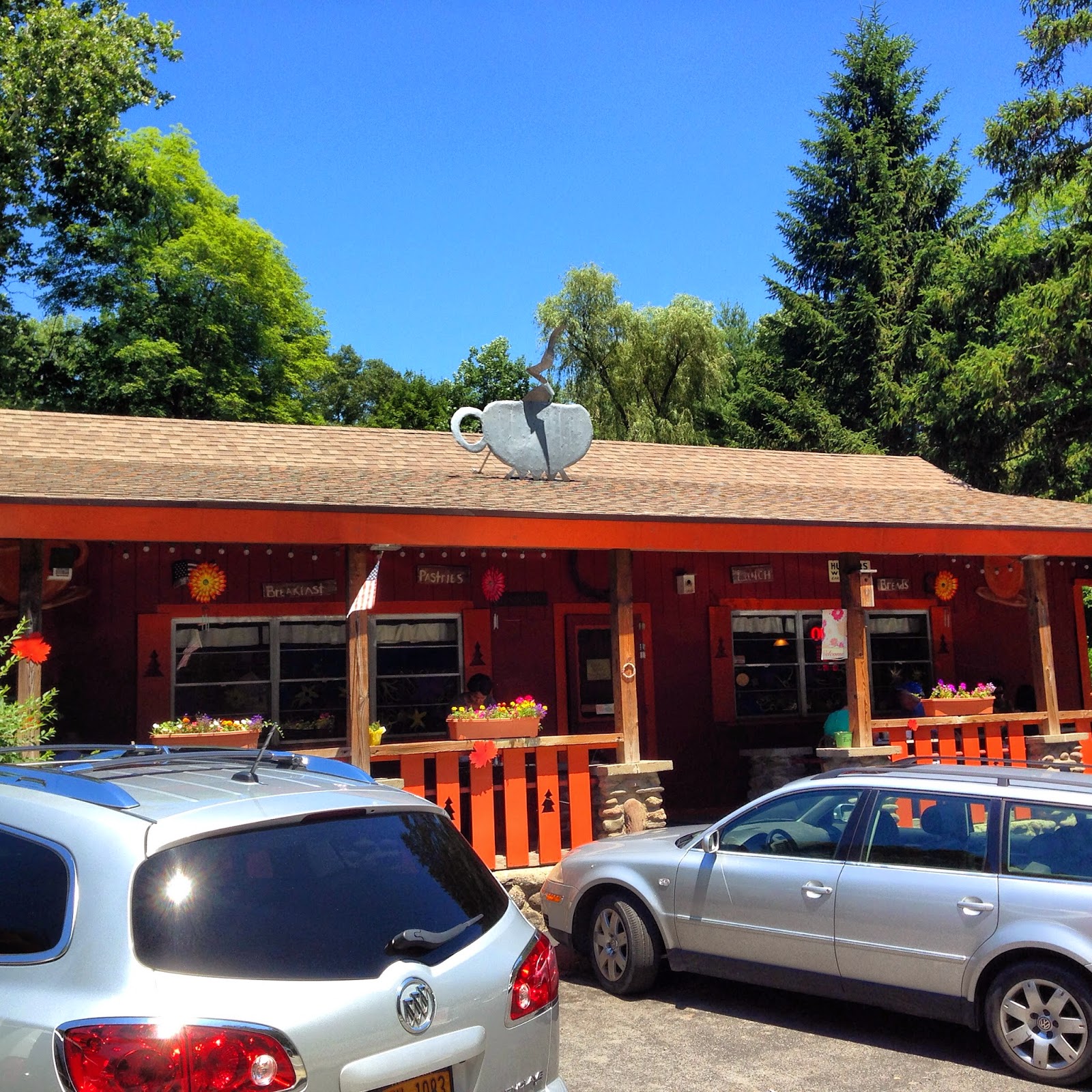 In the town of Olive Bridge we stopped at the Pine View Bakery for lunch.  Up until this point, the only thing I had to eat on the bike was a banana. We were at the 37 miles by this time and I was amazed at how much energy that I had.  I ate hearty, by having grilled cheese with bacon, fries, and pickle.  For desert I had some Almond & Chocolate Pastry that was awesome. 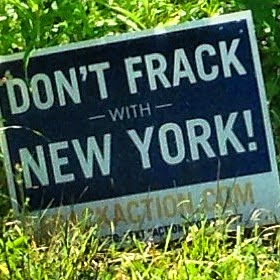 I hope the State doesn't Frack things up! 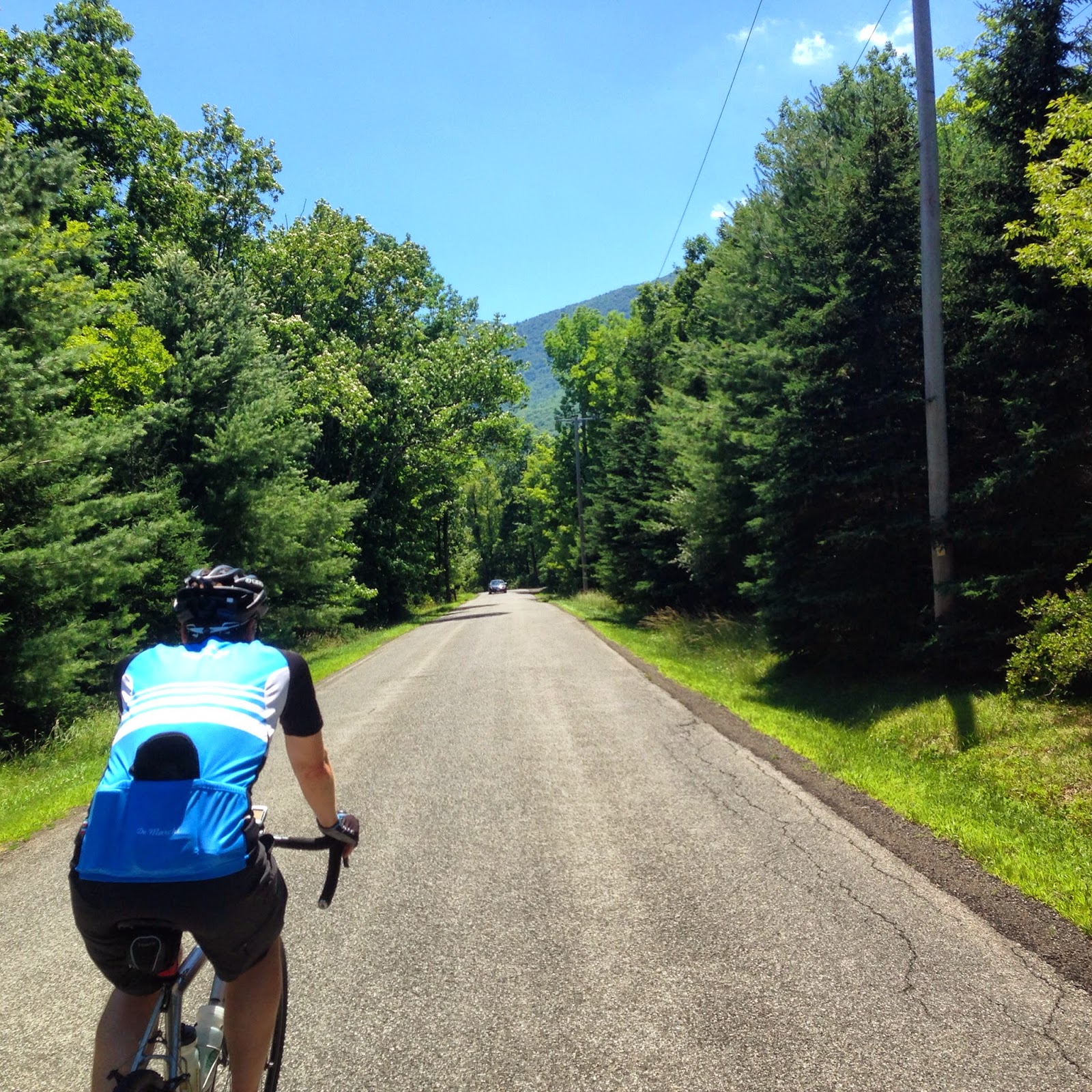 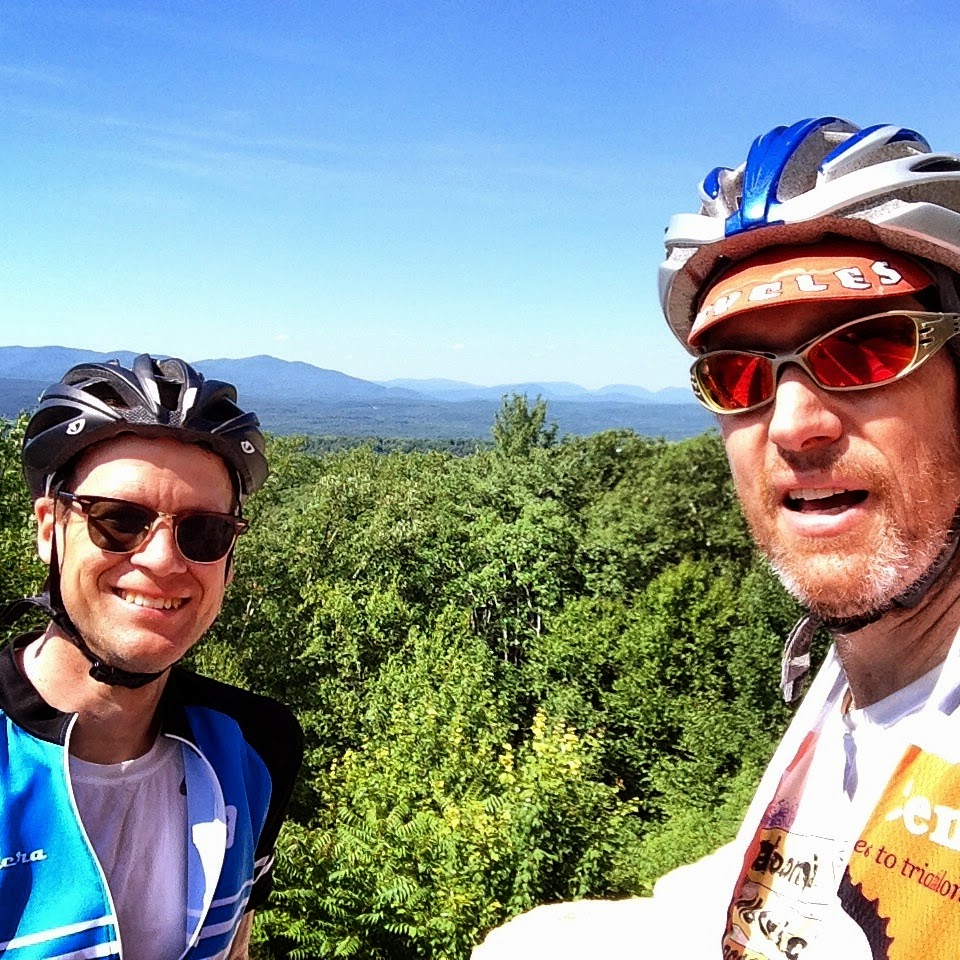 Finally, we started making our ascent back up the Shawgunks 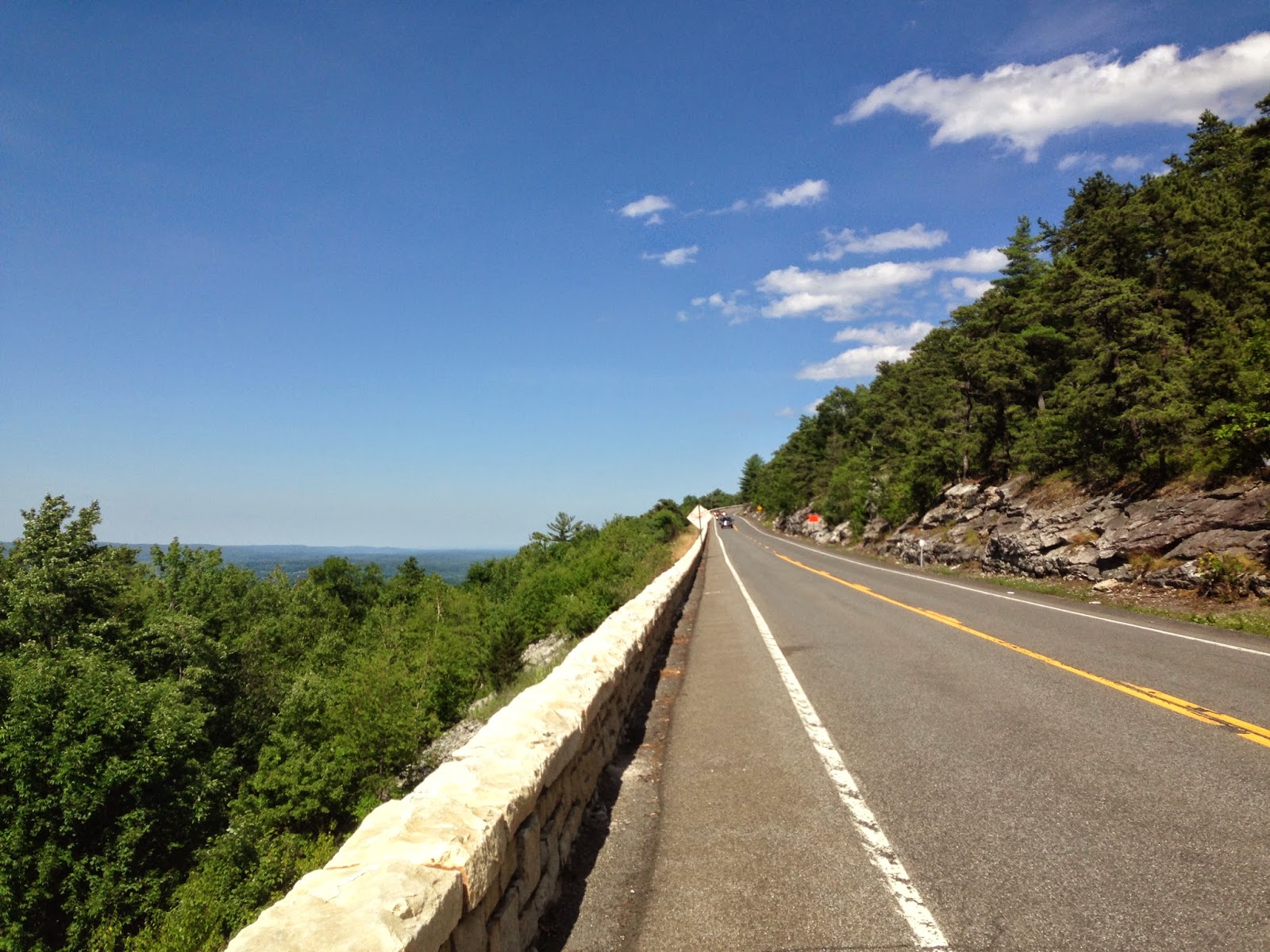 This is a climb that keeps going and going 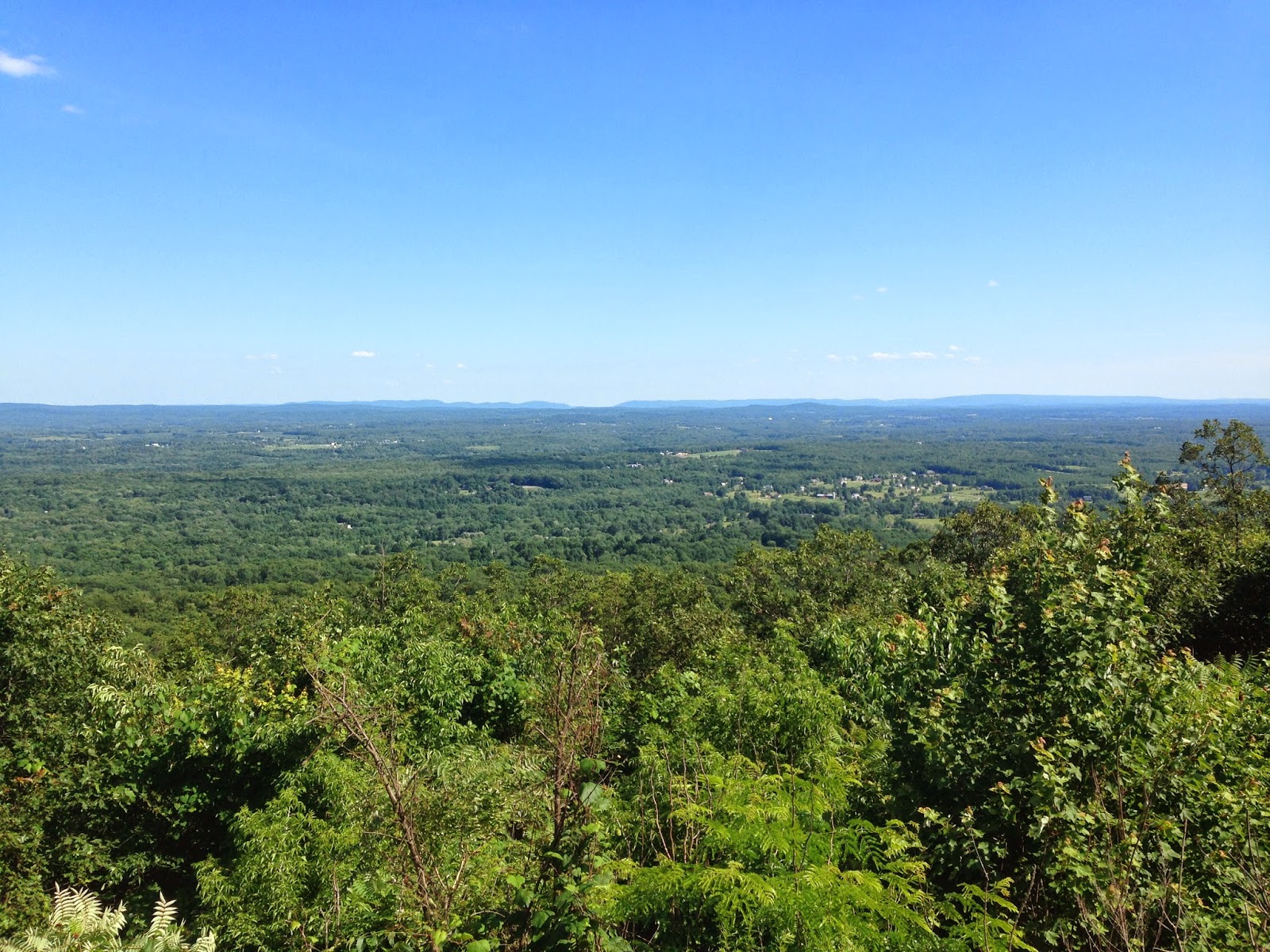 But it's worth the view!