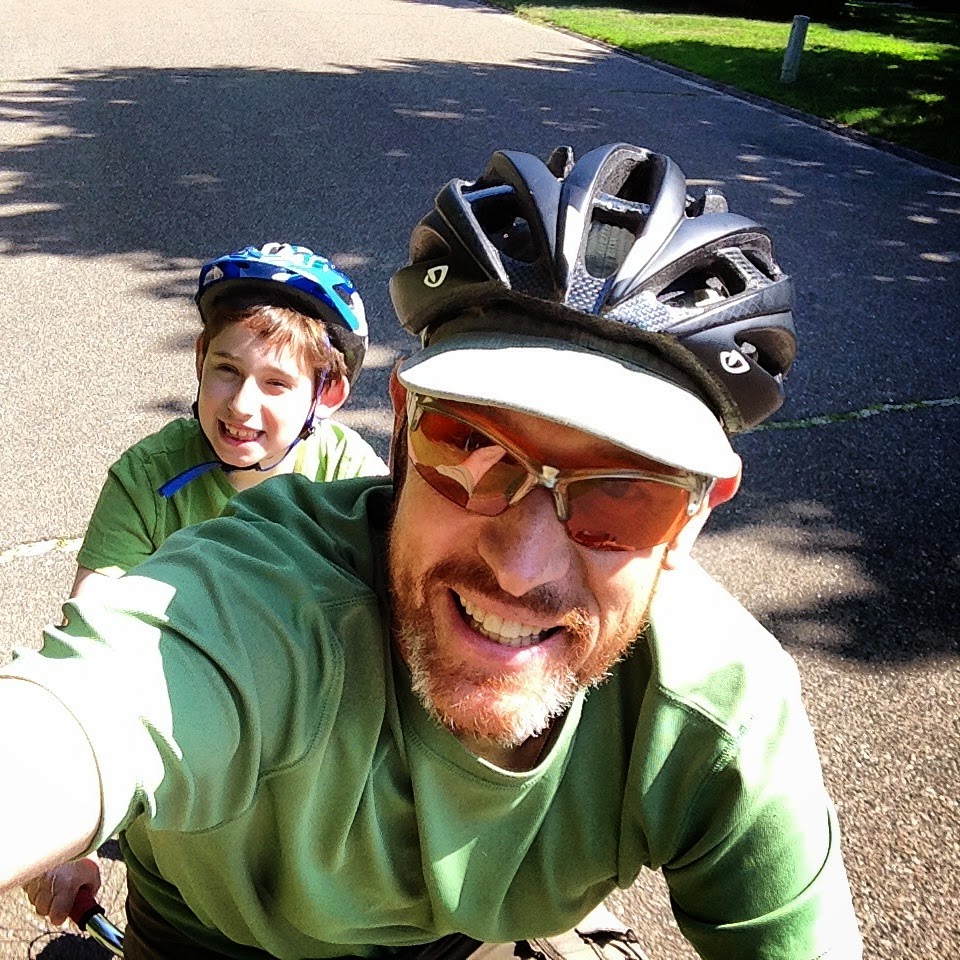 After boating with the cousins from Texas we headed down to Trumbull to spend the night at Elliot & Brodie's grandmother's house and I brought the tandem with me because I promised Elliot that we would go riding together.  Our initial plan was to do the railtrail but we were short on time so we rode 5 miles in the neighborhood.  I had to borrow's Will's helmet because I had left mine at home, which meant that later I had to drive back to Newtown and retrieve it along with some other important things that I forgot.  Elliot once again, had a blast!

Email ThisBlogThis!Share to TwitterShare to FacebookShare to Pinterest
Labels: Riding with Elliot, Tandem