I tweeted Bob Maxon, NBC Connecticut Meteorologist, for advice on when I should leave the office to ride home.  Of course, wanting to leave at a certain time and actually leaving are two different concepts.  I was able to leave about an hour after Bob's recommended time and he was right because when I got outside it was sprinkling and cold!  I had to throw on my rain jacket and full fingered gloves! 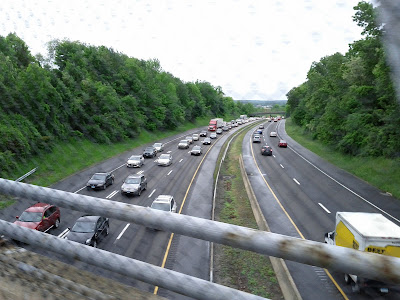 Memorial Day weekend traffic was getting an early start. 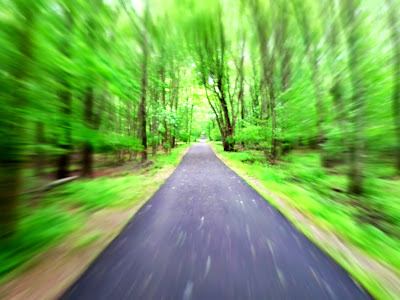 I love riding the Recreation Path through Fairfield Hills.  It's the only part of my commute that is car free.  I opted however to stay off the dirt trails because it was wet. 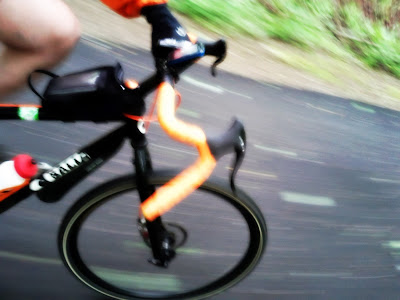 A few comments about the Woodchippers (handlebars) and the cockpit for that matter.  In comparison to the Cannondale XS800, my geared Gravel Grinder/Commuter, the reach for the bars feels a little bit longer.  In comparing the two bikes (when I got home later) I found that the Woodchippers are a good 2 inches higher than the bars on the Cannondale.  So, that explains why it was off.  So, now I need to find a shorter angled stem.  Also, the levers are about a centimeter off from each other.  I knew I shouldn't have gone right to tape but I was eager to ride the Qball again. 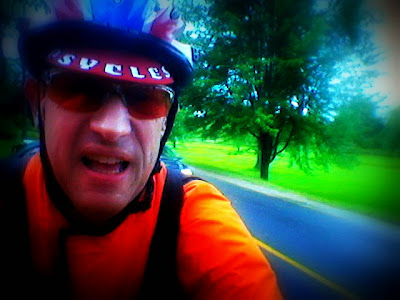 I tried a slightly different route today.  After riding through the southern section of Fairfield Hills I headed to the northern section to check out Old Farm Road.  Apparently, at the end of this road there is a right of way that leads to Queen Street.  I drove by there other day and noticed it was mowed so I decided to give it a try.  What's really cool is the crossing over the Housatonic Railroad Tracks.  Cool to me at least because I love trains. 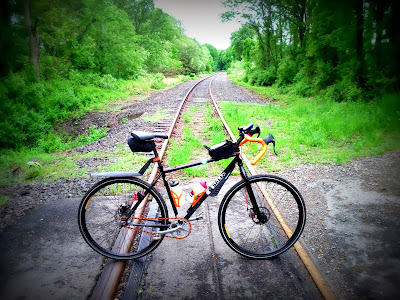 That was one tough road to climb on the singlespeed because half of it is no longer paved and sections are pretty washed out.  For the most part, the mowed section of the right of way was rideable.  I had to walk one little up because I couldn't get traction in the wet grass.