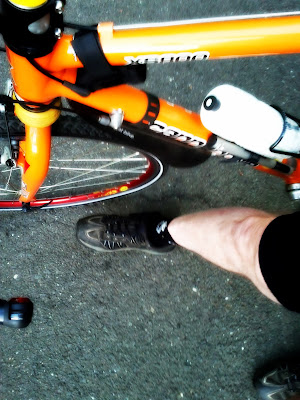 I decided to suck it up and go with bib shorts for Friday's commute, some lighter gloves and only one snivel gear item, an ear band (that I ended up taking off when I crossed into Bethel), and no riding jacket.  Of course I had a wicking undershirt, blaze orange, long sleeve running shirt, and my Meatball jersey.  Another change was I found a good way to mount my helmet cam to the bike. 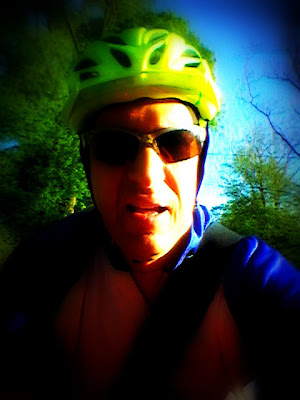 Riding down to Pond Brook Road was chilly but warmed up with the climb out of the Housatonic Valley.  It wasn't until I got up to Hawleyville JCT was when the morning's true warmth hit me.  It was like night and day.  The temperature swing felt like a 20 degree difference.  Leaving the house later than 6 am caused me to abort my plans of trying to beat a Strava Segment (Susan Ln Climb) I found last week while Fredding Around Newtown. 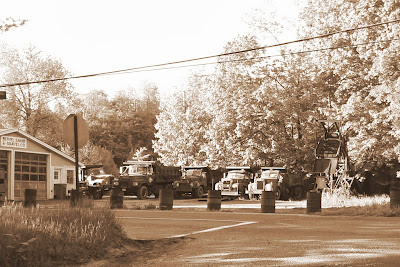 The industrial section of Bethel of fascinates me on how can you have such as operation in such a minuscule area.  Near here is also the Plumb Trees Viaduct that I have been trying to find for quite some time.  It's a remnant of the Shepaug Railroad that went from Bethel to Litchfield.  I saw it on Wednesday but it was enshrouded by trees.  Going to have to wait till fall to get a good picture of it.

Wednesday, my route took me on this road called Hickory Ave, which according to Strava was only 6.5% grade but it seemed a lot worse, so I took the backside and it was 9.5%.  Seemed a lot more steeper. 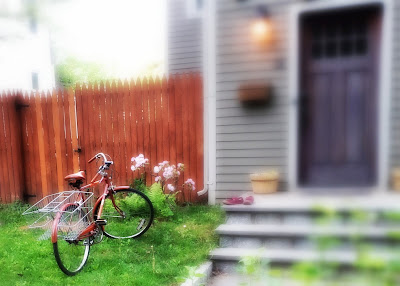 After busting my hump on Hickory I came across this sweet, steel, three speed, grocery getter.  Not sure what it's like living in this neighborhood but I would never leave my bike in front of my house like this if I lived here.

The Bike to Work day event for the Danbury area was being held at the Bethel, CT MetroNorth Stop on the Danbury Line.  It was being put on by HART Transit, the local bus company that services the HCVEO region (Housatonic Valley of Elected Officials).  This was their second time doing this. 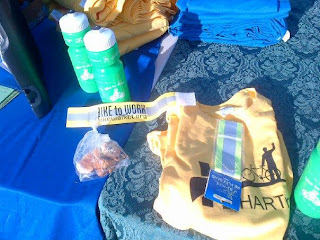 Besides a bite to eat, some orange juice, and a cup of coffee, I got some nice schwag including a water bottle, an ankle and arm reflective bands and a cool t-shirt. 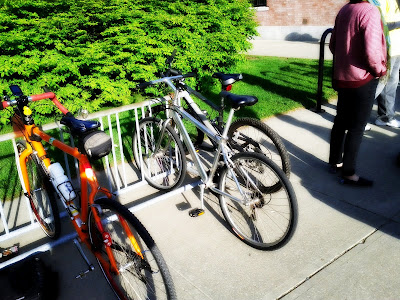 As I was getting ready to role, this Rastafarian looking guy rolls up on former mountain bike now turned commuter that was brushed aluminum.  Perfect train station bike.

Upon leaving the station and heading to the office I came across this woman riding her bike to work but she road right past the event?  That's crazy.  When I caught up to her and asked her why she said they were doing something at work.  I think that meant she worked for Cycling Sports Group. 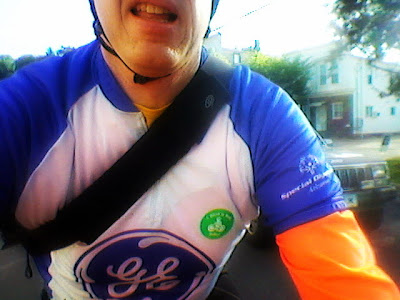 I even got a "I biked to Work Today" sticker!


Decided to go back to the Timbuk2 bag for commuting.  Having it slung across the shoulder like a bike messenger is actually much more comfortable than the back pack because the load in the back pack is actually higher up on your back and tends to shift when you are crouched in the saddle.  However, the messenger bag sits lower and doesn't shift as much, plus your back gets more air. 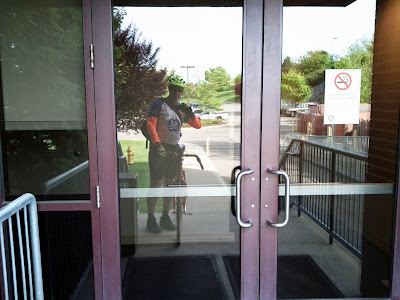