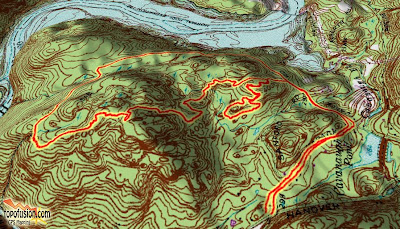 Decided to hit Upper Paugussett early Tuesday morning to do some clearing of a blow down on the Gussy.  It's funny but when I first started riding, it seems like I was impervious to the cold but now that I have been riding for almost 10 years the thought of riding on a crisp, cool morning somehow doesn't seem so appealing anymore.  However, despite freezing my ass off while riding to the trail head, I realized that this is one of the best times to ride. 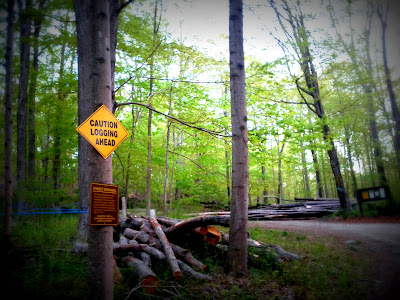 Entering Upper Paugussett State Forest from the Echo Valley side I was surprised to still see the logs still in the parking lot.  I would have thought by now they would have been removed.  Hmmmm, might have to make a skinny or two. 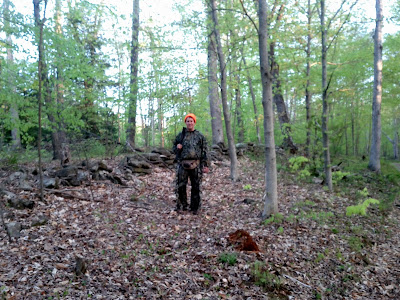 Further up the Poly Brody I met up with a Turkey Hunter.  Good thing I was wearing orange.  None-the-less, until the hunting season is over, which is on May 25th, I need to start wearing the bells again. 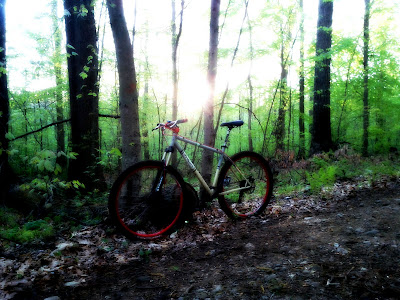 The Spot is riding so nicely and the new wheelset is great!  However, I think I am in need of a new bottom bracket. 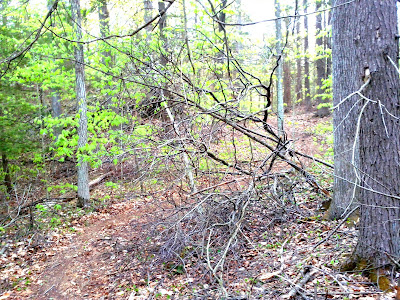 The task at had was to clean up this blow down.  I got all the little stuff cut out but might try to come back and do the bigger stuff with my hand ax the next time I come riding through. 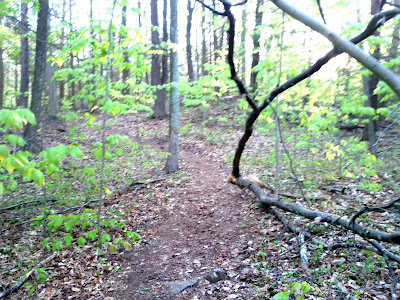 After cleaning this up, I continued riding until for some reason, probably going to slow, my front tire caught on a rock and I slomo'ed into an endo.  Good thing I had pads on.  Nothing appeared to hurt so I continued riding. 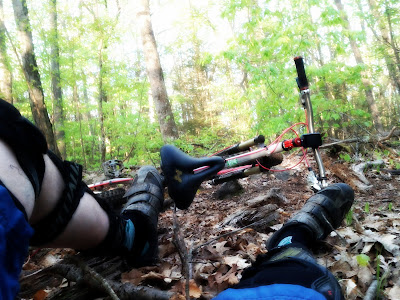 Down at the Sandy Reroute, I pulled the chain out of the ground only to find that a root had grown through it.  That's pretty cool and I think I am just going to leave it there for now. 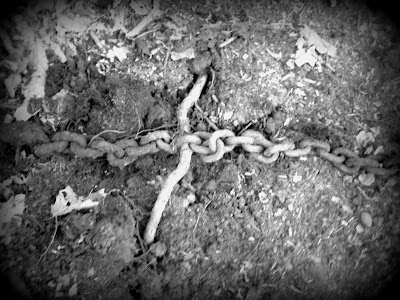 how do you snap these pictures of people? Just pull up the camera and shoot? I don't picture people being enthused getting photos taken in the woods?

Brandon, I just strike up a conversation with them and ask if I can take their picture for the blog in which I write about the forest in.