Tandeming a plethora of Terrain 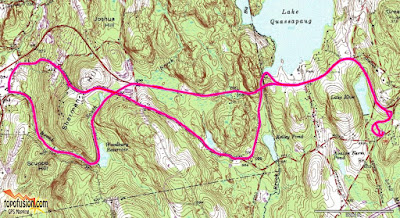 Now that we are a little more mobile with the Tandem I took Katie over to Middlebury because I wanted to ride from Meadowbrook Park down into Woodbury via the old Trolley bed as well as explore some residential roads in preparation for my own Gravel Grinder:  The Tribury Gravel Grinder.  In the profile below the arced descent from around the 4 mile mark is the trolley bed trail.

Here is Saturday's route in 3D.  I had wanted to also include the rest of the Middlebury Greenway but we ran out of time (and daylight).  If you look at the Tribury Gravel Grinder that I mapped out on MapMyRide you will see that the northern route is actually cutting through the Flanders Nature Center.  According to their maps this is an old farming road and I am hoping that it's open. 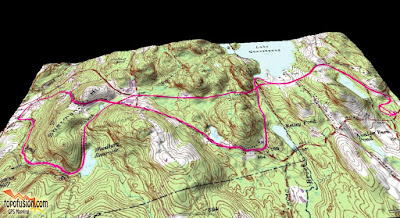 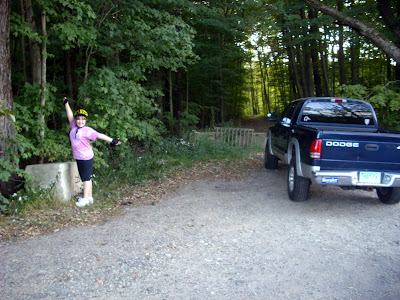 Of course before heading down the Trolley Trail, Katie couldn't help hamming it up for the camera. 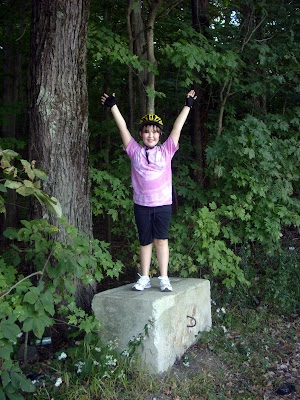 Below is a 3D view of the trolley trail.  There were numerous trail off shoots that need further exploring.  Who knows, this could turn into a really hot mountain biking destination. 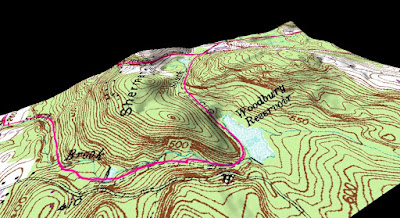 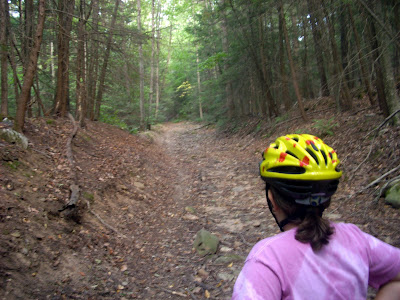 After the old reservoir we were riding down a pretty wide trail but it was obvious that it was an old train bed by the fact that it was so flat.  It was great riding the Burley Tandem because it's steel and it really absorbed some of the rougher parts of the terrain. 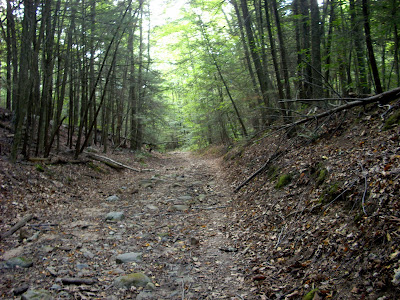 We ended up on Great Quarter Road and to get back our options were to ride on Rt 65 or Old Sherman Hill Road. 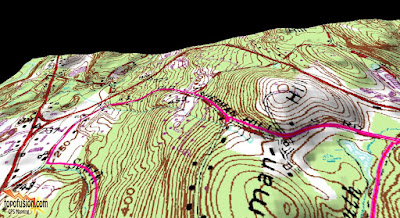 We took Old Sherman Hill Road and that was a bear.  In fact, we took two breaks on side roads because it was so steep. 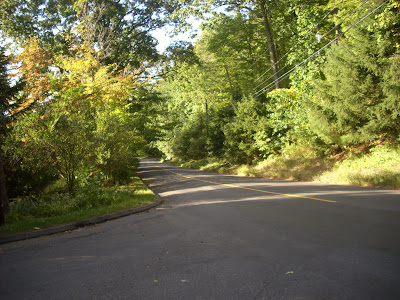 It just kept going up and up and up!  What a day!  We road Greenway, an old Trolley Bed, and climbed some serious hills! 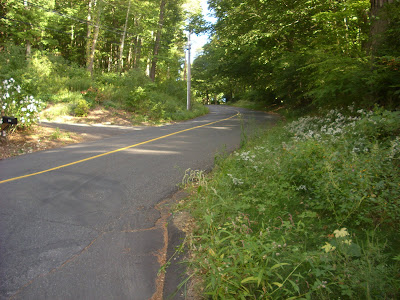 Afterwards Katie and I went to Maggie McFly's in Southbury for dinner. 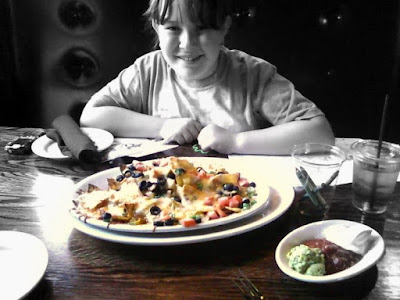 Email ThisBlogThis!Share to TwitterShare to FacebookShare to Pinterest
Labels: Tandem