The Friday Fix: Ride of the Death Fork 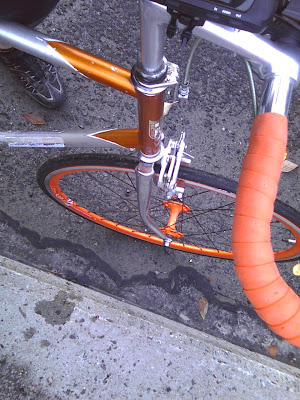 I have been looking for an opportunity to road test the Lambert Grand Prix "Fix" and finally decided to try it on a commute to work.  I was taking a chance because if I had a problem I would be either walking home or walking to work, something I have yet to do.  This was the first time I was riding really skinny tires and I didn't see the roll out from the Housatonic River Valley as having too many options.  It was either head into town or head into town. 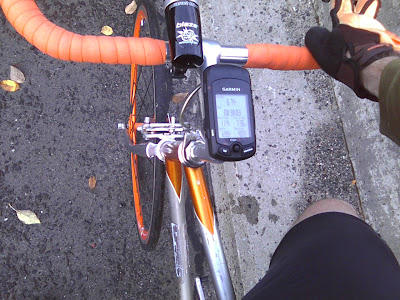 When I started to really get moving the bike sang of swiftness.  Unbelievably the larger Crank gave me much more descent control and in the flats, the bike would take off.  Not quite to the end of Hanover Road, maybe 2.5 miles into the ride did I hear the first creak.  Figured it was something to do with the cranks and later I would find out that was indeed the case.  Rather than taking the long way to work I cut back on Currituck Rd and then over to Tunnel Rd and then Barnabas Rd over to Old Hawleyville and one of my normal routes to work.  If it wasn't for the Timbuktu bag I would have had a really good ride but it kept shifting.  I think I am done with it and moving on to a back pack. 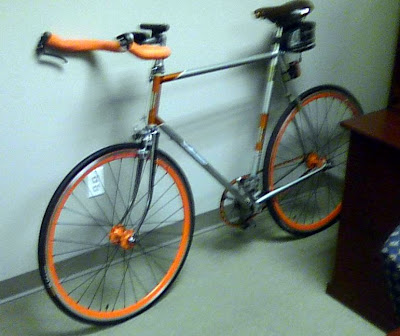 Once at the office I went over the bike and yes the non drive side crank was loose.  Fortunately, the building services guy had a 13mm socket that I could use to tighten the crank.  On the way home, that tightening lasted about 5 minutes and the crank was loose again by the time I reached the bottom of the office driveway.  I pushed on anyway and was able to stop off at the Goodie Shop to show them the bike that I had bought from them the previous summer.  Linda, the owner, really liked it. 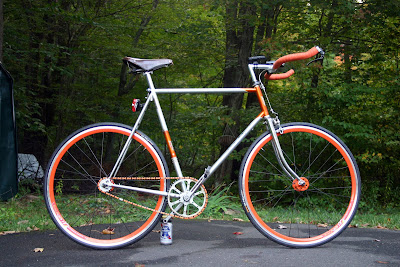 On the way home, basically retracing the morning's route I discovered a problem with my brake.  I must have have come loose and there was a problem with the aero lever.  I opted for a short cut over to Hanover Road on this little dirt road called Papoose.  I walked the big hill because with the brake not 100% I wasn't going to take a chance.  My guess is that some of the squeaking is coming from the sealed cartridge bearing in the bottom bracket.  Yes, a 1970s era bike with sealed cartridge bearings in the bottom bracket.  I going to have to get one of these to replace it: 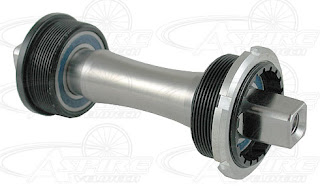 Pic courtesy of Aspire Velotech
at 6:18 AM

sweet bike. how do you like the speed on those skinny tires. i sometimes get up to 42 mph in Newtown on my skinny tire road bike.