Dang, it was cold this morning! 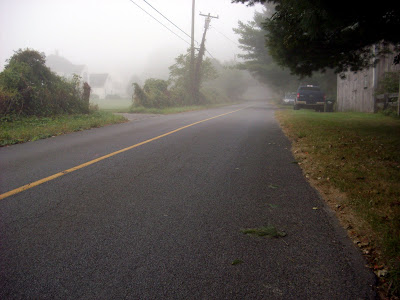 I woke up Thursday morning a bit early, around 5:30 AM and looking up at my ceiling where the time and temp are projected I laid there in shock as I read the outside temperature:  41 degrees!  I spent the next 30 minutes thinking about what to wear. 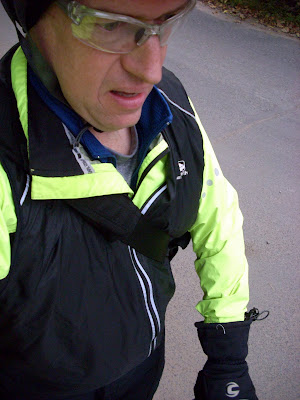 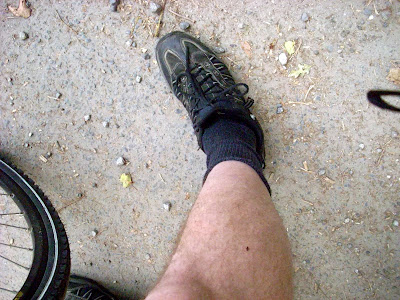 While it was cold the legs were fine. 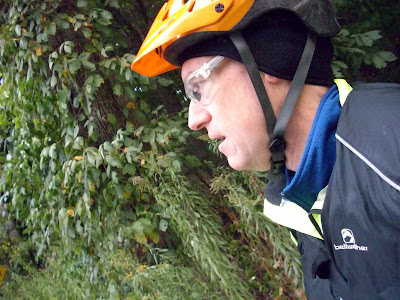 By the time I got to the half way point where I took these pictures I was getting hot and took off the vest. 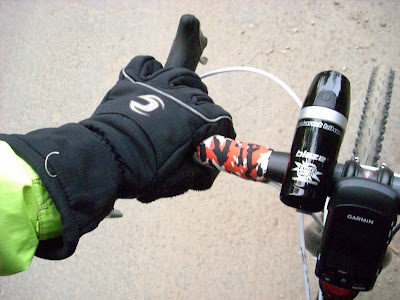 Hands were starting to sweat at this point, too 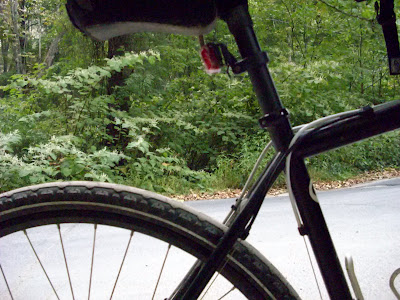 I found the original mount to my Blinky and hooked it up last week.  It beats having it dangle off the seatpack.  I am really enjoying riding the Qball as a commuter.  It has such a nice, smooth and solid feel to it. 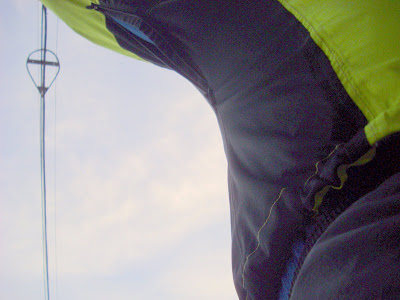 Someone told me at lunch that it was supposed to rain.  At 3 PM it was looking gloomy out and I chided myself for removing my fenders last night.  I got on the road a little early and felt a few schpritzes but nothing sustained.  I tried riding a different route and I was going for speed.  Last week, I got home in 39 minutes taking the all backroads route.  Today, I tried a more direct route on a major roads and probably would have beaten that time except for having to remove my riding jacket because I was getting too hot and having to stop a second time to retie my shoe.  Add to the fact that I was carrying my laptop I rolled in to the Snack House in 41 minutes.  5 minutes later, it started to pour!
at 6:05 AM