Anyone forget their BMX Bike? 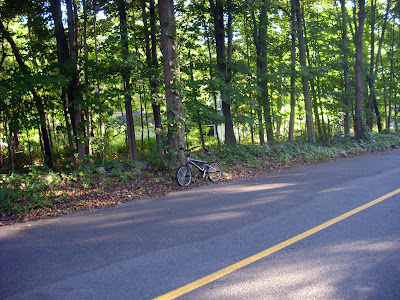 I came across this GT BMX bike leaning up against a tree on Old Hawleyvile Road in Newtown on Monday's commute to work. It struck me as odd that someone would just leave their bike leaning against a tree so early in the morning. It didn't look like there was an accident, bike is in really good shape and there was no blood on the road. If the owner was apprehended by the law you would think the bike would have been taken as evidence. 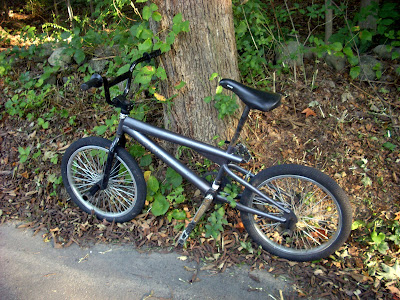 By the looks of the rear pegs, I would say that the owner was doing a little trail riding but where? My guess would be along the nearby railroad tracks. The only think I could fathom was the owner was riding somewhere and had to use the facilities and remained hidden from my view as I inspected the bike. Only, if that were the case, he (or she) is going to need a lot of Cortizone cream because the poison ivy here is rampant.  That would be a great way to start the new school year. 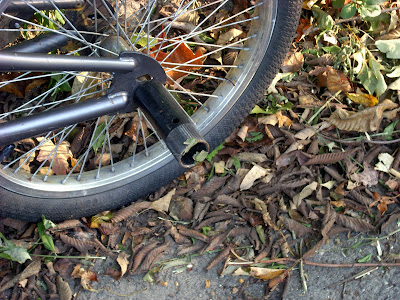