I found this lovely, old SSer near the Northwestern University Hospital on my walk back from the airshow, but I wouldn't lump it into the fauxie category as Interstatement of the Beat Bike Blog called the single speed bikes from yesterday's post with one brake but using a freewheel. 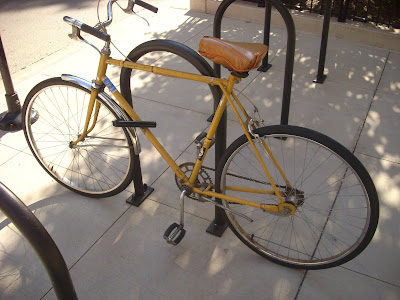 Looks like it could have been an Old Crappy 3-speed conversion given the fact that the front cable hold looks like it was made to hold two cables.  The rear wheel is probably not the original wheel.

Another interesting highlight could is that while it has a front brake lever there is no front brake.  Who ever did the work on this bike converting it to a singlespeed probably didn't want to bother with taking off that vinyl grip to remove the lever.  I don't blame them, those can be a bitch! 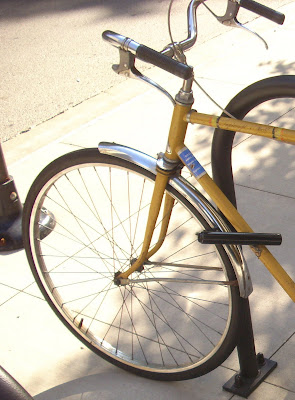 Not sure if this was the brand name or then original owner's name but given the fancy script I would say the latter is probably the case.  It's an American Bottom Bracket so I will have to do some research to figure out exactly what brand of bike it is. 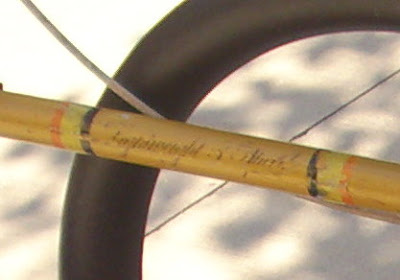