CT NEMBA's Meeting ride met on Cedar Lane in Middletown, near Middlesex Community College for a little jaunt before our meeting over at Eli Canons.  Glenn the way on some fantastic single track that went over many open areas of rock that were huge rollers in which you had to ride down.  It's been awhile since I have ridden Middlesex or known locally as MSex and never have I ridden this section of trail. 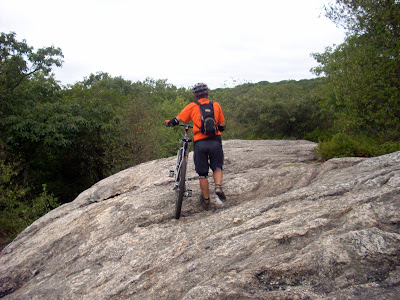 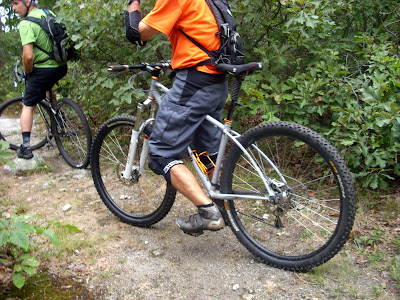 As it turns out, I was riding my 29er (only mountain bike I have at the moment), Glenn was on his Redline (29er) and Al was on his Belltown Bikes 29er.  It was 29er-fest at Msex.  Glenn pinch flatted on one of the rocky descents around 6:30 PM and we were due at Eli's at 7 PM.  I didn't bring my cellphone but Glenn and Al called around to let everyone know that we would be late. 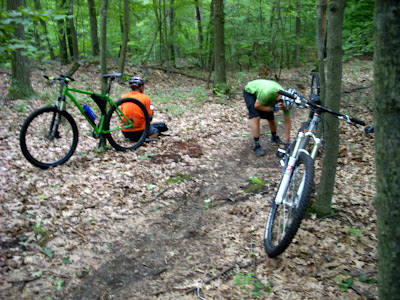 Little did I know, it was BBC night Eli's and they were giving away BBC glassware!  I couldn't have been more happier than a pig in the mud.  With Oktoberfest right around the corner I naturally had the Oktoberfest.  They also had a special tap of the Lost Sailor but I was too happy drinking the Oktoberfest.
at 7:27 AM