Pain in the P-Valley 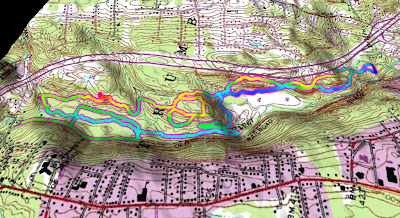 After working replacing the EBB and switching to a 21t cog I decided not to ride to work Friday morning and instead ride the Dillinger with the new parts. 21t is a nice gear for climbing and I cleaned just about all the hills at the Pequonnock River Valley Friday evening. In fact, I was about a mile into my ride before I realized the EBB was making no noise at all. 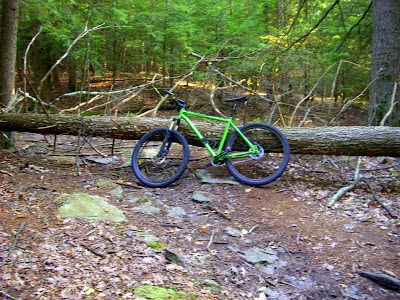 Later on, there was a slight squeek when I pedaled but I can live with that compared to what I have gotten used to. I think it may have started after my crash at Bat Cave Jr. I think I might have lightly sprained my left rist. As soon as I got home, I iced it and took some Ibuprofen. We'll see what I wake up to in the morning. Fornutately, this weekend I am going to a wedding and won't have a chance to ride so I have time to recouporate. 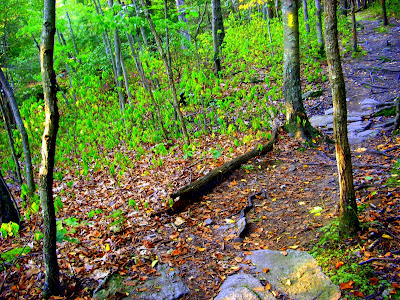 All the shrubs at P-Valley are wilting due to lack of rain.  One word of caution while riding Trumbull and trying to cross the Pequonnock River and really this goes for crossing streams in general, looks maybe deceiving.  I had ridden back down the white trail to the Rusty River with the intention of coming back on the blue to Coyote Crossing but the stream crossing on the Pequonnock looked really inviting (shallow) and I wanted to give it a try.  Well, it's nice hard bottom but much deeper than it looks.  Definitely, over the cranks deeper.
at 10:37 PM