Now we are on the good path! 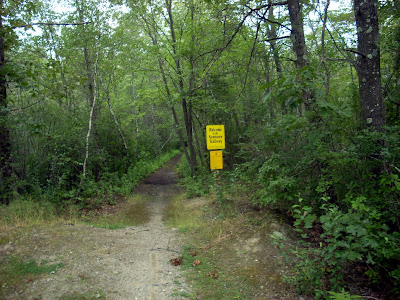 Brodie and I went over to the Monroe Railtrail for trail-a-biking Saturday morning and we headed up to check out the new Newtown section.  Much to my chagrin it hasn't changed since the last time we visited this section, Katie and I rode to here in the spring only it was too wet to ride any further.  The Newtown Bee reported last week that this section was now open, the only difference between then and now is that the trail is much drier..  Hate to say this but if this was an Eagle Scout project, the Scout needs to get busted down to a Cub Scout and start over!  All that was done was cutting back growth.  Where's the gravel and the stone dust?  Trail braids have already formed around the we areas that are still wet. 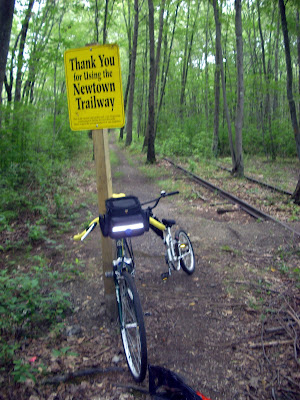 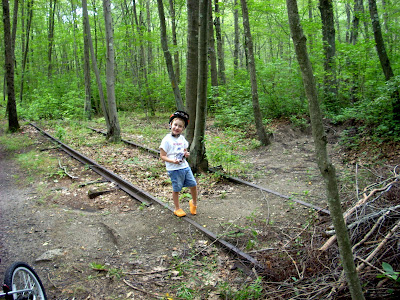 Cool thing at the northern terminus of the trail is there is an actual turn around. 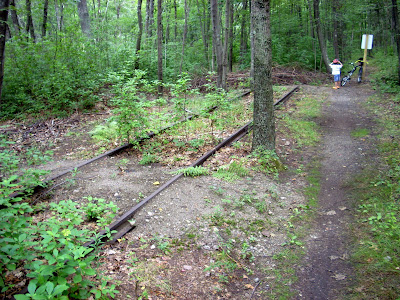 Love how the existing rails have been incorporated into trail 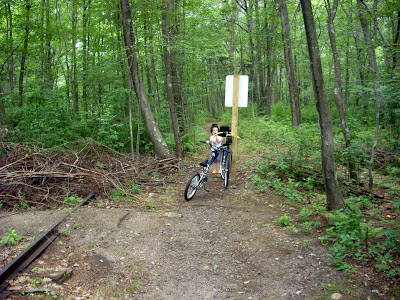 If you haven't figured it out already what's wrong with the sign, it's facing the wrong way!  My bike is pointed in the direction of travel coming down the trail to this point and it appears that one can easily pull the sign out of the ground and turn it around.  Also, I thought there would be more stuff blocking the trail to keep people from continuing north but that twig pile doesn't seem to be doing the job. 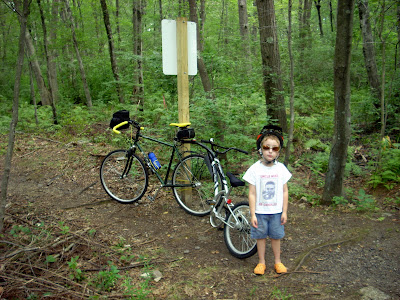 From here, Brodie and I headed all the way down to entrance to Wolfe Park, turned around and headed back to Pepper Street.  It was a nice 9 mile jaunt and riding the Stinson was a blast.  The extra weight from my son and the trail-a-bike made for a really nice workout.