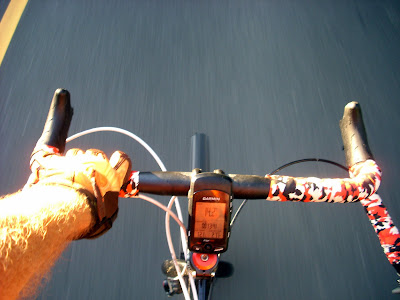 My Qball monster crosser was looking neglected when I returned from Wednesday's Bike Commute so I decided to ride it on Thursday.  It felt great to coast again and the Kenda Cross tires are really nice on the road, much better than actual 29er tires.  Of course, after Wednesday's ride all my road kit was pretty geschwitzed so I opted for mountain gear instead. 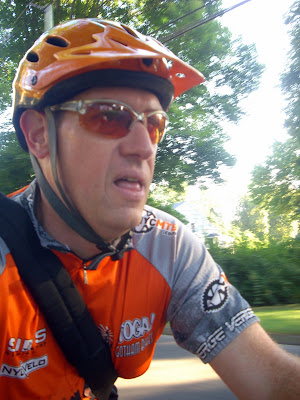 Still riding with the Timbuktu although it's problematic because it doesn't stay in one place and I have to keep adjusting it.  The trade off is a back pack and a sweaty back.  I might try using a waist strap on my next commute. 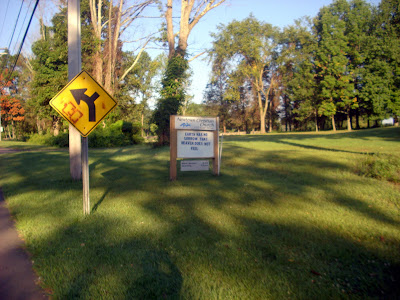 Nothing terribly inspiring at the Newtown Christian Church.  Some where near hear is a Tibetan Monastery, I wonder what spiritual guidance they profess.  I would imagine it might be something transcendental or zen like. 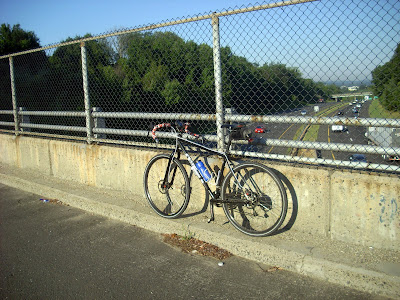 I did the long distance route today, in both directions for a total of 28 miles round trip.  I actually met another cycle commuter dressed in racing kit on a Cannondale.  I have seen this guy before along this stretch of Vail Road so I am not the only one doing this but probably the only riding fixed most times. 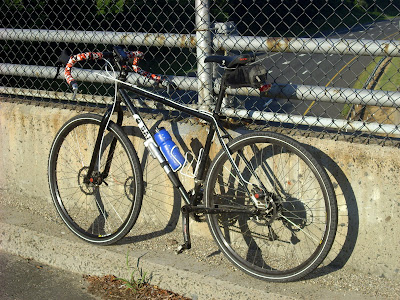 Qball looks nice in the office 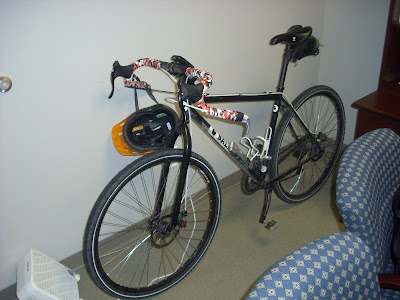 Below is the route profile.  I think that if I am going to ride geared that I have to take the hilliest route.  That means I will have start riding Castle Hill 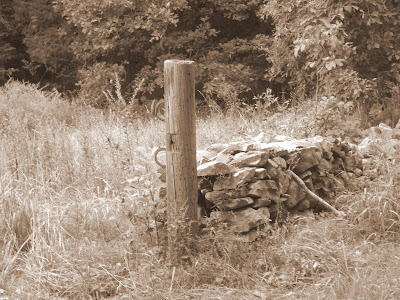 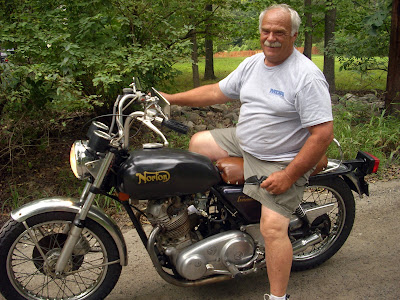 On the way home I met up with Tom, who helped me build the Gussy Trail.

Wednesday's route
On a personal note, I am 19 miles shy of 1000 miles for the year.
500+ miles is mountain biking on trails
The rest is split up between commuting, riding greenways,
and some road riding that I did for the Bloomin Metric
at 5:54 AM