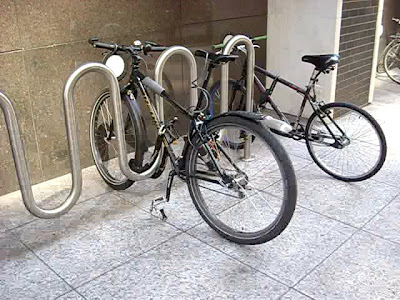 I came across this commuter on 46th between Park and Lex. When I saw that is was a D660 I was really excited - a 29er in the City! Woo Hoo! 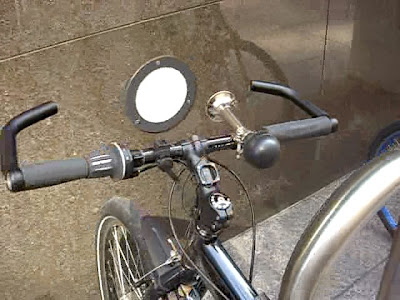 Cockpit was unique with horn, huge barends, a grip shifter on the left side and it looks like there is a mount for a Garmin Edge 500 and one of the 205/305/605/705 bike computer gps series. 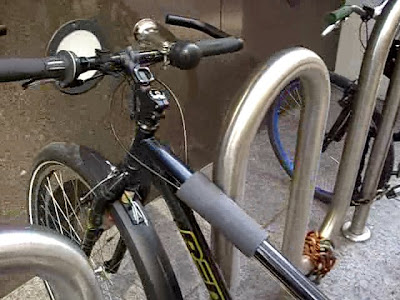 Pipe insulator for a junk/top tube protector. I also like how he using a cork to push into the bottom of the steering tube and then attaching the bottom of the fender to it. I have something similar that broke that could be remedied just this way. 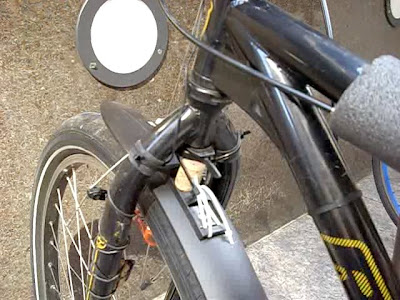 At first the rear derailleur threw me and I thought, OK, he's using it as a tensioner but looking at the drive train closer and noticing that there was a twist shifter on the left grip led to the discovery of a truly unique style of bike, a dinglespeed! 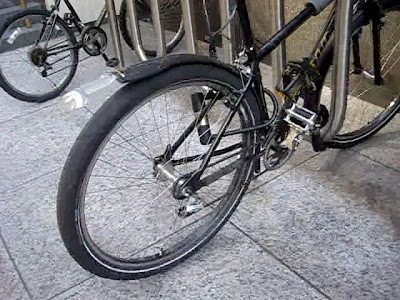 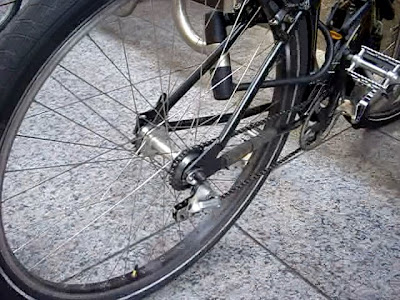 sitting next to the Dinglespeed is another Redline, a 26" wheeled Monocog. What's the likelihood of finding two 'Cogs parked to one another in NYC at the same time? 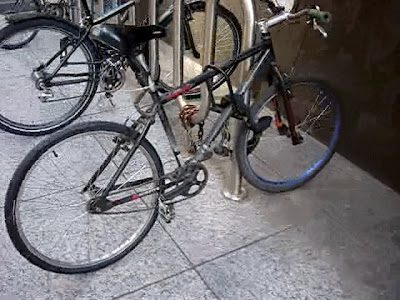