First time out this year on the fixie and while I wanted to ride at least 20 miles but I had to settled for 7 instead. So I made up for the lack of distance by riding a greenway with some awesome hills. It's called the Middlebury Greenway and it encompasses an old Trolley bed from the 1900s that went from Waterbury to Woodbury. The Middlebury Greenway is all there is left to remember this line and as you can see from the profile, there were a few steep inclines. 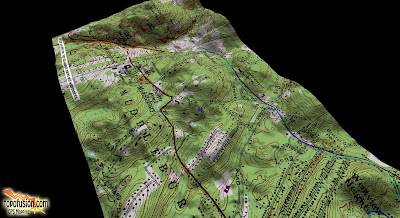 Pulling a 25 lb trail-a-bike with a 30 lb kid made the workout all that much better and enlightening. Like heading down the first steep incline and applying reverse force on the pedals I was maintaining a controlled descent when my chain dropped! That has got to be one of the scariest feelings riding a fixed gear - all of a sudden your primary means of slowing or stopping just disappeared and now I am picking up speed because I am on an incline. Woo Hoo! Fortunately, my safety and for anyone that might be riding back there (son or daughter) I always have a hand break. 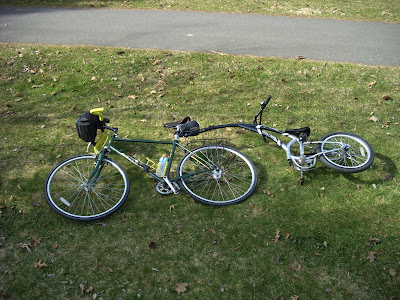 Another thing bothering me was when ever I was climbing the bars would move to the right. I know there is a lot of tension on the frame while crawling up the hill but this is the first that I have seen that. I actually had to stop, get off the bike, and straighten the bars about 3 times. 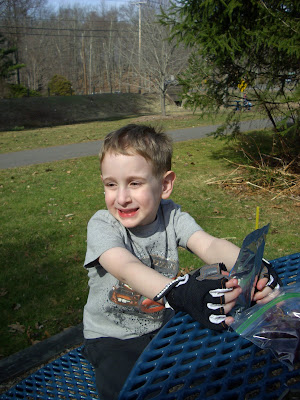 A little snack in the flats 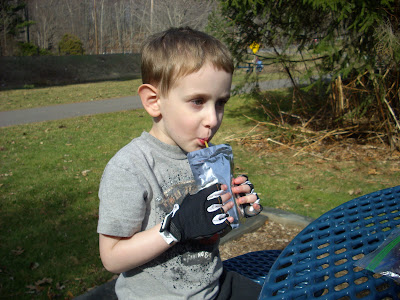 It seems with my first two kids, riding was all about the snack. With this one, it's about the ride (and the playground at the end of the ride). 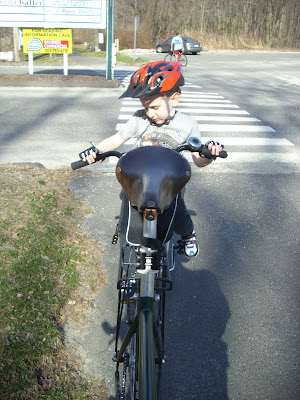 Get ready for the last climb 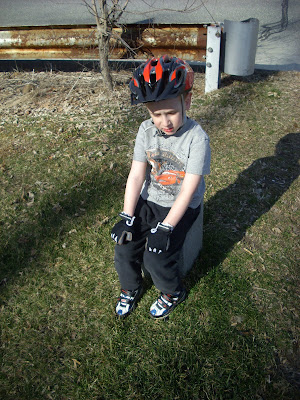