Whole Foods has a bar? 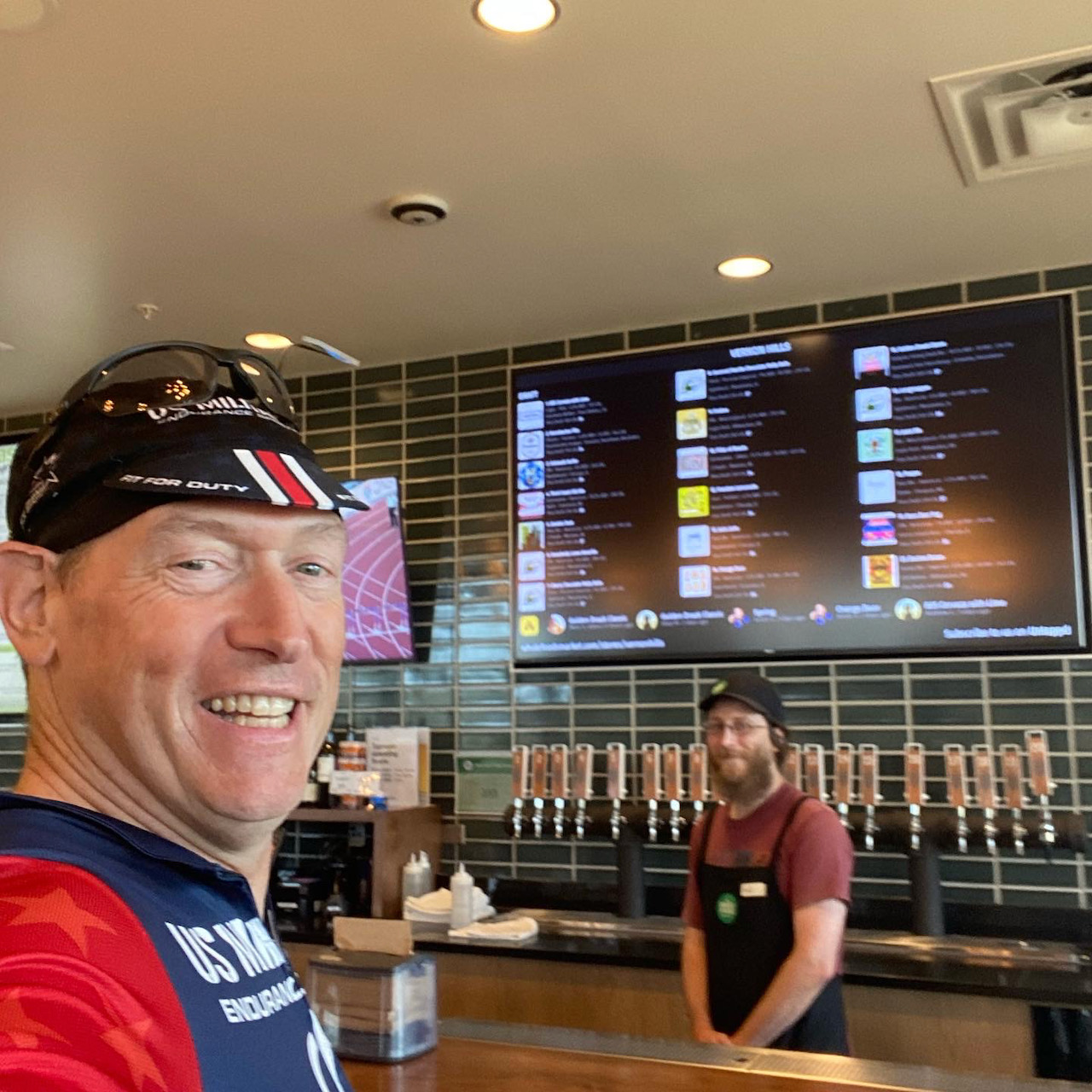 Up until this point I have basically just been riding solo but I had been continually keeping an eye out for a group to join. Through one of the cycling Meetups I found a post from a northern suburbs guy looking for others to ride with so I messaged Darren and said that I would love to ride with you since I am in the same vicinity. 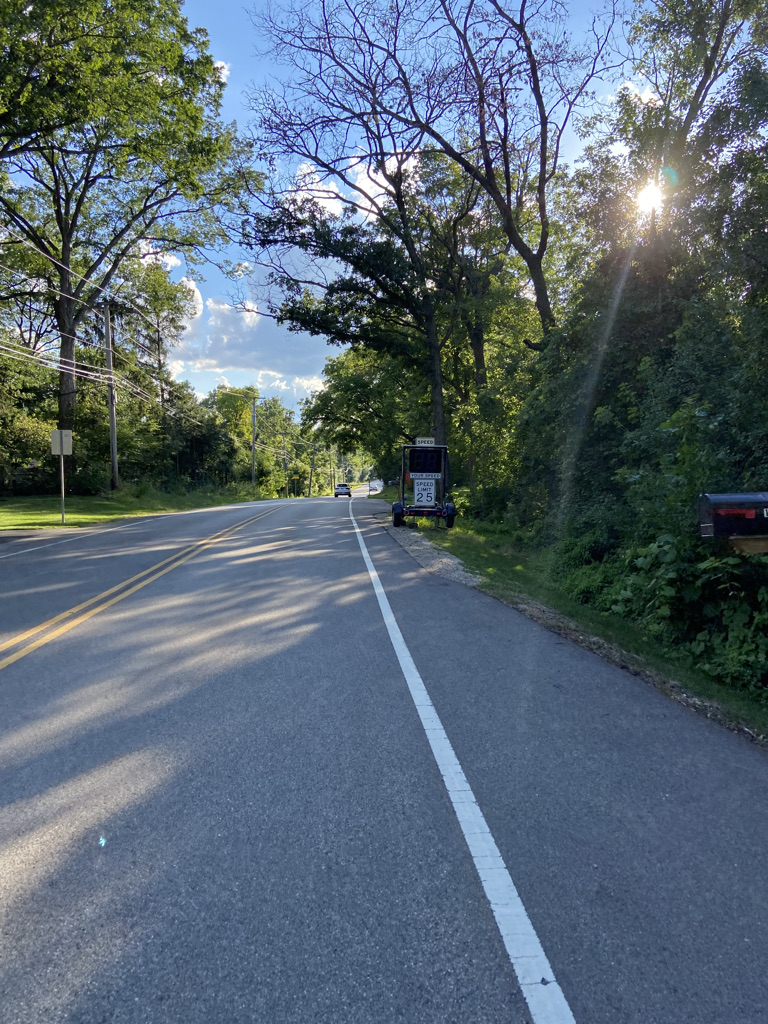 Darren suggested that we meet at Captain Daniel Wright Woods park in Mettawa as he and his buddy would be riding over from Lake Forest.  I was done with a work a little early so I kitted up and as I was leaving the bat cave I text Darren that I was on my way but probably going to get in a little extra credit since taking a rest day following my cramping episode. 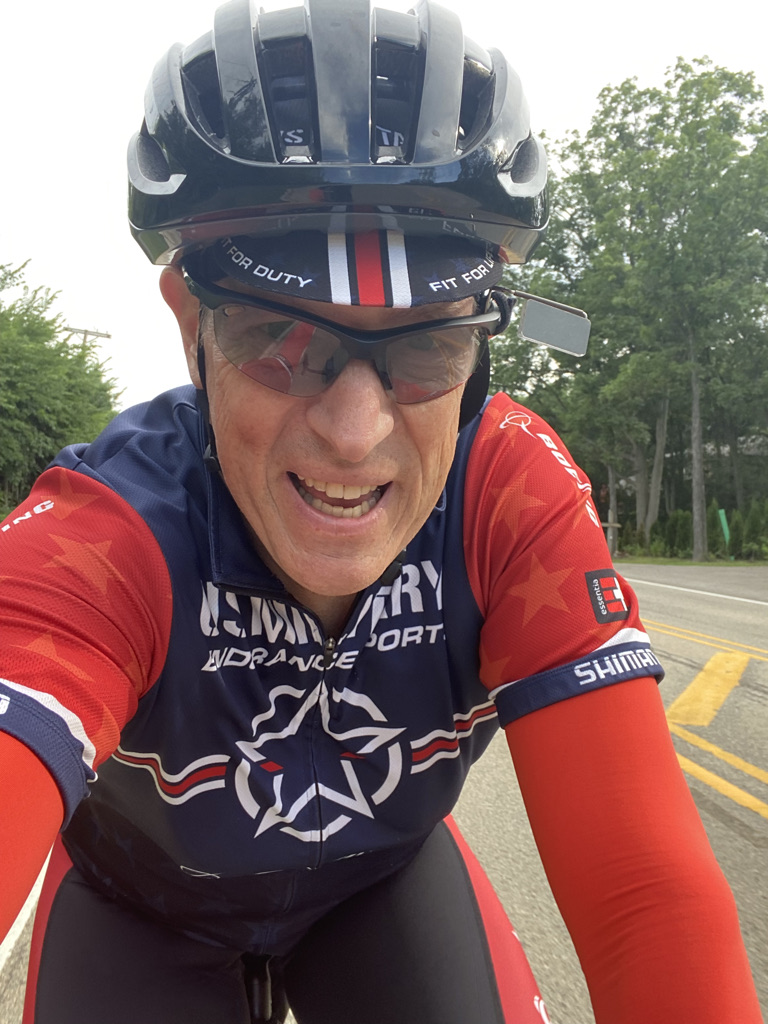 Darren wasn't ready and wouldn't be at the meeting point until 7 PM. The beauty of Chicago in the summer is that it stays lighter longer in the evenings.  I started out slow because I still had some soreness from the cramping but then after 5 miles I was feeling pretty good so I put the hammer down and rode all the way to the North Shore Bike Path in Green Oaks.  I headed south on a popular biking route called St Marys Road, which lead me to where I was meeting Darren. 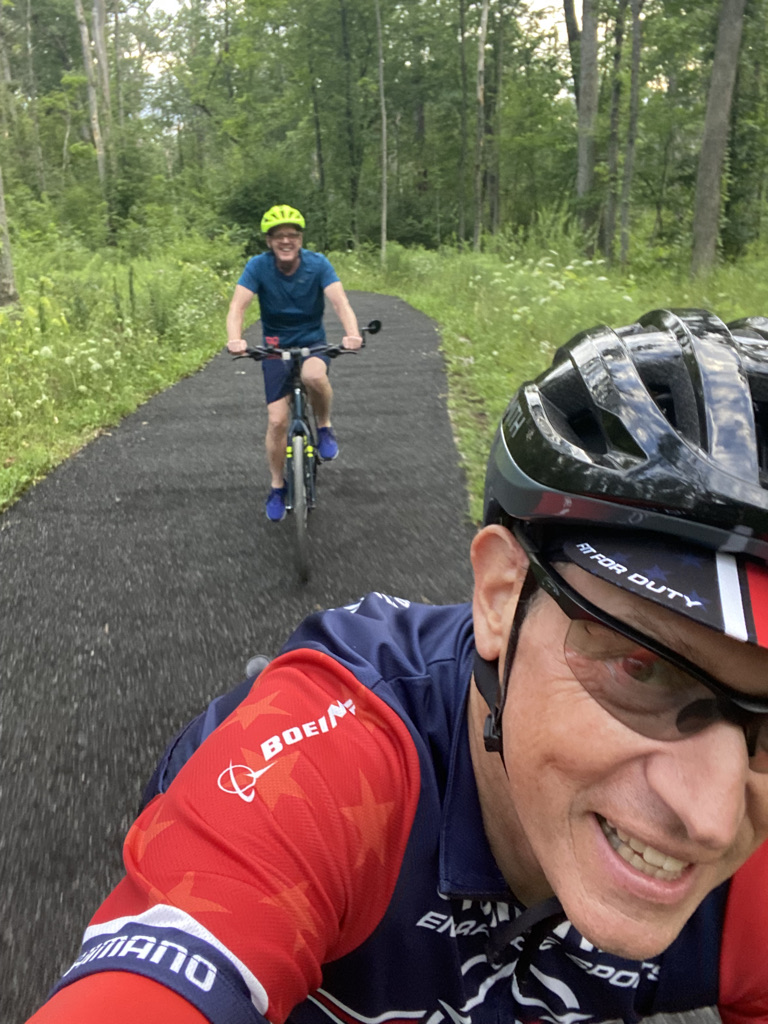 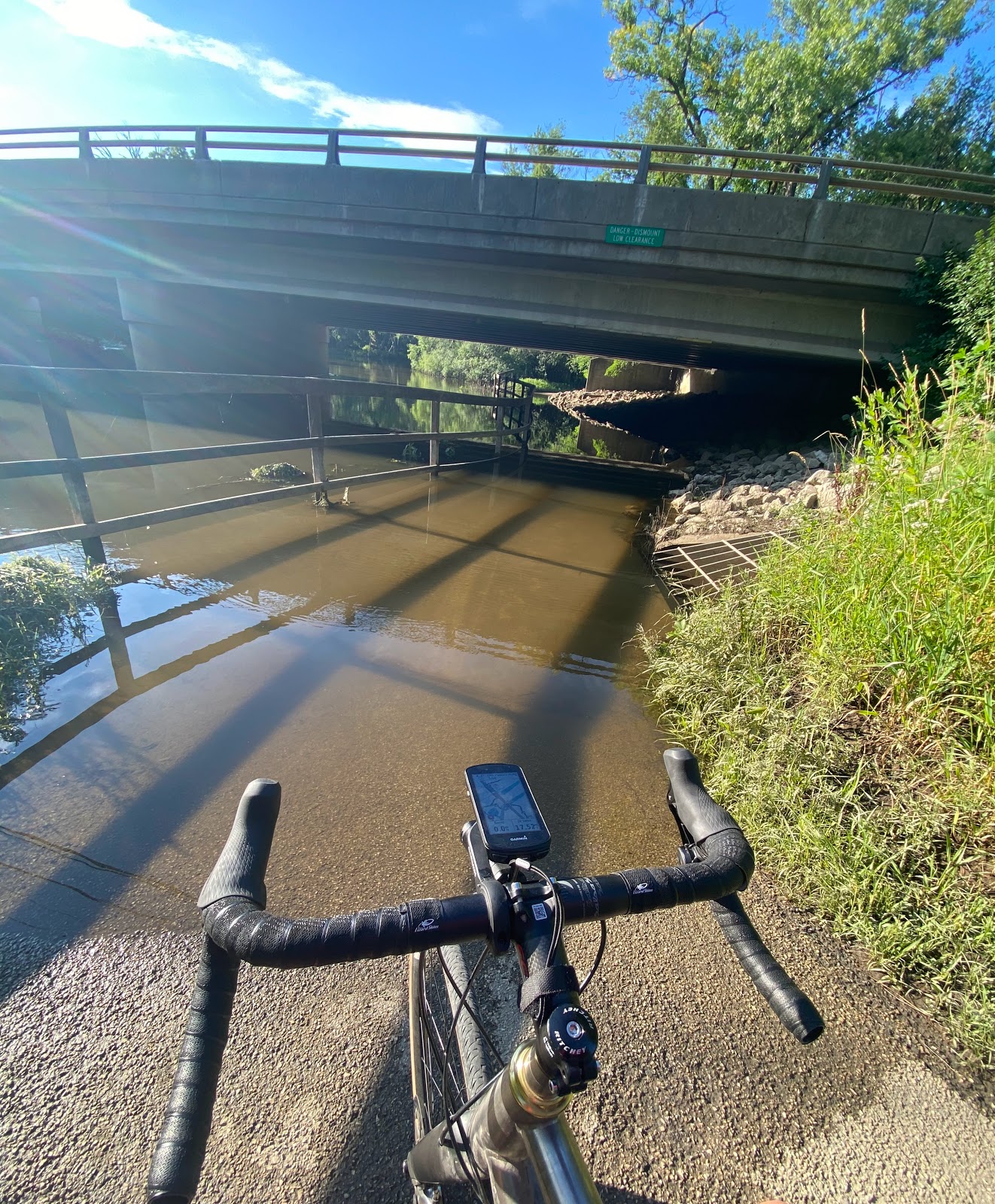 From here we headed over to the nearby Whole Foods and apparently all the Whole Foods have beer bars! I had the Long Snap from a local brewery called Tighthead and it was great.  One thing that I have noticed about the local breweries here in the Chicago area is that while they might have a New England IPA or something equally juicy they offerings lean heavily towards lagers, pilsners, and wheat beers.  Guess that German influence is hard to shake. 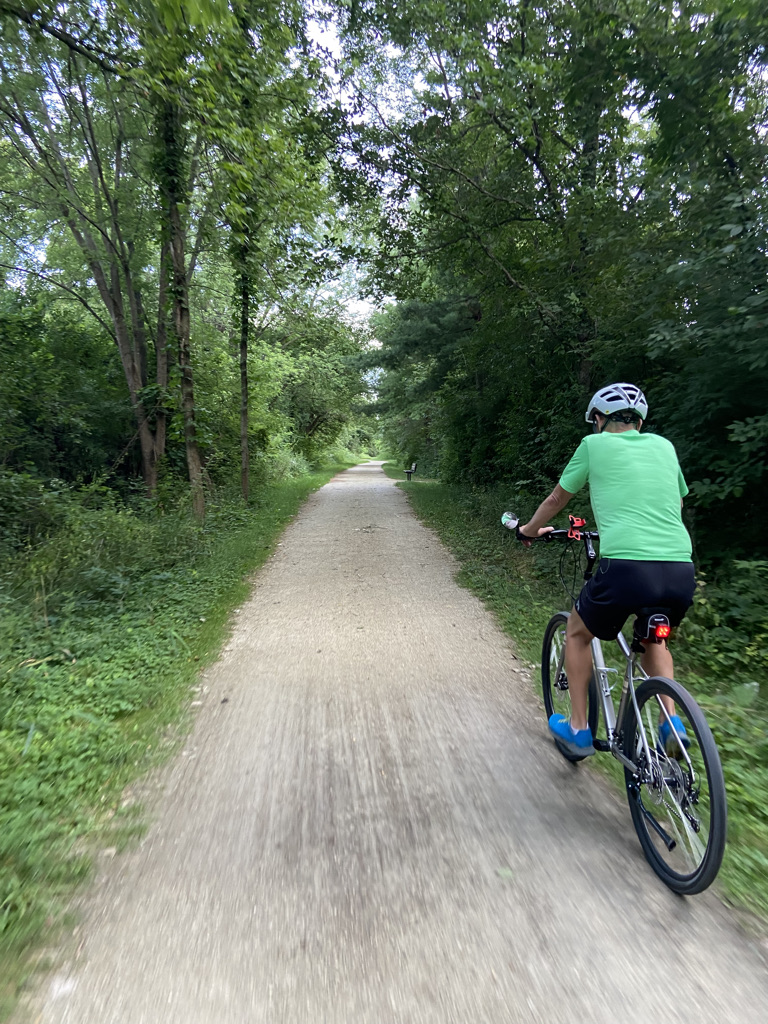 We rode back to the park and then rode together back on Everett Road and parted ways at Telegraph Road.  I got about a mile down the road when I realized my rear tire was getting soft.  Not again!  I shot some CO2 into the tube and picked up the pace hoping I could get back without having to change the tube again. 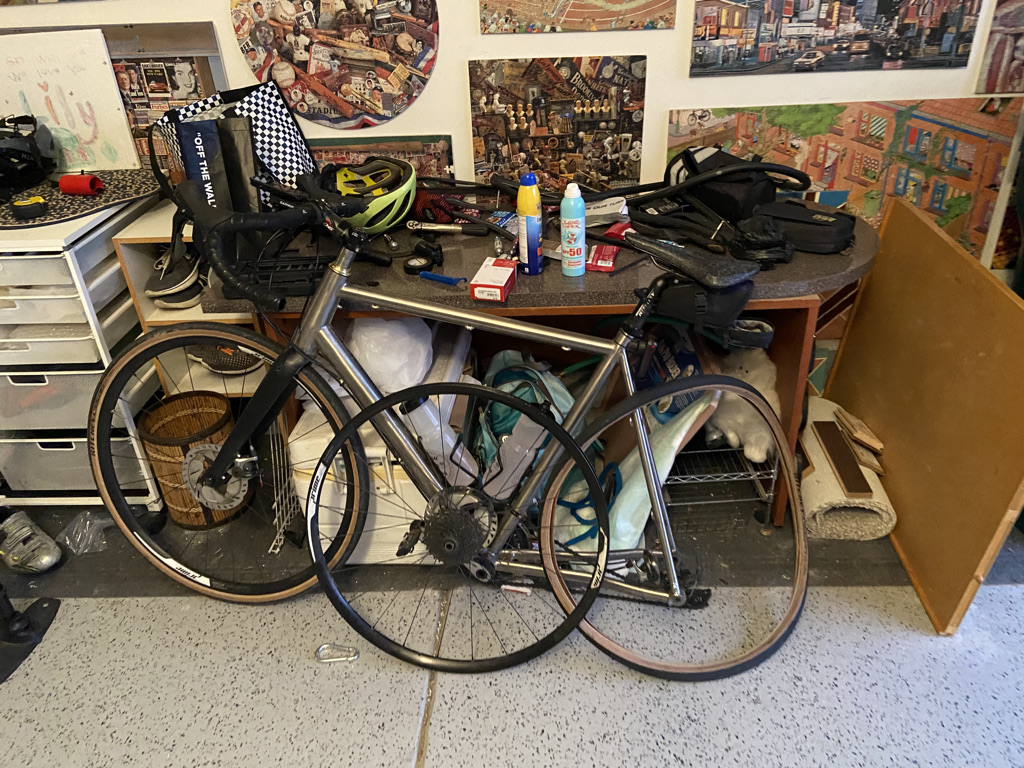 I got back to my Aunt's house with just enough PSI and then took the rear wheel off and inspected the tire. I found a thorn that had pushed through the tire that gave me the flat.  I had about 2,800 miles on this tire and it was clear that it was time to replace it. I ordered a new tire and some spare tubes but I forgot to make sure the delivery address was my Aunt's house and not my place back in CT. When I got the notification that the new tire was delivered there was no new tire delivered to me here in Northbrook, it went to CT. 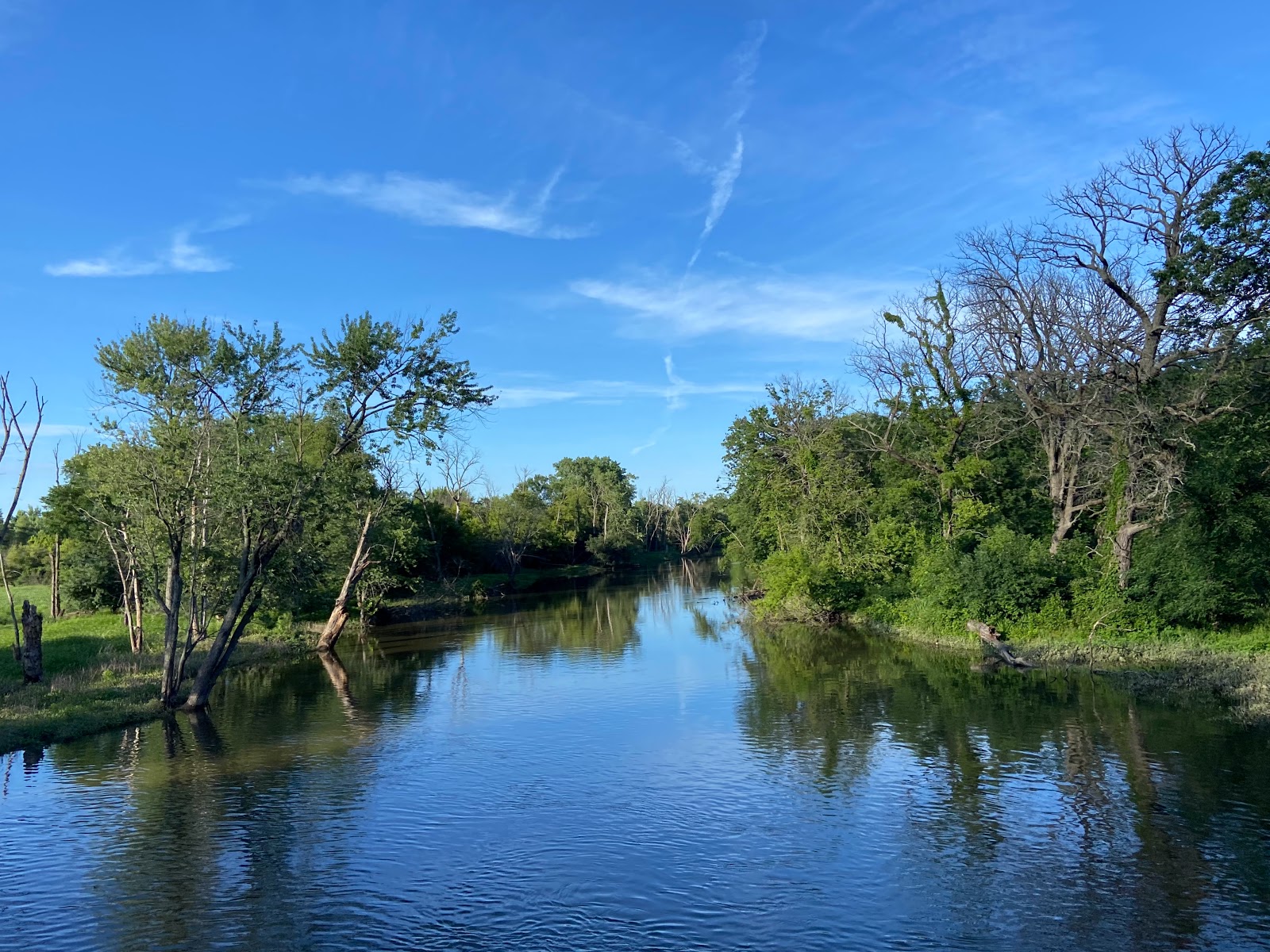 I went out and got a patch kit thinking I might have to patch the tire but after inspecting the inside of the tire I couldn't find the holes so looking at the outside of the tire I found two places where the tire was cut or punctured and put dollar bills on the inside behind those locations. I patched the tube and put everything back together. Pumped up the tire and watched it to see if it was losing air but it wasn't.
at 10:00 PM