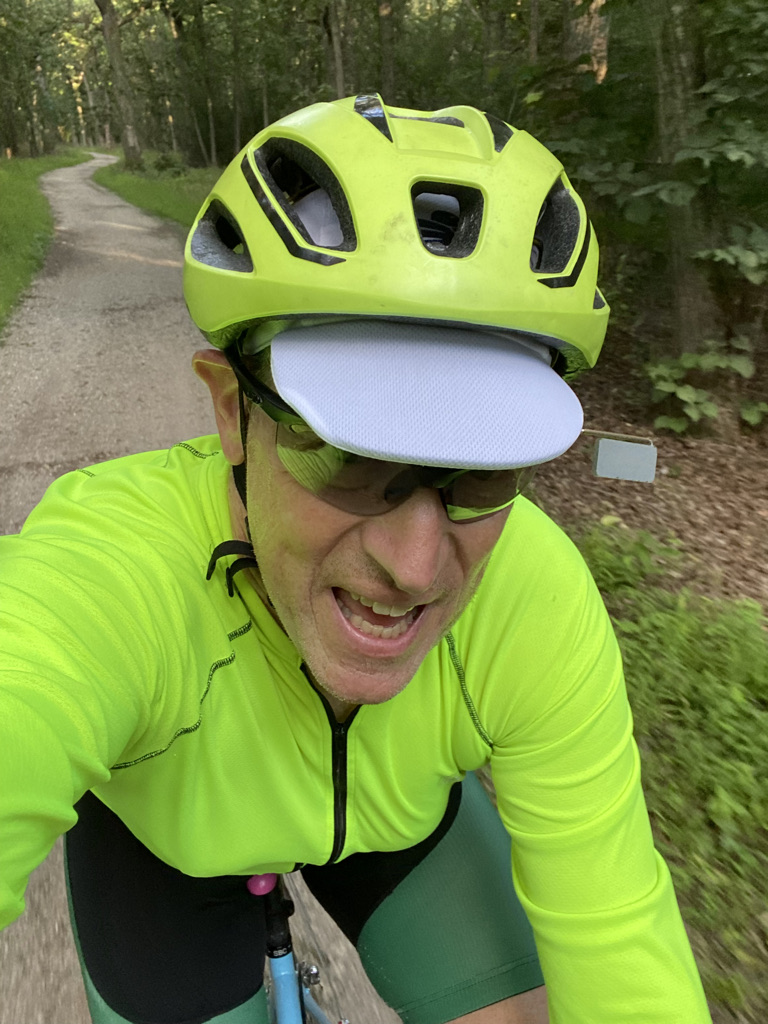 After over two hundred miles of riding on the Waltly it was time to give JustGoodBeers some lovin. Afterall, why did I bring it in the first place if I wasn't going to ride it? 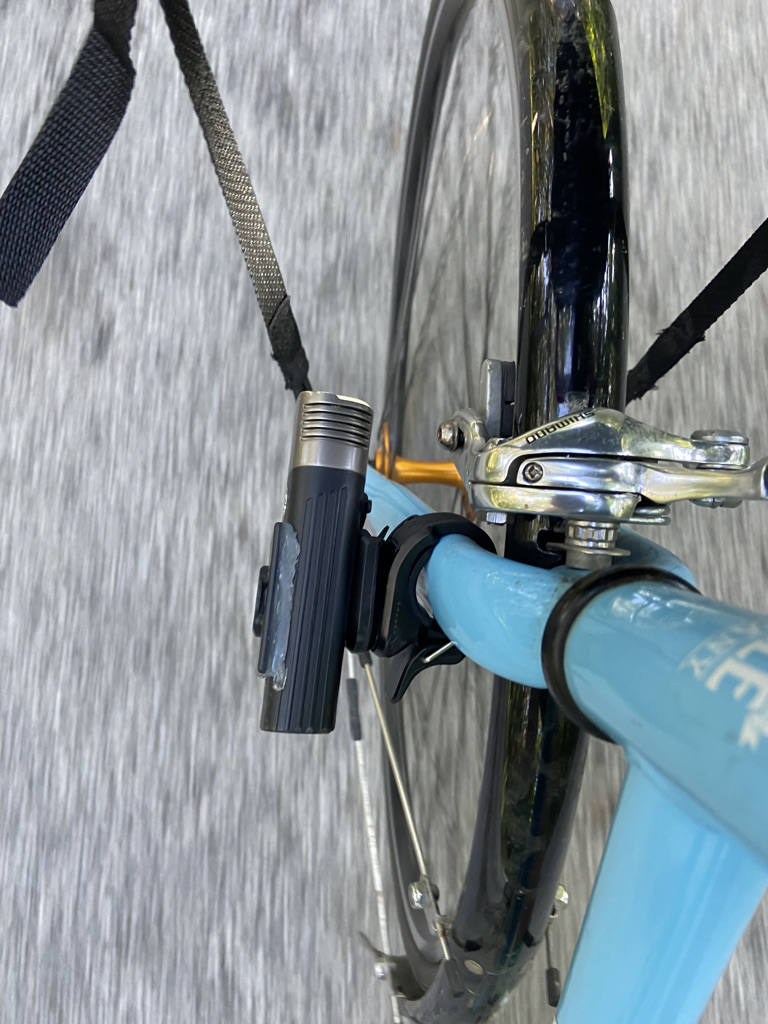 I headed out on the Des Plaines River Greenway Trail and I figured this would be a good test to see how mounting my light on the fork blade would hold up. The reason I have to mount it here is because I installed my vintage Cannondale handlebar bag on the front of the bike for commuting and it will allow me to remove my seat pack so I can install another water bottle cage on the seatpost for longer rides. 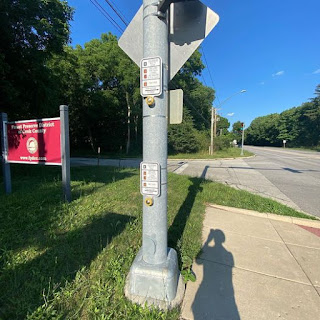 After leaving my Aunt's house I got about a mile a way when I realized I forgot my water bottle so I headed back for it. Then when I got to the other trail head, there was no route under the bridge so I had to head back the way I came and cross over Dundee Road to get to the other trail head. Looks like horses use this trail because there is a crossing button for the rider. 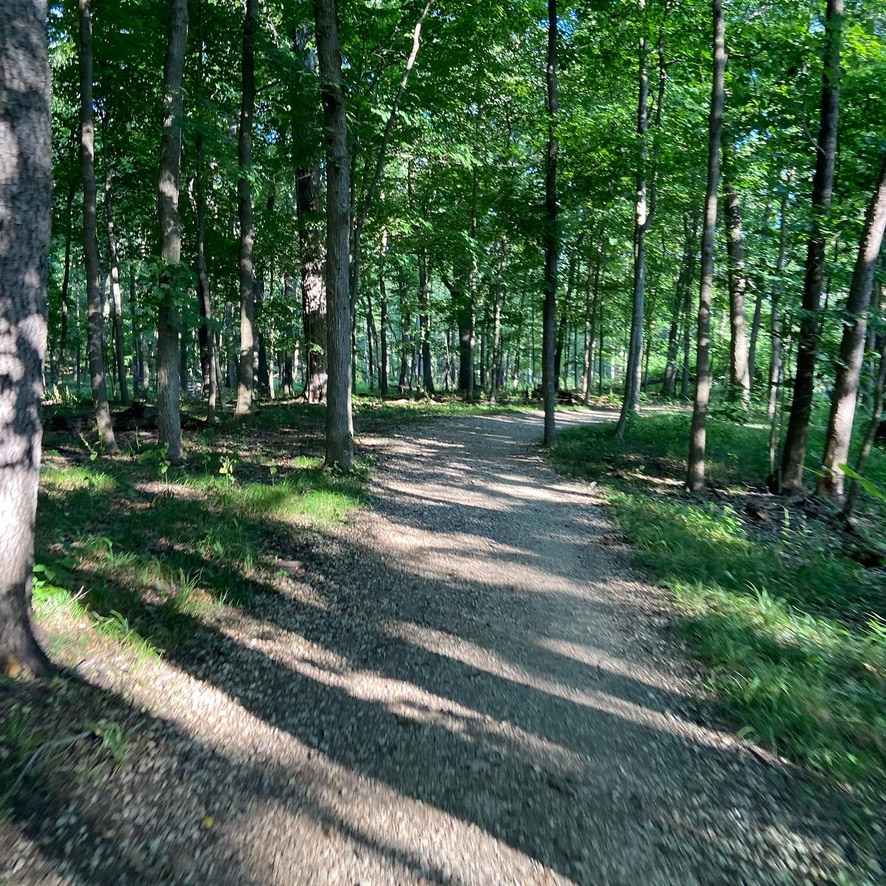 The trail through Cook County after Dundee Road is a lot better than north of it.  It was nice and shady which helped because this was one of the hotter days this week. 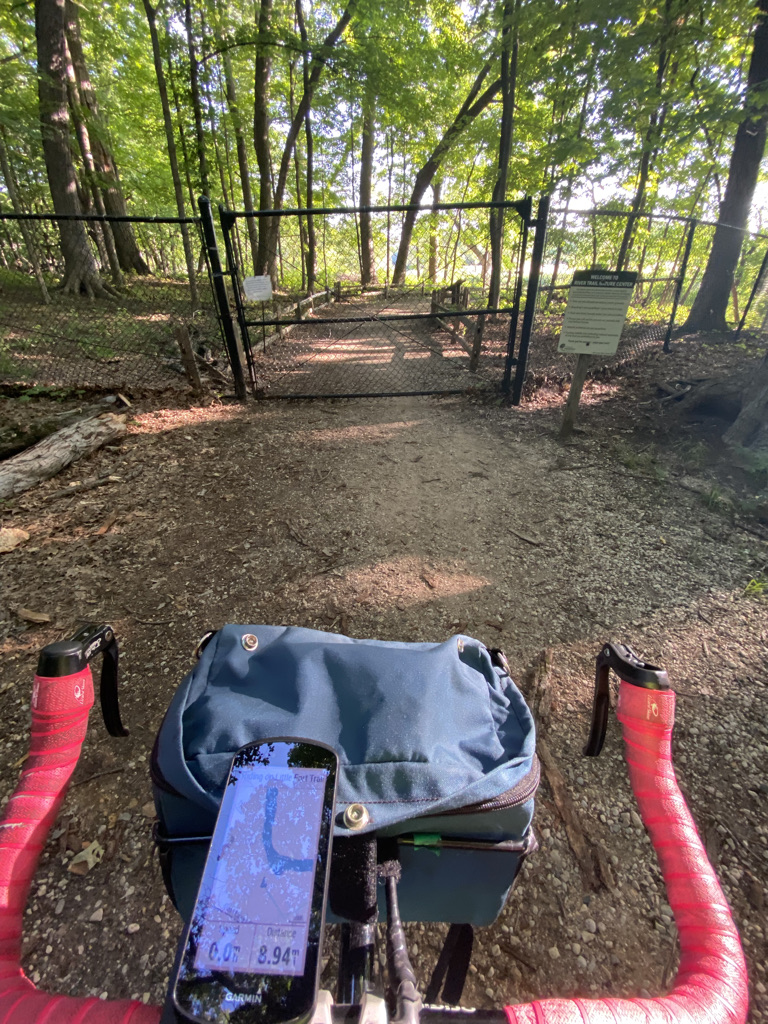 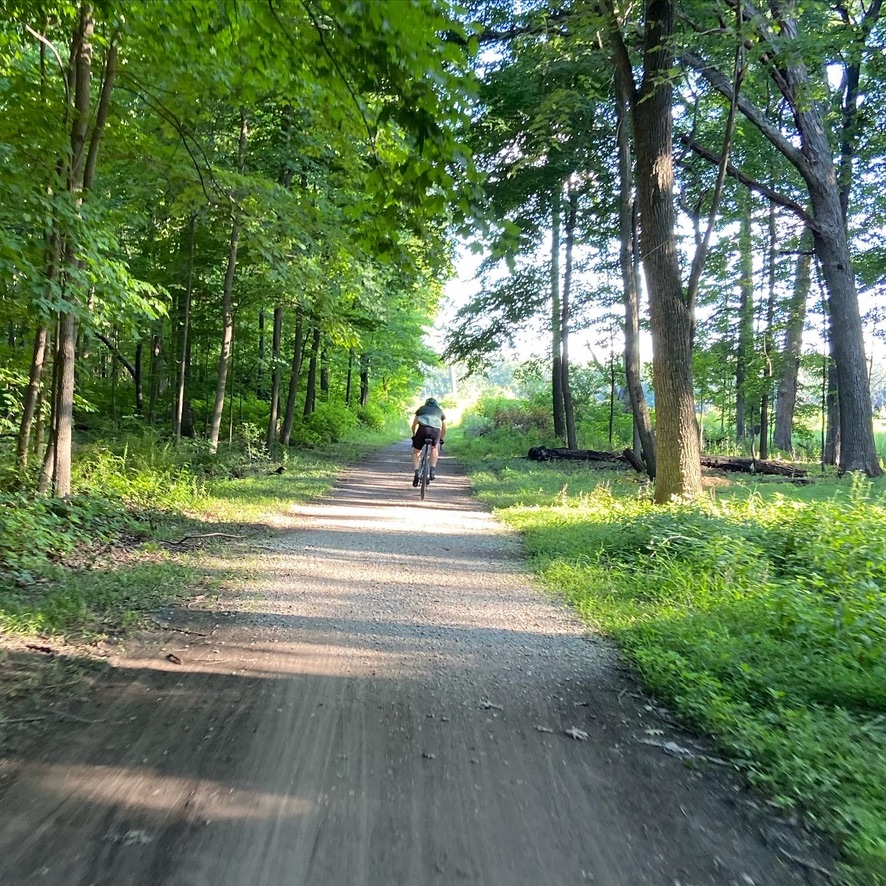 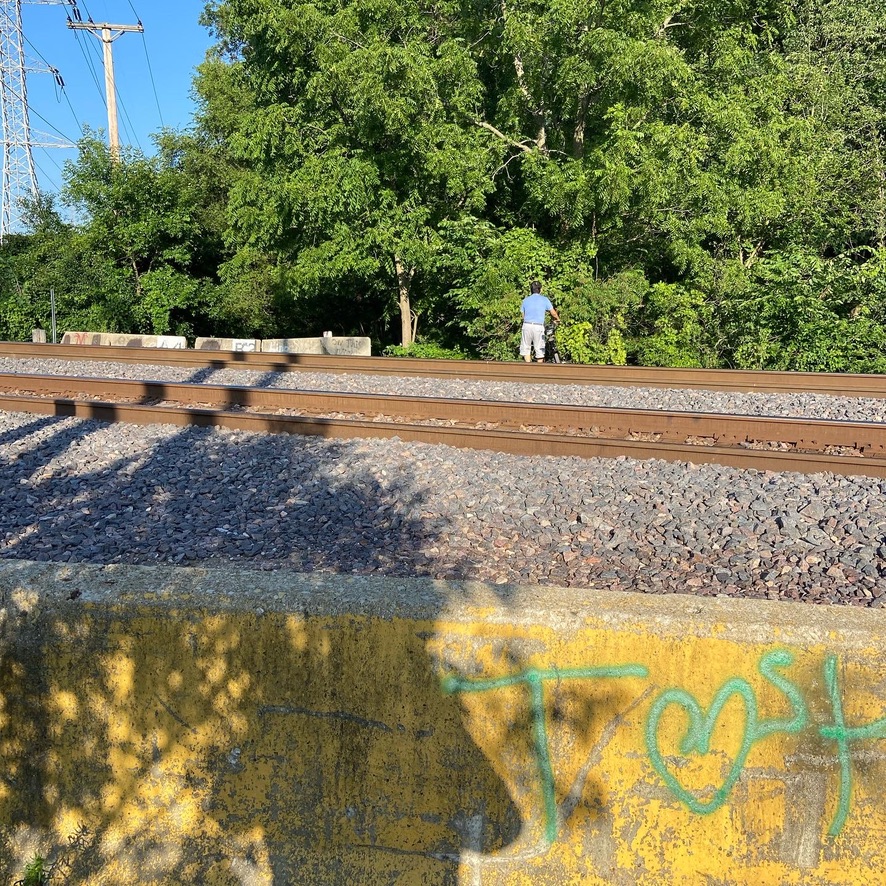 Then the trail ends at some railroad tracks. Before getting to this point there were signs saying that the trail ended here but I thought that was funny because why would they continue the trail if its going to end at the tracks. Apparently, you can walk your bike over the tracks and get back on the trail. 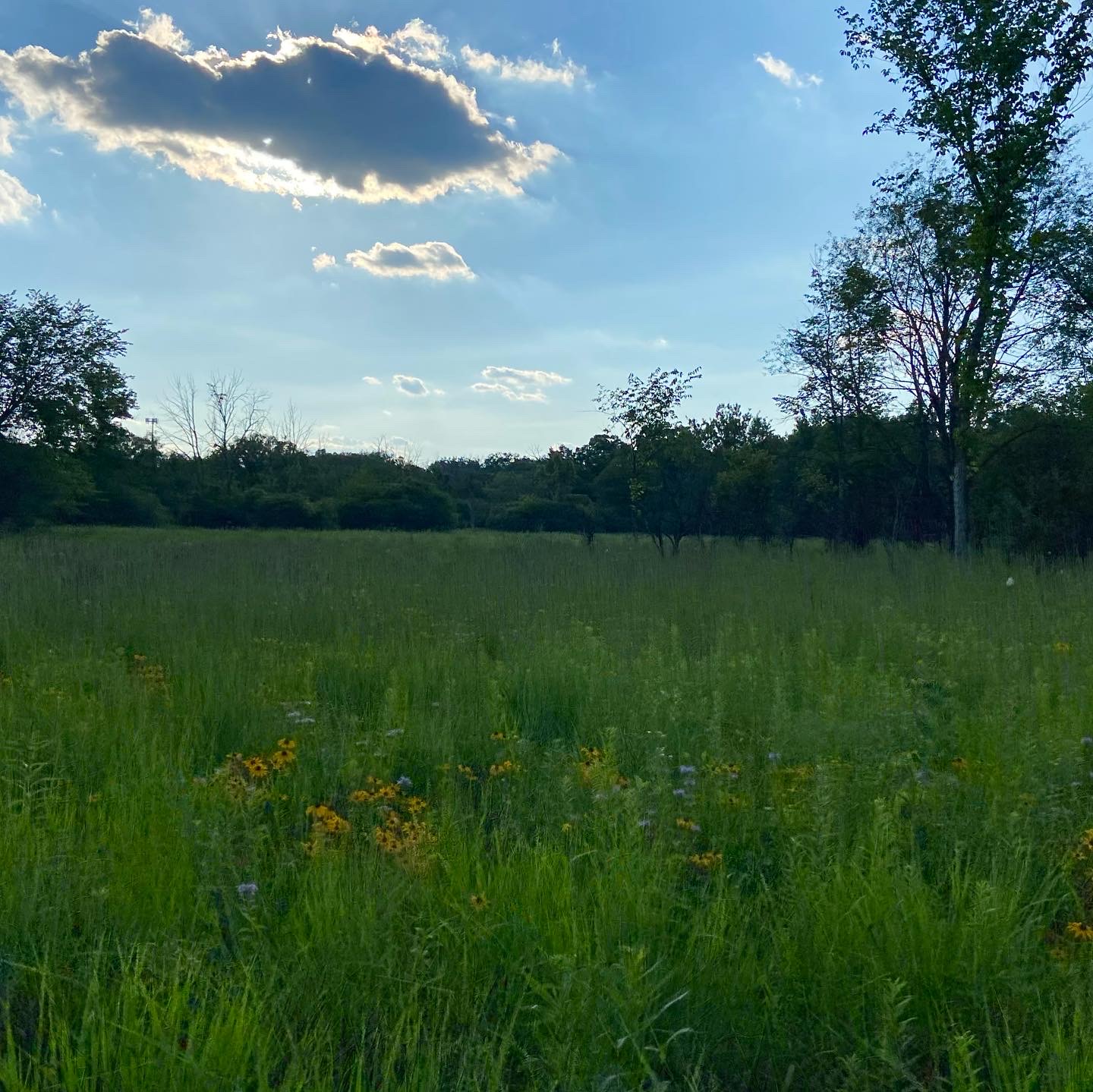 I could have kept going but decided to head back. I was on some roads for a mile or two until I found the trail again and just took it back because it was easier than trying to find a road where cars weren't flying down it for the evening rush. I ended up going back into Lake County and then coming back on roads through Lincolnshire.